The coolest places to eat in Manchester

Here, in partnership with the Top 100 Restaurants in the North West guide, we’ve collected together some of Manchester's coolest places to eat, from laid-back suburban bistros to a back street sushi cave. 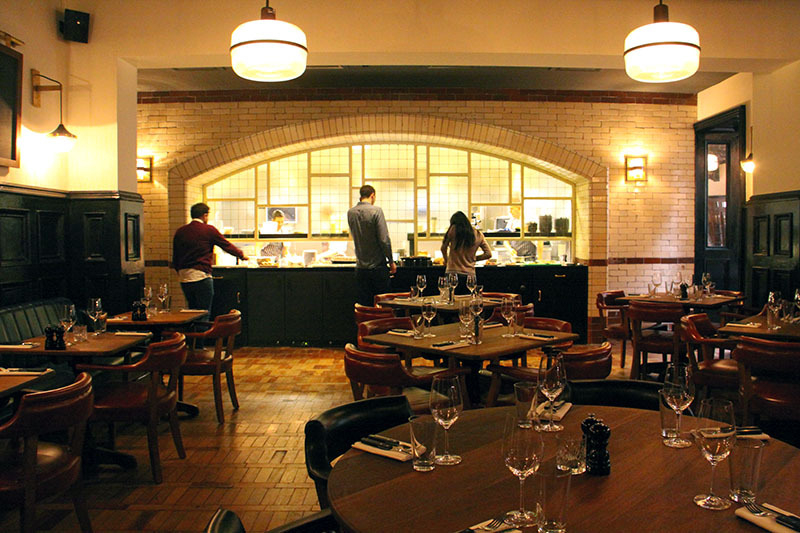 The best steakhouse in the North? Probably. Opening on Deansgate in 2015, the first Hawksmoor steakhouse outside of London is a confident affair. Steak and attention to detail have created a branch like no other. Packed with nooks and crannies, the wood-lined former court room feels unpretentious and the Mid Century light fittings, sourced from the US, reflect the subtle good taste at work. Choose from huge sharing cuts such as T-bone, Porterhouse and prime rib, and starters such as Caesar salad with airy Doddington shavings, an artisan burrata made in Wiltshire or sticky or rare breed Old Spot belly ribs. Seafood is another strength. Drinks take in classic cocktails and ‘Sharpeners’ - we recommend the Hawksmoor Collins and ridiculously gingery Shaky Pete’s Ginger Brew - while the wine list is packed with intriguing, accessible wines. A reliably brilliant experience. 184-186 Deansgate, Manchester M3 3WB 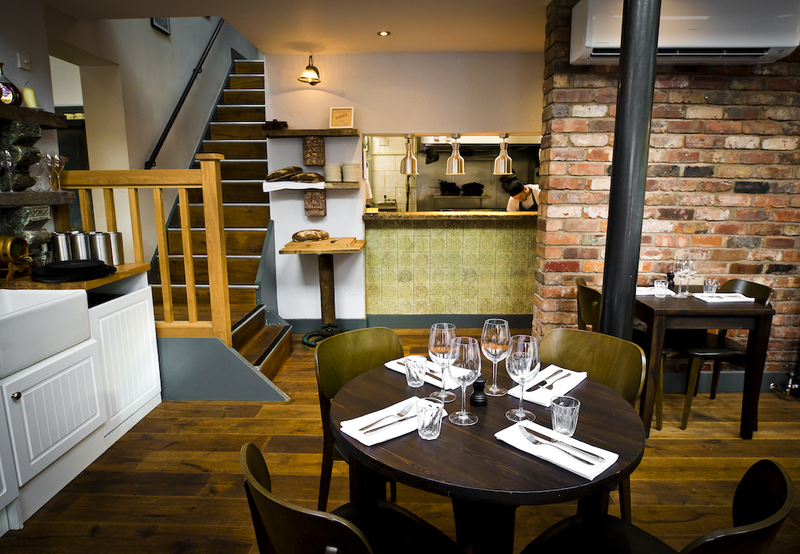 Hispi is, quite simply, a great bistro. Third in a small chain of restaurants conceived by Gary Usher, the concept started with Sticky Walnut in Chester, a neighbourhood operation which scooped AA's Restaurant of the Year in 2014. Expect chunky British food, with fresh ingredients and tasty results: beer-battered salt pickles with parsley and tarragon mayo; roasted butternut squash and goats curd linguine with ‘sticky walnuts’; featherblade beef with truffle and parmesan chips, and homemade Eccles cake with whipped cream or perfectly pulled off custard tart (one of Confidential’s dishes of the year 2017). Space-wise it's spartan with comfortable seating placing the focus firmly on food. And drink. Choose from four bespoke brews created by Manchester’s Blackjack brewery, fashionable orange wines, Turkish varietals and more. Premier Cru Vallet Frères Beaune is a favourite at the top end. 1C School Ln, Manchester M20 6RD 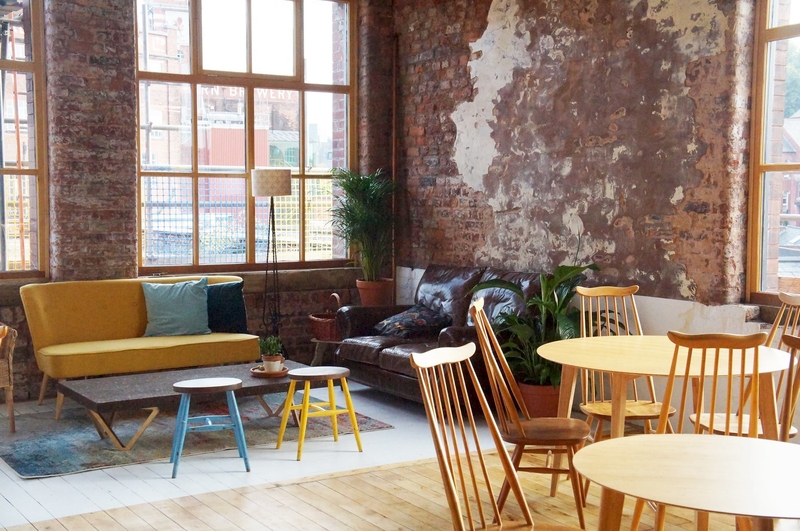 Where The Light Gets In

With no menu, esoteric wines and a Michelin star price tag, WTLGI doesn’t adhere to the typical fine dining formula. But it’s been a success for Stockport, thanks to chef-patron Sam Buckley’s belief in doing things his own way. His aim is to create ‘a dining experience from the day’s catch, harvest and slaughter’ and to treat staff ethically and as part of the restaurant’s collective consciousness. Refreshingly, the diner plays a central role in this food-led production. What with there being no menu, the experience changes with the days and seasons, but dishes Confidential writers have enjoyed in the past include chestnuts foraged that day in Delamere Forest, lemony sprats with curd-topped scrap of poppadom and deep-fried slivers of bull’s testicles, smeared with tart quince puree. Wines are a fair match for the Buckley ethos; often natural and biodynamic, several are sourced from specialists such as Settle’s Buon Vino. Open minded diners welcome. 7 Rostron Brow, SK1 1JY 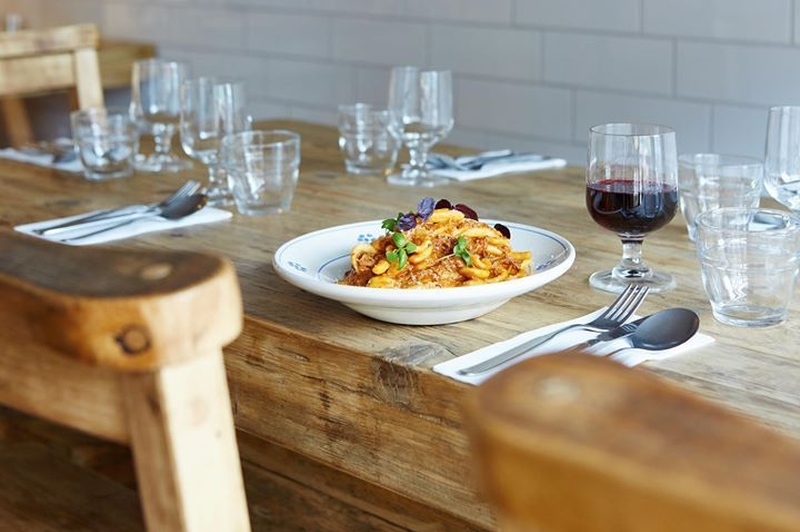 An Altrincham success story recently moved to Ancoats, this Puglian-inspired restaurant was launched by former Honest Crust workers Alex De Martiis, his brother Micheal and Jonny Marcolgiese. Sugo doesn’t do pizzas, or a lot of choices at all – and the emphasis is very much on homemade pasta and the best Puglian produce they can get their hands on. Dishes change often but house ‘sugo’ (meaning sauce) could be a slow cooked ragu of beef shin, pork shoulder and nduja, while other options include Parmesan Foglie di Ulivo with a San Marzano tomato ragu, basil, Parmesan and Puglian burrata, or a dish of mussels, baby squid, king prawns in their shells with chilli and ginger. One of Manchester city centre's busiest newcomers, and for good reason. 22 Shaws Rd, Altrincham, WA14 1QU and 46 Blossom St, Ancoats, Manchester M4 6BF 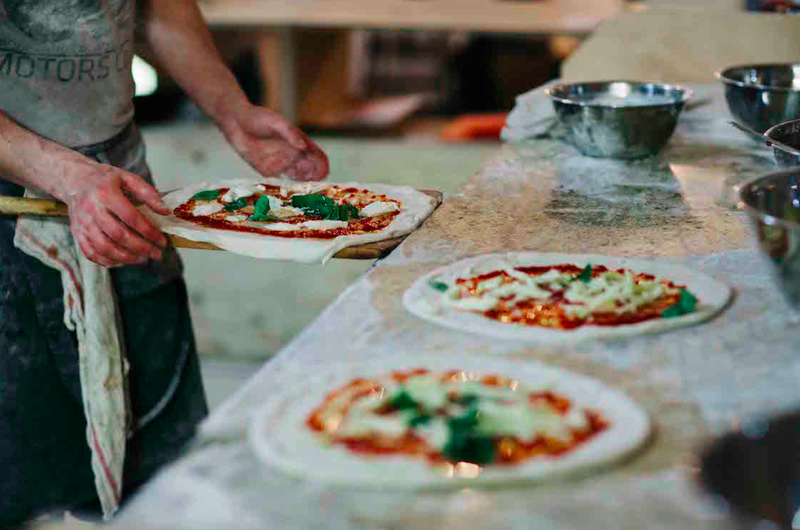 Listed amongst the world’s best pizzerias in international pizza guide Where To Eat Pizza, Rudy’s has grown from a pop-up pizza project by Neapolitan nerds Jim Morgan and Kate Wilson into a full blown word-of-mouth phenomenon. Queues were (and still are) a regular occurrence outside the original, if a little awkward Ancoats branch, opened in 2015. However, a bigger, bolder and meaner site, opened on Peter Street in 2018 following investment by new backers Mission Mars (owners of smash hit Albert’s Schloss next door), mean punters no longer face such an agonising wait for what many believe to be the best pizza in the North West. 9 Cotton St, Manchester M4 5BF and Petersfield House, Manchester, M2 5QJ 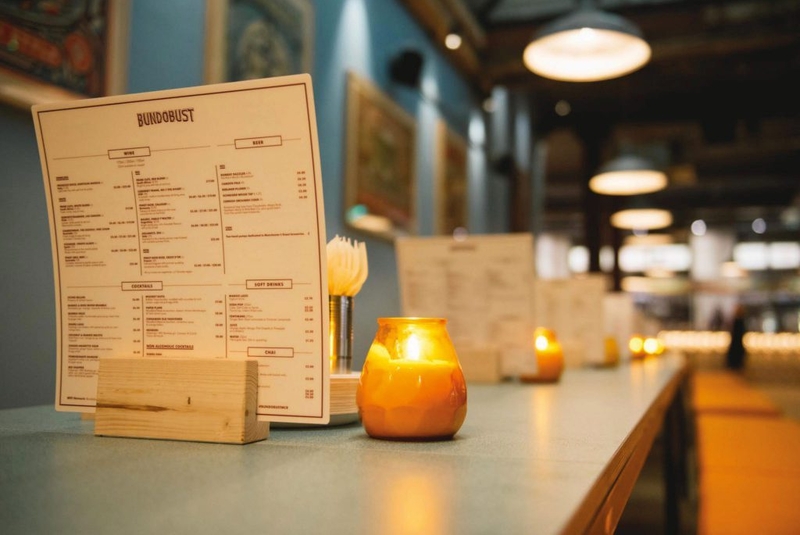 Veggie Bollywood blockbuster serving Gujarati street food and the best in craft beer. What initially looks like a subterranean beer hall with long shared tables down some dodgy stairs in Piccadilly Gardens has, somehow, become one of the hottest dining tickets in town. So much so, last year Bundobust was crowned 'Restaurant of the Year' at the Manchester Food and Drink Festival awards. Not bad going, for a bar with street food. But oh what street food. Everything arrives in coolly branded little tubs costing anywhere from £4 to £7 (£80 will buy you the entire menu). Start with okra fries and Bundo chaat, before dipping into Mumbai-style veggie burgers (Vada Pav) made from spicy mash coated in besan flour and deep-fried, and served with chutneys and hot chillies. There’s a vegan Masala Dosa too, as well as perfect, fluffy rice cushions (idli) atop a thick soup (sambhar) of lentils and aubergine. Wash it down with beers like the Bombay Dazzler, a floral wheat beer tailor-made by Leeds’ Northern Monk brewers, or the excellent Juicy Bhaghra, made by Danish outfit, Dry & Bitter. 61 Piccadilly, Manchester M1 2AG 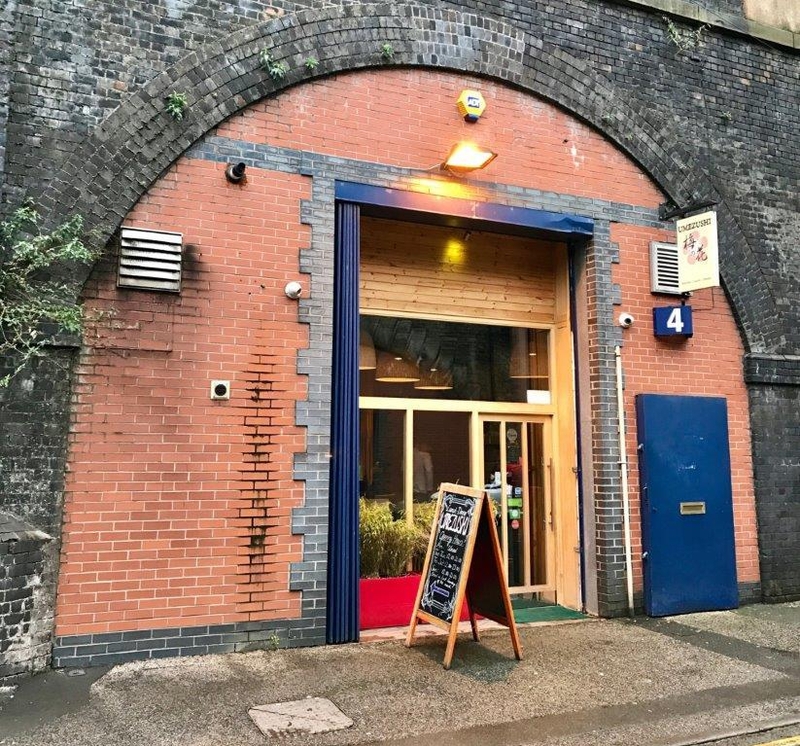 Nose-to-tail sushi from acclaimed experts in an off-the-beaten track location. This sushi restaurant with simple décor comes up trumps in the food department with a menu that changes according to availability and daily specials. Widely regarded as one of the finest Japanese restaurants in the UK, highlights could include Hamachi (Japanese Amberjack) and toro sashimi (buttery tuna belly) or fresh water eel nigiri. Special mention also goes to the wagyu nigiri. It’s a menu to please the most jaded of diners, with fresh locally sourced fish delivered every day and an ever-changing specials board, the choice is extensive. The £64 tasting menu takes in shellfish sashimi, congee, pork with bonito, many ways with tuna and roasted plum-sake-infused pineapple. An understated tour de force. 4, Mirabel St, Manchester M3 1PJ