11 new bars, restaurants and cafes to look forward to

It was getting silly with the new openings. What once required an article every couple of months was fast becoming a bi-weekly round up with new places springing up faster than you can say 'in-house distillery.' But then... well, you know.

As Manchester's eaters and drinkers start to take tentative steps towards their old favourite watering holes, it's time to tell you about some of the folk that have been using lockdown to get their shiny new businesses shipshape.

As always, it's a varied bunch with everything from Asian fried chicken in Ancoats, to an acclaimed chefcooking dinner on the roof of a car park in Stockport. Read on for the resilient restaurateurs opening their doors during the most chaotic time the UK hospitality industry has ever known. 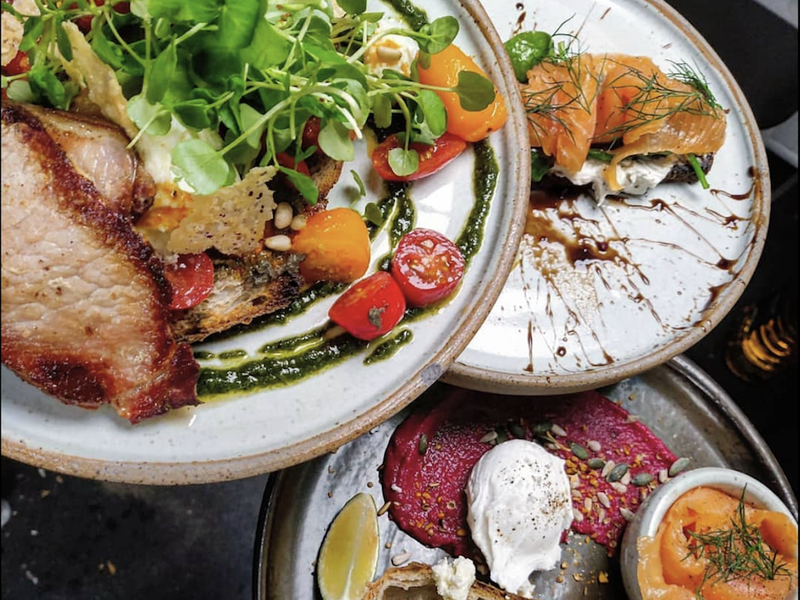 What: Another Heart To Feed

When: End of July

This popular Didsbury cafe (originally in Salford) has been feeding hearts Aussie-style since 2017, successfully staying open for home delivery and takeaways throughout the pandemic. City centre dwellers will now get to enjoy its Antipodean-inspired breakfasts, brunches and coffee - think pumpkin smash with crispy sage, kale, spiced beetroot, feta, toasted pine nuts, pumpkin seeds and a poached egg on sourdough. It is due to open in the space formerly occupied by Patisserie Liberté on Hilton Street in the Northern Quarter towards the end of July.

View this post on Instagram
We may be biased, but we reckon our Shrimp Burger is 🍤 🦐 shrimply the best & its back on the menu from Saturday! Buttermilk fried prawns, red eye mayo, lettuce, slaw & pickles🤤 . . . We’re open 7 days a week in Camden, Brixton & Shoreditch from 4th July. To book visit www.theblueskitchen.com #shrimp #burger #burgeroftheday #shrimplythebest #pun #burgerofinstagram #instaburger #shrimpburger #soulfood #bbq #theblueskitchen #shoreditch #brixton #camden #july4th
A post shared by The Blues Kitchen (@theblueskitchen) on Jul 2, 2020 at 4:52am PDT

What: The Blues Kitchen

Taking over the space occupied by the long-vacated Aussie themed bar Walkabout comes London hot spot The Blues Kitchen. With popular venues in hipster areas of London like Shoreditch, Brixton and Camden, TBK is BB King meets BBQ: a music venue (think soul, funk, RNR & roots) with a menu that’s all about the grill. Alongside the 'Texan barbecue' food - gargantuan brunches, shrimp burgers and substantial salads - there is a range of rare and vintage bourbon behind the bar. Read more here. 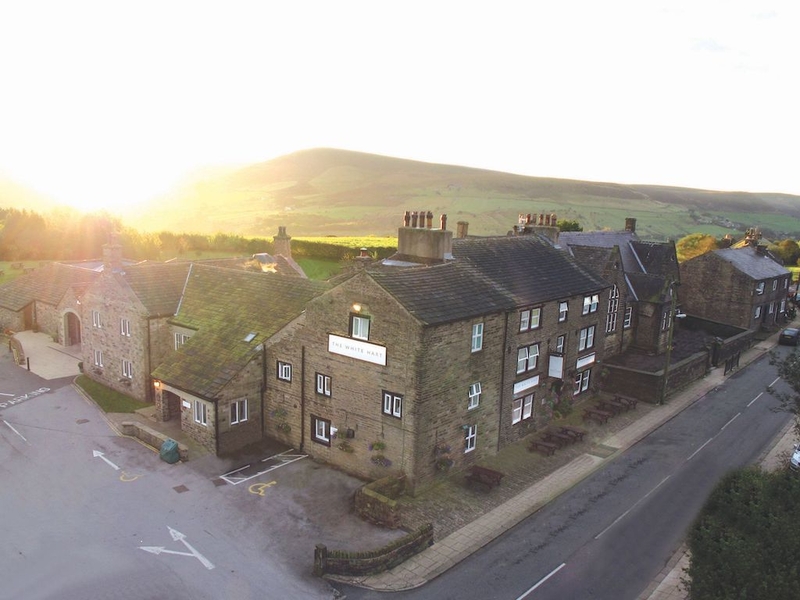 What: The Brass Monkey Brasserie

One thing that has been hugely affected by the pandemic is the wedding industry. Cancellations and postponements have left banquet halls and function rooms gathering dust. As a temporary change of use for their wedding venues, The Oak Room and Pavilion, The White Hart at Lydgate has introduced a new dining concept. The Brass Monkey Brasserie will take over these spaces with a menu of existing White Hart favourites along with some new dishes taking inspiration from owner Charles Brierley’s travels around India, Nepal and Tibet. Think Punjabi lamb kofta, South Indian crab cakes and Gorkha chicken and cardamom curry. The rear garden now has 20 tables spread out to provide a mix of individual and two-household 'bubbles' and the pub will shortly be launching its new app for customers to use to order drinks and pizzas in the pub and garden areas. 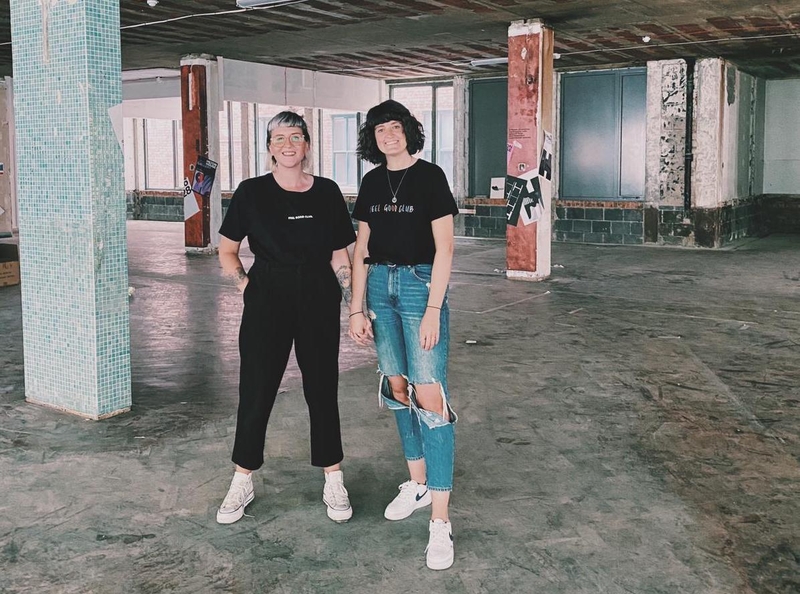 In a first for Manchester, Feel Good Club is a cafe which centres around helping to improve people’s mental health. This new dog-friendly coffee house will use local suppliers for their veggie food which has been designed to make diners feel good. There will be monthly food and drink pop-ups, yoga, wellbeing talks, cinema nights and workshops held in the 2800ft space within the newly reconstructed Hilton House. There will also be an area designed to combat loneliness by offering a daily small talk hour where strangers are encouraged to chat to one another over coffee. Read more here. 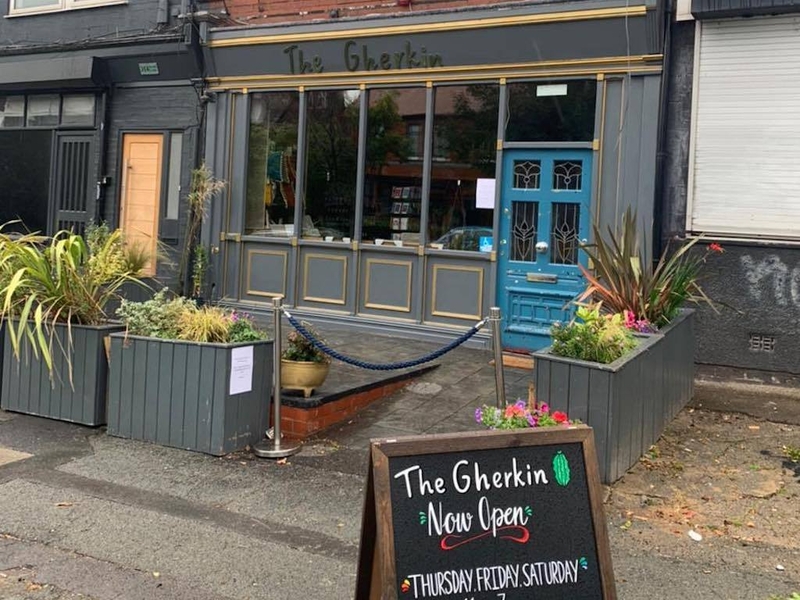 No, Manchester isn't getting its own version of London's glassy phallus. This long-awaited earth-positive bistro and bar in Levenshulme comes from popular local man about town Jamie Whittaker. Jamie has transformed a former Chinese takeaway on Slade Lane into a colourful, modern cafe with a meat-free menu and a big focus on waste reduction and community building. Think inventive plant based dishes the likes of fried lotus root loaded nachos, a ‘hot og’ made from a deep-fried gherkin and shaved fennel salad with smoked BBQ tofu as well as a grocery-style offering to take home. Continuing with the the reuse and recycle theme, all the furniture has been reclaimed or donated.

View this post on Instagram
No filter needed here. Just good ol fashioned Street lighting! Stay safe every one! Going to crack on getting this one ready! And hopefully we can serve you all before the years out! #breakingglass
A post shared by The Glass Spider (@the_glass_spider_) on May 10, 2020 at 1:58pm PDT

What: The Glass Spider

Owner of The Cracked Actor, Joe Patten, briefly landed himself the role of villain as he took over the site of Vinabod Tapas Bar (reviewed here) while the ashes of the former business were still smouldering. Social media was abuzz with drama about the swift takeover but everything culminated in a handshake and ‘no hard feelings’ on either side. With his dramatic transformation of the site into The Glass Spider - which was originally going to be called The Sandman - Joe hopes will build on his success as a key player in the ongoing regeneration of the Little Underbank area of Stockport. He promises a more food-focused venue with plenty of vintage character and no more drama.

View this post on Instagram
We haven’t officially announced this project yet so a little update to help this story along. ⠀ This February in collaboration with @mud_cic the urban growing talent behind @plattfields_marketgarden we took over a disused rooftop car park In Stockport to increase our growing initiative. Here we concentrate on rarer herbs and other produce you may not have expected to see at WTLGI. ⠀ ‘The Landing’ will also be home to a community workshop space and dining area for guests to enjoy ‘Wtlgi Al Fresco’. But more on this in the coming weeks.⠀ ⠀ On Saturday evening after a day of sowing I was sat on a planter when a honeybee landed next to me. ⠀ This gave me a real buzz of excitement (pun intended). It was here to nuzzle into our plants, the first I’d seen and hopefully a sign of much life to come. ⠀ ⠀ Today we discovered an infestation of spider mites. More life but not so helpful. These pests puncture the cell walls of plants inhibiting the ability to regulate its water intake. It can be lethal to growth. ⠀ ⠀ The challenge that excited me about this concrete strip, forgotten by wildlife and the consumers of this town was bringing life back both in the way of nature and community.⠀ ⠀ We have our first pest, the way to tackle this naturally is by encouraging more life such as ladybirds that will devour spider mite. ⠀ In this setback there is positivity. Where there was just concrete there is now the beginnings of a biodiverse ecosystem. This is something we have helped to create. ⠀ ⠀ We have built planters, installed irrigation, erected a greenhouse, shifted 20 tonnes of compost and nurtured seeds into plants. It’s now a space for nature to take course and for those who wish to use to learn, grow, share and enjoy. ⠀ ⠀ When we shifted the compost we beamed at the insects that came with it. First signs of life on an empty rooftop.⠀ We cannot control every living thing that joins us. The network of this bio diversity will grow more complex and we must accept bad with good. ⠀ ⠀ An inspiring thought whilst sat on a deserted rooftop in the middle of a 70’s brutalist precinct, covered in tiny spiders watching the sun slowly set. ⠀ Nature always finds a way.
A post shared by WTLGI (@arestaurantwherethelightgetsin) on May 19, 2020 at 1:37pm PDT

The Landing is the latest slice of ingenuity from the man who put Stockport on the destination dining map, Sam Buckley. His restaurant, Where The Light Gets In, temporarily rebranded as The Pickle Factory during lockdown, sending packages of pure pleasure out to the hungry housebound hordes. But he’s also been cooking up another solution in The Landing. This rooftop space which Sam had already start to develop as a community-driven urban allotment will now have added vine-entwined booths to dine in and it looks set to be something very special. Expect pop-ups from other local chefs including Eddie Shepherd of Walled Gardens fame. 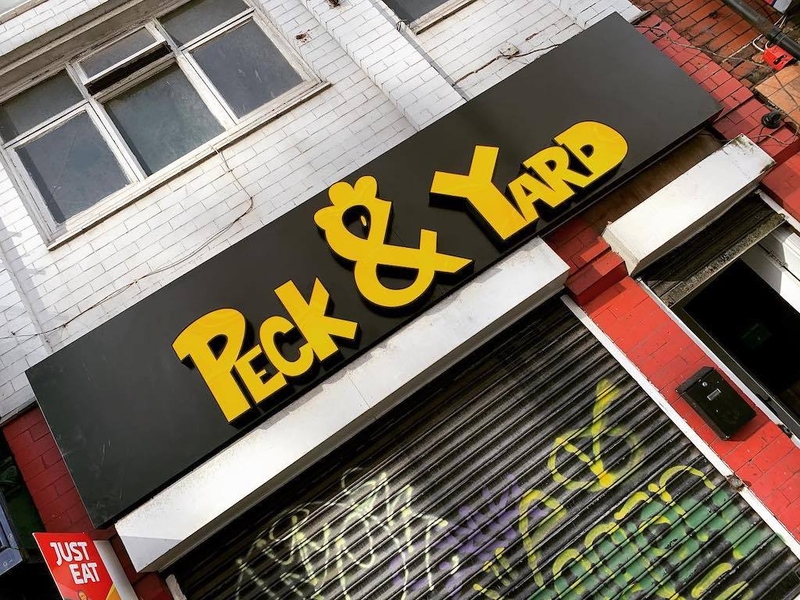 Peck & Yard is an eat-in/takeaway chicken shop in Chorlton specialising in crispy deep fried, spiced bits of bird. But this is more Korea than Kentucky, the chuck is served with a range of Asian sauces from katsu curry to Malaysian peanut. For veggies and vegans there are cauliflower, aubergine or halloumi alternatives.  They’ve been teasing their newest venue opening in Ancoats for a little while now and it’s now gearing up to open very soon next to Ancoats Panda.

Although Vietnamese food has enjoyed a surge in popularity in recent years, this is only the second Vietnamese place in Chinatown. Serving up steaming bowls of pho, noodles and lemongrass chicken wings, the brilliantly named Pho Cue insists on reverence for the traditional methods of Vietnamese cooking while not being afraid to be playful - so expect the option of salt n pepper lobster sitting atop your pho, and Vietnamese tacos with spicy guac flecked with Thai basil and birds eye chillies. Read more here. 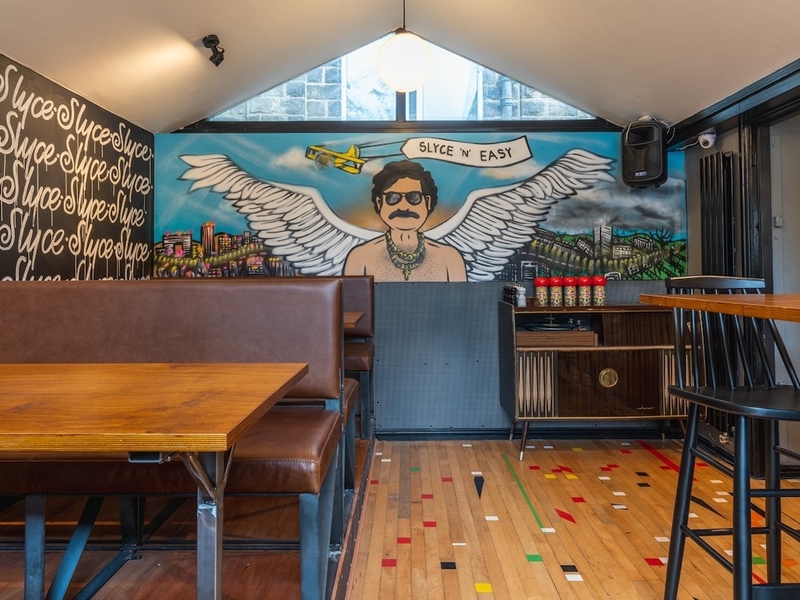 Formerly the short-lived Annex next door to Muse restaurant, this space was remodelling into Slyce just as it was becoming clear that a lockdown was imminent. It finally managed to open its doors on 4th July and is serving up pancake stacks, pizzas, pies and patties to happy locals. An American dream in Saddleworth, what moor do you want? 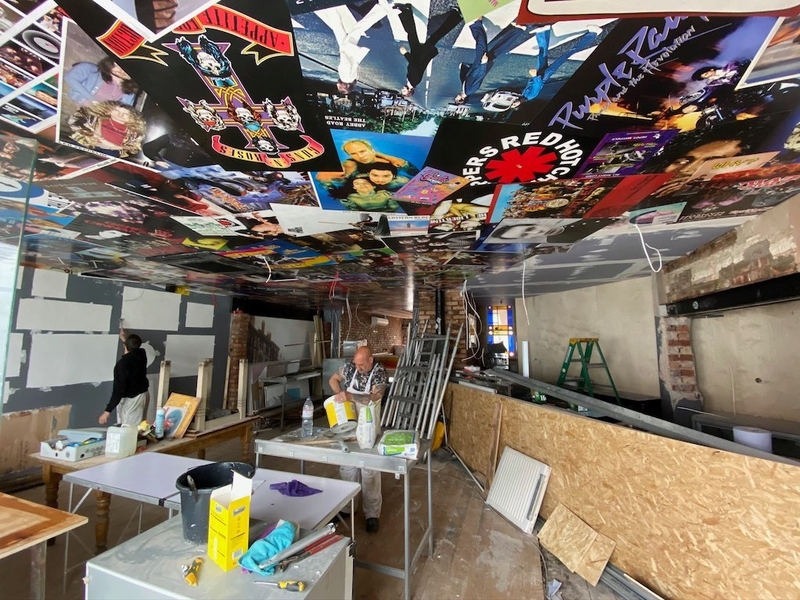 Is it even a neon-lit graffiti sprayed dive bar with an addictive, trashy food menu in Greater Manchester if Lyndon Higginson isn’t involved? The man with his finger in all the pizza pies (Pedros, Bunny Jacksons et al) is one of the team taco-ing over at this new suburban taco and tequila joint in Withington that should have all your corny cravings covered. Higginson has teamed up with the owners of its former incarnation Solomons cafe bar to flip it into a Mexican hangout.

And then read: First night out in Manchester: Was Saturday night common sense or chaos?