First look inside the new Rudy's Pizza on Peter Street

Sssh... rumour is it's opening quietly in the next few days

It's one of the most highly anticipated new openings of 2018. And, no, it's not dicking about with fine dining umpty storeys up a tower. And, no, it's not the spin-off of some premium London brand bringing up dumbed-down din-dins for us Northern monkeys.

In 2015, Rudy's opened quietly on Cutting Room Square in Ancoats - and it's been a roaring success ever since (ask anyone who's tried to get a table in the past eighteen months).

Such a success, that founders Jim Morgan and Kate Wilson were soon approached by Mission Mars, the team behind another belting success, Albert's Schloss, who wanted a slice (sorry) of the action.

So they did, and now they're nearly ready to go with Rudy's 2.0 - guess where? - next door to Albert's Schloss on Peter Street, in the old Army Careers Centre in Petersfield House.

Confidential happened to be walking by on Friday afternoon during a staff training session, so we popped in to say hello and to have a snoop round (see the video at the top).

It's a big'un, at least four times the size of the original (which means we might even be able to get a sodding table). There is, of course, the custom-built, centrepiece oven for that swift 60 second bake, a full-size bar at the back, and the same laid-back, hand-made, plywood vibe. 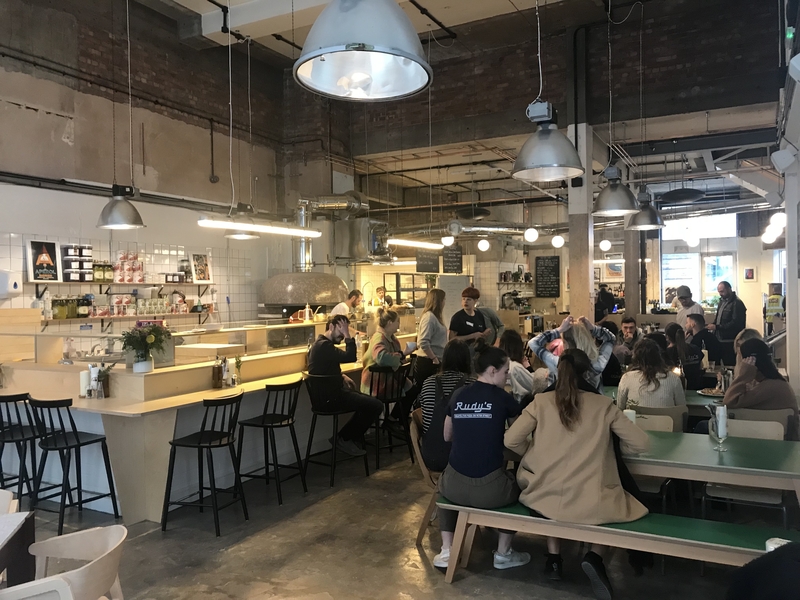 That's all we've got for now, they wouldn't let us see much more. There'll be a full review to follow, naturally.

Word is they're going to quietly open the doors in the next few days (probably next week), but sssh... we're not supposed to tell you that. Keep an eye on @rudyspizzamcr