He’s near-royalty in Manc culture, and one of its most influential and recognisable sons. The looming frame, the widow’s peak, those great pouches like steeped teabags beneath the eyes…as the years have seasoned him Dave Haslam seems sometimes to have taken on the conscience of the city’s Golden Age. Keeper of the flame, custodian of the sacred stylus.

He might scoff at that, of course, but it’s been a rare old ride for Dave Haslam since the days when as a young fanzine writer he’d cart a box of records on the 101 bus to please the punters at the Man Alive in the era before Madchester ‘came on top’. Mashing up indie and beats at the Haçienda, scouring the cultureverse for nuggets to light up the scene…whether in print or on the decks, in his promoting, live interviews, or curating for MiF, all Dave’s ever wanted to do, he says, is turn people on to the good stuff.

If anything, the writing has outstripped the turntablism. The Manchester book [Manchester, England] was ahead of the curve in tracing the twin strands of music and radicalism in the city’s DNA. His history of British nightclubs [Life After Dark] was an exhaustive labour of love, riffing on the notion that buildings are monuments which give structure to shared experience. The memoir [Sonic Youth Slept On My Floor] offered an implicit primer to would-be tastemakers from a determined and notably self-reflective source. Even the DJ book [Adventures on the Wheels of Steel] teased out tellings contradictions for lives lived in the thrall of the turning platters.

Now with a new book to promote about poet Sylvia Plath, we share a dark exchange in the shadows of the dystopian emergency. So much is uncertain now. What now for the arts? That new town we built, the apartmentville economy dreamed up as post-Hacienda reverie…what of that? Listening to Dave Haslam can be an education in how the streets give voice to the margins, though you might be lucky to catch him out and about nowadays.

Picketing Morrissey over racism, popping up on Facebook to announce a handbag-throwing with Ian Brown on Twitter…these tend to be the acme of his visibility.

So there’s these mini-books, where for £7.99 you get a half-hour’s-worth of Dave on some aspect of culture and the city: artist Keith Haring emerging from the New York club scene of 1980s. Courtney Love fetching up in Liverpool in the wake of an uninterested Julian Cope. And now ‘My Second Home’ about Plath’s head-spinning sojourn in Paris after meeting Ted Hughes. Dave thinks it might be the best thing he’s written. We’re just glad of some human contact and the chance to assault someone with a breadstick.

Here are the highlights: 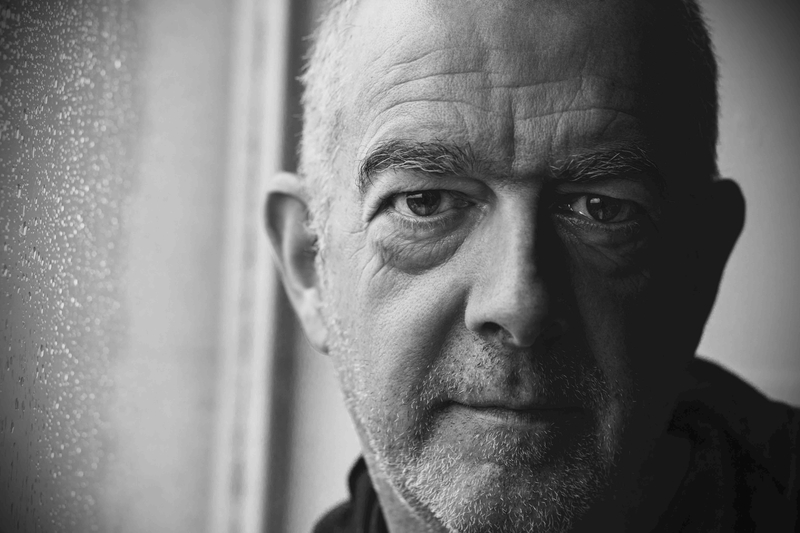 How are you and how has the pandemic affected you?

I’m okay. I was stung when my diary emptied. But then lockdown anxieties and the feeling that human beings are at the end of their tether right now seeped into the book. Sylvia Plath was an intense character. Extreme, full of self-doubt, very questioning about human nature. Lockdown made me feel like I understood a bit more what it would be like to have a life that was fraying at the edges.

How do you view the impact on the culture industry?

I think it’s too early to say. I’m a big believer in underground activity in the city, and that’s not going to go away. There are still a lot of people who have been involved for twenty-five, thirty, thirty-five years who are very committed. There’s lots of young energy. So I’m pretty optimistic. And Burnham’s a good mayor for Greater Manchester.

The cover of my #SylviaPlath book was inspired by 'Le ballon rouge', a brilliant short film by Albert Lamorisse filmed in Paris (mostly Menilmontant) and shown at Cannes in 1956. https://t.co/qqMuJ8QRNM pic.twitter.com/2ELI1HmNun
— Dave Haslam (@Mr_Dave_Haslam) October 25, 2020

Is it seemly for a man of your stature to be rolling in the mud with Ian Brown in a Twitter-spat about face masks?

[Laughs] Well I don’t think I did much rolling around in the mud! If you have any kind of a platform and profile, if you can nudge things in a more progressive and enlightened way you should. And I do think that my intervention in the world of Morrissey was probably the thing I feel most justified about of anything I’ve done in the last twenty years.

You didn’t do it to promote your autobiography?

No, not at all…the ironic thing about the Ian Brown spat is that I collected four hundred new mask-wearing Twitter followers within 12 hours. [He later emails to say peace has broken out]

Much of Manchester’s cultural profile revolves around MiF now. Are you a sop on the part of the organisers towards anyone who might argue the festival is elitist?

Well we don’t know what shape MiF will take next year. I think in terms of my role curatorially they just think well Dave’s got a decent track record, seems to know what he’s doing, turns up to meetings, doesn’t eat all the biscuits, doesn’t do crack backstage…

And will program something Factory-related?

And will program something that isn’t a cliché.

I don’t think so. It’s hard to judge because there’s no activity currently, and these things move very fast. I would say it’s certainly as good now as it was at the turn of the millennium. There’s a band called Blanketman who I really like, a band called HI SIENNA I really like.

You get associated with nostalgia in the city. The glories of the past hanging over the scene of today.

[Looks hurt] I never see that. I don’t think so. Only by people who don’t know anything about me. These people obviously haven’t read Sonic Youth Slept On My Floor or Life After Dark or any of these books.

The superstitious may ask ‘if we burn Haslam will the gods give us our music scene back?’

That’s unbelievable! Seriously! SERIOUSLY!! I mean I think out of the last thirty events that I’ve been involved in staging, promoting or boosting I would say three quarters of the bands are half my age or less. And half the bands aren’t from Manchester.

Is it not the case that young people these days listen to garage and grime and hip hop? If you go to see a band you’re likely to see middle-aged people there?

I totally disagree with that. When the Orielles played at MiF last year I think the average age of the two-hundred people closest to the stage was seventeen. And there were kids there who were I think at their first gig. They were pogoing and jumping around like they’d never done it before. Okay their dads and their mums might have been waiting round the corner in the car, and they were only there because it was MiF and a safer environment, but that was genuine enthusiasm.

Would you have been a different person if you’d taken ecstasy?

What, on a regular basis? No. I have taken ecstasy, I’m just not a drug person. I’m not a hedonist.

[Laughs] Is that what I need?

Sylvia Plath is famous for her daddy complex, her troubled relationship with Ted Hughes and for her suicide…how much should we buy into the notion of her as a victim?

I…don’t think she appreciated how life with Ted was going to be. I mean, it pained me to see the difference between Easter 1956 – she’s met Ted but she’s still a couple of months away from marrying him – and the end of her life.

Is it legitimate for her to reference the holocaust in the ways that she did, such as referring to sex as “a sleepless holocaust night with Ted” which you quote in the book?

Well I do write it would take a lifetime of training in psychiatry to unpick what she’d said. ‘Holocaust night’ did make me wonder because I think by the end of her life, by the Ariel poems, when the holocaust was being invoked, you can see how that chimes with what she was going through at that time.

Is it not offensive?

I was thinking about this today. I was thinking that when she was twelve or thirteen she’d have seen footage of the concentration camps, and that experience must have been mind-blowing. That’s where she was at, looking at the world and thinking ‘how can we maintain this denial of human cruelty’?

Should we disdain Ted Hughes as a man who betrayed and allegedly abused her?

The Julian Cope of the story. Hughes was a mess. I mean he was a mess for lots of reasons, but what started to really piss me off about him is not accepting the blame for anything, not accepting responsibility for his own actions.

Maybe Ted Hughes and Julian Cope had their hands full with such highly strung women?

It sounds flippant but Plath was not a one-off. His no-nonsense northern attitude and sense of what being a man entails…these were disastrous for his relationships.

How do you see the future panning out from here?

I don’t know. If the stars align and I get to a year where I can say yes to some of the DJing gigs I get, and I can carry writing about stuff I feel passionate about, MiF will give me a bit of money to put on music I believe in, and a few of the people on my Close Up list will say yes to an interview, I’ll be happy with that.

My Second Home is available from  confingopublishing.uk