Never mind Valentine’s day, it seems to be pizza that we’ve all really fallen for. A recent survey has revealed that 48% of people in Manchester voted pepperoni as their favourite pizza topping. But what is it about the relatively simple discs of dough, tomato sauce and mozzarella that make us so very happy?

Below we've put together a handy guide on where to find the best pizzas in and around town. Many have won awards, some have trained with the finest pizza chefs in Naples, and all are guaranteed to give carb-fuelled satisfaction. 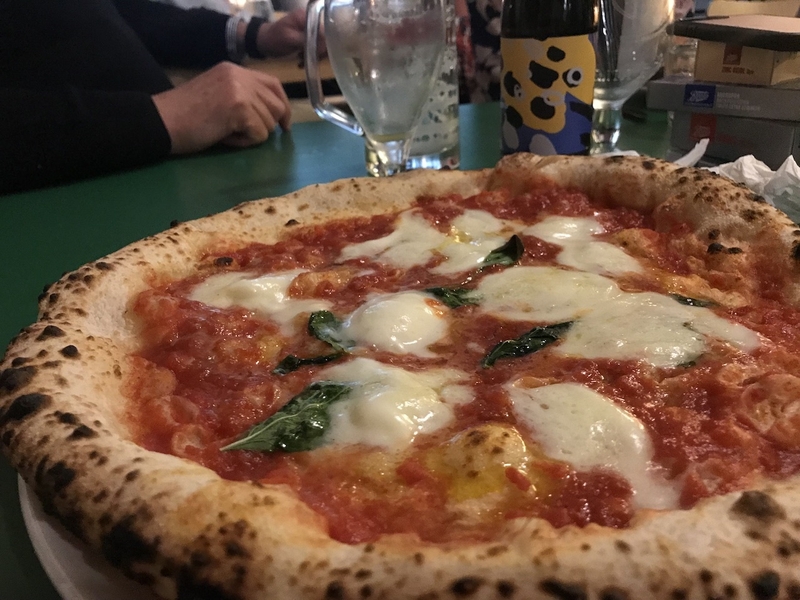 Rudy's opened quietly on Cutting Room Square in 2015 - the first of the new breed of eating places in Ancoats. It proved a roaring success, so much so the owners of Albert's Schloss bought the brand and stuck a second one in a bigger space next door on Peter Street, as well as a third in Liverpool. Rudy’s is one of only two Manchester pizzerias to make it into Where To Eat Pizza, a guide to the best 1700 pizza parlours across the globe. The key is the 24 hours’ proving (ie. resting and rising) for the dough, made from strong 00 flour, then paddled into their custom-built oven for a swift 60 second bake. Pick up a classic Margherita for just £6.50 - can't knock that. 9 Cotton St, Manchester M4 5BF and Petersfield House, Peter Street, Manchester, M2 5QJ 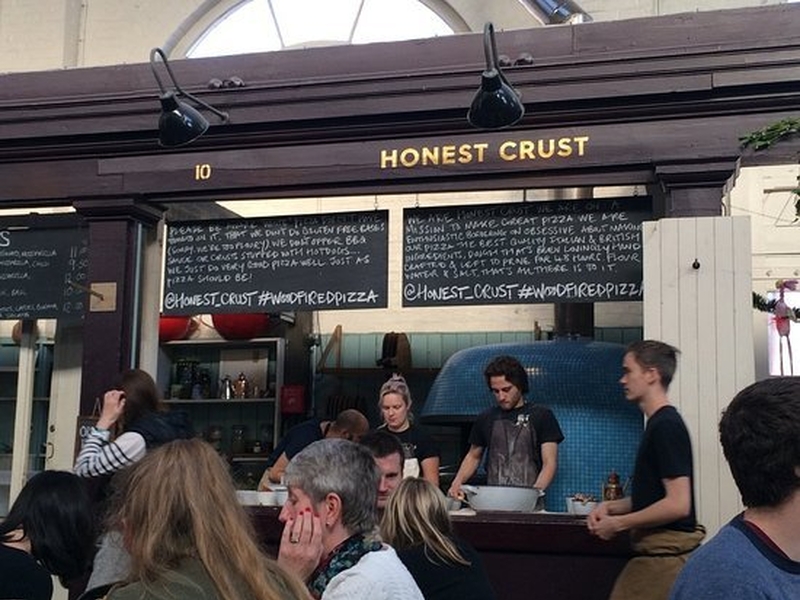 Honest Crust has been drawing in foodies from across the UK that visit for their excellent sourdough pizzas made with the best of Italian and British ingredients. HC is the other independent Manchester pizzeria that made it into Where To Eat Pizza guide. They started as a mobile street food operation in 2013, taking their wood-fired oven on wheels around the North West to markets, food festivals and street food events. Now they have three permanent stalls; one at Altrincham’s Market House, another at Mackie Mayor in Manchester and a third at Macclesfield's Picturedrome. Altrincham Market, Greenwood Street, Altrincham, WA14 1SA and Mackie Mayor, 1 Eagle St, Manchester M4 5BU 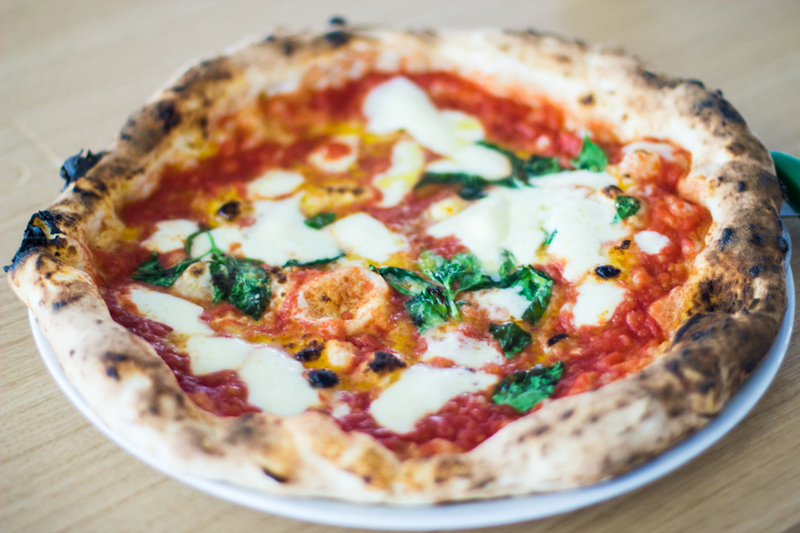 This pizzeria, slightly hidden away in Northern Quarter, was opened August 2017 by four young Italians – Elisa, Alberto, Paolo and Daniele. Having already carved out a reputation for hand making the city centre’s finest fresh pasta at the Pasta Factory, the four amici (Noi Quattro translates as ‘we four’) have turned their hands to Italy’s other main culinary export in a 100-cover restaurant space a short burrata throw from their original in Shudehill. "We were all missing the feel, the buzz of a true Italian pizzeria – so we thought ‘let’s just open our own’," says Elisa. 120 High St, Manchester M4 1HQ 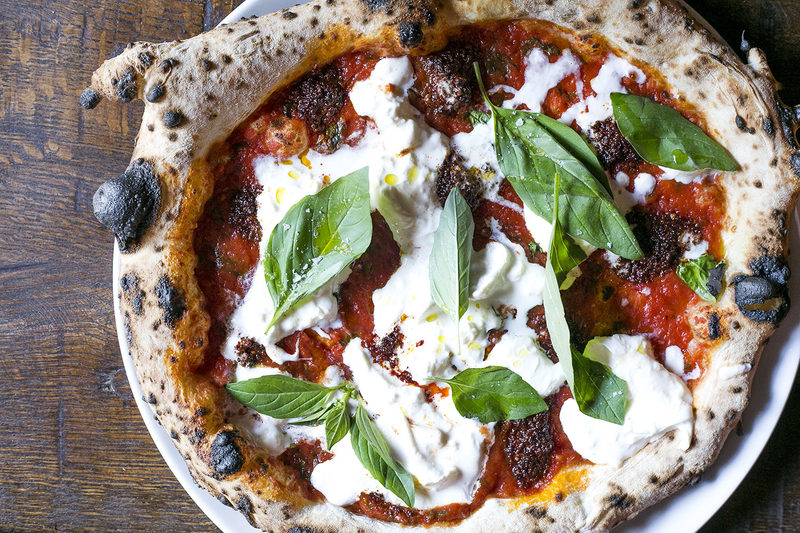 Despite it being his first competitive cooking event, Luigi Marino, from Tre Ciccio in Altrincham, beat 15 other pizzaiolos to walk away with the title ‘National Pizza Chef of the Year’ in Casual Dining Magazine’s National Pizza Awards in 2018. Tre Ciccio Altrincham had only opened a year previously, so the accolade is quite a coup for Luigi and his mentor, restaurant co-owner Francesco Scafuri. As you’d expect, pizzas are all made from a slow-rising 24 hour dough which is baked at around 500˚C in the wood-burning oven, giving them a lighter, more digestible crust. They opened a second restaurant in Bramhall with a third in Ramsbottom. The Southern Italian-inspired restaurant went into administration earlier this year, but the company soon found new investors and is looking at a bright future. 4a Moss Lane, Altrincham WA14 1BA and 26 Bramhall Lane South, Bramhall, SK7 1AF 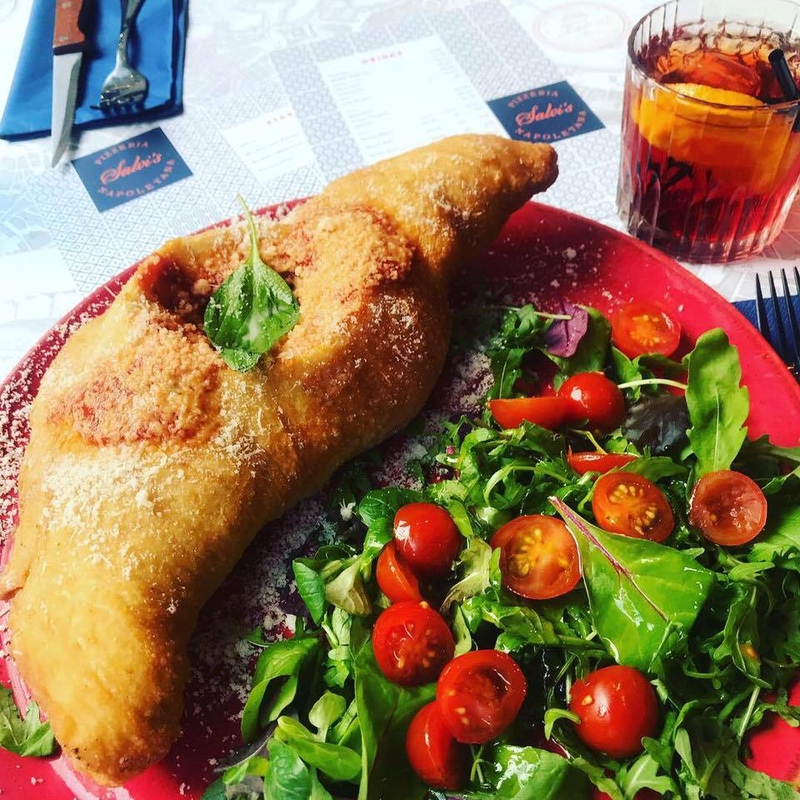 Salvi’s was one of the very first places to open in the Corn Exchange when it first began to morph into a dining destination in 2012. It is owned by genuine Neapolitan Maurizio Cecco and his wife Clare, who also organise the annual Festa Italiana weekend on Exchange Square. Cecco, who hails from nearby Pompeii, moved to Manchester in the nineties, eventually opening Salvi's Mozzarella Bar. He then followed this in 2015 with Salvi's Cucina and Rosticceria on John Dalton Street. More recently, Salvi's opened up in Manchester's Northern Quarter. Good pizza is in his blood, sweat and tears. Try the fried calzone (pictured above) - you'll never see pizza in the same way. 1, The Corn Exchange, Corporation St, Manchester M4 3TR 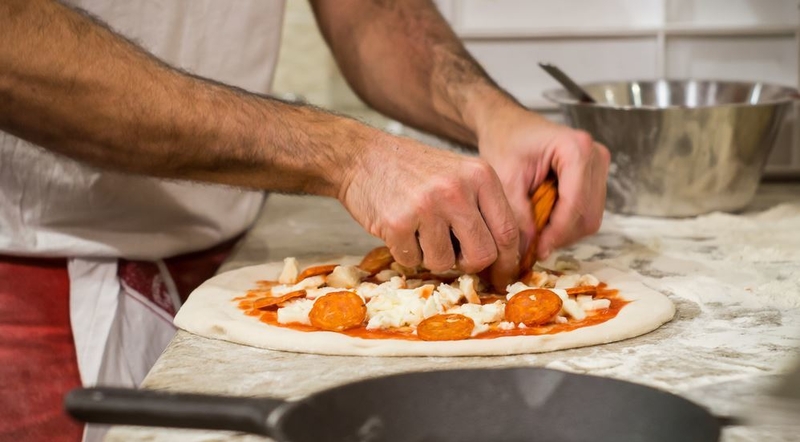 Deepak Jaiswal and business partner Rob Engledow opened the first Proove in Sheffield, followed by a second in West Didsbury in 2017. To develop their perfect pizza recipe, they worked closely with Gaetano Genovesi - ranked one of the top ten pizza chefs in the world. They top their pizzas with a sauce made using the finest ripe San Marzano tomatoes and fior di latte mozzarella, which is handmade just outside of Naples and delivered within 48 hours of production. “We never compromise on quality,” they say, “and believe that even the very best pizza should be affordable – our food is designed to be enjoyed by everyone.” 160 Burton Rd, Manchester M20 1LH 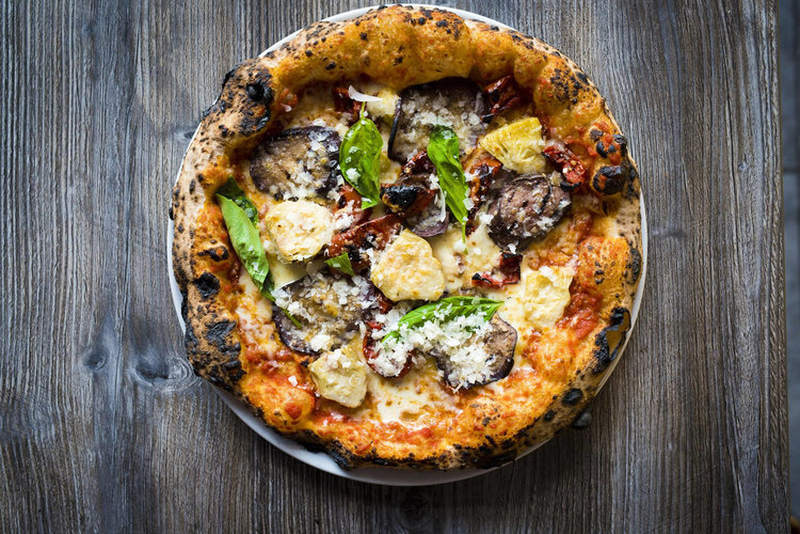 Still chock-full most evenings, despite being open since 2015, Double Zero is arguably Manchester's most popular suburban pizzeria. It kinda helps that it's also BYOB - with the Co-op across the road doing a roaring trade in thirsty DZ punters. Another of the Vera Pizza Napoletana well-authentico school (the menu features a fair few stamps), Double Zero, as well as offering the classics, does break with tradition by offering the chance to 'CREATE YOUR ULTIMATE PIZZA' - so chuck a bunch of toppings at a margherita and hope it works. We'd just play it safe and go Margherita with Bufala (that's next level mozzarella). 368 Barlow Moor Rd, Manchester M21 8AZ 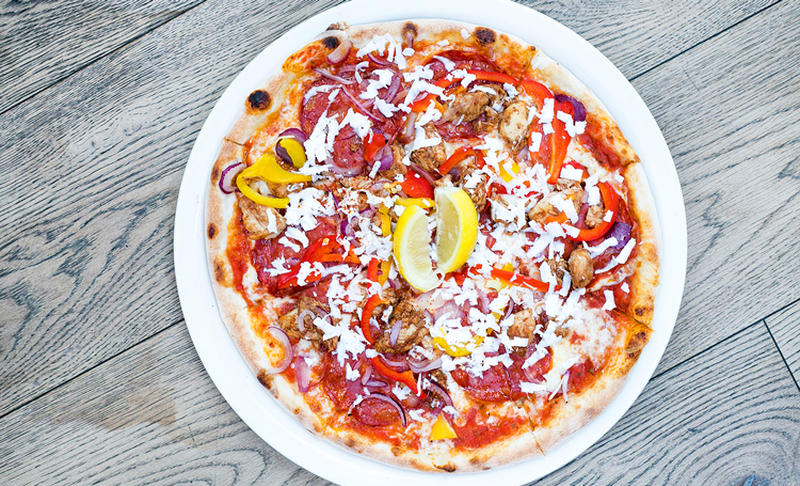 Heading to a show at the Manchester Arena? Then your best shout for a pizza is Vapiano in the Corn Exchange next door. All dough and breads are made on the premises each day, and you can tell the pizzaiolos exactly how you like it at the counter. More chilli? No problem. Less garlic? Absolutely. 13, Corn Exchange, 98 Corporation St, Manchester M4 3TR

Although known as much for their celebrity guests as the food, San Carlo does a mean pizza made with Neapolitan flour, Sicilian tomatoes and the finest mozzarella. They offer 15 different varieties, many with specialist ingredients imported directly from Italy including Calabrian ‘Nduja sausage,  Tuscan sausage and, of course, a few luxurious touches such as Caciocavallo cheese, porcini mushrooms and black truffle.

An insider’s guide to eating and drinking on Chapel Street, Salford
What you say
Read Next
● / Latest Reviews