What? You haven’t been to The Pasta Factory yet?

Well they certainly know their tagliatelle from their trottole

It isn’t difficult to see why Manchester’s The Pasta Factory has been included in The Waitrose Good Food Guide as a local gem for the last couple of years. Despite its pool of writers and judges having to visit ‘the grittier bits of the NQ’, they really do love this Italian-run deli and restaurant on Shudehill. They love their slowly simmered sauces, lesser known (and all handmade) varieties of fresh pasta and boutique wine list.

“Italian people are too busy to make fresh pasta nowadays,” confesses Elisa Cavigliasso, one of The Pasta Factory’s three original owners, “but it’s very special and so very worth it.” So this is the deceptively simple idea behind their restaurant - every single day, the kitchen team prepares several batches of fresh pasta in various shapes, some rarely seen outside Italy. 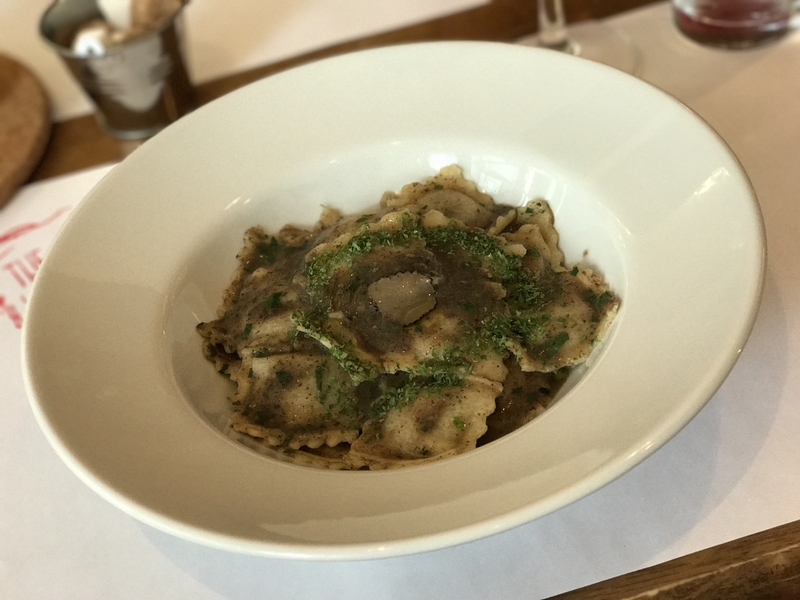 On any given day you might find stuffed ravioli, ribbon-like reginette, ribbed radiatori, fresh tagliatelle, gnocci, trottole, bucanti, pipe, paccheri, spaghetti alla chitarra and gemelli  – although pasta shapes and fillings vary according to the availability of seasonal produce and some might even depend on the particular creativity of the kitchen team.

All of their pasta begins quite simply using the best quality durum wheat and water – The Pasta Factory don’t use fresh egg in their pasta, making it a rare bonus for vegans. Don’t worry, you don’t have to be an expert on the more obscure Italian pasta shapes. The Pasta Factory will bring a sample of each over to the table for you to look at before you choose what you want from the menu.

Sometimes they add natural colours to their pasta; squid ink makes a silky black pasta, spinach adds a vibrant green and even Barbera red wine is added to incorporate a soft red hue. This is what is used in one of The Pasta Factory’s signature dishes; reginette al Barbera con ragu di cervo, or wool-like ribbons of Barbera red wine pasta served in a hearty slow cooked venison ragù, topped with grated parmesan cheese and a parmesan crisp. What a dish. It’s like a world away from the common or garden Anglicised versions of spag bol we’ve grown accustomed to. This is what all other ragu’s should be measured against. Tender, slightly gamey and intensely meaty flavoured sauce clings to the frilly pasta ribbons like a needy bambino clings to its mamma. 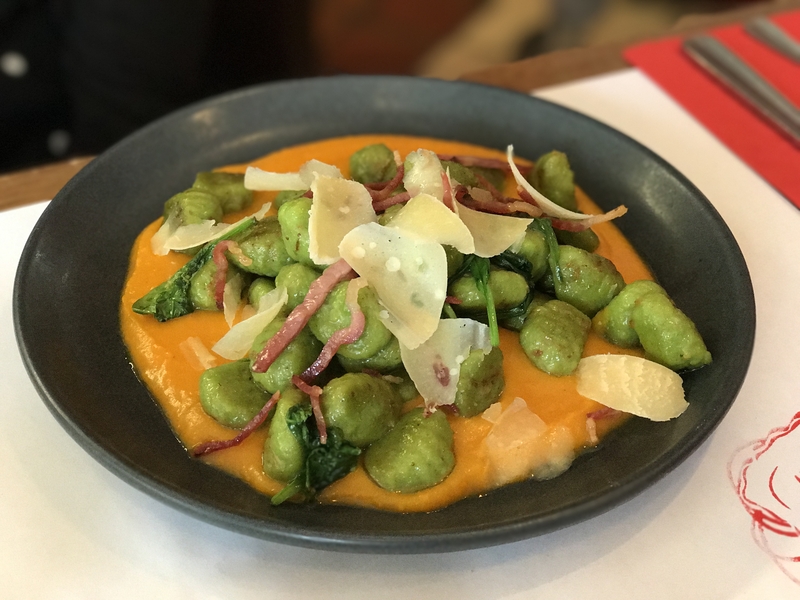 To their credit, The Pasta Factory also manages to infuse their vegetarian and vegan dishes with the same intensity of flavours. They have even invented their own healthy vegan version of parmesan using a blend of various crushed nuts and salt. An autumnal bowl of (100% vegan) handmade ravioli filled with mushrooms, garlic, parsley and cashew nuts, dressed with a richly decadent black truffle and porcini sauce was the edible equivalent of being wrapped up in a soft blanket.

Originally The Pasta Factory wine list was purely Piedmont, but now the core group of staff have expanded a little, they have introduced some interesting wines from other areas of Italy – all with food-matching in mind. It’s still reassuringly small; six reds, five whites and a rosé, plus a special guest wine written on the blackboard. They still favour small scale producers and utilise their Italian network of contacts to source some really special wines from family-run vineyards, that are just simply not available anywhere else in the city. Their enthusiasm is catching. Would they consider introducing wines from other countries? “Well there’s still so much to explore,” Daniele, their Tuscan sommelier told us, “why go elsewhere?”

Many of The Pasta Factory’s special recipes have been gathered from generations of family and friends and are specific to particular regions; Bologna, Turin, Rome. This special venue does things exactly as they would do back in Italy, in a way that would make their grandmothers proud. “We love what we do,” says Elisa, “we’re just a small group of people putting in our positive energy. We would describe ourselves as proper, traditional and authentic with no pretence or glamour.”