Something for everyone in this week's round up

As the wheels of 2021 get moving, we welcome back our weekly food and drink news round-up. Each week, we scoop up some recent stories from the world of food and booze in the North. Remarkably, stuff's still happening in the hospitality world in spite of everything thrown at it.

This week, there are local restaurants trying to improve on the government’s efforts to feed families (not difficult), vegan wine boxes from an indie gem and confirmation that blessed indeed are the cheesemakers. 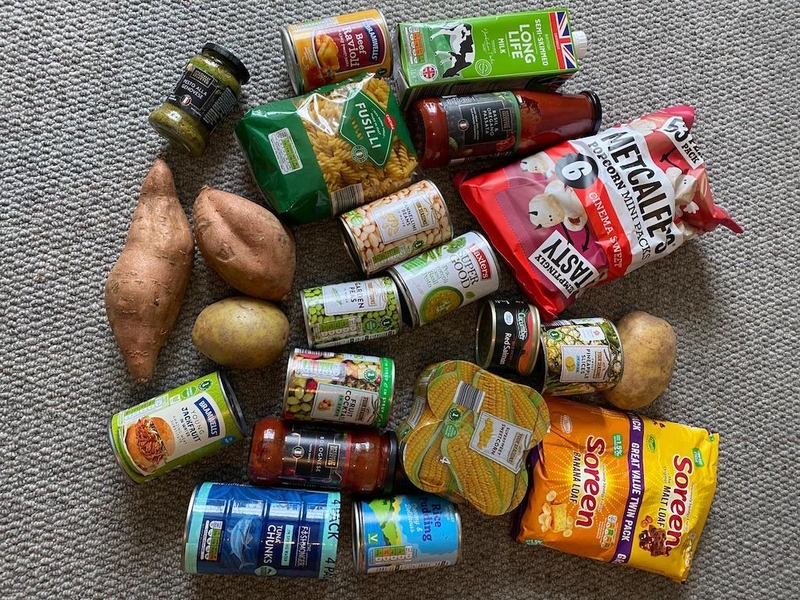 In response to the outrage over the paltry government-funded food parcels handed out to families and highlighted by Twitter user @roadsidemum, MasterChef winner, Simon Wood has joined forces with PR firm Down At The Social to launch a #FeedingFamiliesFor30 initiative. Like many, they responded on social media with pictures of a genuine £30 supermarket shop then invited others to do the same using their hashtag before suggesting participants donate the goods to a local food bank. Simon Wood is currently publishing daily recipes like tinned mushroom risotto and Spam biryani using dried goods and tinned produce, which he says are ‘to offer inspiration to families when cooking at home’. 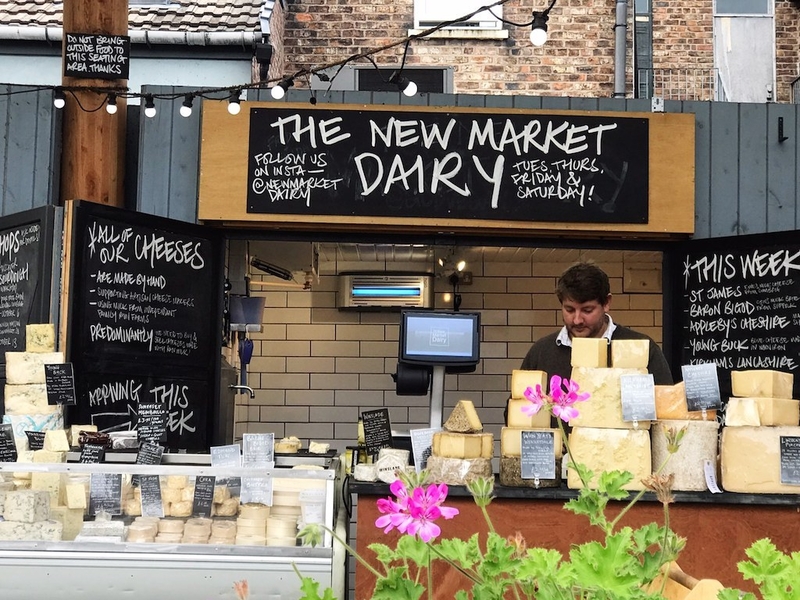 The plight of the hospitality industry has been in sharp focus throughout the pandemic, but the makers, growers and producers behind your favourite restaurant dishes have suffered enormously with even less government support. So it’s extra nice when they get a pat on the back at the moment. Altrincham based cheesemonger New Market Dairy, owned and run by Lake District-based cheesemaker Martin Gott, has come up cream of the crop as one of the top 20 specialist cheese shops in the British Isles. This month’s Speciality Food Magazine featured 20 cheesemongers who have played a significant role in helping the farmhouse cheese industry survive through the challenges posed by COVID. New Market Dairy was recognised as Grass Roots Champion for its efforts to source from other UK-wide cheesemakers, including Appleby’s Cheshire and Westcombe Dairy for its Manchester customers. This helped bridge the gap between producer and consumer and support farming and rural jobs. 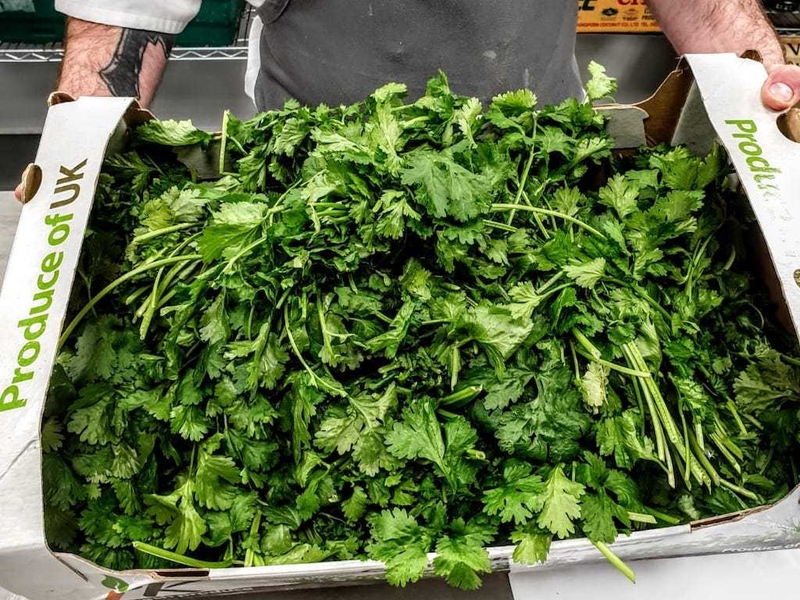 Health-conscious Ancoats restaurant and takeaway KBK is planning to donate 3000 meals to Fareshare in Manchester in response to the government’s food package debacle. The meals will help Manchester families over the next two weeks and February half term with the first 500 to be dropped off this Saturday. Dishes include Italian meatballs with spaghetti and chicken tikka with basmati rice.

KBK operations director James Anderson said: ”We feel incredibly fortunate that we are in a position to contribute, in even a small way, to supporting Manchester's families during what is a very difficult time. No child should go hungry and it is our job as a community to ensure this does not happen."

Fareshare has been operating for over 25 years distributing food to families in need. Marcus Rashford has been working with the charity since 2020 and has so far raised enough money to enable Fareshare to distribute 12.3 million meals. 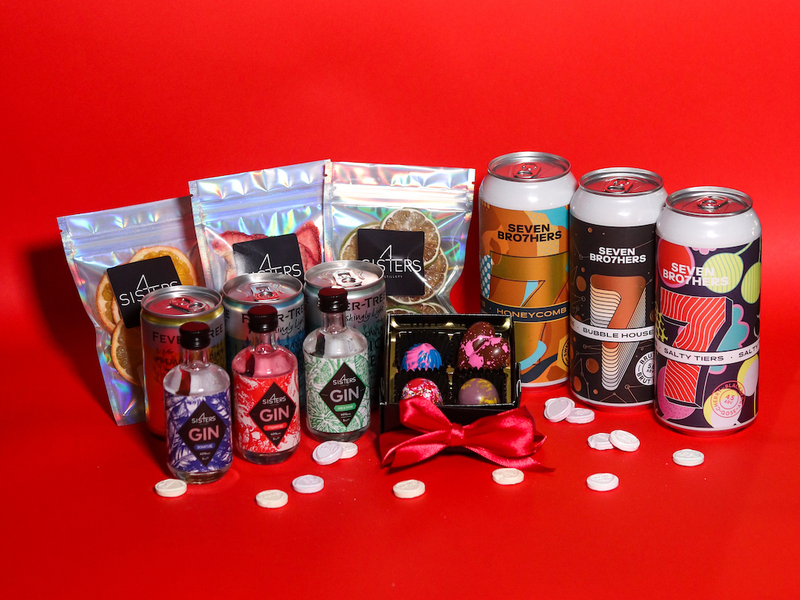 Apparently, divorces and breakups have been high due to the intensity of living together while locked down, so if you’re still in a relationship well done. This valentine’s though, it’s going to be trickier than ever to think of a novel way to show someone you love them. Beer to the rescue!

On Sunday 14 February, Salford brewery and distillery SEVEN BRO7HERS will be hosting a virtual lovefest for two. Kicking off at 7pm, lovers can enjoy a tutored tasting of three beers and three gins. For £50, guests will receive a hamper of limited edition ‘lockdown special’ SEVEN BRO7HERS beers and the house favourite Honeycomb IPA. In addition, three flavoured SIS4ERS gins – including the Signature, Strawberry and Lime and Thyme – will be included, along with garnishes and paired tonics. There will also be some luxury handmade truffles to share. All the beers and gins are vegan, and vegan truffles are available upon request. The session will be hosted via video link. Places are limited, tickets here. 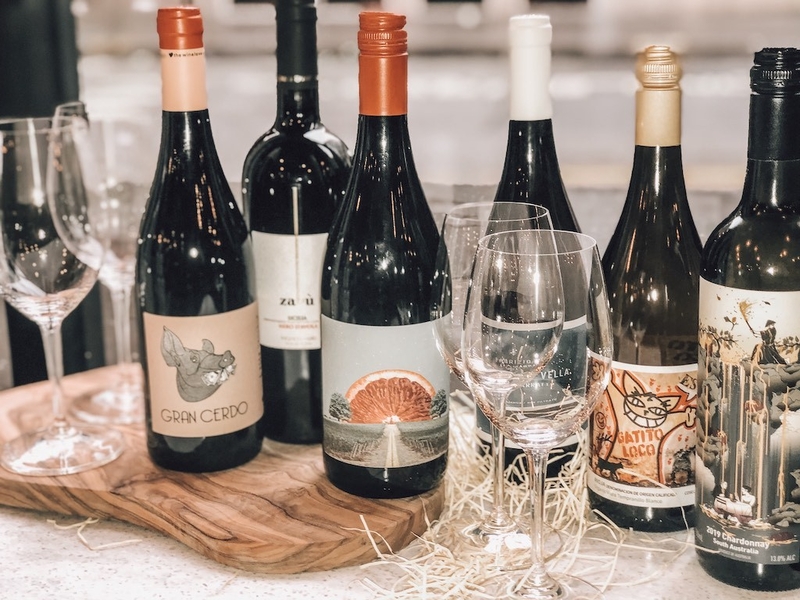 Veganuary can be a challenge for those not used to following a plant-based lifestyle but it’s not just food that vegans need to worry about. Many wines use albumen from egg whites, milk protein casein and shells from sea creatures amongst other animal-derived products during the fining and clarifying process. But don’t worry, Manchester-based independent wine specialists, Salut, has a solution in the form of its recently launched Vegan Wine Box available for takeaway, click and collect and delivery nationwide. There are three, six or twelve bottle selections handpicked by the Salut team. These include the likes of Solara, a Merlot/Cabernet Sauvignon blend from Romania and a crisp Samurai Chardonnay from Australia. There are also vegan mezze options available to order and enjoy at home. If you’re not interested in vegan wine, no problem, Salut has all sorts of themed wine boxes from Box Set Binging to Date Night - there’s even an alcohol-free selection. Single bottles can also be delivered. 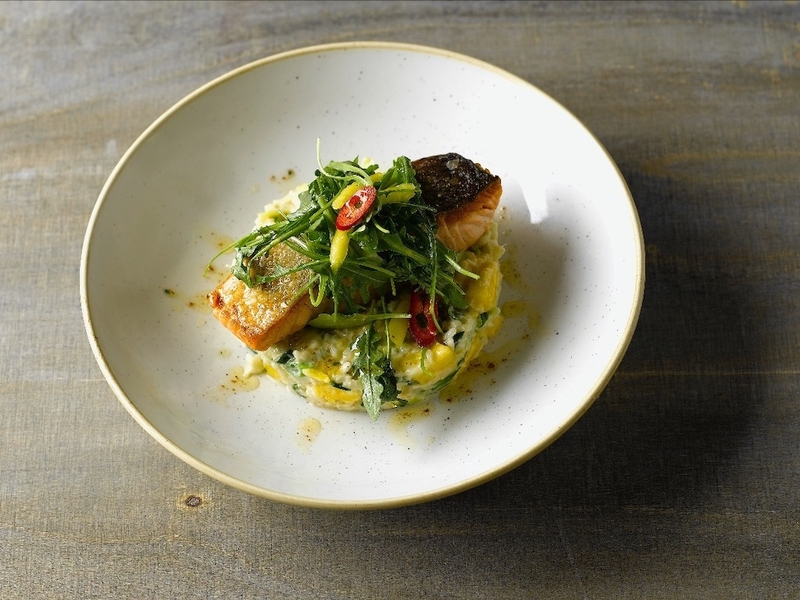 After 10 months of on and off restrictions on dining out, your cooking repertoire may be looking a bit dog eared. Pas de problème, Olivier Troalen, chef-proprietor of French restaurant La Boheme in Lymm, is offering free Zoom cookery demonstrations for anyone who fancies trying their hand at some fine French food during the seemingly neverending lockdown.

Demonstrations will be twice weekly and feature dishes from Olivier’s new cookbook, A Taste of Home. The first video, demonstrating a salmon fillet set on a crab risotto with a mango salad, will go live tonight, Friday 22nd January, at 7pm. Gain access to the videos by emailing the restaurant team and they’ll send you the invitation link. See the restaurant’s website for future dishes and dates.

Read next: The French's Adam Reid on why you should (or shouldn't) order his menu boxes