The North has been a political hotspot recently, from Sajid Javid popping up in Manchester, Boris Johnson astutely avoiding Liverpool, (where John McDonnell was launching his economic plans) but getting out his mop in Matlock and Nigel Farage donning his flat cap in Hartlepool yesterday. No doubt many pints of bitter will be downed and babies kissed across the region in the next few weeks, whether they like it or not.

Even Jeremy Corbyn was asked recently what he would do if the North got nuked, which seems a bit extreme but given how important the area suddenly seems to be in electioneering terms, who could blame our enemies for thinking we are clearly the centre of political power and therefore prime targets for a nuclear strike?

The political focus on the North started with the coining of the term ‘Workington Man’, a made-up marketing figure for the Conservatives to project their policies towards. Workington Man is from a small-medium northern ‘rugby league town’; a voter who is an older, white, non-graduate and male. He voted Leave in the EU referendum but otherwise is traditionally a Labour supporter. Workington, as most people will know, is a real place in West Cumbria, just outside the borders of the nicey-nicey Lake District, that does indeed have a rugby league team, and also boasts three theatres and a cricket club.

The stereotype was not meant to represent just Workington but many towns across the north, which most political strategists think are up for grabs, mainly because of Brexit. The North is seen as a hotbed of Leave voting (in fact both the East and West Midlands had an overall higher percentage of leave votes than the North) and therefore more open to changing political alliances if a current MP has not represented a constituency adequately. To that end the Conservatives and Brexit Party have formed an unofficial Leave alliance, where the Brexit party have agreed to not stand in 317 Conservative areas. However, we will still see the party active in the North as Nigel Farage targets Labour seats that he believes are now weak.

But focusing on Brexit is risky - while it is a subject people care about, it is not the only one. Labour instead will be trying to take the focus off Brexit and back on to austerity, again a subject that has caused the North more than its fare share of turmoil. Health inequality is a huge issue here and while Brexit has a certain sense of intangibility, delays in hospital treatment and the social care funding crisis is all too real for anyone who has ever been sick or has an elderly relative who needs care.

While the Liberal Democrats have not made specific promise regarding the north just yet, their 2017 manifesto did promise to “continue to champion the Northern Powerhouse and Midlands Engine initiatives and invest significant capital resources in infrastructure projects across the north of England and the Midlands,’ and “devolve further revenue-raising powers away from Westminster.” They will also be looking to northern seats that voted remain as a prime target, framing both Labour and Conservative parties as pro-Brexit.

Beyond Brexit however, politics is about money. No I’m not referring to corruption or scandal (at least not just that) but the economic basis of power. Deciding how much money comes in (taxation), and what that money goes to (spending), is basically the main job of government, so the launches of each of the two main political parties economic plans were viewed with much interest and, unsurprisingly, happened in the North.

John McDonnell and Jeremy Corbyn were at Liverpool last Thursday, along with Lucy Powell (candidate for Central Manchester), to launch Labour’s pledges to the north. McDonnell told the room that every Labour government has done its best to reinvest in the North only to see their efforts swept aside by the incoming Tory government.

One of the key points of John McDonnell’s speech was that Labour will set up a Treasury unit in the north of England to move (some) power and control of spending out of London.

“To achieve that objective also requires therefore an irreversible shift in the centre of gravity in political decision making and investment in this country from its location solely in London into the North and regions and nations of our country.”

He also promised reforms to the finance sector and said the “days of the City dictating terms to the rest of the country are over.”

Earlier Jeremy Corbyn tweeted: “Labour today pledges a massive new £150 billion fund based in the north of England to fix the 'human emergency' under the Tories.” He later appeared at the Manchester Apollo to a packed crowd, while the Lib Dems gatecrashed the event with a poster campaign that attacked the Labour position on Brexit.

Adam Marshall, director general at the British Chambers of Commerce, said: "Our business communities will agree with John McDonnell on three fronts – the UK needs more public investment in infrastructure, more focus on upgrades in the regions, and more decisions taken locally, rather than in Westminster. We may agree on the aim – but businesses will raise real questions about how Mr McDonnell plans to get there.”

Both major parties have said they will borrow to fund major infrastructure, ditching previous fiscal rules, and relying on the current low interest rates to make this a viable economic proposal.

In a speech in Manchester, Sajid Javid announced plans to borrow "some more" to invest in hospital and railway projects. The Chancellor, who was previously a board member of Deutsche Bank during the 2008 financial crash, vowed there would be ‘sensible economic stewardship’ with up to £20bn promised for infrastructure (not specific to the North).

Transport is perhaps the most obvious example of where the north-south divide is keenly felt, with Burnham calling the infrastructure ‘antiquated’ and ‘Victorian’ as he promoted a ‘Manifesto for the North’ which demands more devolution of power (most likely to the mayor’s office, which he currently occupies). Figures from think tank IPPR show that spending on transport was £2,389 ahead per person per year in London compared to the north, with the spending gap growing rather than declining.

Labour is still committed to the ‘Crossrail of the North’ as it was in its 2017 election plan. The Conservative 2017 Manifesto promised a ‘Northern Powerhouse Rail’ though hints were dropped recently that the project was under threat, which the southern end of HS2 going ahead but the northern end of the scheme in danger of being pushed aside. Boris Johnson, however, is still making noises that the northern part of HS2 will happen.

So, while election promises are still deliberately vague, the north is seen as the chessboard on which this particular power game is being played out. But perhaps the words of a real-life Workington Man sum up how many northerners may feel about it. Kevin Matthews told the News and Star: “They don’t bother about the north when they’re in power. Now they want to be in power again they’re bothered about us. I’m sick of politicians. I’m not voting. I’ve had enough of them all.” 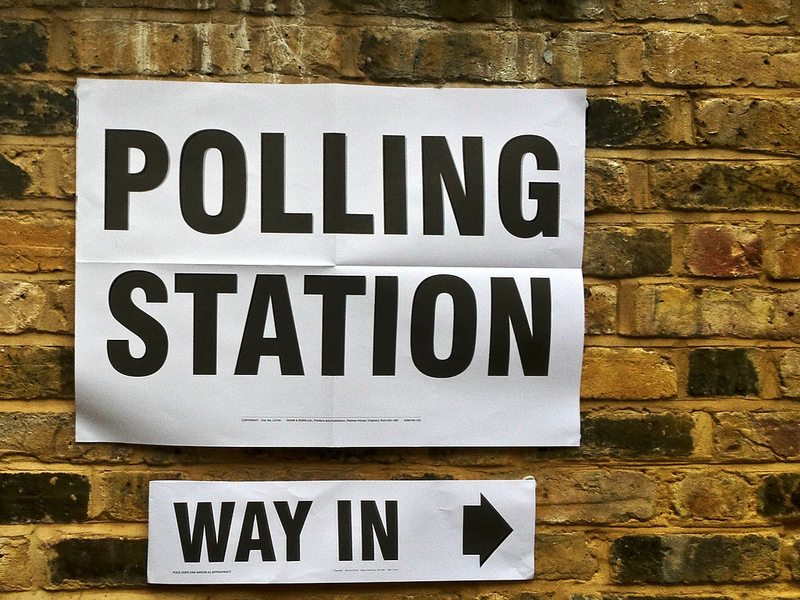 Thursday 14 November: Deadline for candidates to submit their nominations at 4pm. An hour later a full list of candidates should be available.

Tuesday 26 November: Deadline to register to vote at midnight.

Thursday 28 November: Around this time we can expect full manifestos to be launched, however last election the Labour manifesto was leaked before it was signed off.

Wednesday 4 December: The deadline for receiving new proxy vote applications (not by post) will be 5pm.

Thursday 12 December: POLLING DAY! Polls open at 7am and close at 10pm.

Friday 13 December: RESULTS DAY! Results pour in overnight and the winner, or whether it's a hung parliament, is usually known by about 5am.