The South still gets preferential treatment, so what can be done?

A group of leading health experts have joined together to tackle health inequalities in the North.

Public Health England, The Northern Health Science Alliance (NHSA) and the N8 Research Partnership have joined with twenty northern universities to form the Northern Universities’ Public Health Alliance (NUPHA) which will look at the causes of health inequality and campaign for more equitable funding for the North.

We have, year-on-year, seen so much research reporting on how this is getting worse, now we are actually going to do things to actually reduce inequalities in the North

Professor Aparna Verma, Director of Manchester Urban Collaboration on Health at the University of Manchester and a founding member of NUPHA, said: “Our main reason for coming together is to reduce inequalities. Inequalities are where we see worse health outcomes, like death and disability from the same disease or a hospital or GP activity. We have, year-on-year, seen so much research reporting on how this is getting worse, now we are actually going to do things (that have a good evidence base that they work) to actually reduce inequalities in the North.”

Professor Tim Doran from the University of York agreed, saying: "There are major structural disparities in power and resources between northern and southern England, and as a result people living in the North live shorter and less healthy lives. This health gap has persisted for centuries, but in recent years has started to widen.”

The contrast is perhaps most sharply apparent in cancer stats. Data from Cancer UK shows sharp regional variations in cancer survival and mortality rates across the UK, with London and the South coming out best and the North performing worst. The mortality figures in Manchester are 10% higher than the UK average.

One major cause is the disparity in funding between North and South. In a statement, NUPHA said: "This disparity is further compounded by the inequalities in the health service and research funding that is received by the North compared with the rest of England...according to the latest available figures, the southern regions receive over four times as much funding for research and development from the government and research councils. This equates to £21.95 per head in the North and £51.02 per head in the South.”

“It has been known for hundreds of years that much of health inequality relates to relative wealth,” Paul Moss, head of the Birmingham Cancer Research UK Centre, told The Independent.

“A problem could arise if people see that there are more cases of lung cancer in cities such as Liverpool or Manchester and then assume that it’s because the doctors and the health service are not good enough there, whereas in reality it is likely to reflect patterns of lifestyle.”

Productivity is also a huge focus for health researchers, using ill health's impact on wage-earning as a tool to convince Government to act. Professor David Burn, Chair of the NHSA and Pro-Vice-Chancellor for the Faculty of Medical Sciences at Newcastle University, said: “We know that health inequalities across the North of England are entrenched and worsening. We also know that a third of the productivity gap between the North and the rest of the UK is due to ill health – losing £13.2bn from the UK economy each year.

In Manchester, however, there is some good news to lighten those grey skies. According to the annual report submitted to the Greater Manchester Joint Commissioning Board, smoking rates are declining twice as fast as the national rate; that mean 46,500 fewer smokers in Greater Manchester than 2016; while an incredible 67,000 more people are physically active, compared to 2016. Social prescribing is being trialled in five boroughs, while 7,000 Manchester residents have decided to become Cancer Champions. While these findings are more lifestyle-based than direct reports on the health of the area, we can expect the effects to trickle through into a more positive health outcomes in the next few years.

But urgent action is still required to tackle the sources of health inequality. Professor Verma continued, “The main benefits to a Manchester resident are based around our ability to share what works and what doesn’t much more quickly across the North. These can be for health and social care services through to community projects. We know that if we work together, we can bring more research money to the north by working together - greater than the sum of our parts. We plan on being able to influence policy makers, locally and nationally. We will train people and build capacity. The most important part though by far, is that the activities will all be done with residents every step of the way.

“These actions will right the wrongs of multiple decades of the North receiving less research funding than the South." 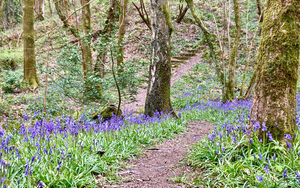