Government admits HS2 delayed by up to seven years…

…on the day that Richard Leese launches 'Connecting Britain' campaign

Transport Minister Grant Shapps announced today (3rd September) that the first phase of High Speed 2 (London to Birmingham) will not be delivered until up to 2031. Manchester and Leeds are covered in the third (‘2b’) phase which is also expected to be delayed.

The announcement came as northern leaders banded together to push the case for a fully realised HS2 in conjunction with the Northern Powerhouse.

What the North needs is...not just a little bit of investment here and there, we need wholly integrated transport systems

Speaking at the HS2 Economic Growth Conference in Leeds, Sir Richard Leese launched Connecting Britain. The campaign is ‘a coalition of business and political leaders who have come together, with one voice, to make a positive case for why the North and UK Plc need HS2 and Northern Powerhouse Rail delivered together, in full.’

The campaign was also launched on behalf of Leeds by the leader of its City Council, Judith Blake; and for Liverpool by Mayor Steve Rotherham.

The timing of the launch is either hopelessly optimistic, given the underlying implications of Shapps’ announcement, or a last-ditch attempt to get the Government to stick to their promises regarding HS2 in the North.

Signs that HS2 might be scaled back as Brexit casts its economic cloud can be found in Allan Cook’s advisory report on possible costs and timings, released today by Mr Shapps.

I don't believe there's any future in hiding #HS2 reports or concerns, so on the first day back in parliament I've published Allan Cook's report on possible costs, benefits and timings. Doug Oakervee & panel to use as part of evidence https://t.co/6shbZ4kbQi
— Grant Shapps MP (@grantshapps) September 3, 2019

The report said: “Given the above, the budget, schedule and business model for HS2, as well as the way it interfaces with the rest of the rail network, need to be reset – reflecting the different maturity of the Phases – to ensure the programme delivers the greatest possible benefit for the country in the most cost-effective way.

“The hybrid Bill for Phase 2b running from Crewe to Manchester and Birmingham to Leeds is currently being prepared and is, therefore, the least mature of the Phases. Given its early stage and its essential role in delivering Northern Powerhouse Rail, Transport for the North and Midlands Connect, there is an opportunity to fully integrate the plans for each region and deliver them in smaller, more manageable sections as part of a rolling programme of investment in the Midlands and the North. In line with the experience of Phase One, the cost of Phase 2b is likely to rise from £28.6bn to a range of £32bn to £36bn with target delivery moving from 2033 to between 2035 and 2040.”

Leader of Leeds City Council @cllrjudithblake speaking about the launch of our #ConnectedBritain campaign, calling for a united voice across political, business and industry leaders to support the delivery of HS2 and NPR, together, in full. pic.twitter.com/DYzz9wUQ7i
— Connecting Britain (@ConnectBritain) September 3, 2019

While the report is softened by bureaucratese, the following statement will make supporters of HS2 nervous. The report promises to: “Consider more effective ways to capture the wider strategic and long-term benefits HS2 will bring to the country’s transport system, particularly in the Midlands and the North, as well as the wider industrial, regenerative and economic impacts.”

In other words, phase 1 (London to Birmingham) is a done deal but phase 2b (Midlands and the North) is on much shakier ground. Even in the best-case scenario, Leeds and Manchester will not benefit from HS2 until at least 2035. The wait could if fact be significantly longer than that and come in a completely different form to the one currently envisioned.

The Government has previously announced that there will be a long-term report into HS2’s future. The Oakervee review of HS2 is chaired by Douglas Oakervee, a retired engineer who was also the chair of HS2 Ltd for a short period, along with Lord Berkeley as deputy. The Labour peer is a known to be sceptical of the rail infrastructure project, expressing concerns about rising costs.

Leader of Manchester City Council @SirRichardLeese speaking today at the #HS2EG19 conference about the launch of #ConnectingBritain and the importance of delivering HS2 and NPR together, in full. pic.twitter.com/vQoyhr81vx
— Connecting Britain (@ConnectBritain) September 3, 2019

Rail industry leaders responded: “The Oakervee Review is an opportunity to confirm the value of the project once-and-for-all, and to explore how HS2 can deliver even greater benefits. In particular, we urge Mr Oakervee to consider how HS2 services could reach Scotland in three hours, in line with the Prime Minister’s commitments to the Union and to reducing domestic aviation in line with our net zero targets.”

The announcement comes after a summer of criticism regarding the state of transport in the North.

Liberal Democrat MEP for the North West Jane Brophy said: “The Tories’ long-term indecision and incompetence was always going to cost taxpayers and fail Northerners the most.

“The Liberal Democrats have always been absolutely clear that HS2 construction should have started in the North. Then, when the project inevitably encountered the issues it has, the areas most in need of infrastructure upgrades would have received them first."

According to the BBC, both the Government and HS2 knew that the project was delayed and over budget years ago. HS2 is a public company, funded by the tax-payer. 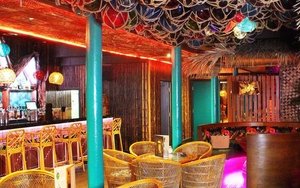 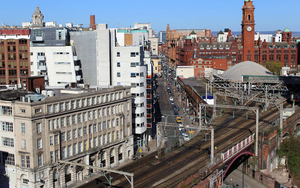 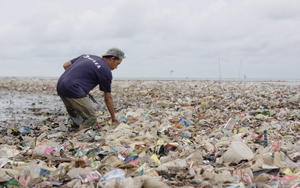 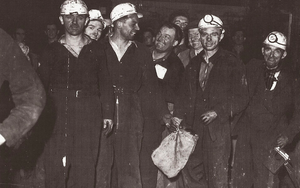