NOSTALGIA ain’t what it used to be. Yet the day started well. Scudding clouds over the sunlit Rivington moors as we motored back into a shared past. The first home we ever owned was in a ridgetop hamlet called Blackrod, our destination. Even back in those neolithic times it had pebble-dashed dormitory sprawl written all over it.

'Celebrating Great British charcuterie'? Our server says the salami and chorizo came from "Spain and Milano".

Folk commuted into Bolton, where Wanderers were still playing at Burnden Park. Now they’re just down the road from Blackrod in the only English football stadium named after a French President.

Nesting instinct revisited, though, was just part of the back story of why we fancied reviewing the Goose & Gander, recently known as Suzanna’s and Gallagher’s. And in our day? Lost in the mists. 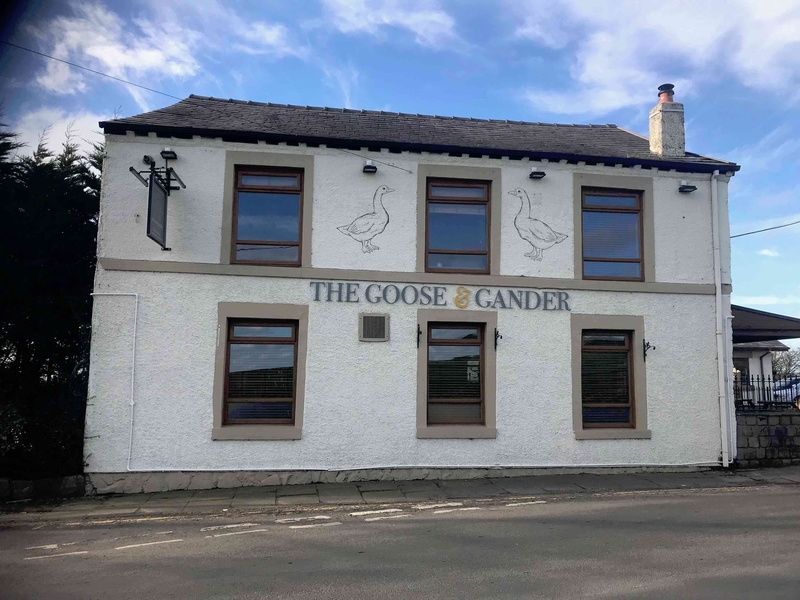 Cut to just a decade ago and I was privileged to join the Ramsons team from Ramsbottom at a British Museum ceremony, where one Heston Blumenthal presented them with The Good Food Guide Readers’ Restaurant of the Year award.

Lest we forget, Ramsons’ owner Chris Johnson was the man who put Rammie on the foodie map. The likes of Baratxuri and Levanter might not be there but for his 25 years of dogged, fine dining trail-blazing in cottage premises (the site lost its way after he retired, but reopens promisingly next week as the latest Tre Ciccio).

Chris’s head chef, Abdulla ‘Naz’ Naseem, was at the awards bash along with a young sous chef, Andrew Turner. Both owe a lot to the influence of Chris, a kind of Gandalf The Grey guru, shaking his wizard’s staff against all who didn’t live up to his culinary principles.

Naz went on to equal acclaim at the Hearth of the Ram, the next big thing in Ramsbottom, while peripatetic Andrew worked at a host of fine places across Europe and the UK, notably for Gordon Ramsay at Maze. Now he’s installed as chef/patron at the Goose & Gander and has lured Naz back from his native Maldives to be his head chef.

Great expectations then. Dashed by a confused lunchtime experience. Whether either protagonist was in the kitchen, I’m not sure; front of house was like an audition for (well, we are in retro mode) Are You Being Served? Chaotically, is the answer to that.

The Goose & Gander makes no pretence of being a destination restaurant. It’s a ‘Country Bar & Kitchen’. Horses and dogs are welcome, the latter in the bar, if not overly muddy. It calls itself a ‘family style’ restaurant (kids eat free during half-term) on its Facebook page, which also advertises live screened rugby in the bar. Touching a lot of bases as they say.

Still the menu namechecks potted Fleetwood shrimps, Bury black pudding and rare breed meat, including their own saddleback pork reared in nearby Belmont, up next to Winter Hill.

All of which inspired us to order Chapman’s rare breed chipolatas (£4) off the nibbles board, ostensibly for our immaculately clean dog, though as things turned out, he had to share with us.

The Chihuahua’s Chipolatas, it has ring to it. Not allowed in the large restaurant space at the back, he hunkered down next to the wood-burner in the open-plan pubby part. That was fine by me. I preferred it, apart from the Sky News distraction above my wife’s head.

We weren’t distracted enough not to realise that her £8.55 starter, when it arrived, didn’t much live up to the menu spiel. ‘Celebrating Great British charcuterie, cured venison, mutton, wild boar and ham, homemade pickles, beetroot hummus, sourdough, oil and balsamic’.

From beetroot onwards all was there, but that tempting GB provenance wasn’t. We asked where the rolled up salami and chorizo came from; our waiter went to check and came back with “Spain and Milano”.

Understanding our pain, to ‘refresh’ the plate they allowed us to pick a couple of local cheeses from the platter selection (Mrs Kirkham’s and Raven’s Oak) and chucked in two goat cheese pebbles and a slice of dull prosciutto. The cheeses and hummus were tasty.

We had planned to accompany it with a bottle of Albarino, but another server returned to say that wasn’t available, so we settled for a rather more expensive white, a generic Berard Chablis at £32.95, austere but not in a good Chablis way. Too late we noticed on the list a Chateau Musar Lebanon red, which would have been far better value at £47.95.

While all this was being rearranged, the chihuahua felt his own pain as we impatiently demolished half his rather splendid chipolatas. Plus, and this was a redeeming factor, a terrine of ham hock (rare breed, what else?), classically accompanied by capers and gherkins with soft boiled quail’s egg and piccalilli (£6.55). It was beautifully moist and well-flavoured, when so often it can be lumpen and dry.

Proof then of a kitchen that can cook, but is obviously playing safe because of the perceived pubby demographic. There were none of the expected specials. So, in a renewed spirit of nostalgia, we ordered traditional fish pie (£11.25) and chicken wrapped in Parma ham (£15.95).

The first, underneath its ample mash shell, was dominated by smoked haddock and an impressive, unless you were after fish, amount of boiled egg. The chicken, done as a ballotine, was more impressive, with al dente baby carrots and kale, but the jug of unassertive Madeira sauce offered little to the dish.

Chocolate fondant, Eton mess and lemon tart on the pud menu didn’t tempt us to linger as flashbacks of the 1979 Winter of Discontent started to assail us. There would be just time on the way back to check our old back garden to see if they’d kept my beloved raspberry bushes. One further fruitless detour down Memory Lane. 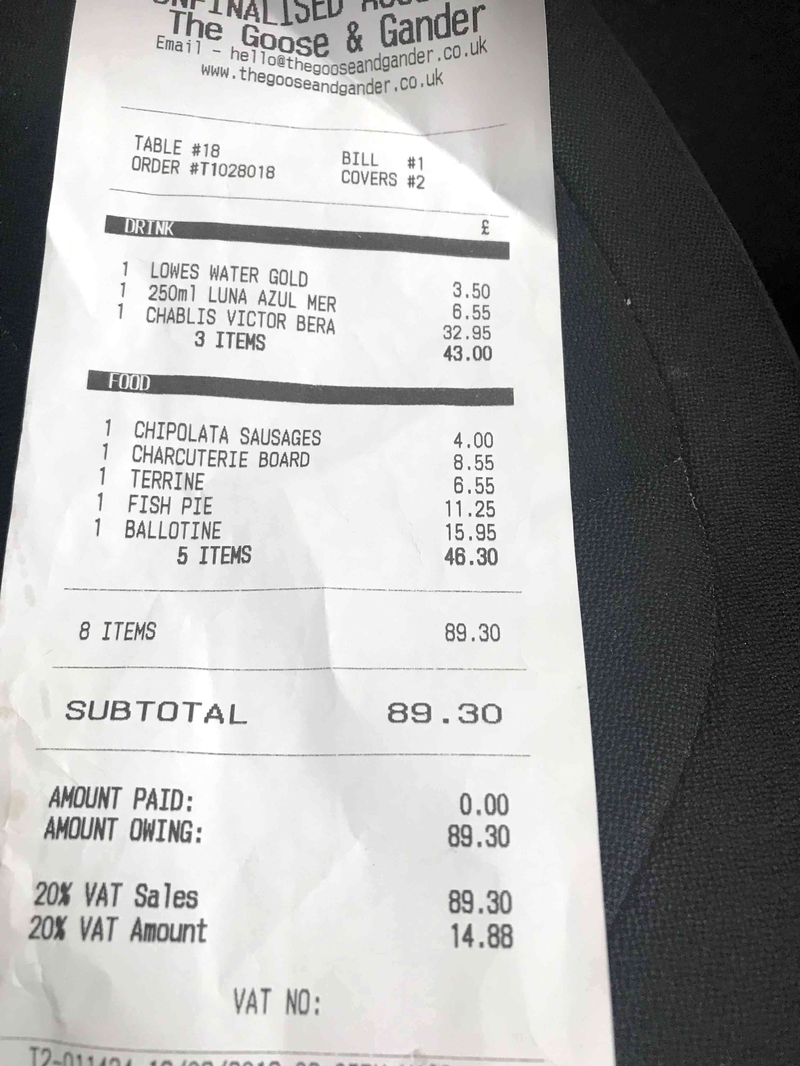