Ten places to get a great milkshake in Manchester

Boozy ones, savoury ones and over-indulgent ones - all better for supping than chucking

Manchester has always been at the forefront of milk-based antagonism. Anthony Burgess’ anarchic gang of droogs led by antihero Alex gulped down pints of the stuff before going on a rampage. Not that we’re advocating ultraviolence.

Over the past few weeks, the milkshake has become an unlikely symbol of the backlash against fascism with both Tommy Robinson and Nigel Farage being doused with pints of the fast food favourite recently.

It’s a relatively non-violent, humorous approach to making a mockery of the hate preachers who are attempting to capitalise on the disillusionment sweeping Britain right now.

Yes, it’s a bit silly, but it’s getting people talking, and undermining a dangerous rhetoric.

So we’ve come up with a list of places in Manchester where you can get a bloody good milkshake. You won’t really want to waste these by chucking them at a fascist - unless you find yourself in an on-the-spot emergency.

Instead, think of these as a form of symbolic solidarity with the brave milkshake lobbers on the front lines of the protest. 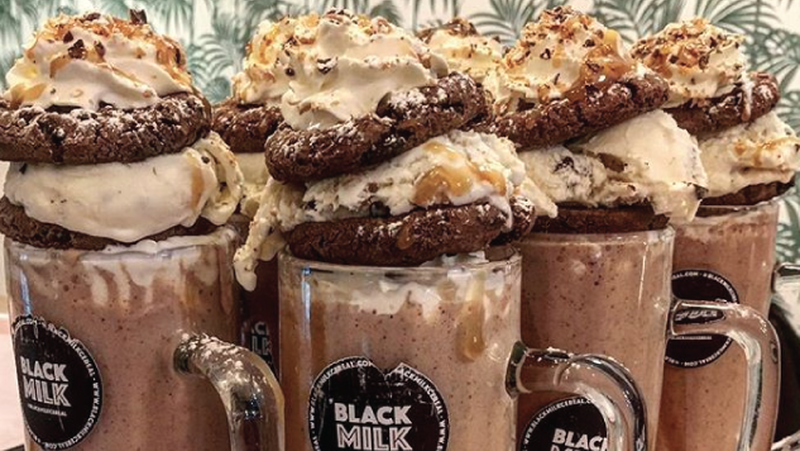 If your life motto is ‘go big, or go home’, then this is the slurp for you. The popularity of millennial phenomenon the 'freakshake' caused Action Against Sugar to call for a ban because of their outrageous sugar content. Now we know our readers are a moderate lot, who are well versed in the dangers of overindulgence. So we don’t need to tell you that these should be reserved for a special occasion. Like the defeat of the Brexit party in the next elections, perhaps? 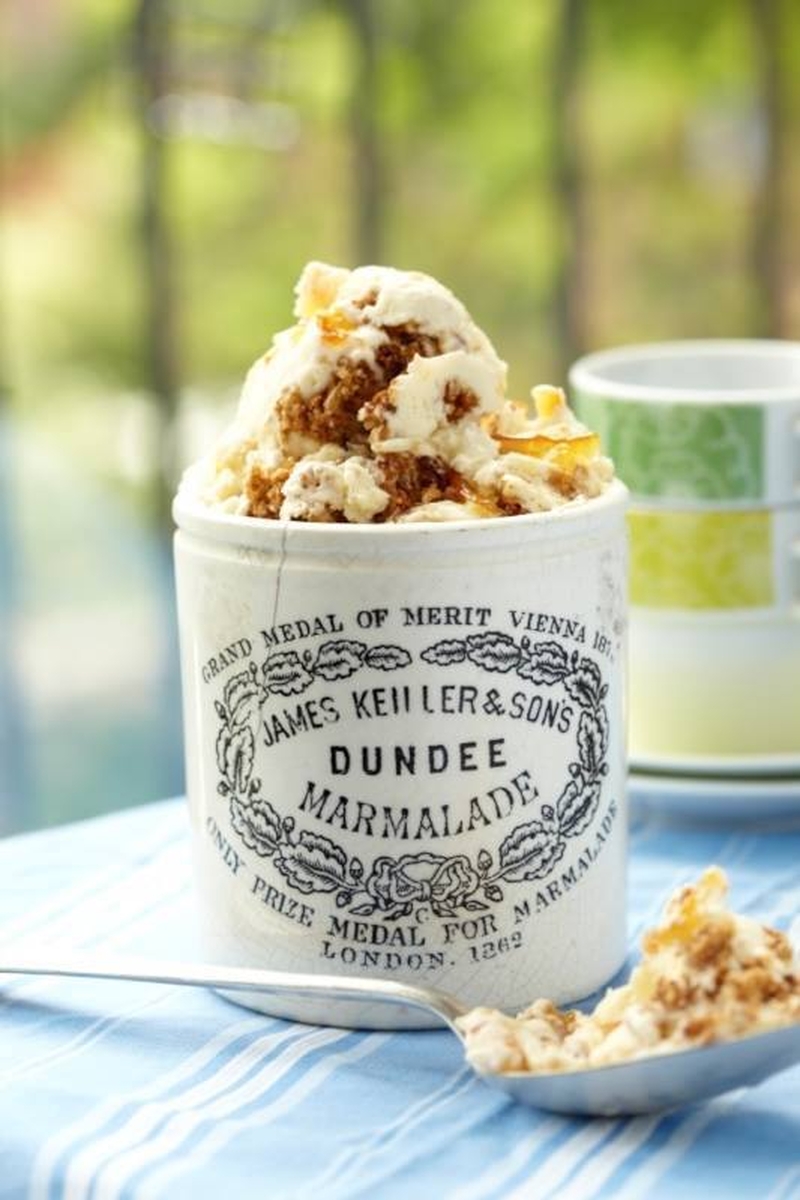 Marmalade on toast flavour ice cream whizzed up into a milkshake.

Afflecks has always been at the core of all things alternative, hippy and system smashing. A place for proud punks, hippies and non-conformists. So it’s apt that Ginger’s luxury independent ice cream pop up has made a successful permanent home for itself here. If you’re anything but vanilla, you’ll want to try her other extreme flavours like goats cheese and pear, fior de latte or pear and espresso. These can be enjoyed as a scoop or two or whizzed up into a milkshake. Revolution, raspberry swirl style, now! 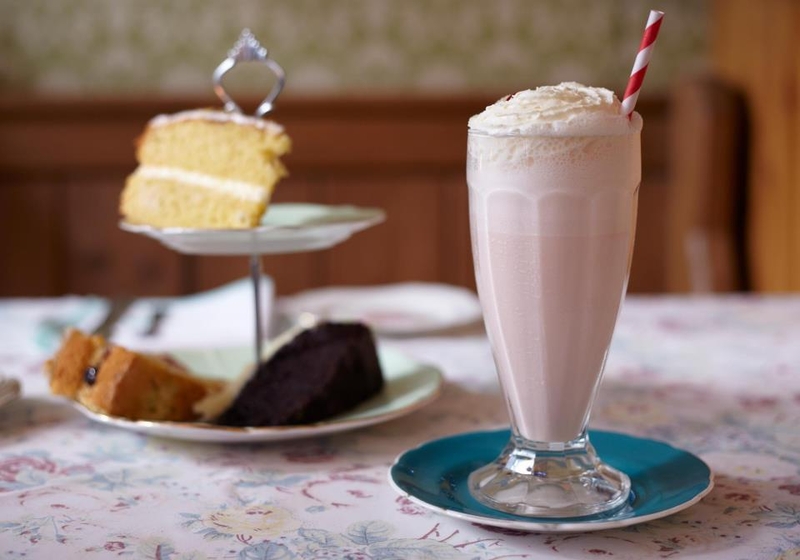 Sugar Junction is a retro tea and cake joint reminiscent of the 1950s. You know, the decade of starched petticoats, rock n roll, Europe's recovery from WW2 and the celebration of the defeat of a horrific right wing superpower. So what better place to go and celebrate the stamping out of right wing, racist and divisive propaganda? Take your mum or your gran or both, have an afternoon tea while you’re at it, and hatch a multi-generational plan to shake up the system. 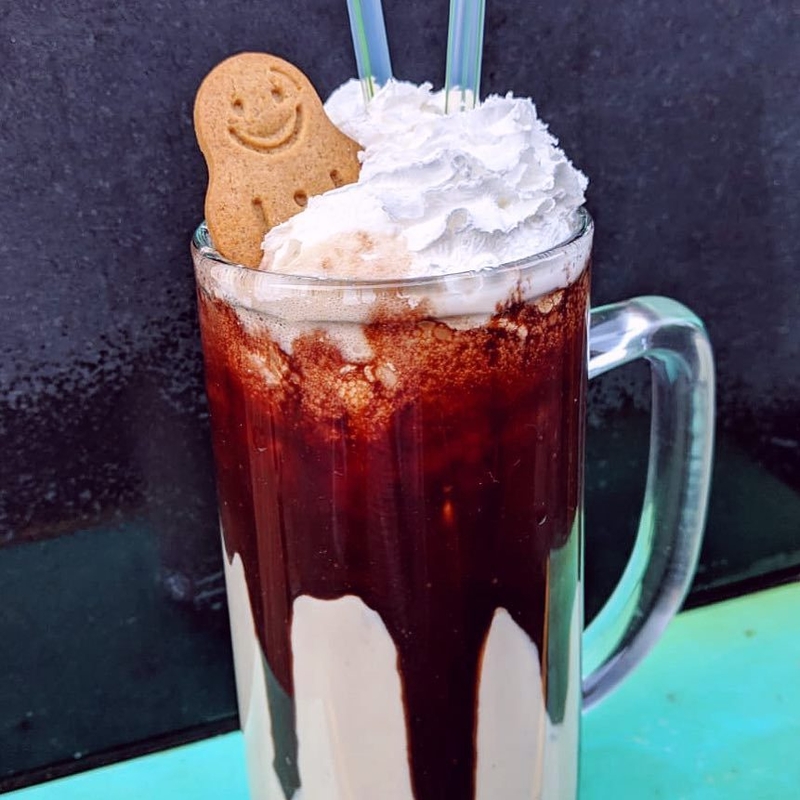 Vegans may not be the happiest bunch at this milky strain of political protest but don’t worry, there’s a cruelty-free milkshake waiting for you at gloriously divey diner V Rev. Well animal-cruelty free anyway. We cannot possibly comment on the use of soy and oat based milkshakes to cause (mild and just quite funny really) cruelty to humans of the right wing variety. This shake is even more likely to cause upset with angry bigots and Piers Morgan if the Greggs vegan sausage roll debacle is anything to go by. 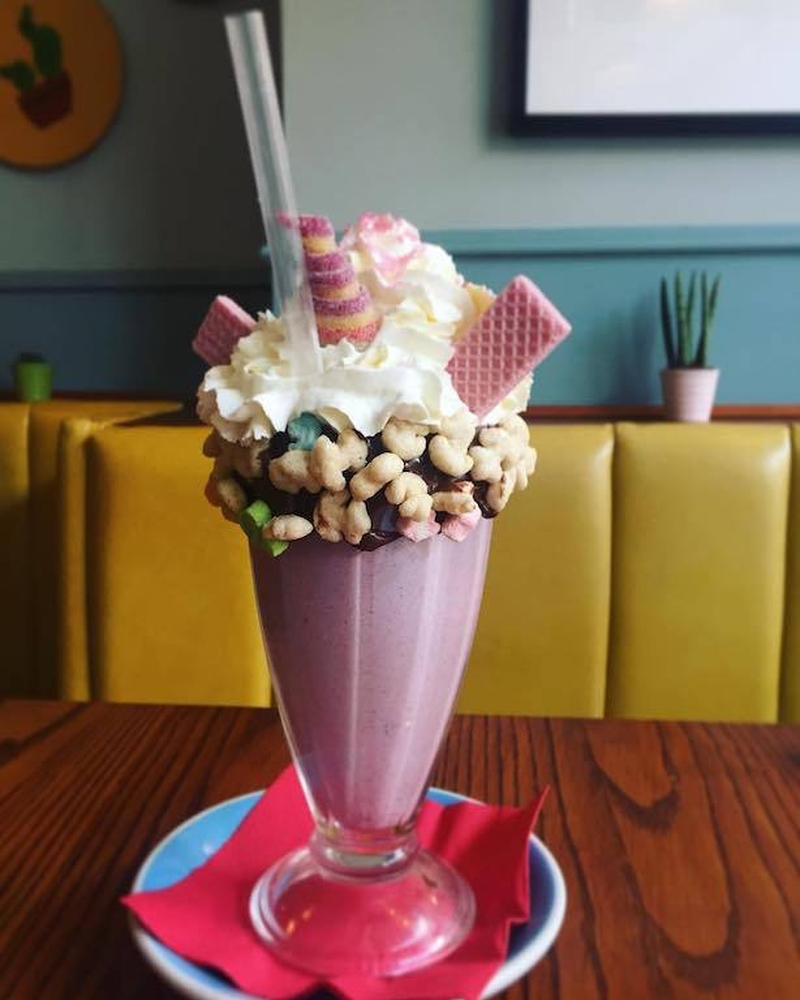 The word Alabama has been in the news this month for all the wrong reasons, which is unfortunate for this cute USA-style diner. Unlike its namesake American state's government, Alabama's on Newton street is an open minded, modern hangout for the 21st century. This lot are all over social media, leading to customers coming from far and wide to try their very instagrammable offerings. If you like taking photos of your food, these colourful milkshakes will tick the boxes. Speaking of ticking boxes, don't forget to register to vote in the elections if you haven't already. 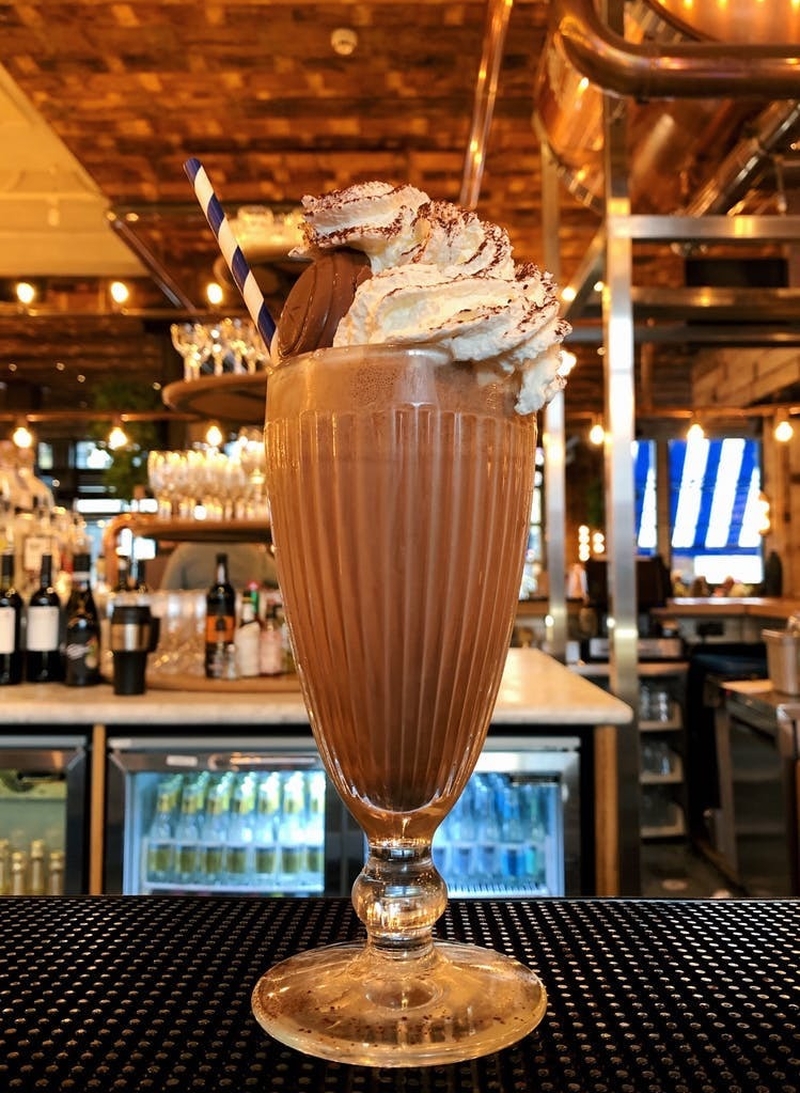 This Bavarian Bier Haus is one of the myriad European eateries in our fine city that highlight the benefits of its multiculturalism and diversity. We head there regularly for German beer, bratwurst and bonkers Bavarian style party times. Farage loves Germans so much he married one. So maybe he’ll pop in next time he’s up North? They also do a damn good milkshake. Ideally he’ll stay away and you can just enjoy it on this backdrop of a European utopia while it lasts. 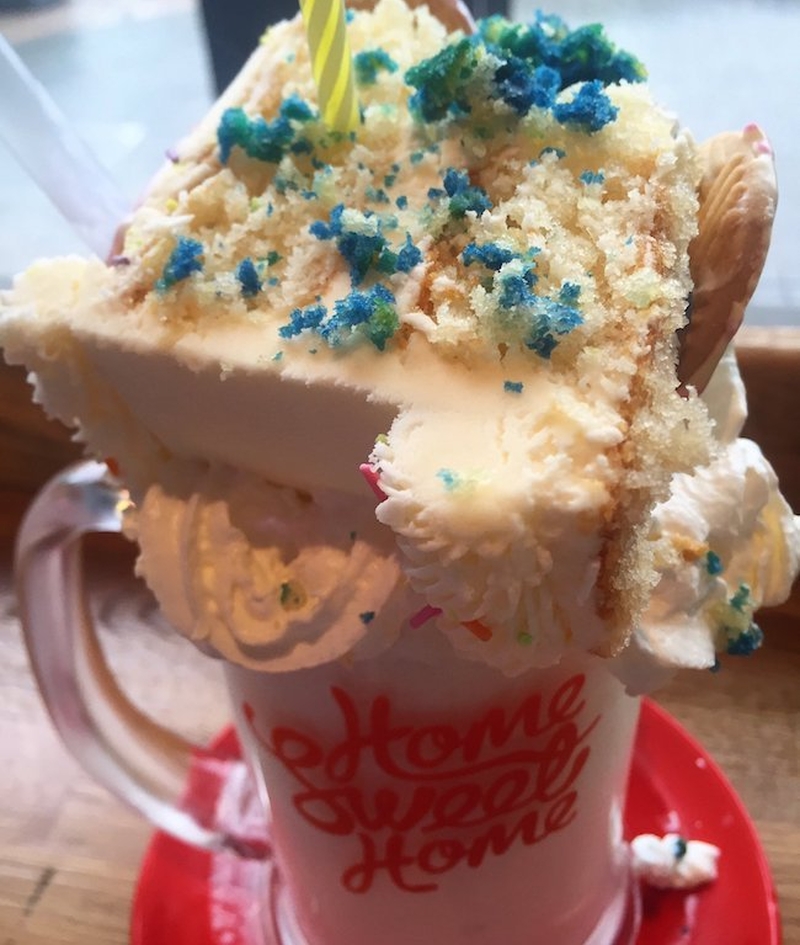 There is excess and then there's this. But if you've got a sweet tooth and you've been very, very good you might be able to justify having one of these on your birthday. Or maybe on the birthday of the milkshake revolution? That's Wednesday 1st May by the way, the day the first milkshake was splattered across Tommy Robinson in Bury. Or maybe on the birthday of the fella that threw that shake? Or the day they invented milkshakes? I'm sure you can think of an excuse. 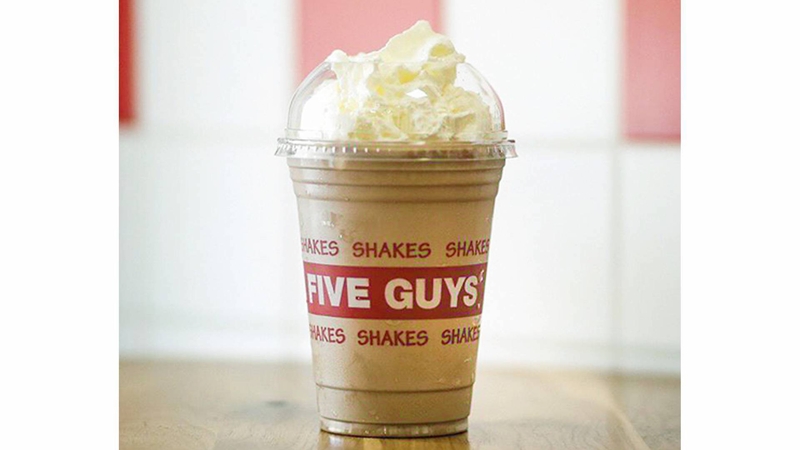 We wouldn’t normally champion a global fast food brand here at Confidentials, we are a bit more in the local and independent camp. But if you have to go down that perilous route, you could do worse than Heston Blumenthal’s favourite milkshake makers. Maybe he loves them so much because you can add bacon to any of their shakes? As with everything at Five Guys, you are free to mix it up and there are 11 milkshake ingredients to choose from, with bacon sprinkles optional. 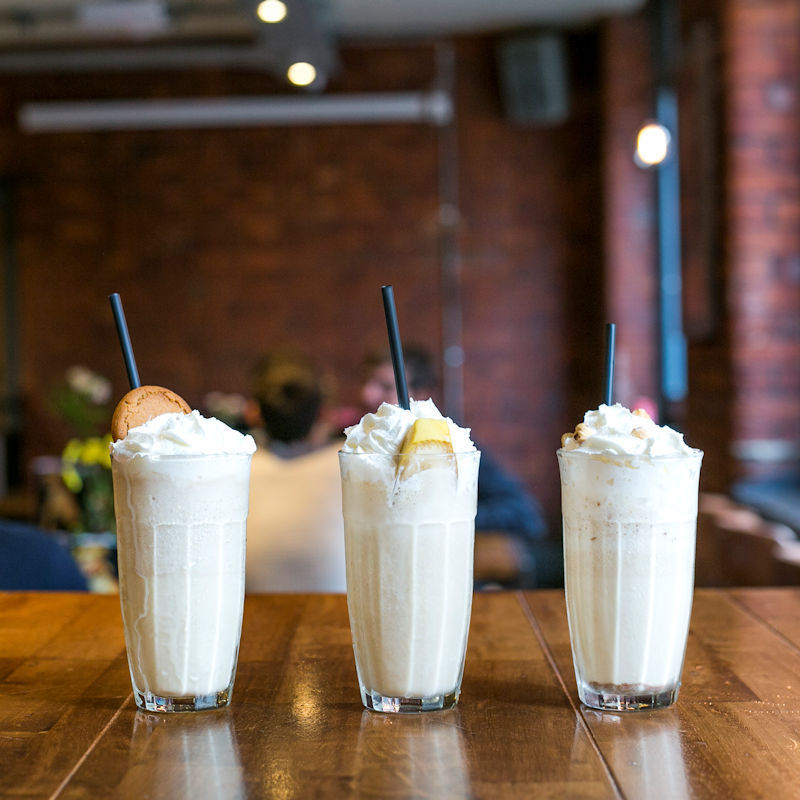 Surely there's no way to improve on the udderly delicious concoctions that we have laid out above. But this is a classic combo that would fuel a Great Manchester Run and back again. If you've got room, try and sneak in in alongside their famous bottomless brunches - arguably the first place in Manchester to do so. 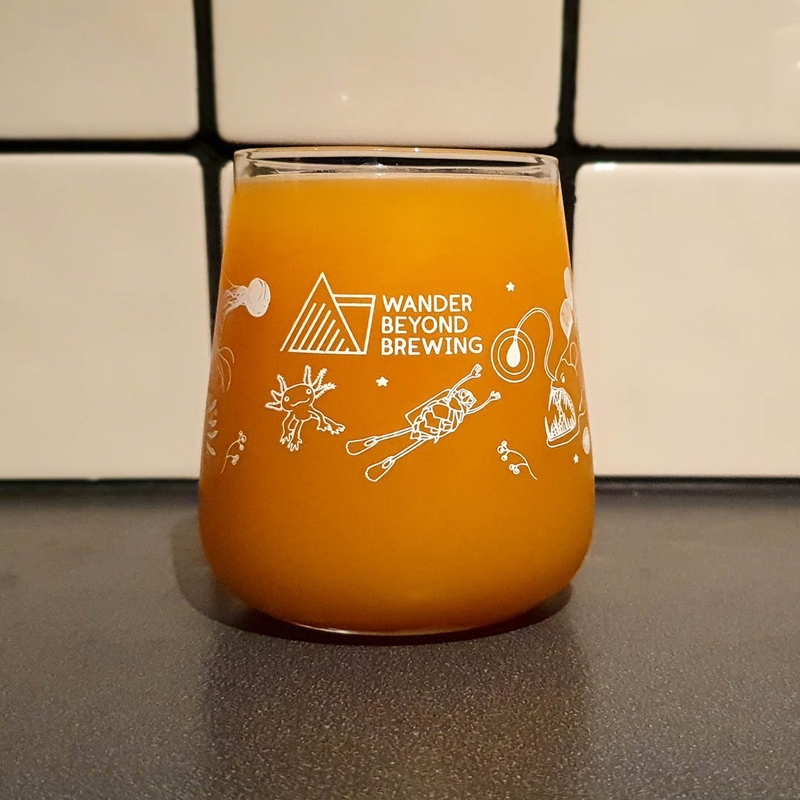 If you're not won over by the sugary, sweet concoctions above, how about a different kind of milkshake? This is a milkshake IPA with added lactose and mango for a subtly fruity flavour and silky mouthfeel. Made by Manchester's very own Wander Beyond Brewery on North Western street, you can get it on tap at Knott Bar and other selected bars and beer festivals.