AMERICAN FAST-FOOD franchises have done wonders for the British appetite, have they not?

Imposing burger/chicken/pizza/sub joints have turned us Brits into wide-eyed gluttons and done everything but supersize a crumpet, serve it with pepperoni and stuff it in a paper bag.

Much like red drink cups at a fraternity house party, it seems we’ve eagerly embraced Five Guys just for the cute Americanisms we’ve spotted in the movies...

Many wouldn’t have it any other way. Without the continued proliferation of American gorge-fest food we wouldn’t have the likes of Almost Famous, Reds True BBQ, Solita or everyone's favourite, pulled pork. 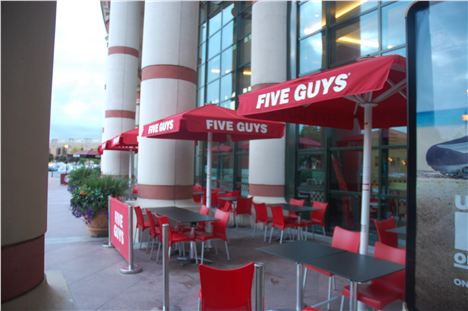 Manchester restaurants have been dressing up the burger like it’s Julia Roberts in Pretty Woman and forcing us to consider it a gourmet eat - even high-end hotel group Malmaison does a 'MAL burger'.

Still, you can take a burger out of a fast-food joint, but you can’t take the fast-food out of the burger. Or something like that... 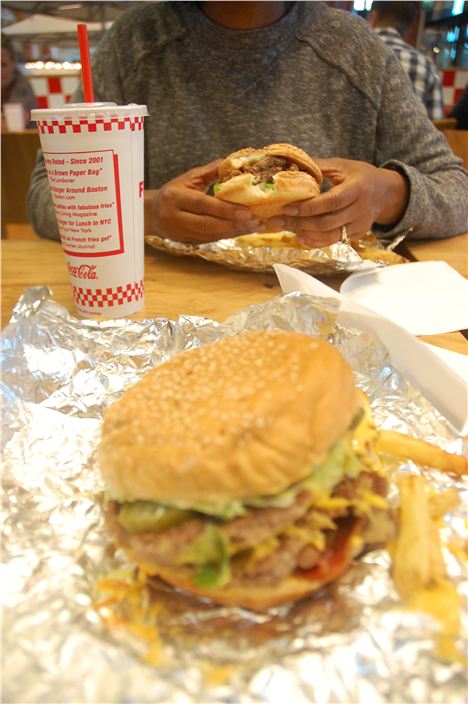 The burger's at home at Five guys

Five Guys, started by a Virginian guy and his four sons in 1986, has become a favourite across the US, and now has over 1,000 restaurants across Northern America. The Washington Post declared the guys the 'Willie Wonkas of Burgercraft'.

The UK wanted some of the action.

In 2013 the Covent Garden Five Guys opened to great reviews, “It’s heaven in a brown paper bag,” beamed The Londoner. So naturally Manchester eventually got some of the action too and another outlet opened within Trafford Centre's marble fortress earlier this year.

'Five Guys' is brandished across bright red and white canopies in big bold capital letters. Mixed with the Trafford Centre’s garish approach to decor (palm trees anyone?), it’s all incredibly loud. Why are they shouting at us? 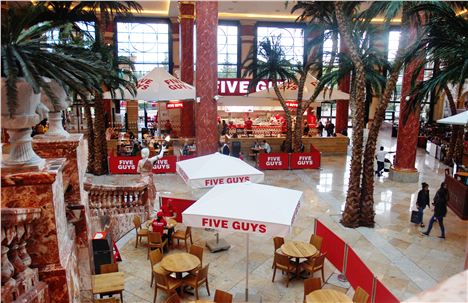 The Five Guys serving philosophy is what you’d expect from any American fast-food brand. Happy to help, smiley servers dressed in the archetypal serving caps and t-shirts. You can see into the kitchen where there’s a solid conveyor belt serving system: one server prepares the buns, another adds the burger and the dressing and one poor guy at the end just stuffs them into bags. 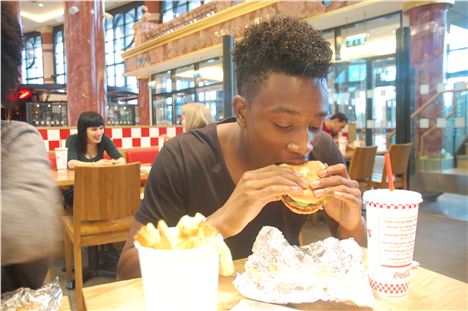 I chose the bacon cheeseburger with the option of having ‘all the way’ toppings at no extra charge (a nice touch): grilled mushrooms, onions, ketchup, mayo, relish, pickles. The aim is seemingly to eat your way to a heart attack.

Served on a seeded bun it looked the part. Big, beefy and spilling over with cheese and all the other toppings, it fit the bill as a certifiable American classic.

The well-done burger slathered in the melted cheese was tender and tore away with ease. While I’ve become accustomed to McDonald’s poor and stale excuse for a bun, Five Guys’ was a soft and fluffy number. The none-too-salty fries were moreish and it was clear they had been cut from freshly picked potatoes. 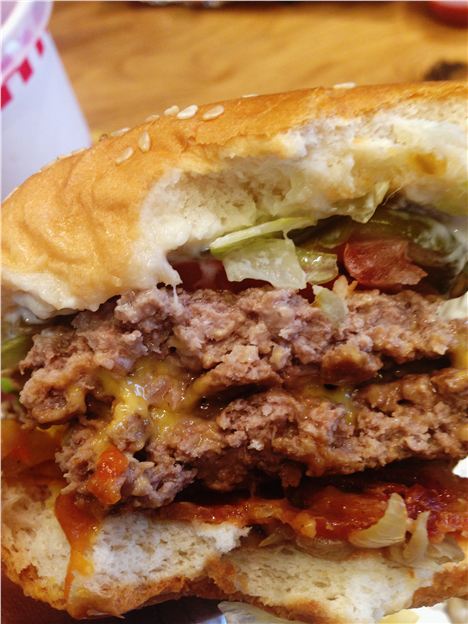 Scoffed. Bacon cheeseburger with all the toppings (£8.75)

The burger was good, but I didn’t understand where all the hype and excitement had come from. Sure, it’s far tastier than a Big Mac but it’s not leaps and bounds ahead of Burger King’s options.

Much like red drinks cups at a fraternity house party, it seems we’ve embraced Five Guys only for the cute Americanisms we’ve spotted in the movies - the tinfoil wrapped burgers and the brown greasy paper bag.

By fast-food standards it’s expensive too.

My burger cost £8.75 and my ears pricked to the sound of grumbles from other customers about the price. 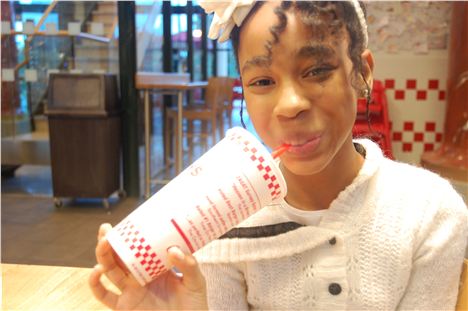 Filling up on fizzy pop

Five Guys is a solid addition to the Trafford Centre’s food court, but could do even better in the city centre where burgers are still having a moment. Competition though, is fierce.

But I’m all burgered out. Give me salad. Give me fresh fish. Give me something that won't bring on type 2 diabetes, please.