The weirdest summer ever is nearly over and step by step, Manchester’s hospitality scene is reviving itself. In fact, there are so many new kids on the block, we can hardly keep up.

We’ve got super chefs taking inspo from Norway in Prestwich, Morocco in Altrincham and Eastern Europe (amongst other places) in Red Bank. There’s also a whole load of salaciously salty junk food, from trap box trays to killer prawns.

Here are the latest places to put on your list... 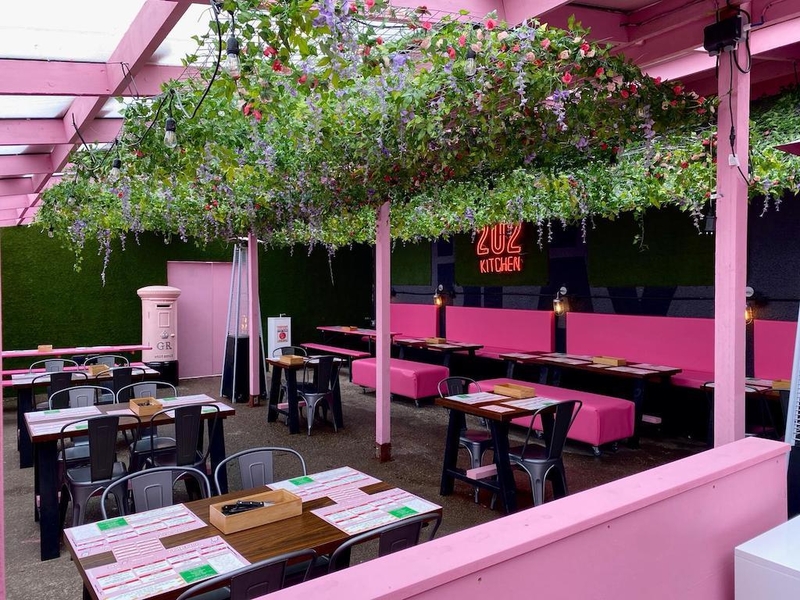 New to Manchester Hall, well, just next to it in a semi-open space, is 202 Kitchen with its pink, pink, PINK colour way and belly-busting, trapbox food. Despite the moniker, it's not that kind of cooking. Expect great trays of soul food like fried chicken, barbecued corn and big burgers. This food concept has got hip young things ‘gramming like their lives depend on it and this place is set to be buzzing. Keep an eye out for our review coming soon and read more about this one here. 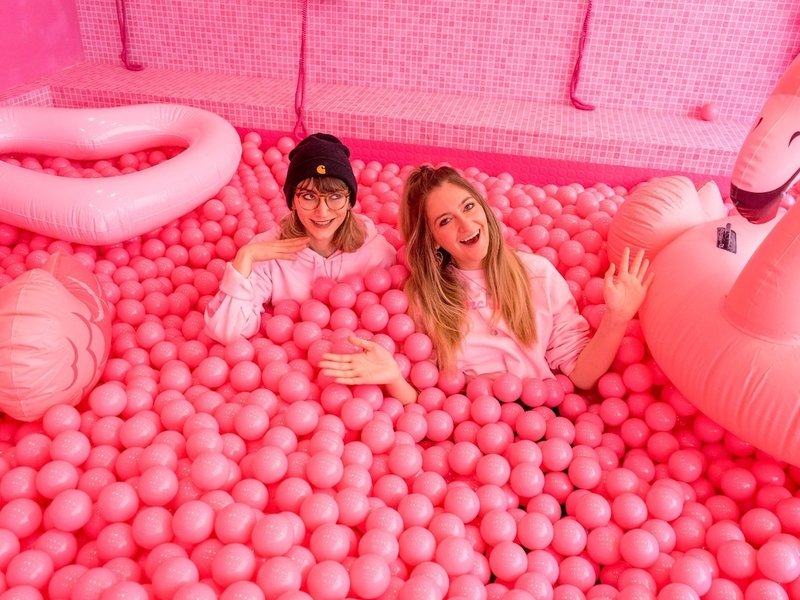 The pinkness continues. With celebrity fans from international pop stars to world-class boxers, Archies has been one of the biggest success stories of the past decade and it's finally gearing up to open its long awaited Trafford Centre site in September. Just when you thought things couldn’t get any more Instagrammable, they’ve gone and added a ball pool and bright pink banana shaped swings along with their trademark hot pink booths, walls and neon signage. If you’ve somehow not experienced Archies all this time, except outrageous burgers like a fried chicken burger with hot n spicy Cheetos and squeezy cheese as well as a sugar coma-inducing new range of Lotus Biscoff desserts including waffles, milkshakes and sundaes. 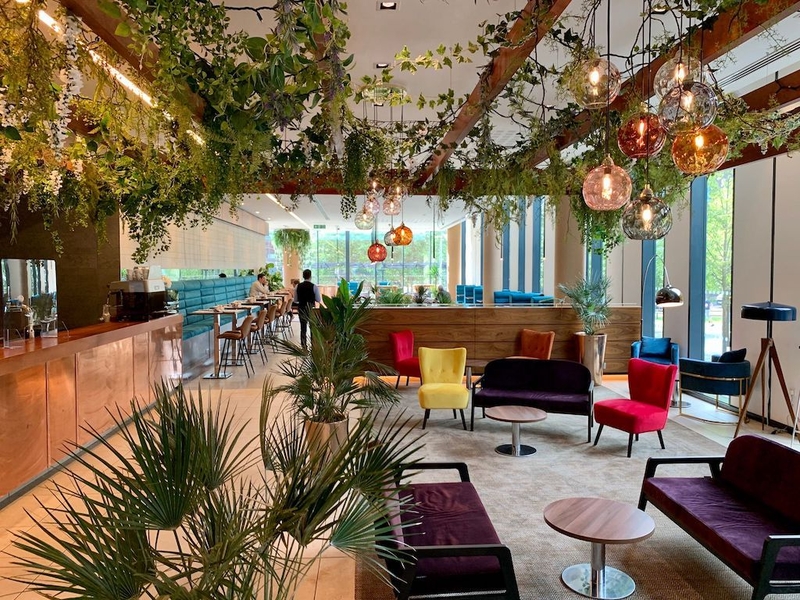 What: The Hideout at Innside

The Innside hotel may have escaped your notice, tucked away on First Street in what could be mistaken for an office block. Until now, its food offering too has gone well under the radar, servicing its guests but not really making any waves on the dining scene. That might be set to change though with its rebranded restaurant The Hideout. With three menus to choose from - although if you're cheeky like Gordo they may let you order from across all three - the main one features starters like five heritage tomato salad with homemade cheese and red wine gel, mains like marinated breast of chicken, compress watermelon, shaved fennel and sherry vinegar, and desserts like passionfruit Eton mess sundae. Gordo recently popped in for a visit and gave it a rave review. 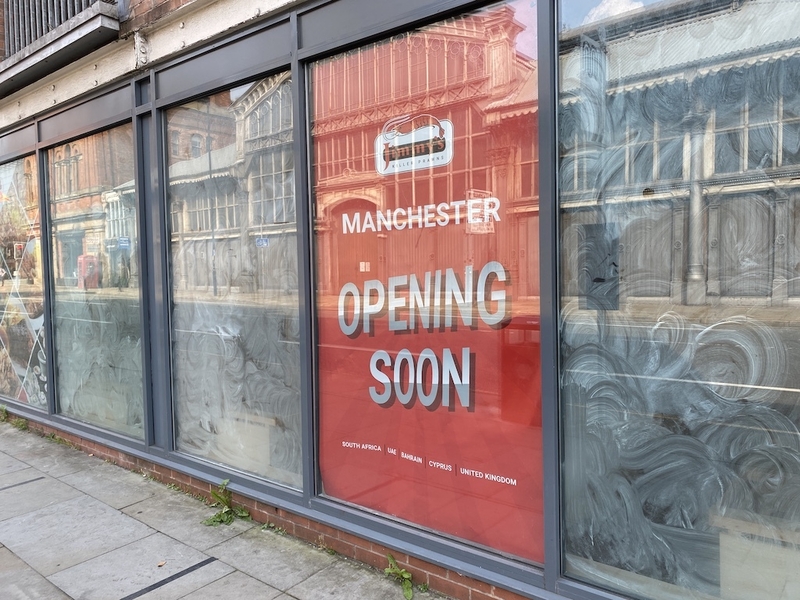 If you’re a fan of American-style, stonking great platters of ‘shrimp’ cooked in a bewildering number of ways all detailed on a menu which could qualify as material for your local book group, Jimmy’s Killer Prawns might have you ticked pink. Despite being named after a potential food poisoning incident, this franchise is popular all over the world. Like Madonna, Cher and Kanye, founder Jimmy apparently has no particular need for a surname. He started his Killer Prawn empire in an old mining house in Johannesburg, South Africa, and now has branches worldwide. The main draw is gigantic platters of prawns (of 18-72 pieces) presented in a variety of worldly ways - think Kashmiri, Santorini or Mozambique style. There are soups, salads, sushi and, yes, burgers too. Moving in where the short-lived Stone Grill steakhouse has vacated, this Manchester branch on Liverpool Street is only the third site in the UK. We've certainly taken the bait. As the short-lived wine bar The Quick Brown Fox fades to black, a new cocktail bar called Mecanica has ridden into town like the four horsemen (well it does feel like the apocalypse at the moment). We know there are plenty of other cocktail bars in the city but Menanica plan to kill 'em all with ‘no gimmicks, no trickery, just great drinks and a small amount of food done well.’ If there's whiskey in the jar and fuel in your belly, nothing else matters, right? That fuel comes in the form of cakes and chocolate from Slattery in Whitefield, by the way, as well as a yet-to-be-announced bar menu. The bar comes from the team behind pay-per-minute cafe ClockWork (formerly Ziferblat- come on, keep up) which is convenient as they also run the adjacent co-living scheme, Oppidan Life. Running things at Mecanica are Marc Benton, formerly of La Bandera, Phil Aldridge and Isaac Jones from Michelin-starred Mana and Jack Perry from the world-famous London Cocktail Club. Welcome home, Mecanica. 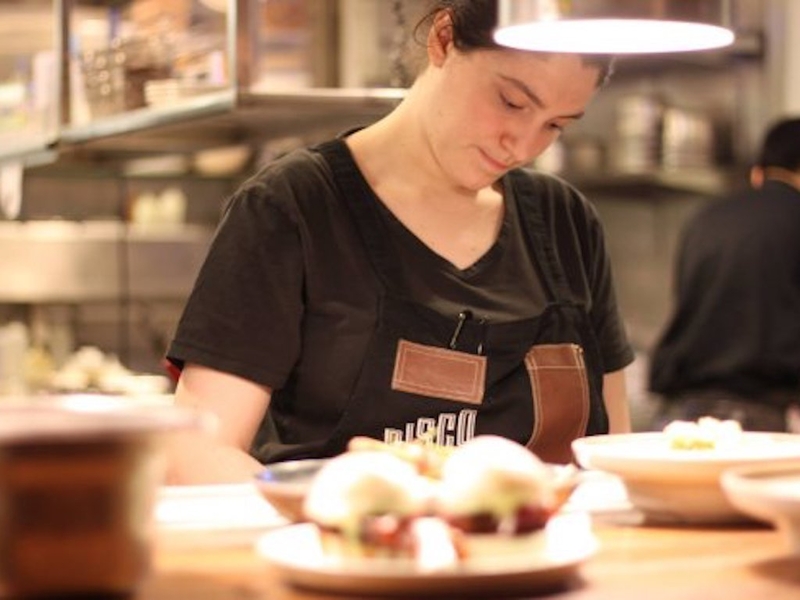 Manchester chef Danielle Heron is heading home from her travels to launch her new kitchen and bar OSMA in Prestwich with co-owner Sofie Stoermann-Naess. Whitefield-born Heron, 28, has been busy working in top kitchens starting with L’Enclume in the UK before heading to the three Michelin-starred Maaemo in Norway and finally Kolonihagen Frogner also in Norway. Now she’s bringing that experience back to the neighbourhood she grew up in. OSMA, which is due to open in September, will serve a relaxed healthy lunchtime menu of open Scandinavian sandwiches and hearty salads - using seasonal  ingredients from local British farms and producers - alongside fresh juices and great coffee. Four nights a week, OSMA will also operate as a ‘food-bar’ serving small sharing plates with a frequently-changing menu, accompanied by 'funky wines and creative cocktails.'

Danielle and Sofie say: “It’s great to be back home and see the buzz about the neighbourhood, which features plenty of independent restaurants. We are excited about getting going and serving the community some great food in a friendly, relaxed environment."

Sporting prowess and greasy junk food aren’t the most likely of bedfellows but Players is not letting that come between them and their concept. This series of sports/burger bars started in Rochdale and the team are in the midst of expanding across the whole of the North West with a brief foray off-side (down South). They combine sports fanaticism with towering burgers (which also happen to be halal) and are passionate about both, having ten years in the food biz and a lifetime love of sports. Expect patties named after batties (and ballies) like the Sixer burger (grilled beef patty topped with cheese and lettuce, sweet chilli sauce and brioche bun) or the Penalty Kick (crispy fried chicken fillet with lettuce, red onion, jalapeños, tortilla chips, a hash brown, buffalo sauce and brioche bun) and decor like astroturf walls and footy references galore. Score! 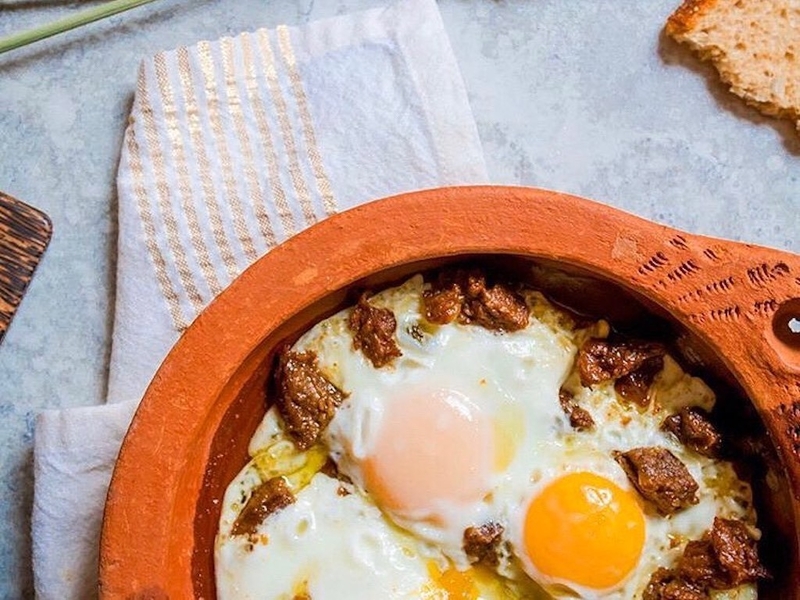 So Marrakech is a retail store and cafe from Blanchflower owner Phil Howells and Anissa Damoussi. Inspired by the Moroccan city, the already popular homeware shop has relocated and expanded to include a food offering. For sale in store will be homeware (walnut wood honey dippers anyone?), glassware, ceramics and textiles (like hand-woven pompom blankets) made from natural materials. In the cafe, there will be authentic Moroccan cuisine in a relaxed, cafe style. Think Moroccan breakfasts (pancakes, baked eggs with taktouka), flaky filo pastries and vibrant Moroccan salads all washed down with fresh mint tea. They have gone all out on the decor too, enlisting a Moroccan tiler to pave the front step and decorating the interior with all the colours of the souk. 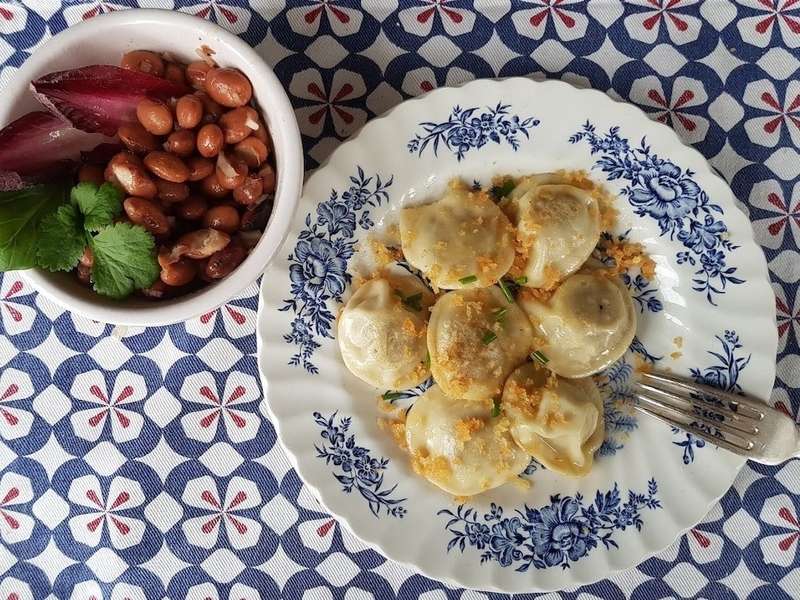 When The Spärrows opened in an archway near the now sadly closed Umezushi round the back of Victoria Station, we were immediately smitten. We didn't know we'd had a spatzle-shaped hole in our lives but those chunky fresh pasta yarns dressed in silky sauces (think emmenthal and braised onion or chorizo, cherry tomato, spinach and cream) had us hooked (and purled). This location was only temporary and The Spärrows was due to fly North to Red Bank earlier this year but, like many other plans, the move was put on hold. Following a brief transition to online delivery service during lockdown, The Spärrows opened at the end of June at its new nest in Red Bank and is now available for all your spatzle, pierogi and sake needs. 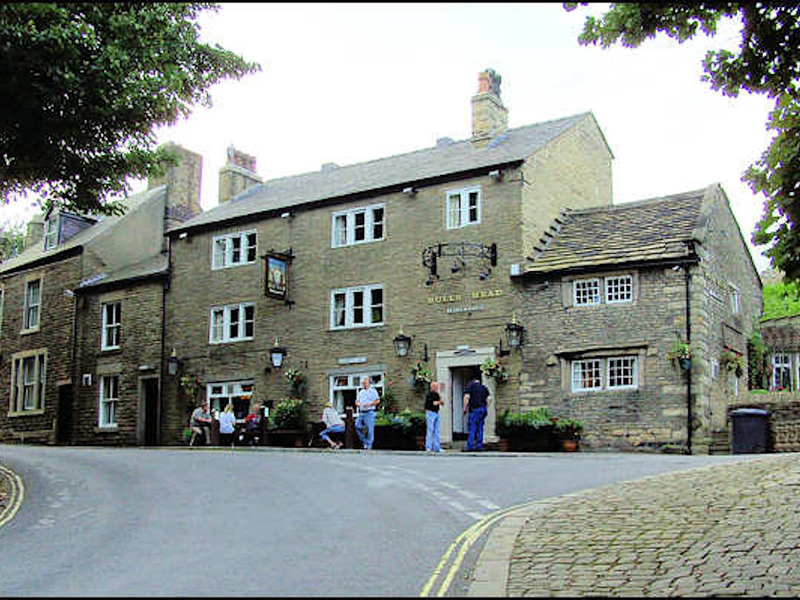 What: Tallow @ The Bull's Head

Following in the footsteps of fellow Glossop foodies Hyssop (and we know how well that went), local chefs Billy and Rhys will be firing up their grill at The Bulls Head Glossop under the name ‘Tallow’ - named after the animal fat rendered to make candles. The pair met around four years ago working together as chefs for Tender Cow at Mackie Mayor and The Picturedrome in Macclesfield. They hit it off like shrimps on a barbie and decided to go into business together.

At just 23, head chef Rhys already has ten years experience having started at the tender age of 13 in local kitchens. When the opportunity came up to cook at The Bull’s Head, the lads jumped at the chance. Billy told us they’re “ready to give it everything to help get the food scene in Glossop on the map - along with some of the other brilliant restaurants around here.” He tells us the menu will focus on good, fresh produce chargrilled and served simply - they’ve got to know the local farmers and fisherman and really believe in the character and quality of their product. Expect dry-aged beef, retired dairy T-bone steaks, whole chargrilled bream, skate wing along with some banging sauces the lads have been perfecting, including a beef fat and onion butter.