Week 8: Sleuth gets tied up at the Racquets Club

Sleuth always thinks it’s a bit weird that suburban Northenden with its dreary main street should have become a renowned hotspot, or rather g-spot, for brothels. Of course, we’re not talking high class action here with an international jet set, despite proximity to the airport, but rather knocking shops above takeaways. Things get fiery up there. Here’s a man caught with his pants down and everything else too, being rescued by a firemen after a fire alert. The title of the downstairs takeaway, Simply Delicious, does not refer to the gentleman's physique, or the wares upstairs, Sleuth believes. Anyway, he was rescued and safe, which meant he had a happy ending after all.

Very exciting job of the week

Sleuth loves this job ad from the coach people operating the Manchester tourist bus, Sightseeing Manchester. It wants candidates to be good at welcoming both national and international visitors. To help with this the candidate must have good ‘communication skills’, however that’s not how they are spelling communication. See the picture. Ironic really, given the purpose of the job. Anyway, as we all know it’s good for tours to have a happy ending. 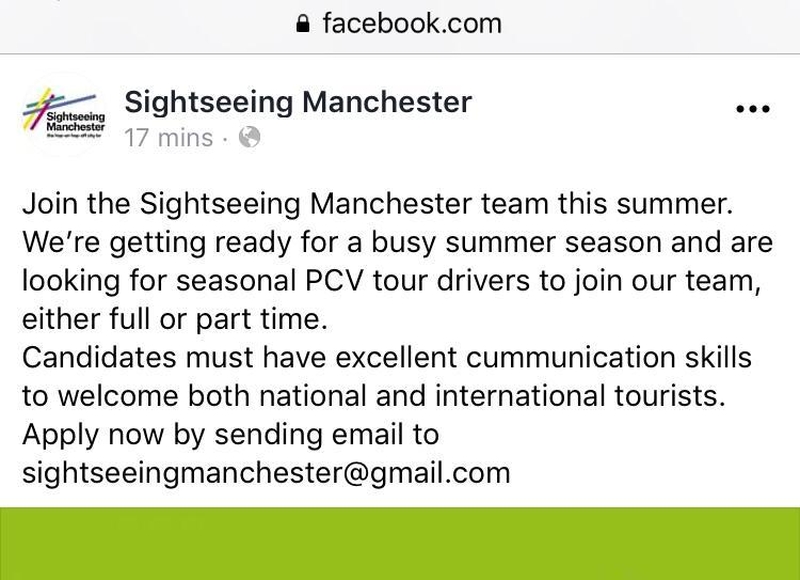 Police are said to be on the lookout for a thief who has stolen all of the water from Rochdale Canal. According to a recent report that Sleuth has made up, police are looking for a man or woman carrying 40,000 litres of smelly water, three old toilet seats, 74 empty cans of Special Brew and an large inflatable penis with the words 'Dirty Doris loves nob' scribed on the shaft. They are thought to be making off in a rusty shopping trolley. Wet socks are a giveaway. The finest ‘bathroom’ in the city centre

Sleuth disapproves of this but we’re becoming increasingly American. For example, people use the euphemistic word ‘bathroom’ to refer to the lavatory/toilet/loo/bog. There is never usually a bath in the said bathroom of course. However, in the Racquets Club on Blackfriars Road, just over the River Irwell in Salford, the gents really does have a bath, and brushes for one’s clothes. Though Sleuth is stumped by the loo-roll holder. Howzat! 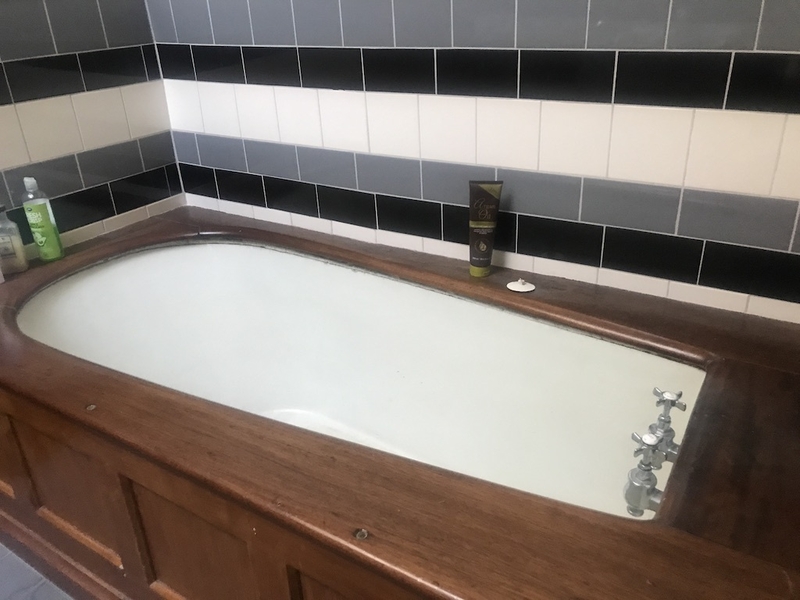 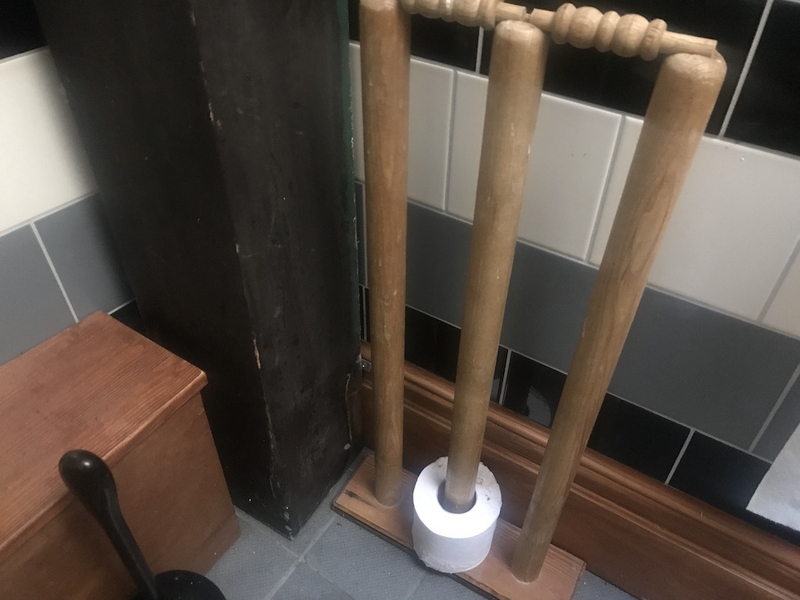 Sleuth was attending a lunch at the charming Racquets Club enjoying good company and a fabulously old school breaded plaice, chips and peas. Perfect. Unfortunately, he’d forgotten that’s it’s a shirt and tie club and so had to go into an old locker full of jackets and ties just for numpties such as he. This is his vivid garb with resplendent club badge. He took the picture while his hands were still steady and before the club members encouraged him to drink all the booze in Salford. Fortunately, Sleuth’s suggestion to then go for a ‘take-away’ in Northenden fell on deaf ears. 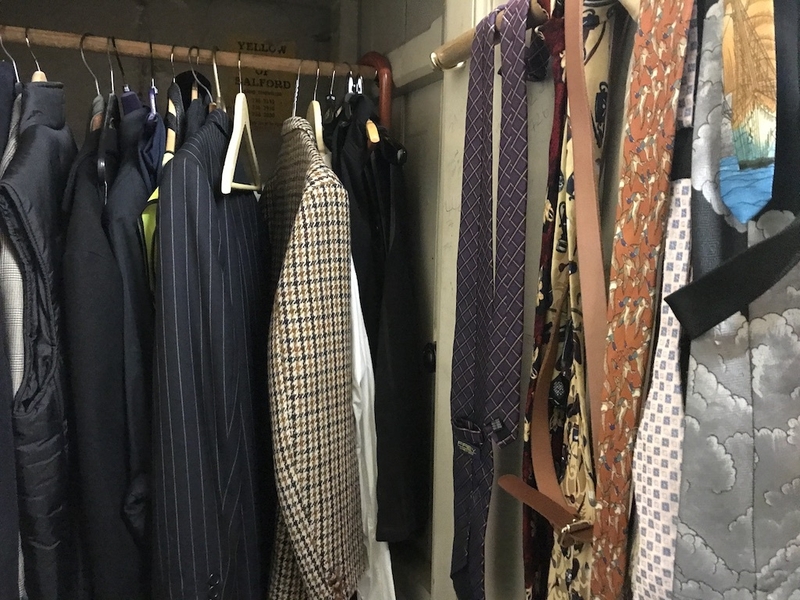 Sleuth enjoyed a right good gaming in Northern Quarter's new retro arcade bar, NQ64, on Thursday night. It took him right back it did. First he played Golden Axe, then Star Wars, then Street Fighter, then Track and Field and then Time Crisis... for three hours. Sleuth had such a good time (they also serve proper beer) that he completely forgot about the other engagement he was supposed to attend that night - a vaping fashion thing at Menagerie with designer Henry Holland, Lily Allen and some of the Desperate Cheshire Housewives cast. Though Sleuth hears he didn't miss much, as according to a colleague Lily didn't show, at least, she didn't for the three hours that they were there. Though photos in The Daily Mail today seem to prove she did. Seems Sleuth isn't the only one having a Time Crisis... 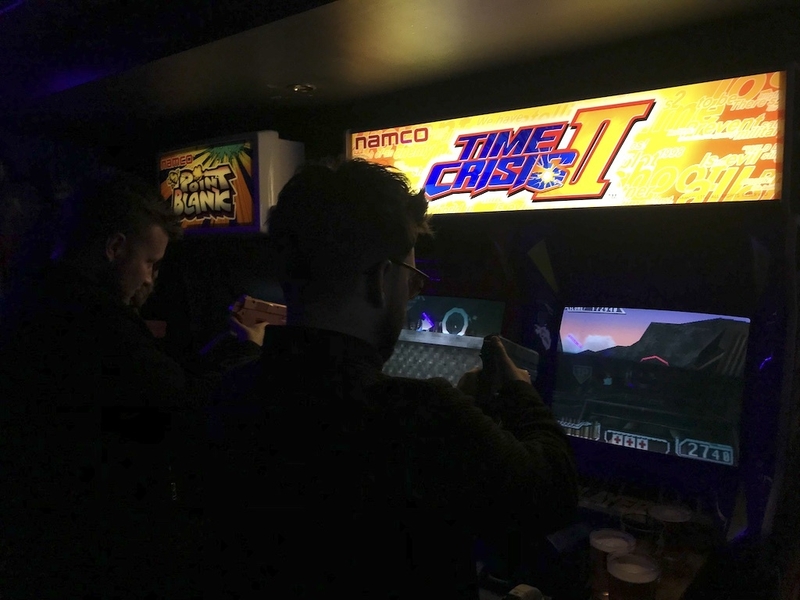 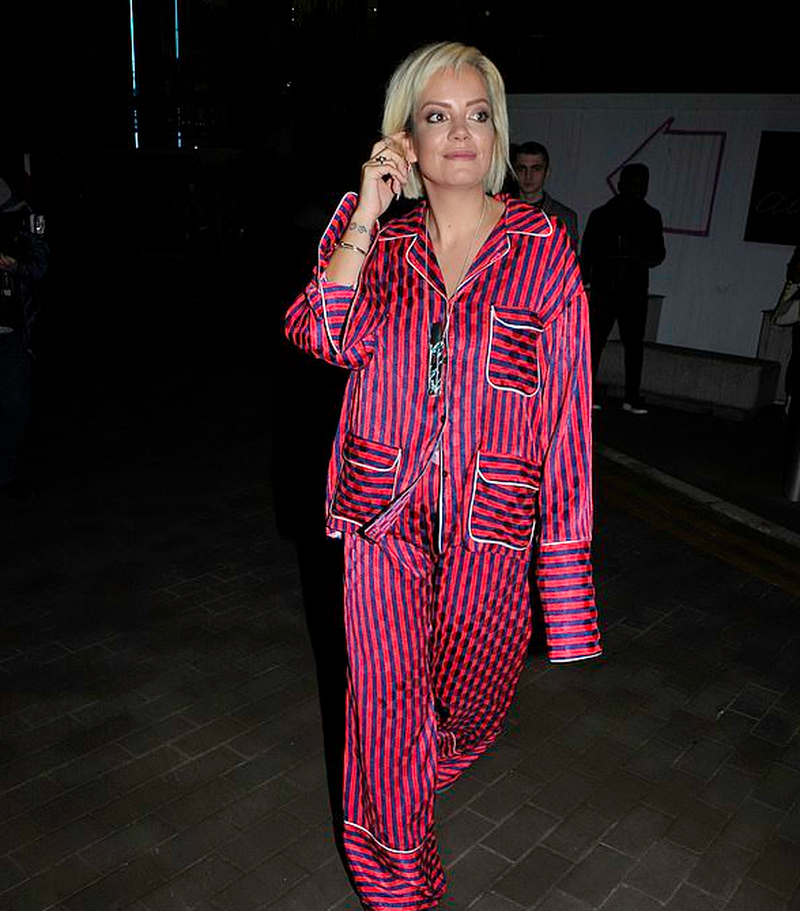 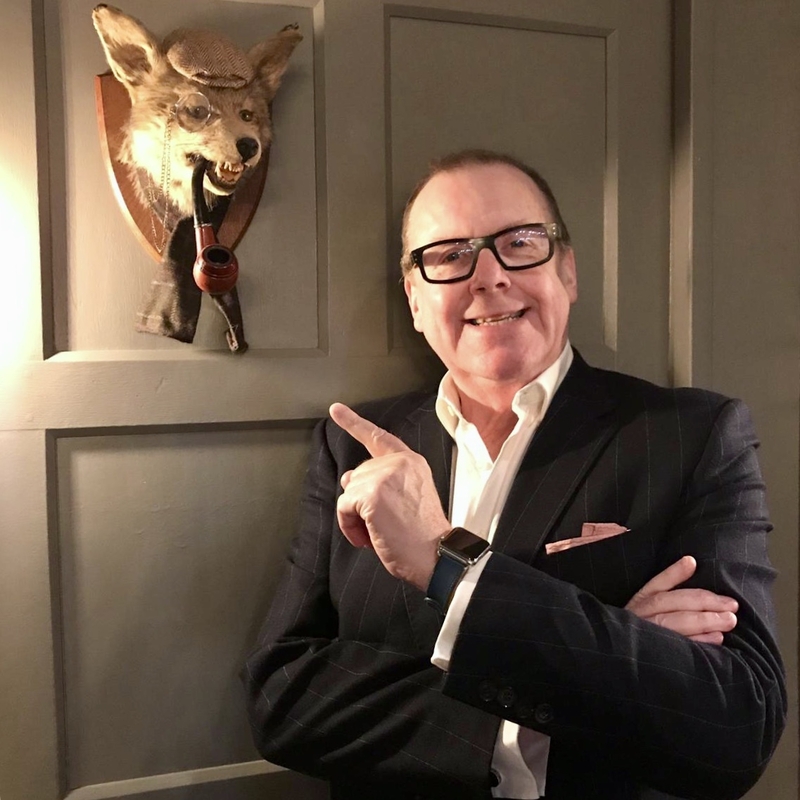 Ending on a bright note this week. Sleuth has been walking the streets of Manchester this week enjoying the sunshine and taking photos of buildings looking dead smart. And here they are... see ya next week. 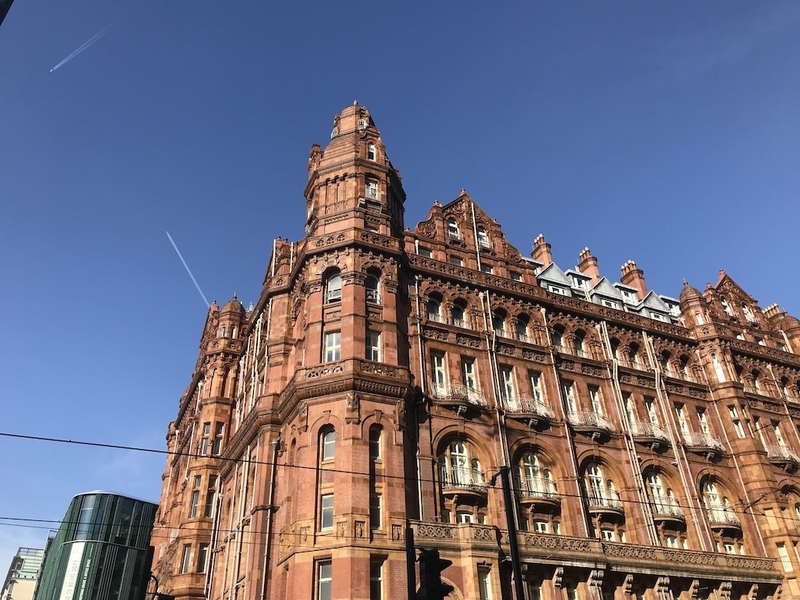 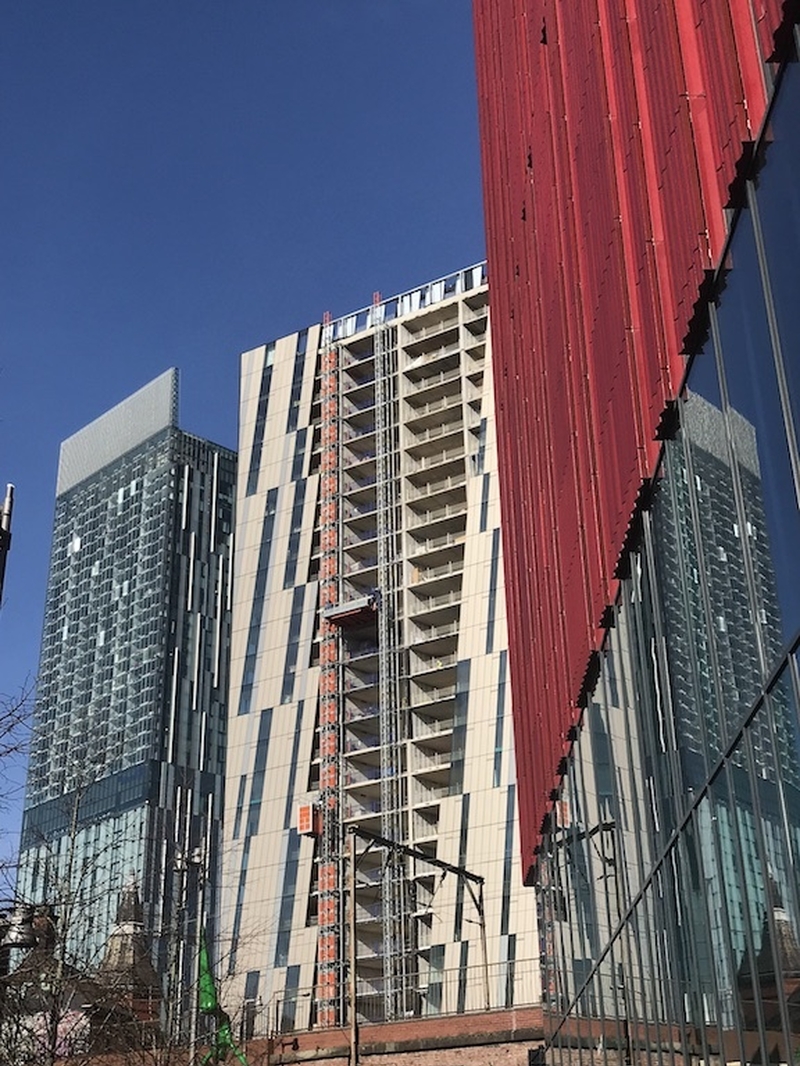 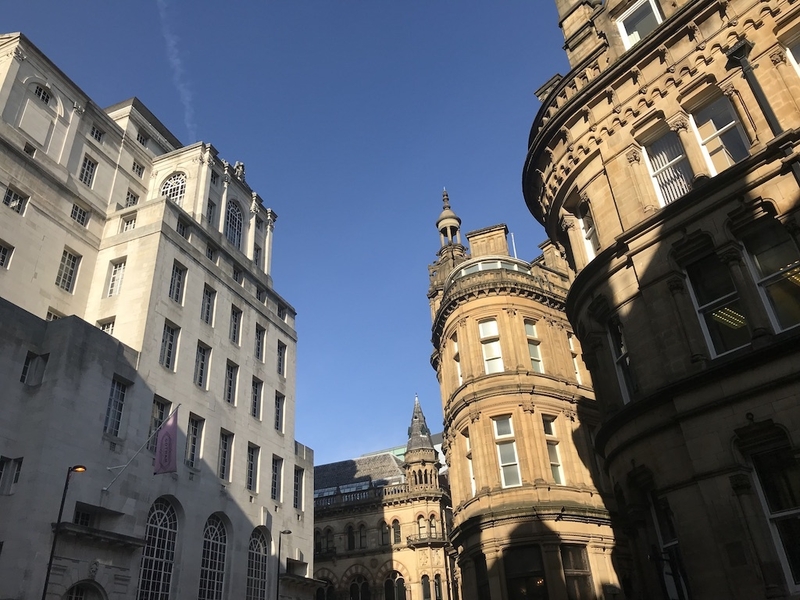 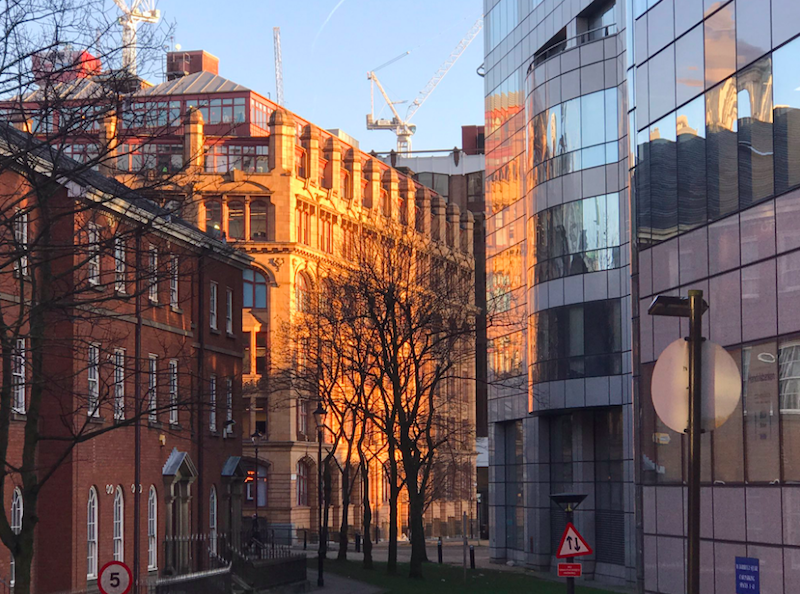