8 of the best dishes to try around Manchester this June

Prawn lust, smashed pumpkins and a kipper with an identity crisis

This month brings the best of the season; fresh salad leaves, ripe European tomatoes and lovely local asparagus. We're all feeling the sunshine, so here are a few recommended dishes to try this month. Seafood seems to have moved our posse of food writers this month... that and a breakfast muffin from a doughnut shop.

Please note, each of the below might even be further enhanced by a glass of chilled, grape-based alcohol... though it might be a tad early to accompany the muffin. 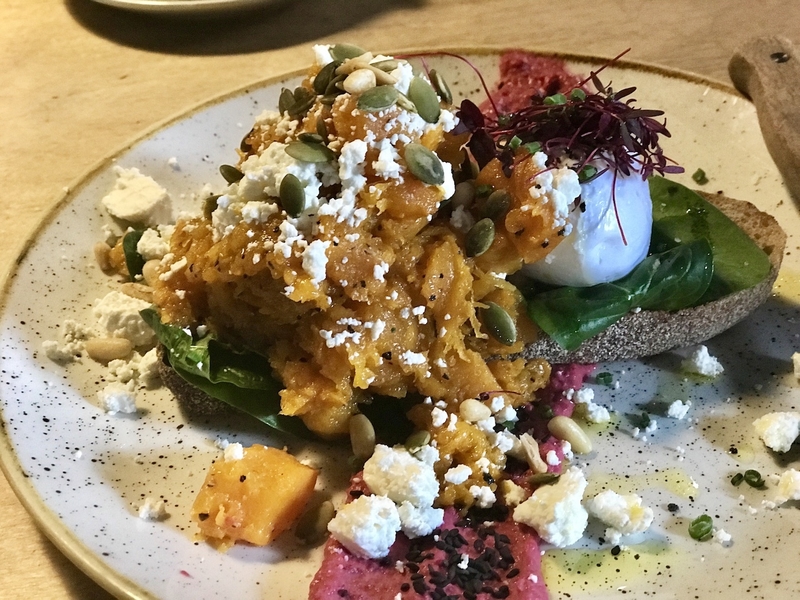 In common with Hungarians, Germans, Swedes, Poles and Hobbits, I’m a big fan of a second breakfast. After starting off with something very simple and light at early o’clock (involving simple carbs and caffeine) when it gets to a more civilised hour, my tastebuds are ready for something more challenging. I considered recommending egg yoghurt (seriously) for one of Manchester’s more interesting breakfasts but decided to plump instead for this twist on avo toast - sunshiney smashed pumpkin, freckled with toasted seeds and offset with a smear of earthy beetroot and chunks of creamy piquant feta. All topped with the quintessential poached egg for a breakfast that’s different enough for breakfast enthusiasts but comfortingly familiar enough for my inner hobbit. Lucy Tomlinson 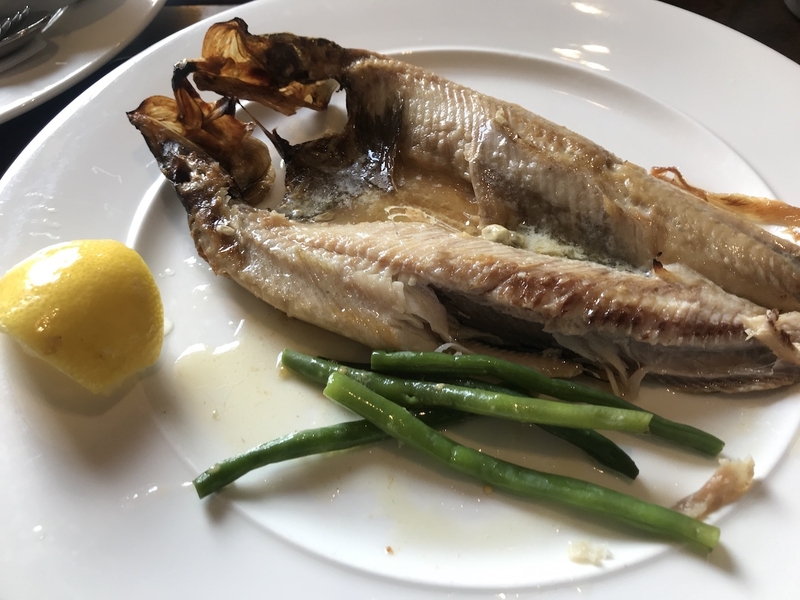 Beautiful, delicious, buttery herring, lightly smoked and cooked so that the soft flesh, ripe with omega 3s, made you feel your brain was multiplying brain cells. A single key ingredient unmessed with is sometimes just the perfect thing. On a lovely day in Bowland this was perfect, although a few fine beans added heft. I asked the waitress to confirm this was herring. She said no, it’s a kipper. There’s no such thing as a kipper fish, I said. She looked at me as though I were mad. Jonathan Schofield

Inn at Whitewell, Trough of Bowland, BB7 3AT 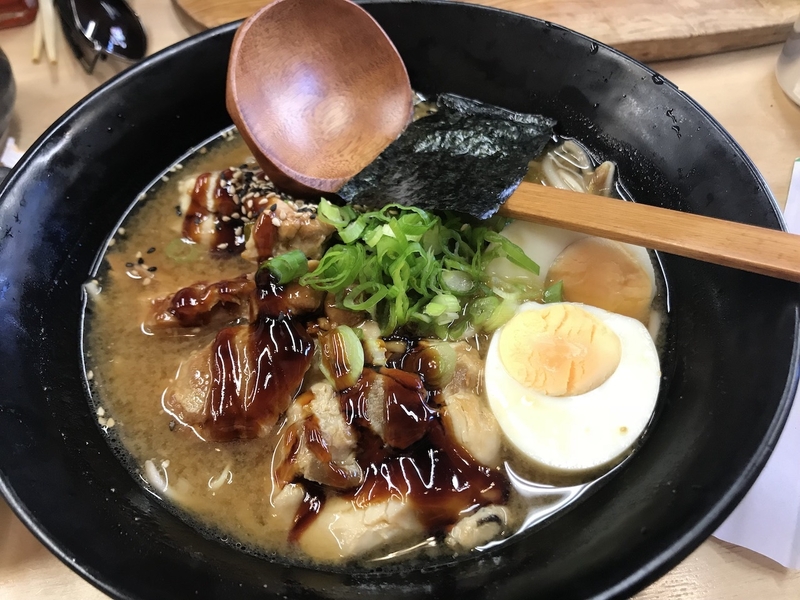 For one reason or another, I haven’t been my usual gluttonous self this month and have been doing more writing about food than eating it. I did sneak over to Wilmslow though for a comforting, all weather bowl of chicken ramen from tiny sushi pokey hole Zumu Sushi. I’d love to spend an in depth afternoon sat over several steaming bowls to compare the quality of ramen soups from various outlets in infinitesimal detail, but I can’t. I would probably end up loving them all equally like children anyway.  I was excited to hear that Zumu have opened a bigger flashier sister sushi and robatayaki restaurant on Ashley Road in Hale. So I’ve marked that review down as mine and will be amazed if something or other from there doesn’t make a future best dish with knobs on. Deanna Thomas 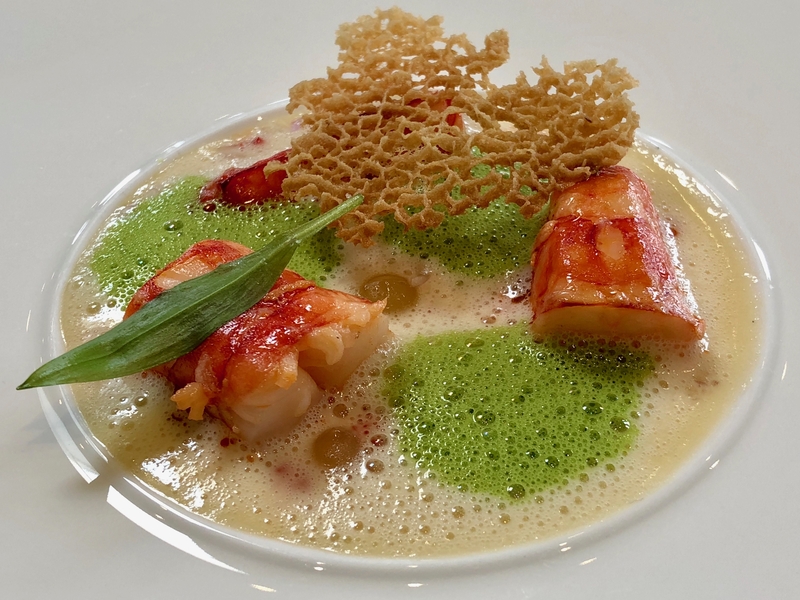 Gordo’s been travelling in France this month, look at @gordomanchester to see where. Four Michelin starred restaurants. You might think his dish of the month would be from there. It wasn’t. It was from deepest, darkest Lancashire, by a chef who has just taken over Northcote Manor from the legendary Nigel Haworth. Chef Lisa Allen delivered ‘Scarlet Prawn’. It was a big, fat, juicy tail of a pretty large red prawn, the likes of which we don’t see outside Spain normally. The head had been mashed up with butter, gently poached, left to mingle with the tail which then got roasted in the oven. Finally, the tail was laid immaculately onto a butter sauce, with dabs of yet another wild garlic saucette (technical term) dribbled either side with a ‘sour dough crisp’ laid atop. It got 10/10 from the fat one and beat the pants off the Froggies. Gordo 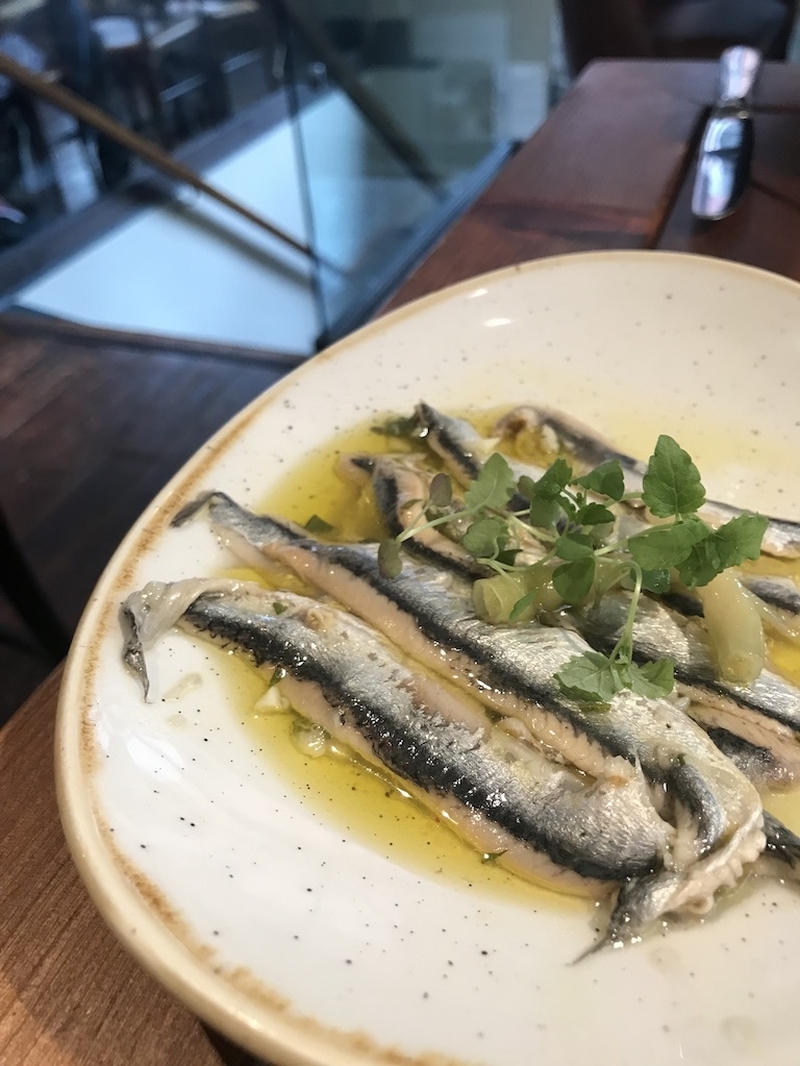 We've also been trotting round France, though not with Gordo, he's less trot more roll. Following a 850 mile drive from Manchester to Bordeaux (thank you Easyjet) we plopped ourselves in a bistro dans un corner for some cheap (but outstanding) local plonk, onion soup and some tinned anchovies laid obediently in their chic little red coffin. They were good, particularly after that cross Channel shlep, but not as good as their Spanish brethfin gobbled down during a recent lunch at Tapeo: plump, fresh, vinegary, simple. David Blake 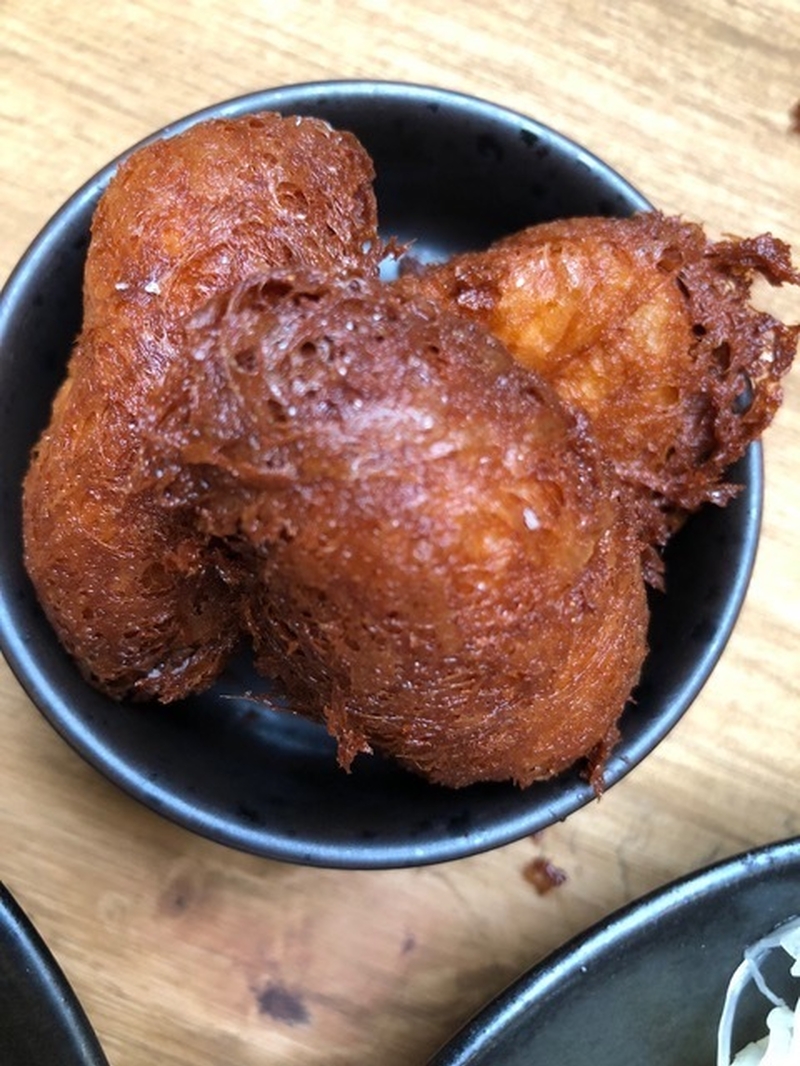 These delicately rich cauliflower cheese beignets created by Mary Ellen McTague at The Creameries are not just balanced in terms of flavour - it’s the whole package that’s perfect. The impossibly crisp, impossibly thin deep-fried amber shell gives way to the most unctuous filling; béchamel sauce infused with cauliflower and Old Winchester cheese, plucked from the award-winning range at Settle’s Courtyard Dairy. Try cooking something like this at home and prepare to be defeated. Ruth Allan You wait your whole life to encounter a giant prawn called Carabinero and then two surface in the course of ten days. The second time I didn’t take the plunge because there were so many rival treats on the menu at Michelin-starred Paco Tapas on the Bristol waterfront and £22 for a single prawn (albeit small lobster size and flown in from the Canary Islands) isn’t prudent. At Umezushi, my specials board Carabinero came in two quid cheaper – yet was still the most expensive single prawn I’ve ever eaten and the most delicious. It gets its name from the striking colour of the shells matching a Spanish policeman’s uniform. In English they are known as Cardinal Prawn or Scarlet Shrimp and they don’t lose that colour when cooked. Brilliant head chef Omar Rodriguez, himself from Gran Canaria, salt grilled the Umezushi Carabinero and I went to work sucking flesh and juice out of every crevice of the leviathan. Messy. Neil Sowerby 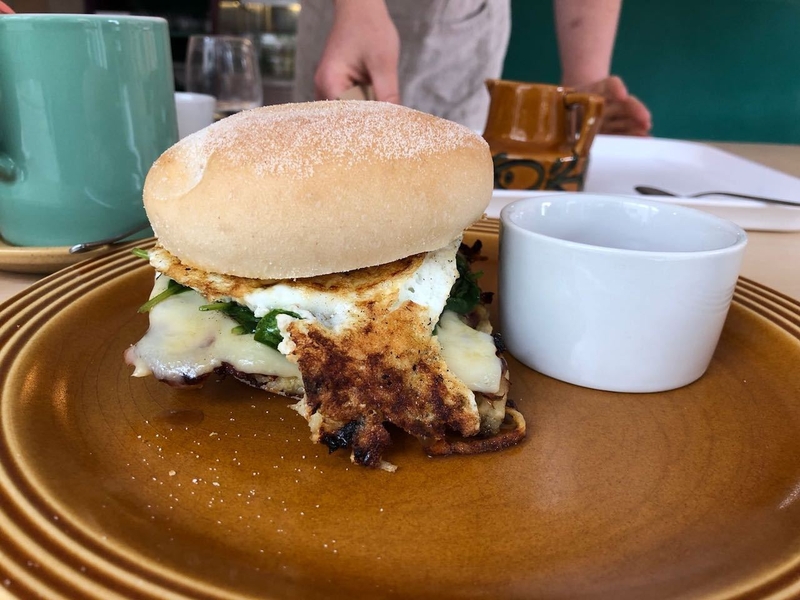 Is the bacon sandwich from Greggs the best ever? It might be, at least, three people in our office think so. But when it comes to doughnuts, the Tyneside-born masters of molten grey goo have nothing on Siop Shop - the newish Northern Quarter coffeehouse and bakery from Blawd co. Their breakfast muffin is pretty nifty too: potato rosti, spinach, Monterey Jack cheese and ketchup in an unusually lovely muffin (not one which looks and tastes as though it's been cut from an old towel). Served alongside a proper mug of coffee, this set us up for the day perfectly... and without the Greggs-brand guilt.