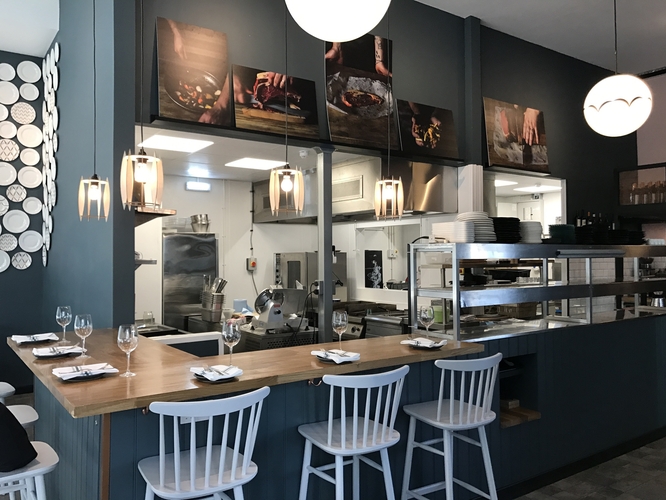 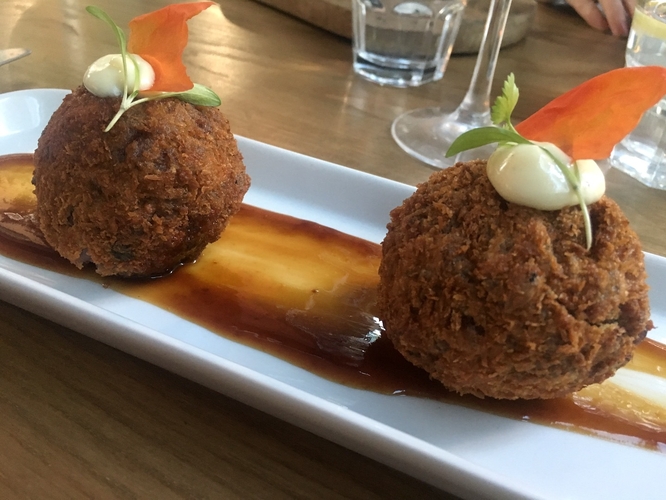 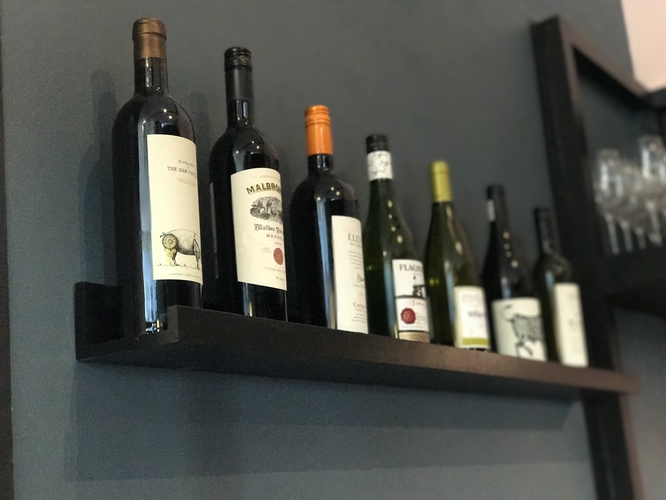 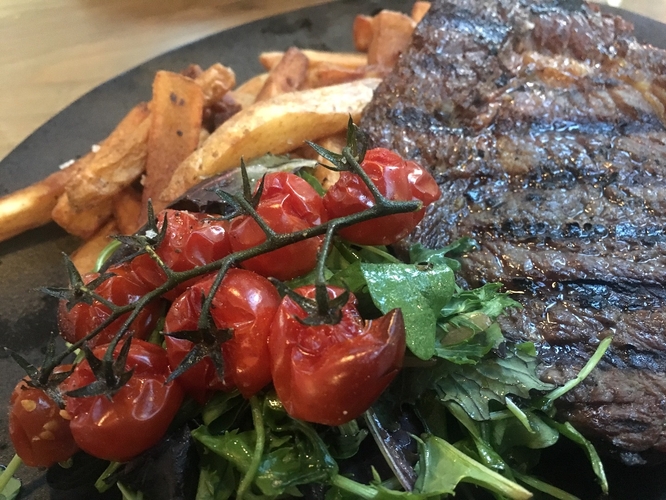 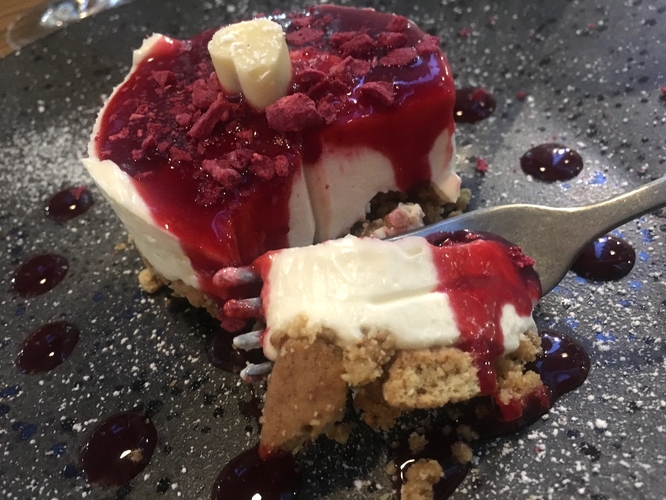 Beastro is a pun, of course, on bistro. Good puns make me laugh out loud and Beastro is a decent one. But puns can backfire and I’m not sure this little joke is doing this lovely little restaurant justice.

I remember a pun we came up with at City Life magazine when it was made from trees and sold in shops back in the early noughties. A restaurant had opened in Hyde called Crimea. It had Russian owners even though Crimea was as yet unoccupied by Russia. It was terrible, as bad as a picture of Vladimir Putin riding topless on a horse. So for the review we came up with this headline: ‘Crimea River’. My-oh-my how we slapped each other’s backs and giggled.

Beastro plays its pun in Spinningfields under the elevated apartment bridge of Left Bank flats. This area was formerly known as The Kitchens, where a series of six ‘street food’ operators competed alongside one another for the chance of a permanent spot in Spinningfields and funding from estate owners Allied London. The three folks behind street food stalwarts Bangers & Bacon - master butcher James, chef/frontman Richard and ‘sausage queen’-cum-baker Heather – eventually won, opening Beastro in March.

The result is a tidy little venue of 45 covers in subtle shades delivering good British food for good value close to bar-restaurants such as Refinery, Menagerie and Tattu. The décor in these places defines excess so the calm interior of Beastro may come as a relief. If the interior is too plain for your taste the big windows will make up for it by providing views of passing Manchester nightlife, especially on a Saturday evening.

Two excellent starters were the oxtail arancini (£6) and the Lancashire leek crumble (£4.50). The former was distinguished by a truffle aioli which, mingling with the oxtail and veal jus, made you go “aah” in delight. The crumble was full of big cheesy leeky flavours yet carried enough subtlety to just get away with being a starter.

A main of an Aberdeen Angus rib eye (£22.50 – 300g) with beef dripping chips was cooked a perfect medium rare and very competitively priced. The peppercorn sauce (£1.50) was just fine too, though I really don’t know why I order side sauces for good steaks, they’re far better in their own flesh. As with oysters, good steaks need no fandango. The dripping chips were delicious, while the tomatoes were pretty and bursting with fruity exuberance.

Another main of sea bass (£14.50) was a success. Sea bass can be a dreary fish, but in this case the crispy skin, skilful sauce vierge, olive oil, lemon, basil and so forth - curiously combined with cauliflower - really lifted the dish. Some diced roasties helped, though I suggest the kitchen should be more generous with these - they bolster the dish, but even better, taste wonderful mushed up with the sauce.

A raspberry cheesecake was simply superb (£5); the right side of sweet with a fantastic textured consistency and glorious biscuit base. Of the wines a glass of Eleve Vieilles Vignes from Carignan was the pick at £7 (250ml glass) - a good red companion for the steak. With that and a bottle of Nieto Semillon (£29) to finish off, we sat back and watched Manchester at play. The whole world was out, every age, social group and race.

One group of girls seemed to be having a shortest skirt and highest heel competition. The winner, while negotiating a tiny kerb, managed to take a tumble. In a sort of slow motion she crumpled like a giraffe attacked by a pride of lions. Her misfortune was cheered by a group of lads walking by. The leader of these leering boys was all pumped up torso with the skinniest of skinny jeans, a combo that made his arms appear larger than his legs. In fact, he’d done so much working out it appeared there was no room in his head for a brain. He must have been carrying that in the small man bag slung over his shoulder. Given how tight his trousers were, he probably had his genitals in there too.

This was all good fun but I wanted more people to be coming into Beastro.

Maybe the tranquil looks and a menu full of traditionally-sized courses were putting the Saturday revellers off. Also, there’s such a fashion for tapas-variants at the moment that places as honest-to-goodness as Beastro are bypassed. Part of the problem might be the name. Before visiting it made me think the place might be all red meat and only red meat, though as our meal showed there are excellent vegetarian and fish options. So don’t let that name put you off, our experience showed Beastro is well worth seeking out.