Jeremy Deller's memorial is 'surprisingly modest, but that’s to be welcomed'

Turner-Prize winning artist Jeremy Deller has today unveiled his designs for the Peterloo Massacre memorial - which has been commissioned by the council to mark the 200th anniversary of the massacre next year.

The shape reminds you of the form of a burial mound...

Designed by Deller and Caruso St John Architects, the stone memorial is 'conceived as a landscaped ‘hill’ made of concentric steps', a place for 'gathering and oratory'. The design features the engraved names of those who died, plus the names of the places the protestors had marched from.

Jeremy Deller said: “It’s important for the memorial to not just be something to admire.  It has to have a use for the public. It will articulate the story of Peterloo, but will also be a place of meeting and assembly.

“The shape reminds you of the form of a burial mound, a place to commemorate the dead. But the stepped form also means that lots of people can stand and sit on it together... It should be a civic space in the best tradition of Victorian architecture."

The Peterloo memorial will be unveiled at the junction of Lower Mosley Street and Windmill Street on 16 August 2019 - exactly two hundred years after the massacre took place.

It's a surprisingly modest shape this Peterloo memorial. And that’s to be welcomed. The last thing Manchester needed was another football stadium statue. You know the ones, serried ranks of former players in bronze gesticulating wildly outside the stands. Representational sculpture needs a lot of justification in 2018, its too hagiographic, too reminiscent of those dead Victorian chaps on their plinths scattered through squares across UK cities. As a corrective to all the men in Manchester the soon to be erected representational statue of Emmeline Pankhurst just about gets away with it.

Given that the latter men were mainly middle-class sorts then a concentric mound of a work, covered in text and symbols made from various stones feels much better for Peterloo. More democratic, a meeting place, a good reference to St Peter’s Fields where the mainly working class crowd of mainly handloom weavers met in August 1819.

Jeremy Deller is an artist who likes to get the people involved, in Manchester he’s had hits with various projects, notably the catwalk of ‘real’ folk through Piccadilly Gardens at 2017’s Manchester International Festival. This work with Caruso St John Architects, is more of the same. The mound will look like a meeting point and encourage people to naturally climb to the top. What is particularly good about the memorial is that it will fulfil my criteria for good public art in that it is big (therefore public) and you can actively engage with it, in this case walk over it. Being able to walk over it may also mean it doesn’t get in the way.

So far so good, the only caveat is the location, which at the junction of Windmill Street and Lower Mosley Street, between the Midland Hotel and Manchester Central, doesn’t seem very roomy, in other words scarcely space to gather a good crowd.

That said, the modest profile of the work, with hopefully the symbolism of the decoration explained close by (let’s not have that dreaded ‘interpret it your own way’ game of hide and seek), means this should provide a dignified commemoration of a truly significant and symbolic event on the road to UK democracy.

Karen Shannon, Chief Executive of Manchester Histories, said: "Jeremy Deller's memorial to the Peterloo Massacre is an important milestone in our history.  It will remind us of the ordinary people who fought, died, or were injured in their struggle for representation and democracy, things we still fight for today.

"It is beautifully conceived, so that it's as much a memorial as a meeting point, where people can come together, orate, reflect on the past, but also look to the future." 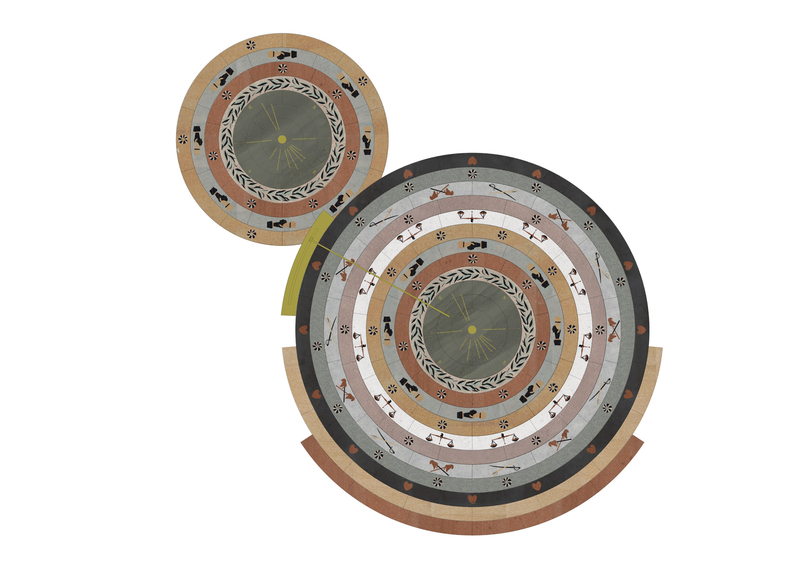 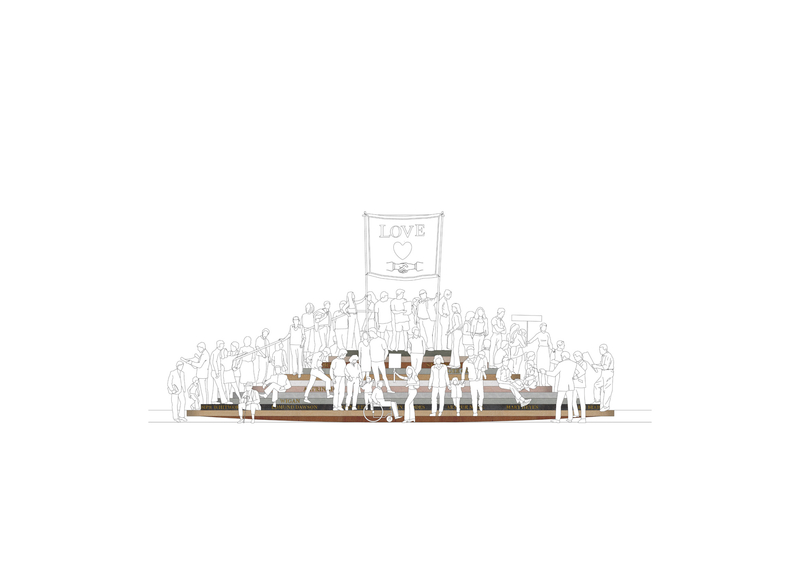 You can view and comment on the plans at manchester.gov.uk/consultations