We love the new Pankhurst statue... but it shouldn't be in St Peter's Square 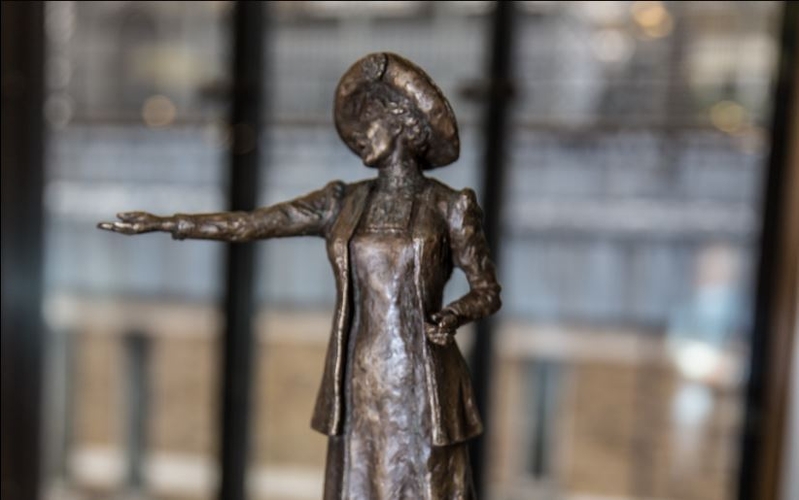 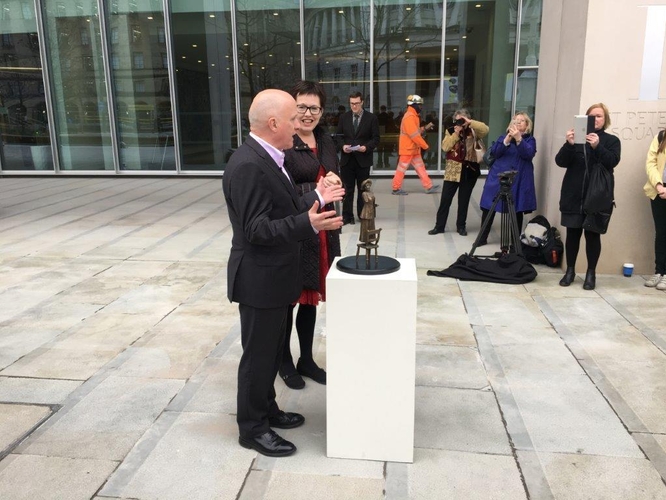 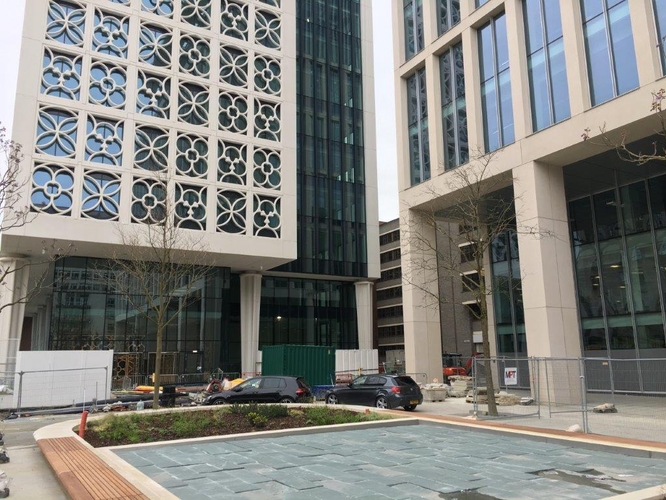 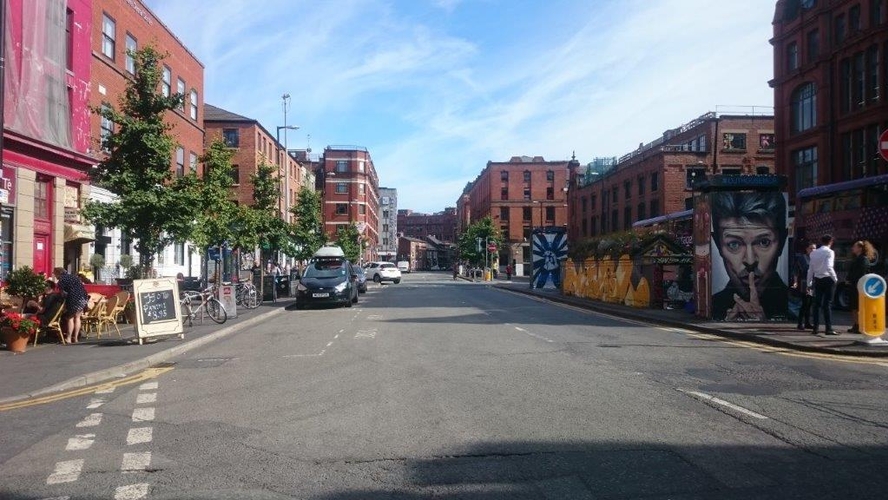 She’s the winner of the competition to give Manchester a statue of female vote campaigner, Emmeline Pankhurst. This is a figurative work in the classic style with the leader of the Suffragettes speaking expressively, arm outstretched, standing on a chair, as was her custom. 'Day by day our members went forth,’ she once wrote, ‘and held street meetings, selecting a favourable spot, with a chair for a rostrum.’

It’s a more dynamic work than the existing London statue from 1930 in Victoria Tower Gardens. Emmeline appears more youthful here, more like the glorious description of her on her return to Manchester from a brief period at finishing school in Paris.

‘She returned to Manchester having learnt to wear her hair and her clothes like a Parisian, a graceful, elegant young lady, with a slender, svelte figure, raven black hair, an olive skin with a slight flush of red in the cheeks, delicately pencilled black eyebrows, beautiful expressive eyes of an unusually deep violet blue, above all a magnificent carriage and a voice of remarkable melody.’

Reeves says: ‘The response to my design has been overwhelming; Emmeline as the courageous, determined and dignified activist. In 2019 she will be back on Manchester’s streets, continuing to inspire women to rise up and demand their rights.’

There have been several suggestions over the years that this daughter of Manchester should be commemorated in her home city. The present initiative was started by Councillor Andrew Simcock in 2014 who says, “It struck me as wrong that in this city with its history of strong female figures we only had statues of men on our streets aside from Queen Victoria.

“After a public vote came out overwhelmingly in favour of correcting that with a statue of Emmeline Pankhurst I’m delighted we’ve got this far. Hazel has really impressed with her passion for women’s rights and gender equality, her enthusiasm for the projects and her willingness to engage in the broader educational opportunities this unlocks.”

Simcock is keen to stress that no public money has been spent on the project and that none will be as fundraising continues to work-up the maquette of the design to a life-size sculpture. This is in keeping with most of the male statues already in the city, money for them coming from donations and public subscription.

The statue is to be placed between One and Two St Peter’s Square, at the end of a small garden. Confidential loves the sculpture but believes it should be in Stevenson Square.

There are several reasons.

Stevenson Square was for many decades in the 19th and 20th centuries the main meeting point for protests, rallies and processions.

Most importantly it was the scene of several Votes for Women gatherings. Stevenson Square was the location in which the cause of female suffrage was articulated most publicly in Manchester, often to audiences in their thousands.

Emmeline Pankhurst, herself, spoke here on several occasions. For instance, when her daughter Christabel and fellow campaigner Annie Kenny were imprisoned for disturbing a Liberal Party meeting in October 1905, during which the Votes for Women banner was unfurled for the first time, Emmeline attended a meeting at Stevenson Square on the occasion of Kenny’s release. One man suggested the vote for women would cause discord and, to laughter, said, “in the home the man was the masterpiece”. Emmeline retorted, to cheers, “We do not believe in masterpieces, we believe in equals.”

Meanwhile, given the changes and traffic calming proposed for Stevenson Square a statue of Emmeline Pankhurst would provide a focal point not just for the square but for the whole of the Northern Quarter. The underlying message of radicalism would chime well with artworks in the area such as those associated with The Cities of Hope.

St Peter’s Square was close to the site of the Peterloo Massacre in 1819 when fifteen people died while protesting the lack of the vote and the lack of Parliamentary representation. But that was a one-off event, the square has no tradition of protest like that of Stevenson Square.

Also given the mess and chaos of Piccadilly Gardens, do we want to add street furniture and art to St Peter’s Square, our other really large public space in the city centre. Isn’t the chief glory of the gloriously re-designed square is its uncluttered nature?

Is it too late to change the location? Confidential thinks that the reasoning above is compelling. Either way, a statue of Emmeline Pankhurst is most welcome. Each reinforcement of the crucial role this city has played in creating the world in which we live helps build identity and pride, which in turn boosts Manchester’s cultural and intellectual health, which then helps make the case for investment.

There is some debate whether the violent tactics advanced the cause or put it back but, delayed by war, women over 30 got the vote in 1918. Women, over 21, gained the franchise in 1928 – giving them equality with men in this regard. Emmeline died shortly before that equal franchise came into effect, and by this time had done a political U-turn and had stood as a Conservative Party candidate. 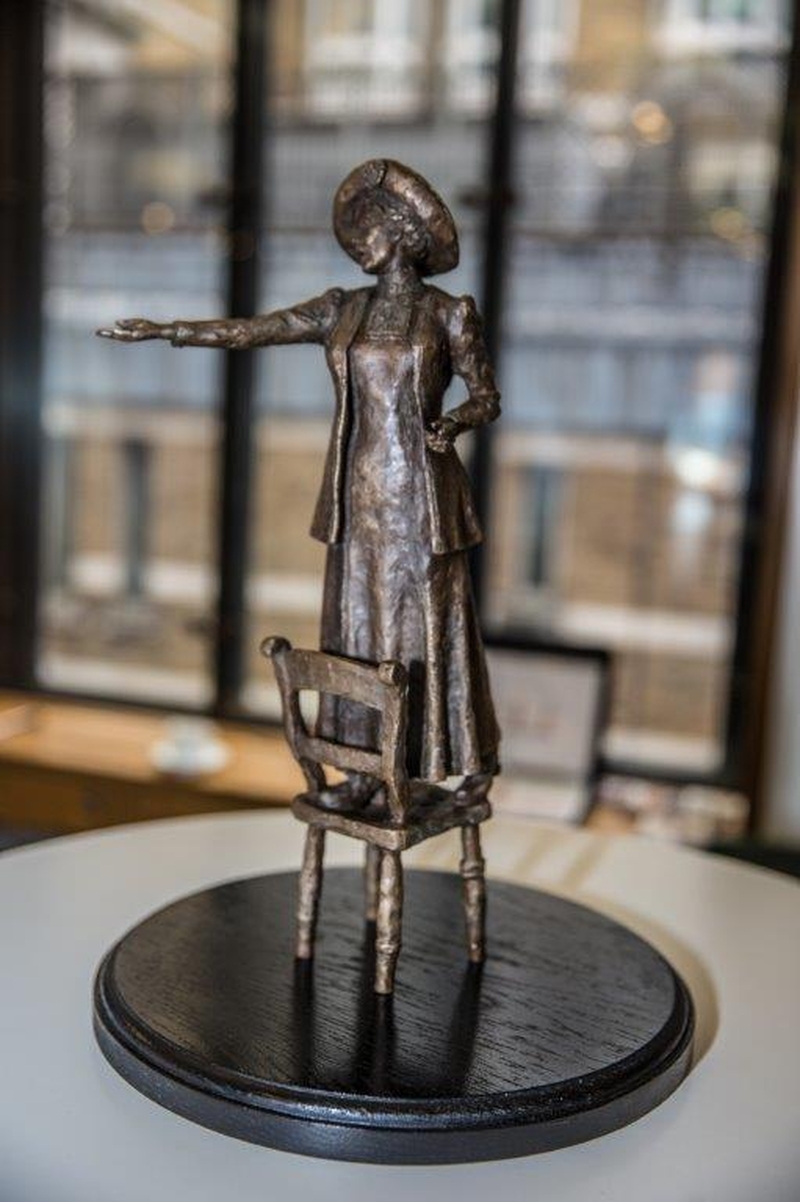