Pizza, potatoes, pork and piadas from Worsley to Wilmslow

There's very little chance of getting bored with local food options at the moment. The newcomers just keep on coming.

Here are another eight recently opened or imminently opening North West destinations for your dining list.

Whether you're after potato cakes or cupcakes, Italian or Vietnamese, city or suburbs, there's something for you here. 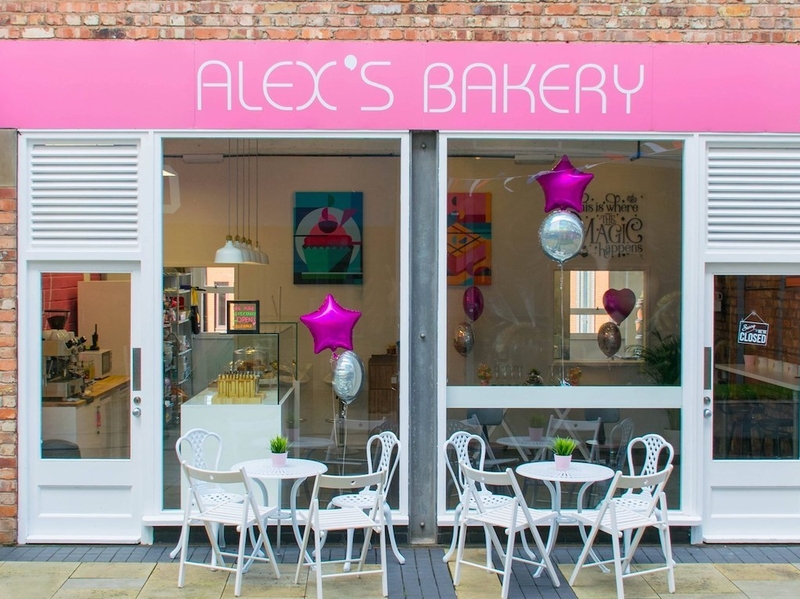 Having run a successful concession in Debenhams at The Trafford Centre for around five years, Brazilian-born Alex Furlan has opened her first bricks n mortar shop. She joins the winning collection of independents at Deansgate Mews (that outdoor corridor bit upstairs at the Great Northern) which includes pierogi-slingers Platzki and fellow sweeties Dormouse Chocolates. If rainbow coloured cupcakes, squidgy brownies and ingredients like Nutella, Dulce de Leche and Kinder Bueno get you all excited, you'll be squeeing your head off about this one. 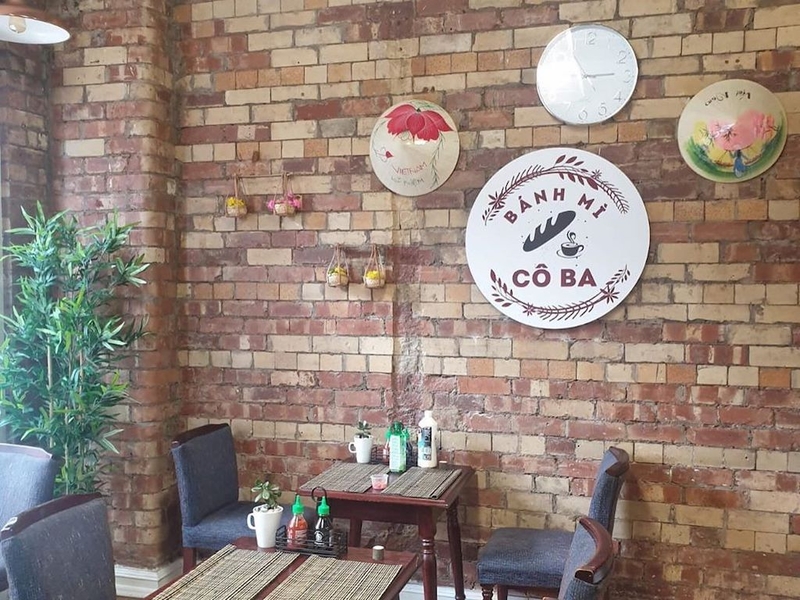 Tiny cafe offering Vietnamese lunches to eat in or take away Mon-Fri 7:30-3pm. Unfortunately for people who don’t work in the area, they are not open evenings and weekends - yet. Expect dishes like banh mi (crispy-cloudy baguettes stuffed with pate, sliced meat, pickled veg and fish sauce), traditional pork and crab meatloaf with rice, summer rolls, bao buns, and broken rice with salt n pepper tofu. At breakfast time they are currently offering distinctly non-Vietnamese fare such as bacon and egg butties. There are plans to offer a delivery service soon. 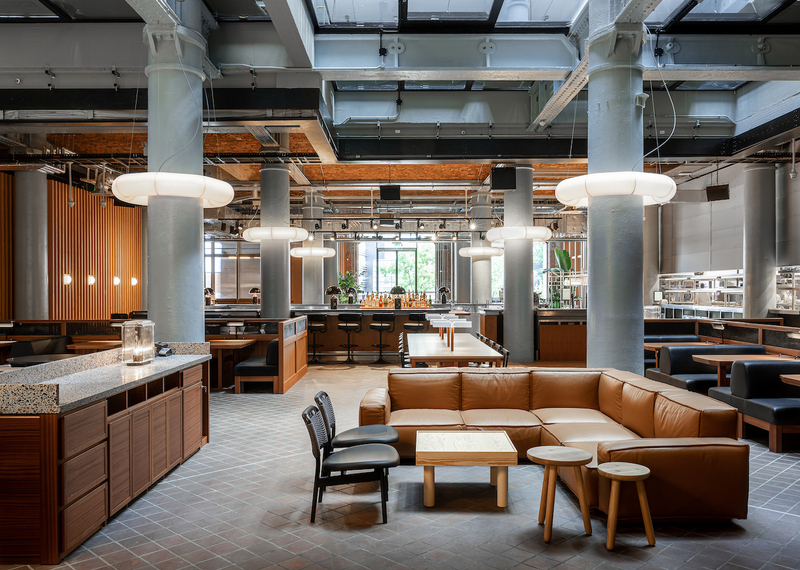 Part of the sprawling new Cultureplex development which incorporates everything from a drop-in work space to a coffee shop to a gym, Bistrotheque is a cool and casual restaurant serving dinner seven days a week and brunch at weekends. With the kitchen presided over by their Shoreditch flagship’s Chef Director Blaine Duffy, expect dishes like fried goats cheese with truffle honey, cured beetroot with horseradish or potato & Comté pie with green mustard sauce. Desserts include pannacotta with blackberries and honeycomb or chocolate semifreddo with raspberries and black sesame. (Review coming soon but read more here.) 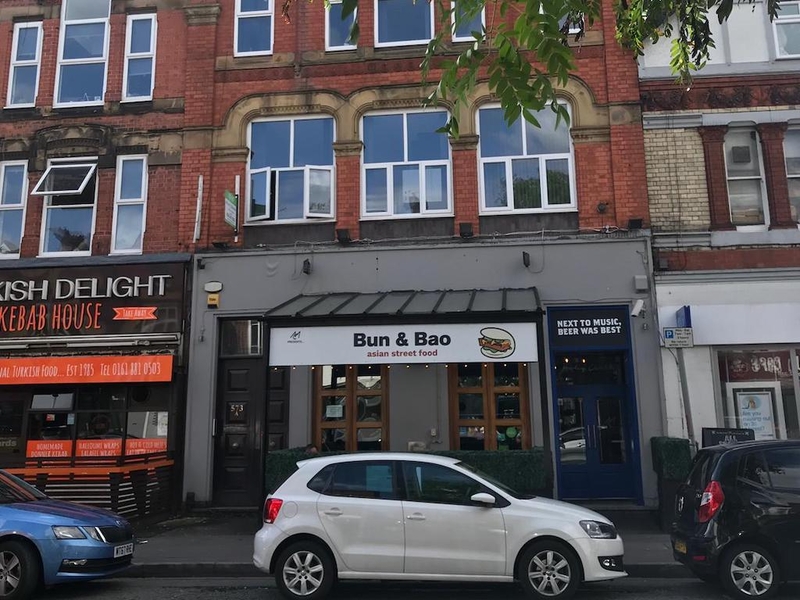 Formerly Morley Cheeks - inspired by their dog - this Chorlton diner completely rebranded as Bun & Bao when two local chefs took over the kitchen. With the likes of Almost Famous and Mowgli on their CVs, Liam and Chris have created a menu inspired by their travels in Asia. Taiwanese bao buns are heavily present but there are also towering burgers - in a nod to their former incarnation - as well as poke bowls and Vietnamese banh mi baguettes. Locals will be glad to hear their famous jam nights are continuing. 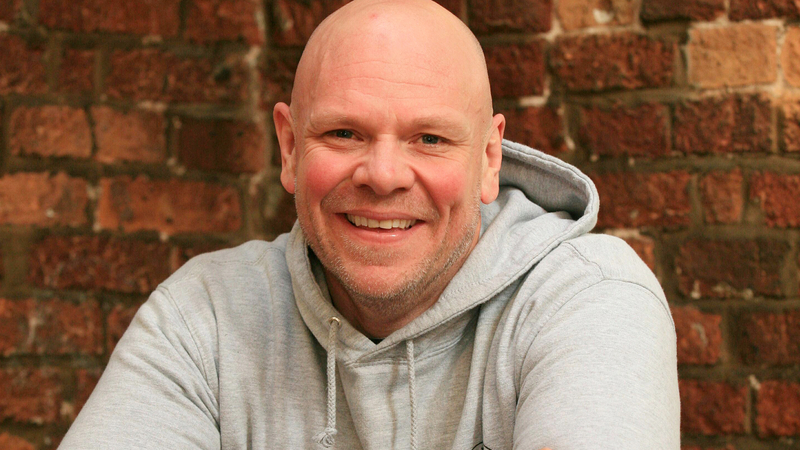 Well-loved TV chef Tom Kerridge is helping to breath life into the old stock exchange as he opens his new restaurant as part of the historical building's relaunch as a luxury 40 bedroom hotel. The menu, devised by Kerridge alongside executive chef Dan Scott, is made up of small plates divided into 'first', 'second' and (you guessed it) 'third' sections. Expect dishes like smoked chicken and ham hock terrine with piccalilli, crispy pig’s head with celeriac rémoulade and profiteroles with vanilla sour cream. The beautiful domed ceiling of the former stock exchange is a magnificent location for a dining room and there is a lot of excitement around this launch. 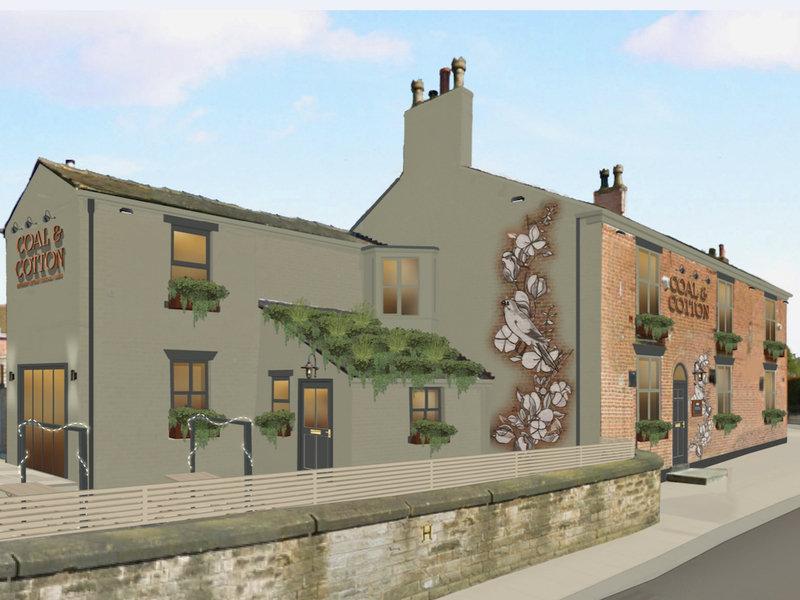 In what is almost certainly a first for Worsley, Coal & Cotton will be a high-end restaurant and bar complete with gin distillery. While the name is a nod to the historical past of the coal and cotton mining industry in and around the area, it couldn’t be more different from its previous incarnation as The Greyhound pub - a long-standing stalwart of the area. The venue has been recently gutted and is currently in the middle of being fitted out. Plans look very glam indeed with exposed brick, salvaged and up-cycled fittings, bold wallpaper, hanging planters and floral floor tiling.  Expect creative, botanical-driven cocktails using their very own Boothstown Gin and a menu ranging from pizza to Sunday roasts. 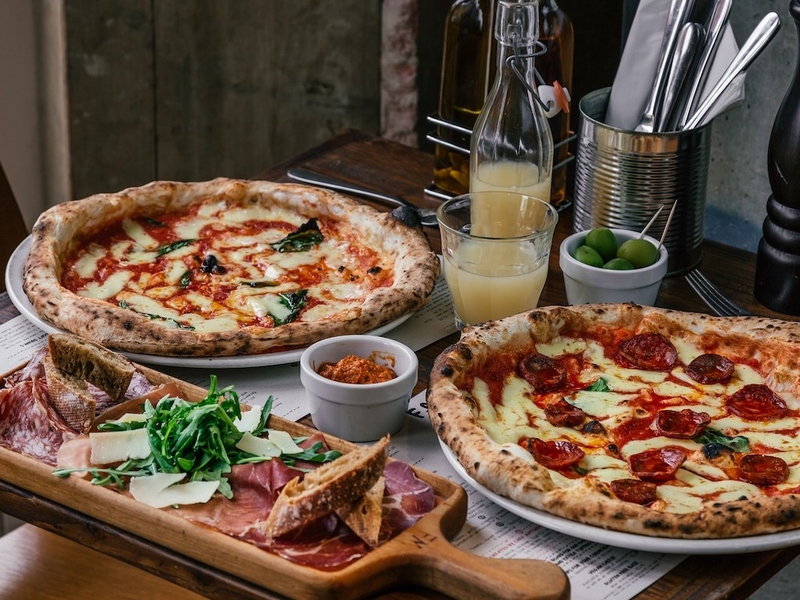 <sarcasm> Manchester is a bit short of good pizza places </sarcasm> and another is due to open in September. While they will have to work hard to proove (groan!) themselves against the likes of Rudy’s and Honest Crust, Franco Manca’s Italian sourdough pizzas already have a good reputation in the capital as well as a number of other major cities. Their story started in Brixton Market in 2008 and have since expanded to around 50 branches around the UK as well as one in Italy. They source all their ingredients from independent suppliers in the UK and Italy and one of their pizzas was created by Michelin star winning chef Roy Caceres. 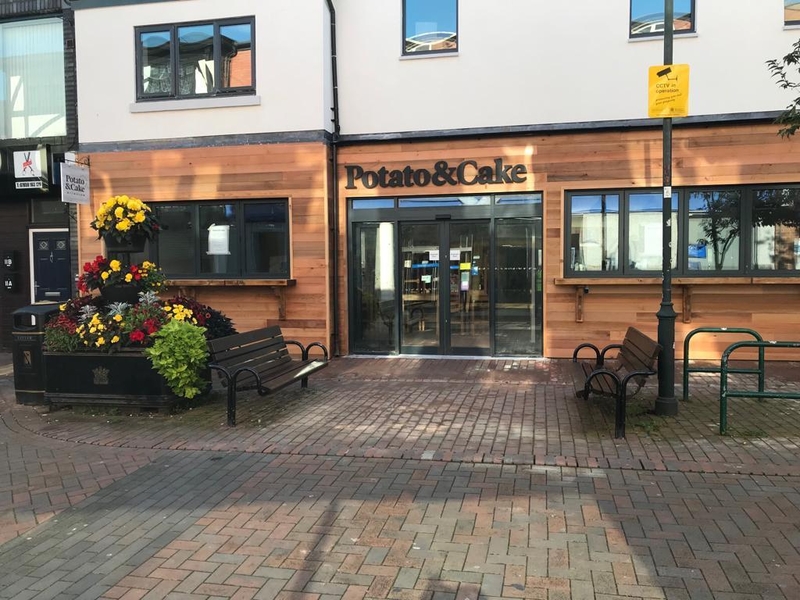 Potato & Cake is a smashing new eco-minded diner and take-away due to open this month in Wilmslow. With environmentalism at the roots of the operation, all containers, cups and packaging will be biodegradable and they intend to use as little plastic as possible as well as composting their waste. Their menu will showcase potatoes ‘in all their glorious forms’ accompanied by a range of house-made cakes. We think it all sounds very a-peel-ing. 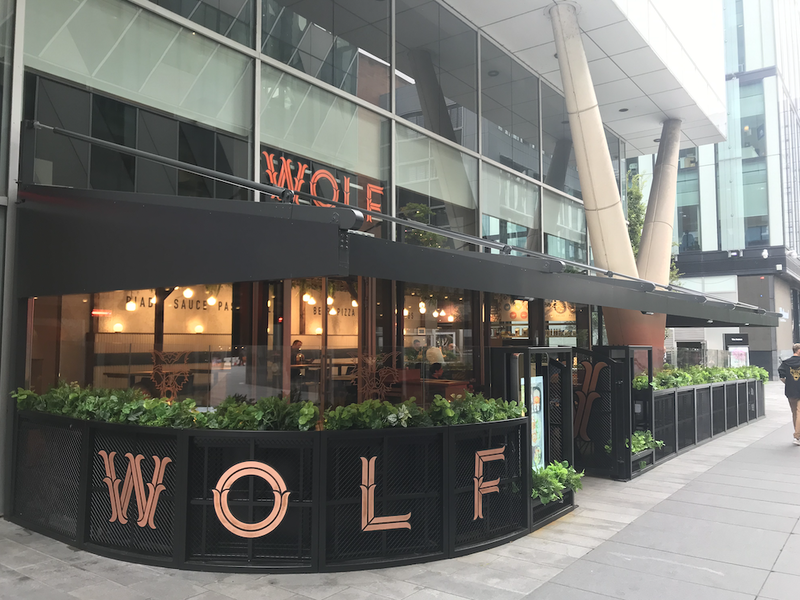 Already popular in the Arndale, Wolf Street Food have recently expanded their territory to Spinningfields, bringing their pack up to a ferocious five members. For those unfamiliar with the concept, Wolf specialises in Italian style fast-food with a choice of piada, pasta or salad base topped with locally-sourced, house marinated meats or roasted veg and a choice of house-made sauces and extra toppings. Their piada is being touted as an 'Italian burrito' with spaghetti instead of rice. The Spinningfields menu also features pizza and a brunch range with breakfast rolls and all kinds of eggs. It’s sure to be a hit with voracious office workers.