National Tea Day and UK coffee week are just around the corner, you know...

THERE are less than three weeks to go until National Tea Day (21-22 April... two days, huh?), which coincides with UK Coffee Week from 16-22 April.

It does seem a little odd to have a special day designated to something that has been a part of the British daily routine for centuries, while our collective love of coffee stems back to the first UK coffee house, opened in Oxford in 1652. Still, any excuse to stick the kettle on.

Rosie-Lea, chai, builder's brew, a good old cuppa... java, Joe or ‘morning jolt’, whatever you call it, we're certainly not short of spots to pick up a cup in Manchester, with more popping up all the time.

Here's a roundup of the latest batch, either opened or opening in the city centre later this year. 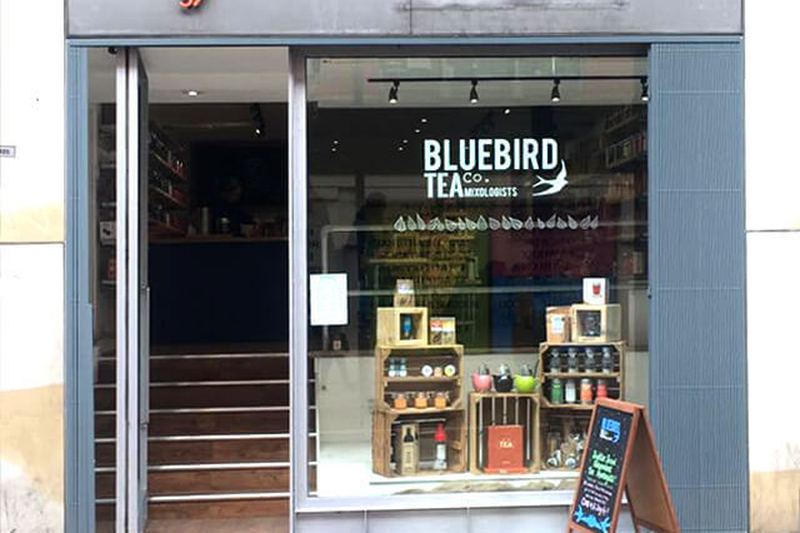 Owners Kristi and Mike met while studying politics at university and began selling tea on market stalls. The new Northern Quarter branch will be the seventh UK shop for their emporium of tea, and is the only one in the north (other branches are in Bristol, Nottingham, Brighton, Tunbridge Wells, and two in London.) Expect over 70 varieties of fragrant, high quality loose leaf teas with cutesy names like ‘Bears Like Marmalade’, ‘Raspberry and Liquorice Laces’ and ‘Rice Pudding and Jam.’ The ''tea mixologists' also specialise in flavoured matcha tea blends such as ‘Beetberry’, ‘Ice Cream’ and the so-super-healthy-sounding-it-could-be-a-parody, ‘chilli kale matcha’ blend. Bluebird Tea Company, 57 Church St, M4 1PD 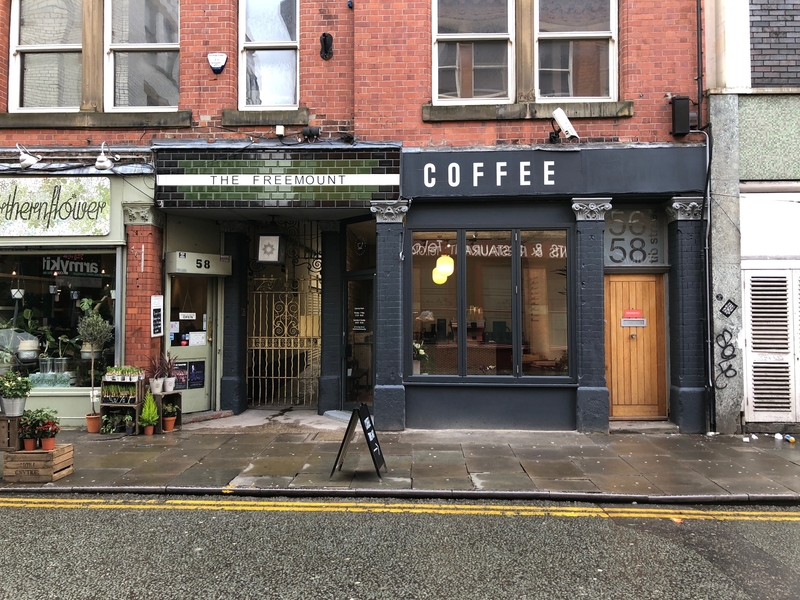 This speciality coffee house on Tib Street has only just opened its doors, so it’s early days for owner Izzy Wallis, who simply wanted to create a relaxed little spot for coffee and cakes with a few select gifts. Open for breakfast from 7.30am Monday to Friday, and from 8.30am on weekends, it’ll start serving brunchy foods like the ubiquitous 'avo on toast', sandwiches, bircher muesli and granola, once the shop is finished. Coffee is from Brixton’s Assembly Coffee and they also offer freshly squeezed orange juice, fizzy drinks from The Soda Works, teas, matcha and beetroot lattes. Beetroot? Huh. Want a drink to go? You can get it in a very nifty sustainable cup made in Berlin entirely from recycled coffee grounds. Just Between Friends Coffee, 56 Tib Street M4 1LG 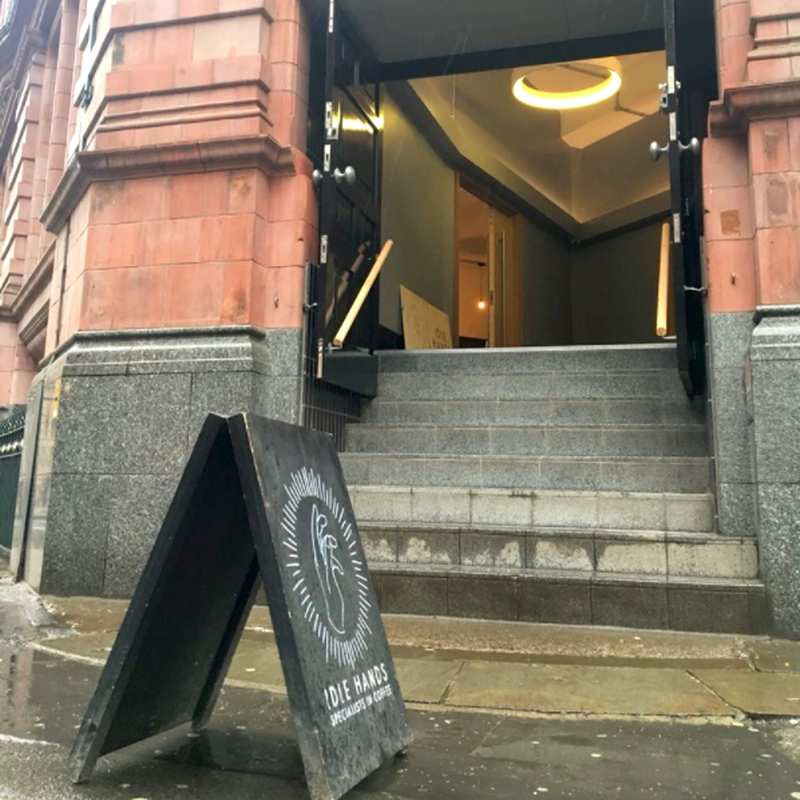 Coffee enthusiasts Dave Wolinski and his partner Lucy Phillips opened the original Idle Hands on Piccadilly Station Approach in 2015. The couple had planned to move to a larger and more permanent spot on Northern Quarter's Dale Street in 2017, but were elbowed out at the last minute by their landlord. Not to be beaten, their supporters established a crowd funding campaign in their honour. The result was a new spot on Dale Street, this time at No.35, selling booze as well as beans, with a strong community focus. Idle Hands, Dale House, 35 Dale Street, Manchester, M1 2HF 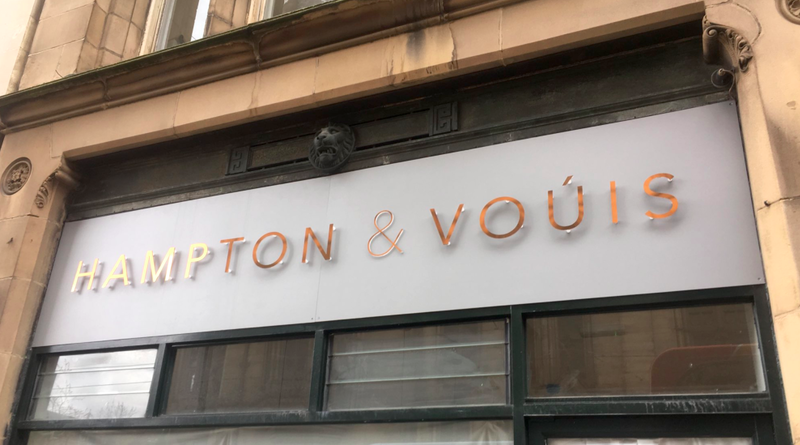 Partners Nicky Hampton and Nikolaous Vouis are busy putting the final touches to their first joint venture; a new contemporary independent coffee shop on Princess Street. The duo want to offer a more high-end coffee shop without the hefty price tag. Hoping to open by the end of this month, the menu is still being finalised, but we're told coffee will come via Buxton Roastery, natural chai tea from Manchester based Auri Tea, and cakes, pastries and bread from Trove. Hampton and Vouis, 31 Princess Street, M2 4EW 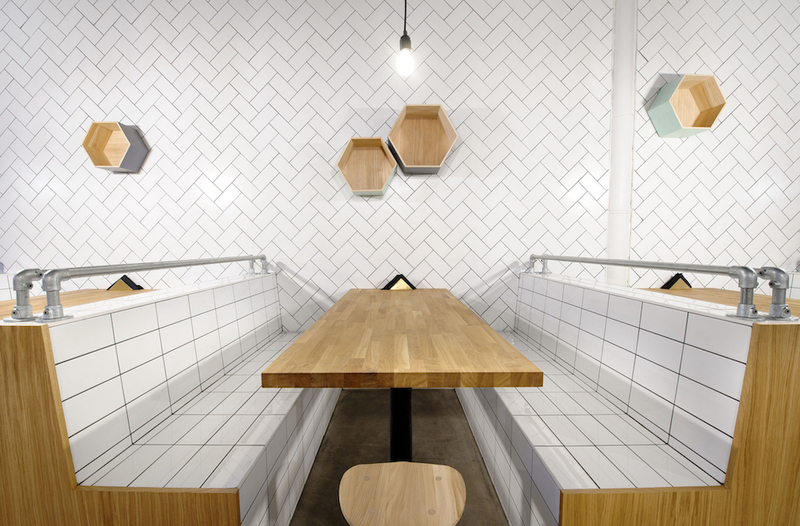 Owned and operated by local design firm NoChintz, Foundation have announced plans to launch a second site in the city centre later this year. It will form part of the new food and drink offering at Whitworth Locke - a 'lifestyle aparthotel concept' by property group SACO. This follows the success of its first branch, which opened in the Grade II-listed Sevendale House in 2015. "This second will follow the same formula as the first,” NoChintz’s head of design, Katie Lea, said. “Coffee at its heart with some food, cocktails and craft beer, a retail section, plus regular events like yoga sessions and film nights." Foundation will open later this year in Whitworth Locke aparthotel on the corner of Princess Street and Whitworth Street. 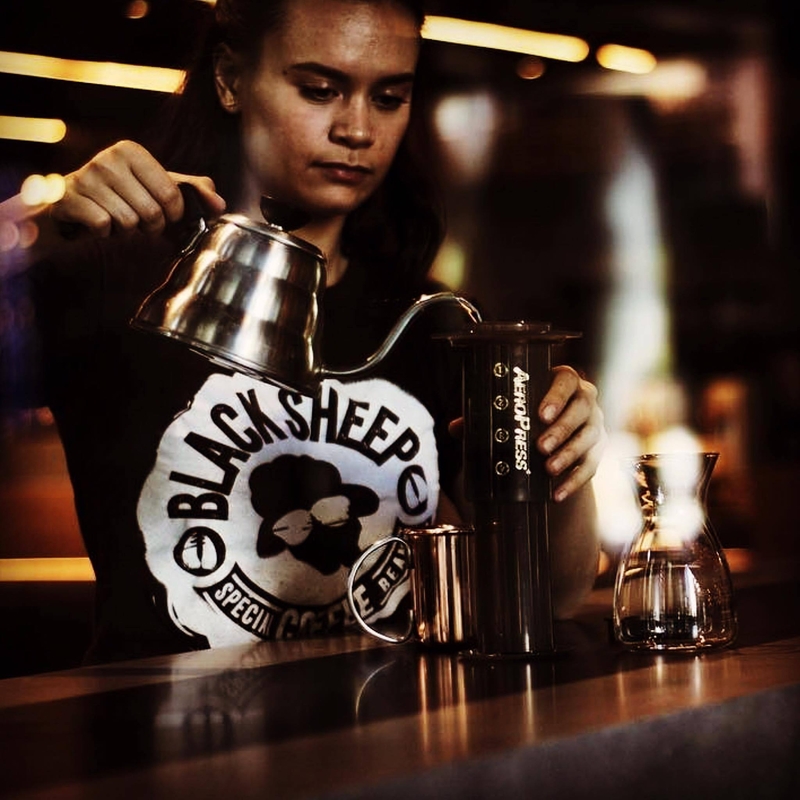 Having opened their first Manchester venue in Spring Gardens last year, Black Sheep are preparing to open a second, this time opposite Piccadilly Station in Piccadilly Place. The 20-strong chain was started by a group of coffee-loving friends who ‘set out to rid the world of boring, average-tasting coffee and only source unorthodox coffees that have a story to be told.’ They buy their beans directly from the coffee plantations, overseeing the picking, washing and drying process. Alongside coffee, both Manchester venues also offer locally-distilled alcoholic cocktails and 'deep house beats' in order to tap into the after-work crowd. Black Sheep Coffee, Unit 4 Piccadilly, M1 3BN

10 of the best dishes to try around Manchester this month