We published an unashamedly optimistic look at some recently opened and poised-to-open restaurants, bars and cafes back in January. Although we're still a little way off a concrete end date to the end-times vibes, we're still determined to look forward. So here's the second half.

We live for the day when we can nick chips off someone's plate again.

Here are another great bunch of new restaurants, bars and other places to eat and drink in Manchester now and in the not too distant future. 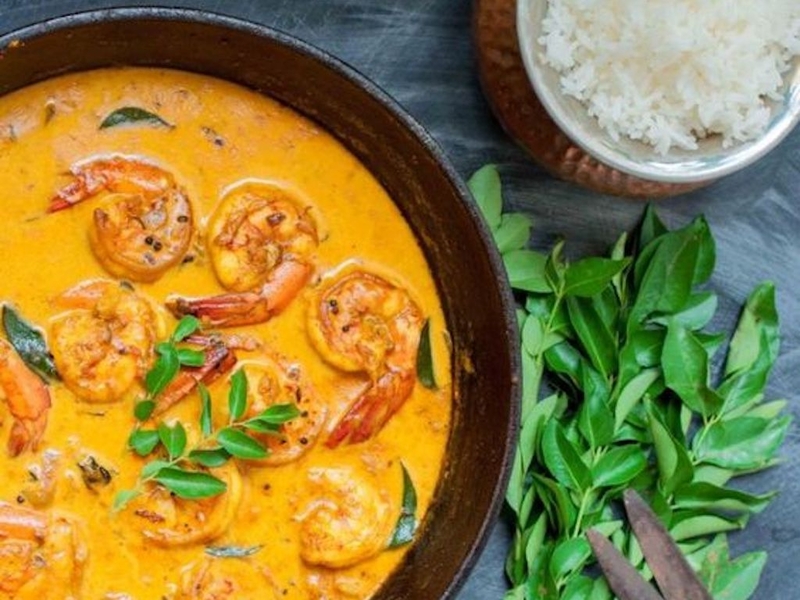 Jajoo the restaurant has been created by the mysterious but important-sounding Dr. Jajoo. Well if a medical man is recommending we eat curries and plenty of them, who are we to disagree? Situated in Didsbury, there is a branch opening soon-ish in Hale, if all goes well and both will feature street eats and roadside curries (the Tuk Tuk Tacos certainly sound intriguing). The Gunpowder Gobi and Doctor’s Daal both come recommended. Currently operating a takeaway service. 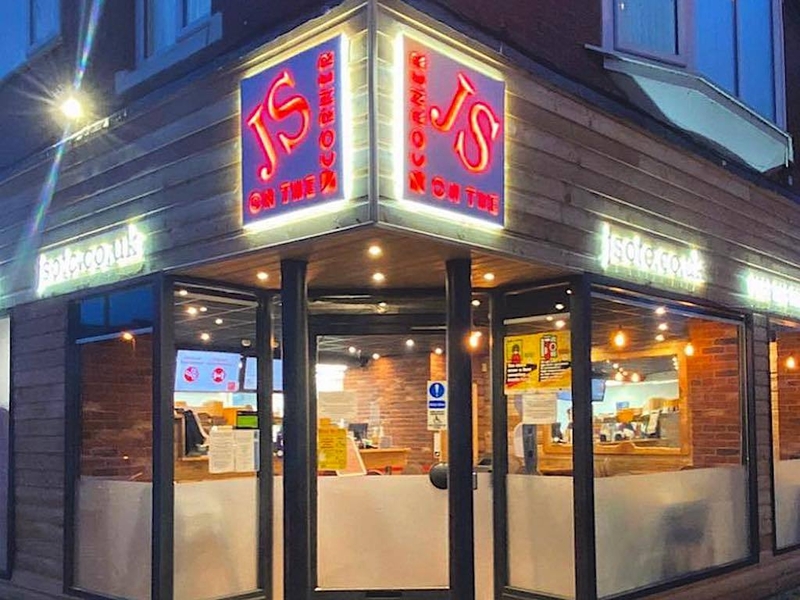 What: JS On The Corner

JS restaurant is the oldest kosher restaurant in Manchester having launched way back in 1956. Last year it moved, rebranded and reopened as a smaller, more modern casual dining spot on the corner of Bury New Road and George Street. All exposed brick, wood and neon, the NY vibe suits the menu. Its hummus plates with pulled beef, shawarma or falafel and fresh pitta are famous but look out for KFC (kosher fried chicken, obvs) too. A ‘smoked beef frap’ is our pick though: smoked pastrami, garlic mayo, mustard, onion rings, crispy onions, salty pickles and coleslaw all stuffed into a wrap, breadcrumbed and then… deep-fried.

Not strictly new but worth a mention. Formerly Kim By The Sea, this comfy pants Hulme stalwart reopened briefly in November rebranded as Kim’s Kitchen. Currently undergoing a bit more refurbishment it will reopen in Feb for delivery and, when allowed, cafe dining. There will be an eclectic range of hearty homemade treats; including ‘well good’ chips, sticky toffee pud, burgers and curries (plus some token healthy salads). Following stints at the likes of Hatch and a well-received lockdown takeaway service - including specials like lamb patties and Caribbean stew - it should continue to prove a hit with locals. 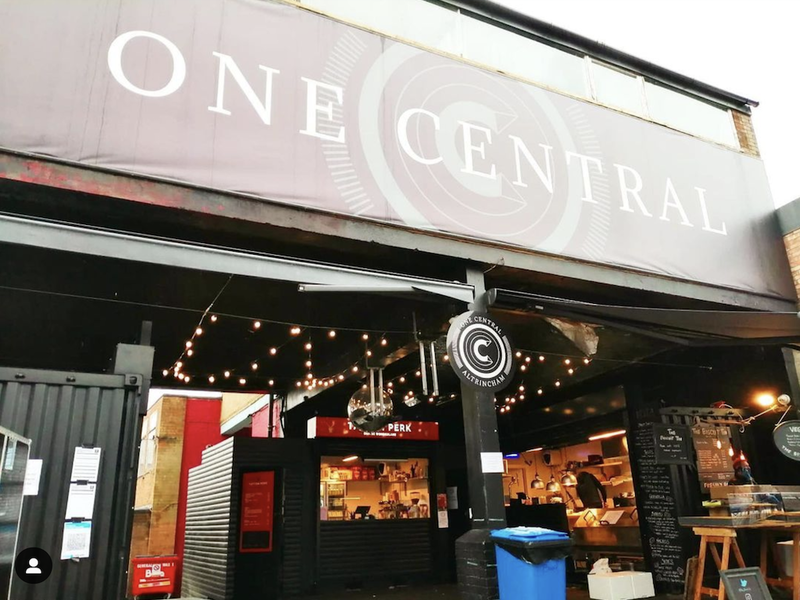 You might think Altrincham doesn’t need another ‘food hub’, but think again, as One Central has created an alternative to the Market from adapted shipping containers and a whole lot of community spirit. Nestled next to the Everyman Cinema, you could easily find enough options to eat through the day, starting with coffee from Tatton Perk, artisan doughnuts from Holy Dough and moving on to loaded tacos from Choza or a toastie from Melt. The majority of the vendors are offering takeaway service, check socials for who is serving on a particular day.

Detroit pizza place with square pizzas, wood grill, beer garden, campfire and a margarita bar. This new venture has a lot of buzz around it as it comes from the original team behind Trof et al and is backed by Capital & Centric and the Kamani brothers. Housed in a former MOT garage opposite Band On The Wall, the pizzeria is just the first of many treats they have in store for us, this one’s going to be part of something very big. For now, we're just loitering around their Instagram page like perverts waiting for the curbside collection service to launch. 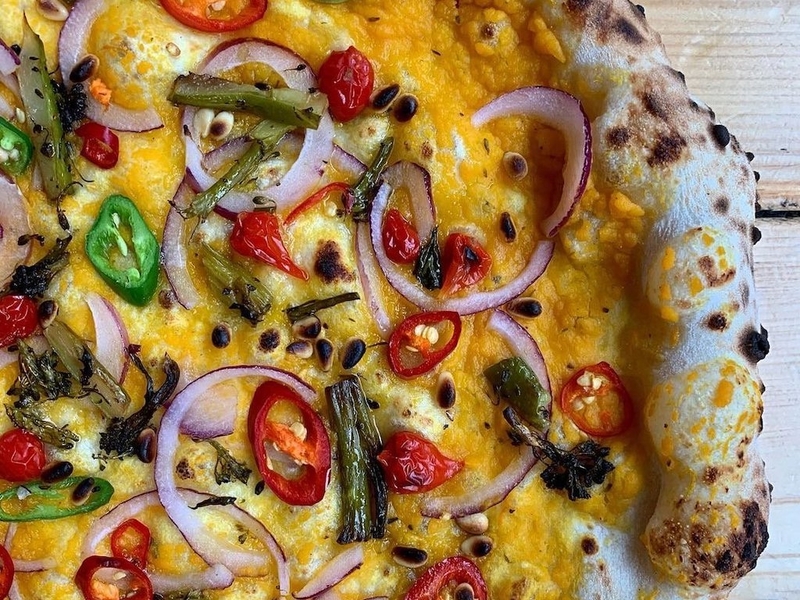 The Rudy’s train keeps on rollin’ as this once cult Ancoats Neapolitan pizzeria expands its empire faster than pizza dough in a proving drawer. There are so many buns in Rudy’s oven that it’s frankly hard to keep track. The latest is heading for the upper crust suburb of Stockton Heath in Warrington and makes a septet for the brand. It will open in the former Barclays Bank as soon as restrictions allow. 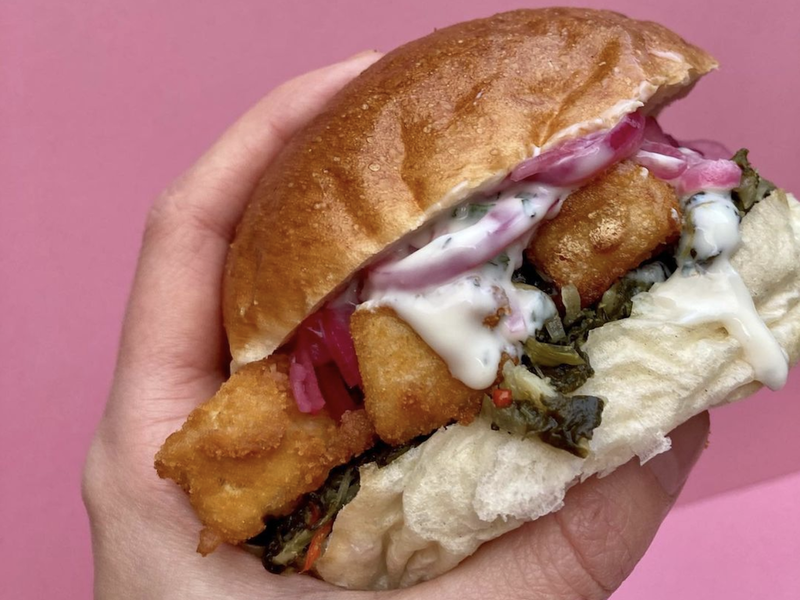 Where: Behind The Crooked Man, 7 Fairfax Rd, Prestwich, Manchester M25 1AS

When: Open now (for takeaway and delivery)

Launching back in October, this deserves a fresh mention as it's now available on Deliveroo. These local lads have been pedalling their wares (sometimes literally, delivering butties on a bike) from a shack around the back of The Crooked Man in Prestwich. The bar might be closed for now, but here's your reason to visit. Expect creative butties on bloomer and brioche stuffed with things like breaded tofu with spicy saag and pink pickled onions or chicken fried steak and pickles. It was, some might say, criminally excluded from our Jake's butty round-up but that's just, like, one dude's opinion, man. Or maybe he's just not tried it yet. 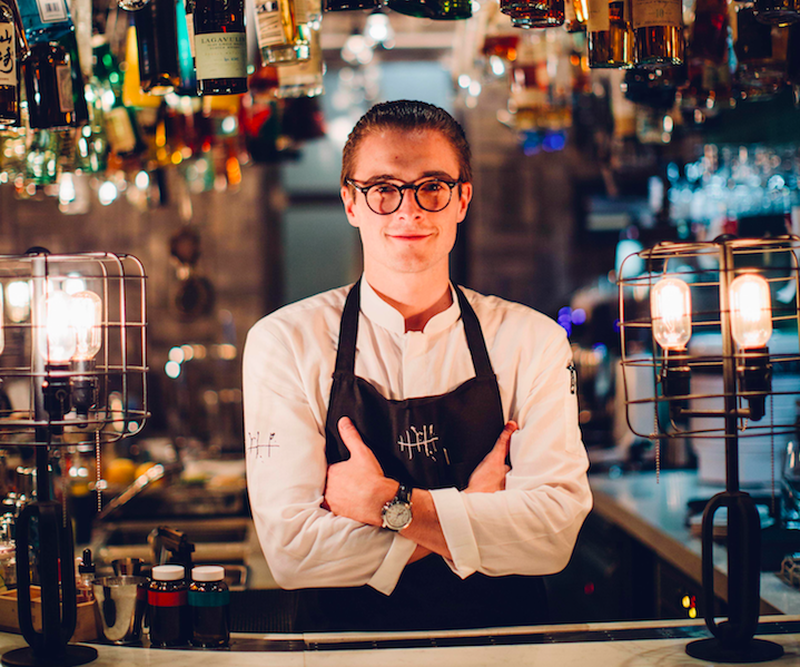 We first caught up with Rossendale lad Joe Schofield about his plans for a Manchester bar in 2018, after he’d just been crowned International Bartender of the Year. Now that dream is finally being realised, as he and brother Daniel - also a mixology maestro - prepare to launch in the site of former ‘celebrity boozer’ The Old Grapes, based in the Grade II-listed Sunlight House. Schofield’s Bar, which joins fellow Quay Street newcomer The Blues Kitchen this year, will launch with a menu of 24 mainly classic cocktails alongside wine and craft beer, and accommodate 70 people inside plus 60 on the outdoor terrace. Designed to be approachable, “not special occasion”, it will be open six days a week, from early morning for a brew to around 1:30am. 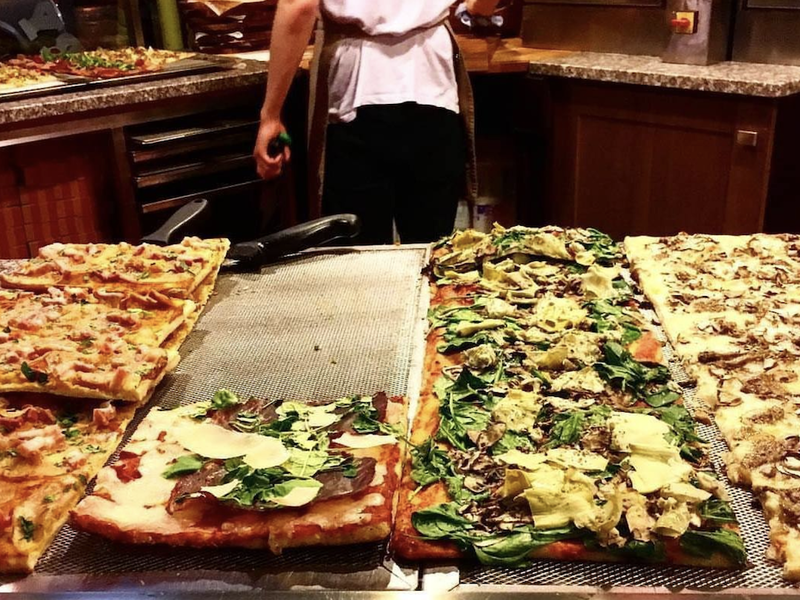 Two new pizza places not enough for ya? You’re in luck. Slice, which closed its popular Stevenson Square venue for a ‘refurb’ in 2019 (and never reappeared) has found a new, albeit smaller, home on Oxford Road. Founder Matt McGuirk is keeping schtum on the exact location but hopes to return in the next few months with the freshly baked Roman-style pizzas in the range of classic and quirky by-the-slice options it was loved for. 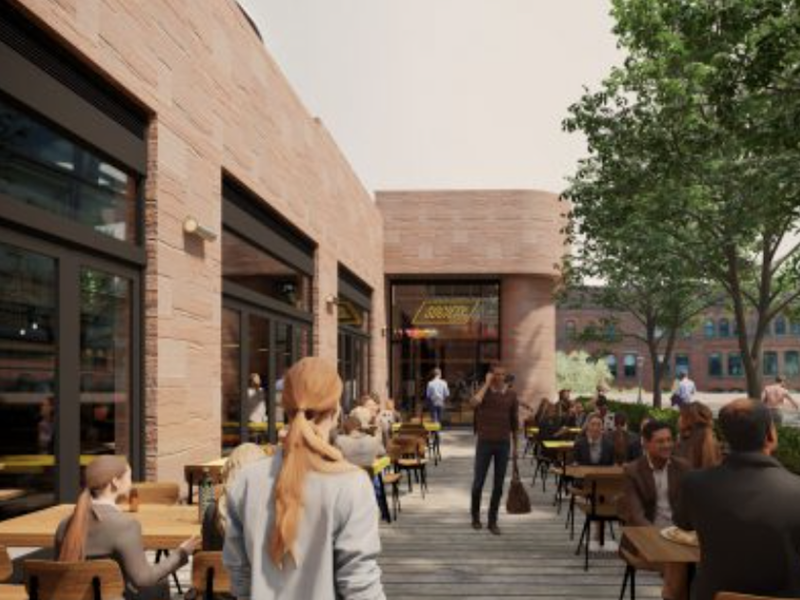 What, another ‘street food’ hall? Well, yes - but this one is in a part of town that’s sorely neglected when it comes to trendy dining options. It's moving into the illustratively neglected Pitcher and Piano site next to The Bridgewater Hall - that one next to the fountain with the picnic tables outside. Society Manchester is a hip new £1m project from PopCity, a couple of Yorkshire-based entrepreneurs who already run the very popular and buzzy Assembly Underground in Leeds. Plenty of local bods will be here, including a new pizza sideline called Dokes from Ancoats faves Elnecot as well as fresh implants from that side of the hills like Slap & Pickle burger and Falafel Guys. Beer comes from Hebden's Vocation Brewery.

South Manny Flavas started in a back garden in Longsight and before long, founder Aaron Lee was popping up in so many different kitchens we thought he'd had himself cloned. Now he's finally put down some permanent roots in this new take away outlet, part of the Great Northern Warehouse, on Deansgate. Calling it a 'super street food diner' selling 'luxury fried chicken', it couldn't be more on-trend as the street is the only available location for 'dining out' at the moment. Hoping to open around Valentine's weekend - because nothing says romance like fried chicken - expect the usual creative junk food (crunk food?). One to look out for is the Manny Cheese Steak - inspired by its American cousin, Philly - with locally sourced, thinly sliced beef from Manchester's Woods Butchers. Desserts as always come from Masterchef Exose Grant.

Sebastião Salgado: 'The destruction of Amazonia is caused by the whole of society'
● / Cafes