Sun’s out fun’s out. It’s miraculous what a bit of vitamin D can do for the soul, isn’t it? It’s as if the big flaming star in the sky hasn’t been out for months, years even. And with it comes that beautiful sense of excitement, the steps of Castlefield Bowl filling up, Stevenson Square bursting with potential, laughter in the air, the odd burned neck. Glorious.

This week the food and drink news is definitely gearing up for summer. Train station burger additions for the next time you travel, day trip inspiration with new Michelin additions, summer cocktail menu reveals, belated Manchester bar winners and festival scran. As always we’ve compressed the week’s writing on the site into an informational canape, perfect for nibbling on the go. Enjoy yourselves, make the most of the sun and please, wear sunscreen.

If we could offer you only one tip for the future, sunscreen would be it.

Read on for this week's bite-size, snackable Manchester food and drink news. 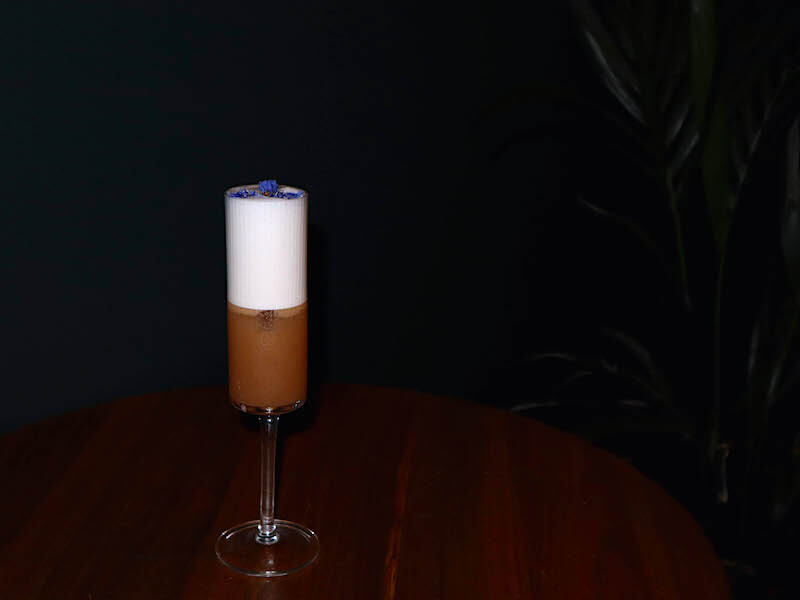 Vietnamese dining spot NAM in Ancoats has launched a new menu of cocktails with Saigon flavours for spring. We've had basically every cocktail in Manchester and yet we've found plenty to get excited about on the menu preview we've seen from NAM. That's because there are ingredients featured that you don't get very often over here. Think green Xiem coconut, sugarcane and pandan. There are more familiar ingredients like lychee, kumquat and yuzu too all blended up with trusty old rum, gin, tequila etc. We can't wait to try this Mekong belta of a cocktail list. Look out for serious reportage via our Instagram.

Cocktails your jam? Read our article about Manchester's most Instagrammable ones.

Eyes on the fries

It might sound like your mum trying to remember where your dad took her for their anniversary meal last year, but That Burger Place is actually a hugely successful burger restaurant that is making waves around Swinton, Walkden and soon to be Salford too. Known for its impressively-sized burgers, cheesy Insta snaps and a fledgling YouTube channel called That Burger Show, the restaurant’s menu is full of prestigious grub - including the New Yorker Burger that has been the apparent winner of "Manchester’s Best Burger” title (a lazy Google search has returned no results).

Now the operation is competing for the very real title of the UK’s best burger at the National Burger Awards. The cook-off will take place in London alongside fifteen other finalists from across the UK and include a “technical showdown” as well as a meat-free burger round.

Since the pandemic, Michelin has gone a bit rogue with its announcements, revealing them on a seemingly random basis to keep us on our toes. Just when you think you know where you are in 2022, another few restaurant additions to the Guide get announced. The first is former Northcote exec-chef Nigel Haworth's new venture The Three Fishes at Mitton - which surely only opened about five minutes ago, but with Nige's stellar history, certainly doesn't need to fish for compliments. The second is long-time Confidentials indie fave Hyssop at Glossop. Our now-editor Kelly Bishop gave Hyssop a cool 17/20 on her review visit in 2019, saying it was "well on the way to becoming a destination restaurant". A few years down the line, Michelin inspectors have caught on and no doubt Hyssop is better than ever. Time to hop on the train to Glossop again, we think.

Five Guys on and off the train

Splendid news rail fans. Your pre and post train burger has just been upgraded to fifth class with the arrival of a Five Guys at Piccadilly. The American brand, best known for its made to order burgers, but also a purveyor of hot dogs, fries and shakes will open at the station on Monday 28 March. All journeys thereafter will have serious burger potential, albeit no disrespect to the king. Fun fact: there are over 250,000 possible burger combinations and 1000 ways to customise a milkshake.

The stars align at bluedot

bluedot, the science/arts/music festival held at the iconic Jodrell Bank, has always been a bit of an out-of-this-world experience. Now the food offer has gone super nova. The festival has revealed a new VIP Village, in partnership with Bruntwood, hosting an award-winning rotation of restaurants and food brands including nu-traditionalists Hawksmoor, the Michelin green-starred Where The Light Gets In, cyber-Thai restaurant District and ex-Baratxuri head chef Rachel Stockley. The new VIP experience has been designed with partner charity Eat Well MCR and follows on from a successful collaboration with the Vegan Society at COP26.

And the Manchester bar winners are

From crust 'til dawn

Other than the hole of chaos that is the Oxford Road McDonald’s, when we think of nosh you can eat through the night, not many Manchester places spring to mind. However, a new midnight feast launch from Moxy means that you can eat deep-dish style pizza 24 hours a day, 7 days a week.

Perfect for soaking up last night’s Negronis or the morning after’s guilt, the pizzas are £9.95 and come with a load of different toppings. So far the options include pepperoni, cheese and tomato or chicken and bacon, and the menu is available alongside Moxy’s happy hour bar menu. If you fancy living out your late-night diner dreams in a cool hotel in Spinningfields, cop yourself a midnight feast.

How was the starter and mains? Fantastic. Good to hear. We've also got a selection of reads across the site that you might be interested in this week. A good place to begin is Sarah's refreshing, revitalising piece on the joys of cold water immersion. Follow that up with our things to do round-up for April and upcoming food festivals. Then we'd recommend a spot of (wine) schooling (the best kind) and the fantastic news coming out of Manchester's Contact Theatre.

Still room? Finish things off with our pick of the most outlandish cocktails in Manchester, a poignant read on The Manchester Innocence Project, more exciting Kampus news or our review of The Blues Kitchen. Once you've read all that, feel free to treat yourself to a nap.

Read next: Cloudwater and Levanter launch 10 weeks of patio parties at Kampus