Sleuth gives a voice to the mouthless

Sleuth: "How are you feeling?"

BT: "Yes, but now I’ve got those cluster monkeys looking over my shoulder. It’s like they’re creeping up on me."

BT: "Well, particularly that South Tower. That arrogant bastard, couldn’t bloody stop itself, could it? Kept on going until it was 32 metres taller than me. That’s 105ft in old money. I’ve been the top dog in this city for more than a decade. Nobody looked down on me. Nobody but the clouds. People on the moors surrounding the city would wave at me, photographers made me a star, politicians and celebrities were interviewed from inside me with the city as a backdrop. I was so proud. Not only was I top dog in Manchester but anywhere outside London. This new fella has really got me down."

BT: "Who wants to be second? That’s a loser’s number."

S: "But you've had some unhappy moments before Deansgate Square. What about your windows?"

BT: "Now steady on, we all have our health issues. And it’s not as though any of my windows fell on anybody’s head, is it? Not that I’m happy with all these rubber clamps all over my body put there to ensure the windows stay in place, they’re itchy in warm weather. But what really annoys me is the attitude of one of my residents..."

BT: "The one that designed me: the black clad Mr Ian Simpson. How can he live on my top floor and then design something so close that’s taller? What sort of respect is that to show me, especially after all I’ve done for him? He has a lovely duplex here and I also shelter those olive trees he has. He looked down on everyone else and now Deansgate Square looks down on me. I might just shake my head and get him out of my hair, or the next time he emerges from my feet blow the bastard into an oncoming bin lorry."

S: "Cheer up. There’s one quality you have which Deansgate Square hasn’t got?"

BT: "Of course, of course. That’s put a smile on my facade. I forgot about that. That lanky streak of piss can’t do that can it? In fact I might give it a go now. Show it what’s what." 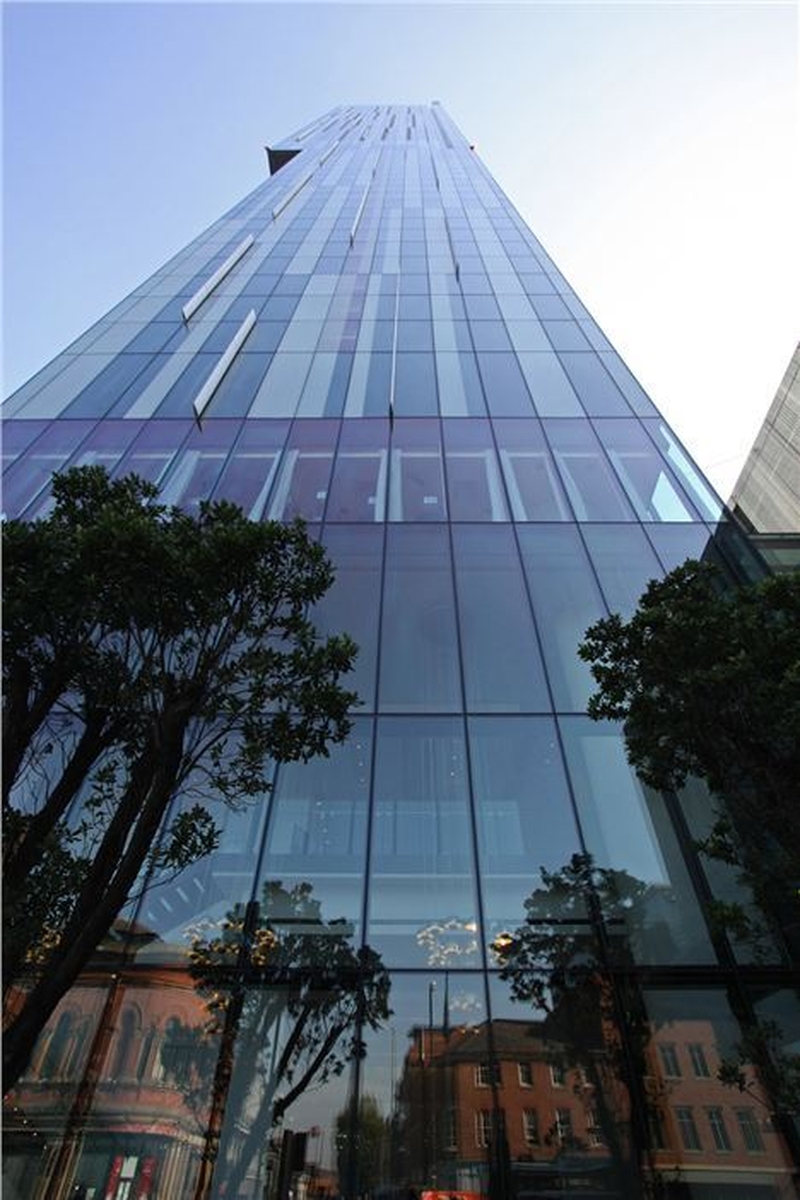 Like that? Good. Here's something completely different... Code of conduct: how to behave in Castlefield