ALLEY-bound new'ish Americana joint, Dogs’n’Dough, on Bow Lane (a ginnel off Cross Street by Subway) has become one of the city’s foremost find-me-if-you-can venues since its opening last September and is hotly contesting that elusive ‘Where The Bloody Hell Is It?’ category at this year’s Manchester Oh-Sod-It-Then Food And Drink Awards alongside:

Umezushi: Beneath a railway arch somewhere near Victoria Station

Montpellier: Not even Marco Polo could find it.

We like odd, we like tryers and we like those that try at odd. Dogs’n’Dough are certainly having a go. Good on ‘em. Anything but more fucking pulled-pork.

Dogs’n’Dough is a fantastic underground cavity of a venue criminally under-used as a bar space (something the owners are looking to rectify quick sharp) and reminiscent of 80s cult American sitcom Cheers (“Everyone says that, luckily that's what we're after” replied co-owner Adam Jones), all Jaguar-green tiles, exposed brick, neon bar signs, leather table menus and a fat alcoholic accountant called Norm slumped at the bar. Could do with turning the lights up a tinkle, mind. D’n’D titters on the edge of dinge. 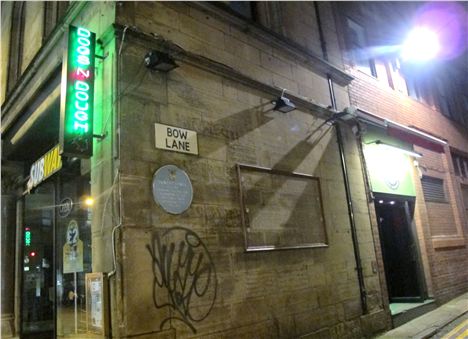 Less than half a year since opening Dog’n’Dough are rolling out a new menu with more dog than a Vietnamese barbeque. The hotdogs selection (£4.50-£8), jumping from eight to eighteen, now come with chilli, pastrami, doritos, chipotle, sauerkraut, corned beef, Bombay potatoes, tikka masala, bbq beans, poached egg and ginger amongst others, along with enough cheese, onion and sauce to overwhelm a Texan toll-booth attendant.

The new Monte Cristo hotdog (£6.50) with cheese, strawberry jam and peanut butter is just about the oddest item we’ve seen on any Manchester menu since the Editor was made to drink a three willy wine by a Wong at Chinatown’s Pacific Restaurant five years back (this was a wine distilled with penis of seal, deer and dog. No really.) The intention was to buttress Ed's manhood - something he insists has never been called into question. 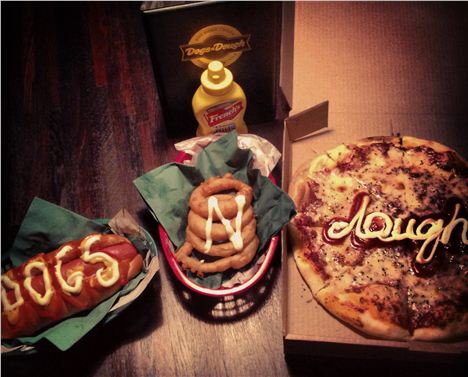 But jam on a hotdog? Pass. The Gladiator (£8) though, a hotdog posing as a calzone in pizza sauce was great scoff (main picture), if a little heavy-going. The only thing that rivalled The Gladiator for unfinishability was the mac’n’cheese pizza, a novel and not unpleasant dish that needs to be destodged by half (my companion only managed two slices). It would also benefit from a splash of colour. There are bananas with Yellow Fever wearing Brazil football shirts laying in vast fields of rapeseed flowers less yellow than this pizza.

Still, we like odd, we like tryers and we like those that try at odd. Dogs’n’Dough are certainly having a go. Good on ‘em. Anything but more fucking pulled-pork. 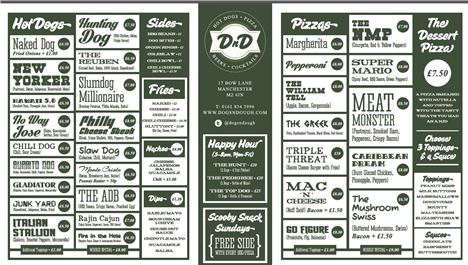 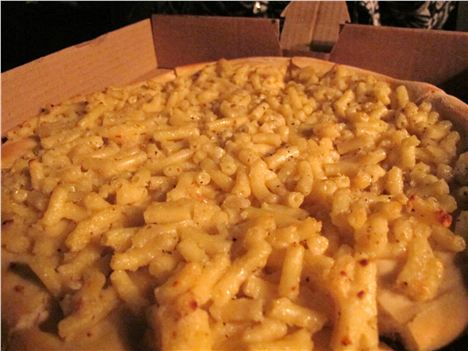 The mac'n'cheese pizza ran-away with the 'Yellowest Ever Food' gong All beers by the Hawaiian Kona Brewery (£4) hit the mark 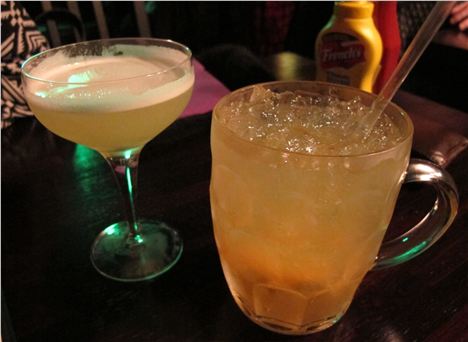 The Double Deuce (£8) was the pick of the cocktails (right): Rum, citrus, orange and.. Budweiser? 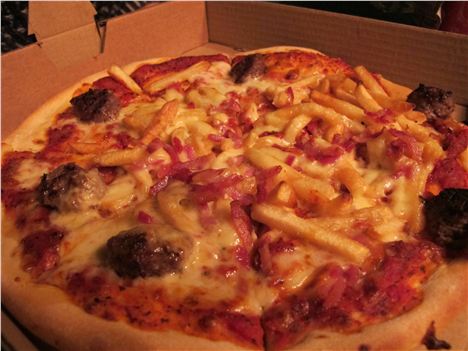 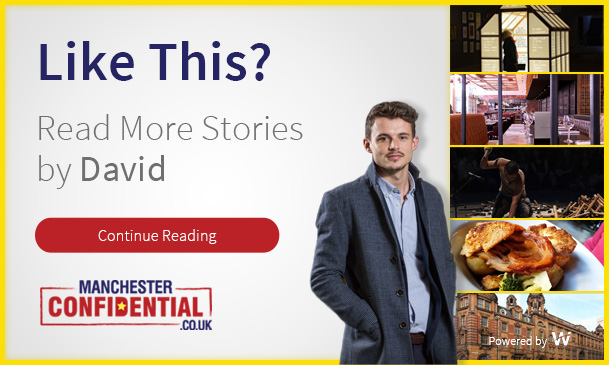