Code of Conduct: how to behave in... Piccadilly Gardens

The council has issued a new set of rules for Manchester's busiest square. Sleuth lists them here.

EARLIER this year, Sleuth learnt that the council were to issue a series of 'Codes of Conduct' for certain areas of the city, to ensure consistency of approach and behaviour by the city’s residents, workers and visitors.

1. Every parent must arrive with at least ten children.

2. At least one child must be allowed to play in the fountain and get soaking wet no matter how cold it is.

3. Seating is not for the elderly, infirm or pregnant women but exclusively reserved for the homeless and beggars.

4. Beggars must always run and shout. Or stand still, stoned.

5. No vaping or smoking tobacco, but please do as much skunk as possible.

6. Never step within ten metres of a public phone box unless wearing a full Hazmat suit.

7. When getting off a train pissed after midnight in Piccadilly, always tell yourself that you're not going to end up in Burger King, then stumble down the approach, look around, see that Burger King is the only place open and order a Triple Whopper meal.

9. If middle class always make sure to sneer. This is the last place in the city centre where, despite being a fully paid up member of Momentum and Jeremy Corbyn’s Labour Party, you are allowed to look down your nose at those less well-off.

10. At 1pm every day, listen respectfully as Councillor Pat Karney says something ridiculous about the Gardens with a straight face.

11. Do say: ‘Grass in Piccadilly Gardens. What is grass here? Why, it is a metaphor for the brevity of life and the vanity of all human ambition. It comes and goes so quickly.’

12. Do say: ‘Concrete in Piccadilly Gardens. What is concrete here? Why, it is a metaphor for our mortal existence. It begins fresh and lively and ends up stained and decrepit too soon, too soon.’

13. Do say: 'Fountains in Piccadilly Gardens. What are fountains here? Oh they're broken again."

14. Never be drawn into Empire Exchange by the music being played loudly outside, because you will always lose two hours and leave with crap you don't need - like a broken Peter Schmeichel mug and a Playboy from 1983.

15. If you must listen to the preacher tell you how you're a sinner and damned to spend eternity in hell, always reply with: "surely it can't be much worse than this place".

16. Do visit the University of Manchester's new Anthropology Department at The Piccadilly Tavern. As the university has stated, 'we no longer need to visit the far corners of the globe observing human behaviour, because everything you could possibly see is all in this one pub'.

18. If in possession of a tub of unspeakable hot black goo always empty it onto the pavement surrounding a bin.

20. When passing the 1901 statue of Queen Victoria do not repeat this description from the Westminster Review: 'It is at once the most pretentious, the most incoherent and the most inept of any sculptural monument one has ever seen in England.’

21. And don't repeat Confidential's description from 2008: 'she looks like a fat ugly beetle'.

22. Do praise the often overlooked Tree of Remembrance from 2005, but do not provoke the pigeons, who sit in the steel and bronze watching, like a scene from The Birds by Alfred Hitchcock.

23. Do not try to predict the opening hours of the Chinese Jiang Bing stall outside Santander - because Mr Jiang Bing opens when he wants.

24. Do not sit down for longer than 47 seconds unless looking to buy drugs.

25. Don't ever look at old photos of Piccadilly Gardens with flowers and say "It's not what it used to be".

26. Remember in Piccadilly Gardens, there is no code of conduct. Do whatever you want. There's no police around anyway.

Like that? Then be sure to take a look at the Code of Conduct's for Market Street, First Street, Northern Quarter, Castlefield and Spinningfields. 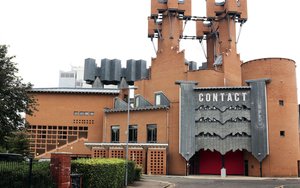 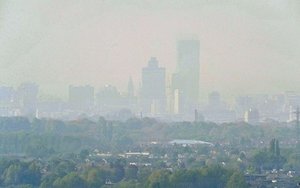 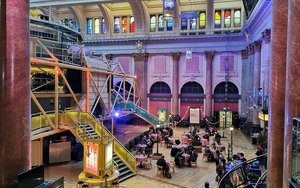 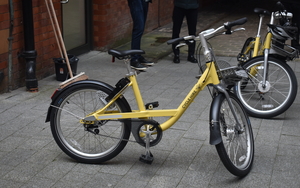