7 of the best things to eat around Manchester this December

We're diving deep into comfort food this month in an attempt to stave off the cold. It’s all about things in pastry, huge plates of carbs, slow cooked beef...and a really long cucumber. Take a look below for our favourite dishes of the month. 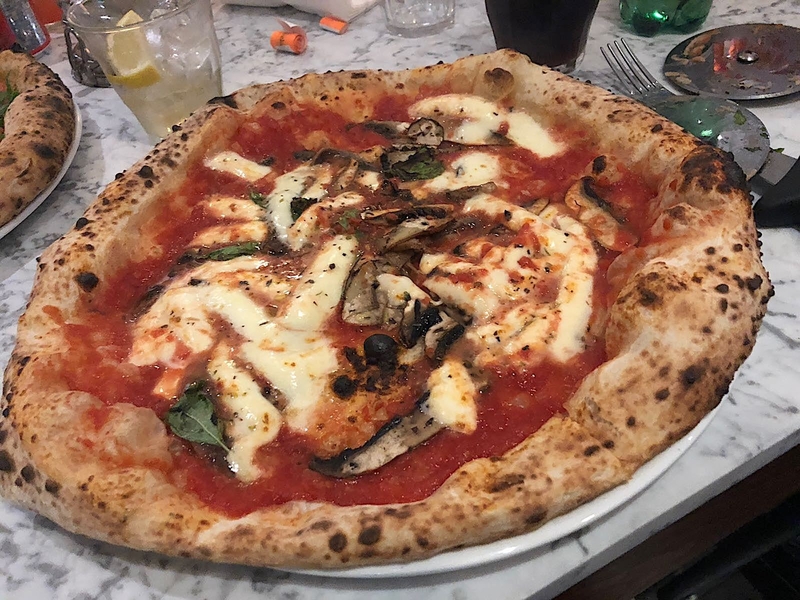 ‘Oh a pizza from Rudy's’, I hear you scoff, ‘how original. Surely everyone is aware of their fresh bases with just enough chew, satisfyingly piquant toppings and reasonable prices. Tell us something we don't know.’ So, I'm not recommending the pizzas per se, more a method of eating them. Go with some good friends (or someone who you'd like to get to know better) and order some pizzas to share, maximising your exposure to all those delicious flavours. In my case I managed to scoff through a mushroom-heavy portobello, a Calabrese dotted with meltingly spicy 'njuda sausage and my favourite, a tarantina loaded with a salty trifecta of anchovies, capers and olives - pure briny bliss. Rudy's don't do slicing (though they will give you a pizza cutter if you insist) but instead encourage you to rip and fold, just like a true Napoletana. Lucy Tomlinson 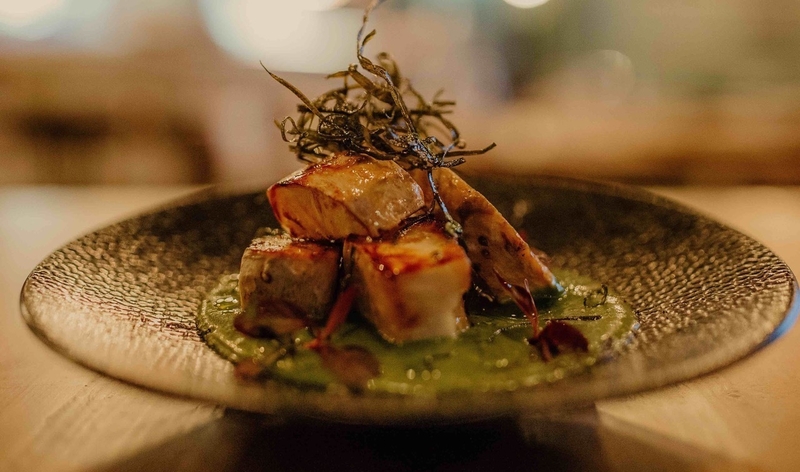 Veganuary is only one pig-out Christmas and hungover Hogmanay away. So, in anticipation, step forward an unlikely champion of the plant-based lifestyle – Ancoats’ ‘Modern Portuguese’ destination, Canto. Among the sharing petiscos of unctuous pig’s cheek and chargrilled pork chops with chouriço and pancetta unearth the delights of roasted celeriac. Every bit as savoury, this bulbous root veg, also known as ‘knob celery’, caramelises and concentrates in intensity; as a mash it can be watery. I’m not sure this is a dish you’d ever encounter in Lisbon or Porto (though all restaurants and institutions in Portugal are required by law to have at least one vegan dish on the menu) but we are not going to be sticklers for down home authenticity. Canto head chef Carlos Gomes made his name cooking for Spanish stalwarts, Barrafina. Suffice it to say, this is a pretty, satisfying dish with its vivid green watercress sauce and crisp seaweed topping. Neil Sowerby 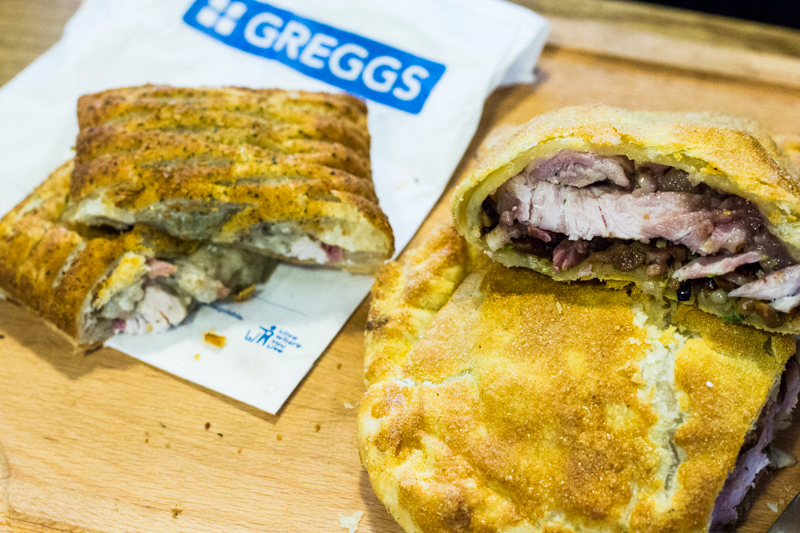 There are two things about me that never fail to cause the rest of the office much hilarity; the fact that I iron my bed sheets and my absolute hatred of Greggs. Every so often, someone tries to get me to write about the high street peddlers of mass produced pastry items. Recently, a colleague thought it would be funny to make me eat a Festive Bake. I said I'd do it only if I could compare it to one made properly, with turkey (rather than chicken) and some vegetable matter, so we asked James from Beastro to create one. It was utterly spectacular, like something from a Dickensian happy ending: sous-vide turkey, well-flavoured cranberry sauce made using the turkey stock, proper chestnut stuffing, shredded sautéed sprouts, chunks of their own cured smoked bacon and pigs in blankets, all enveloped in golden pastry. Beastro has decided to keep them on the menu up until Christmas, with £1 from each sale being donated to Action Against Hunger. Deanna Thomas 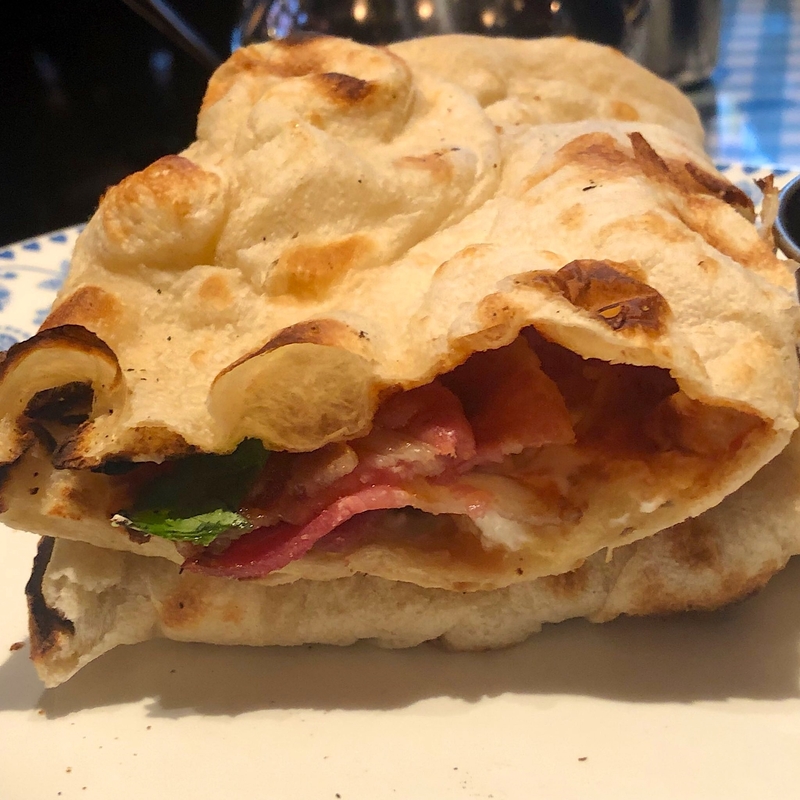 The Iranis were a people persecuted in Iran for their religious beliefs, so buggered off over the mountains into the Indian subcontinent many years ago. Very wealthy, they set up what can best be described as brasseries open to all, regardless of creed, religion, ethnicity, gender and so on. These old cafes are the inspiration behind Dishoom, which has just opened a branch in Manchester, serving bacon naan rolls that have been driving Gordo mental. To start with the naan itself is a belter, cooked to within an inch of the bubbles burning; crispy but moist in the middle. They are spread with yoghurt, coriander and spice then stuffed full of crispy bacon. And not just any spice, it’s the melange that Frank Herbert wrote about in arguably the greatest science fiction novel of all time, Dune. Gordo’s eyes are starting to go Arrakeen blue, he loves them that much. They also serve the best corn on the cob you’re likely to find anywhere. Gordo 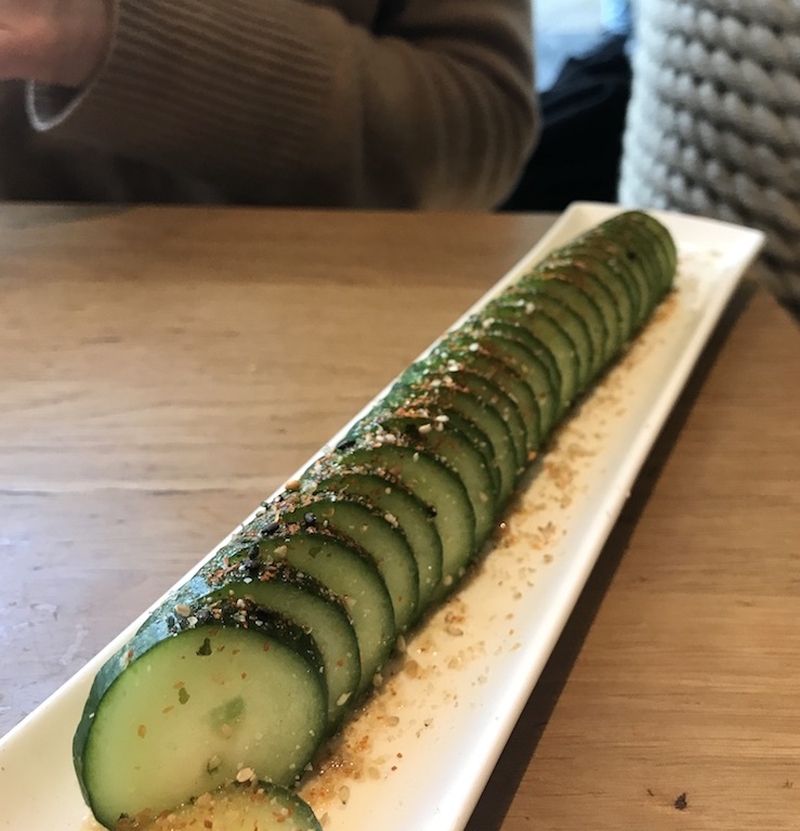 The best thing I’ve eaten this month? Not really, I've been to Dishoom twice already, but Gordo has snagged that above so here's a weird one: a cucumber, a really long cucumber, sliced, with a sprinkle of chilli salt and sesame seeds. And why not? 'Bout time the cucumber got some love. It's usually in a supporting role, the Steve Buscemi of the Cucurbits family, but not here in Shoryu Ramen, where its given time to shine in Goma Kyuri: fresh, crunchy and simple. Plus it reminded me of a vegan Colin Caterpillar cake. David Blake 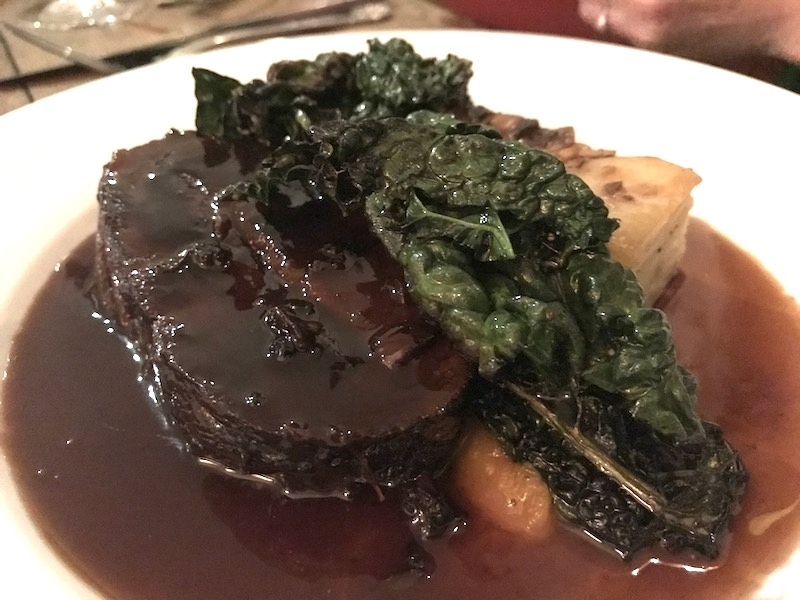 Featherblade of beef cooked in beer - The Rivals (£20)

This is a standout dish from the outstanding gourmet pub menu at The Rivals. It’s the brainchild of former Grey’s Larder chef (and owner of the best name in Manchester) Anna Fysh and everything about it just works, from the pop-in-your-mouth sweet baby onions to the dusty-crisp thick chips. The beef is meltingly tender and there’s enough here to satisfy hungry theatre-goers and food fans alike. Perfect with one of the massively reasonably priced house reds and a wodge of pear and ginger parkin for pudding. Ruth Allan 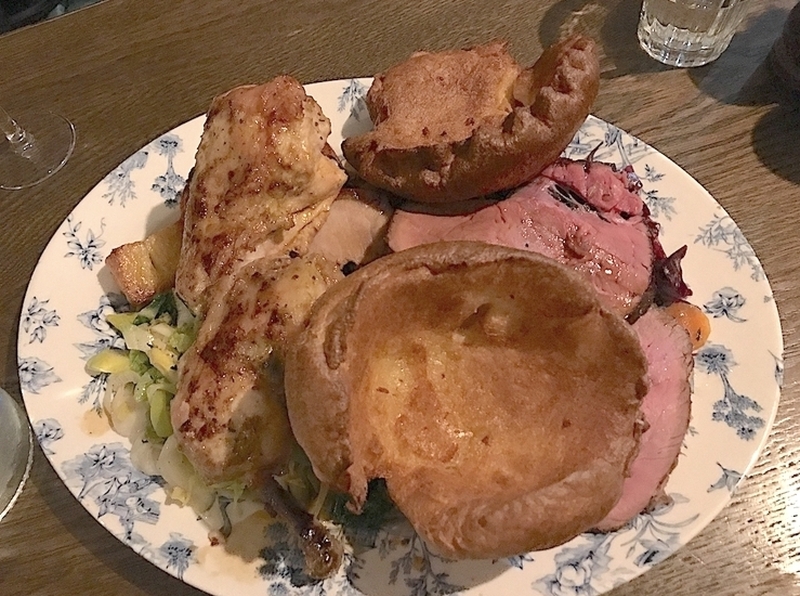 The restaurant's own description could fill up my word quota here: ‘Roast beef, suckling pig and chicken with roast potatoes, Chantenay carrots and parsnip, Vimto-braised red cabbage, buttered greens, Yorkshire pudding, cauliflower cheese, pan gravy.’ It’s a menu description that, for once, completely lives up to its own billing. Sunday roasts are always a problem in restaurants, as roasts rely so much on timing; nobody wants roasties as hard as stones or Yorkshire puds flopping like a Labrador’s ear. Roasts are therefore often best served at home, to four or five people. This way things can be kept under control. However, this roast was immaculately timed, presented, seasoned and was big enough for three. It was just as opulent as the tiled interior of the Principal Hotel. The two are a good match. Jonathan Schofield