A new way to food shop is coming to Ancoats

A new way of food shopping is coming to Ancoats in September.

Food Assembly, a social and collaborative enterprise, which comes from an original French idea called La Ruche qui dit Oui, now has more than 900 Assemblies in countries across Europe including Belgium, Spain, Germany and Italy.

The idea is to wrestle buying power away from huge supermarkets, enabling the general public to purchase high-quality food while supporting small-scale local producers and their employees. It also means you can choose the freshest food available from your local area throughout the seasons and you get to meet the local farmers and food makers.

Each Food Assembly is run as an independent and local project while remaining part of The Food Assembly collective. There’s been a Food Assembly in Stretford for the past eighteen months, and others have been established in Chester and The Wirral, but the first city centre Assembly in Manchester will launch at the beginning of September.

What exactly is it?

It’s not a physical market, with producers lining up waiting for passing customers. It works more like an online market where customers who have signed up to the Food Assembly website for free can log in and browse what locally sourced and seasonal produce is available that week. They place their order and pick it up from their collection point on a regularly appointed day of the week. This minimises any waste.

Where will it be based?

Seven Bro7hers Brewery on Blossom Street, Ancoats, will be the Thursday evening pick-up point for Manchester customers. Being small scale producers themselves, they were very supportive of the project from day one. “People who live in the city centre will be surprised to find out just how close they are to so many fantastic local producers,” explained Helen Taylor, co-ordinator of Manchester Food Assembly. “Pick-ups will have a real community feel about them. People will be welcome to stop and chat to each other over a beer whilst picking up their order.”

What kind of stuff can I buy?

New producers are still signing up to be part of Food Assembly before the September launch, but Helen confirmed that her catering company Moveable Feast will be selling 45 different homemade items such as jams, chutneys, dips, garlic butter and pies; Abbey Leys Farm in High Leigh will be offering 95 products including home grown vegetables, freshly baked cakes and a range of eggs, while Oakbank Farm, situated only 32 miles away from the city centre, will have 43 products in their range including their own free range pork. Glebelands City Growers will be on board soon selling their locally grown salad leaves and herbs, whilst Helen is also in talks with local beef, venison and poultry farmers, an apple juice producer, two cheese companies, a honey company and a pasta maker.

How does it work?

The local Food Assembly website goes live with that week’s range of produce every Friday evening and closes at midnight the following Tuesday. This gives producers and growers a window of time to make, pick, pack and deliver orders to the collection point every Thursday. It’s up to you how much you buy and how often.

Do I get to meet any of the producers?

Yes. Not all of them will stay around for collection every week, but organisers will make sure that there will be a rotation of different producers hanging round every week to answer any questions about their produce. This will be an opportunity for producers to offer samples and tasters and get some feedback on possible future lines.

What do the producers get out of it?

A much better deal than they get from supermarkets. After paying a small commission to cover Food Assembly costs and admin, they get to keep 83.3% of sales – which is about twice what they’d get offered from the bigger retailers. This provides a decent return for smaller producers, many of them who sell top quality artisan products, but are too small-scale to supply larger chains.

Go to Food Assembly Manchester and sign up for free. Then you can keep checking in before the September launch to see which local farmers and producers have signed up, to give you an idea of what you can buy. 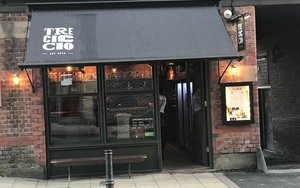 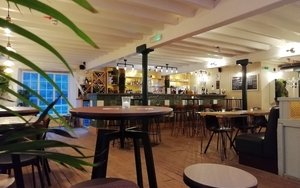 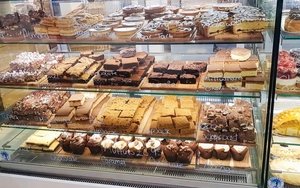 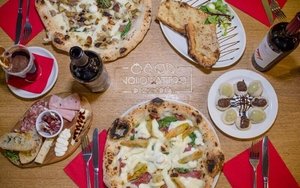