Well the timing could have been better. After discovering that its traders were not eligible for grants or business rates relief under the terms of the Chancellor’s recent coronavirus rescue package, the operators of Altrincham Market and Market House have just had their business rates increased from £31,000 to £181,000.

The notice from Trafford Council, which they received in the post at the end of last week, was backdated to March 23rd when restaurants, bars and non-essential shops were told to close as part of the government lockdown.

Nick Johnson, who runs Market Operations with his partner Jenny Thompson, revealed the news in an impassioned statement on Facebook which said; 'Denied Governments coronavirus grant support last month because the traders names weren’t on the rates bill, it seems that the Council are quite happy to ask those same traders to meet a 483%, 6 fold increase in their business rate payments.

'Some might argue it’s academic as no one is paying business rates for 12 months thanks to the Chancellor’s announcement, which is true, but the fact is that the hospitality sector has been brutally if not fatally damaged and, when this rates increase kicks in, if we’re still alive, then our chances of survival have, as a result of Trafford’s actions, been reduced to just about zero.

'Just to put this into an economic context, even before we recognise the social, community and transformational benefits over the last 6 years, Alty Market became home to over 150 employees, over 40 permanent independent businesses, generated over £1m VAT annually, over £.5m in PAYE, fed and watered 10-12,000 people per week and is home to some of the North West’s greatest talented makers and producers.'

The award winning Market Operations were responsible for reinvigorating the centuries-old market, which has turned the fortunes of Altrincham town centre around and inspired many new businesses to open in the area. Ten years ago Altrincham was mainly full of pound shops and charity shops. Altrincham was recently named by The Sunday Times as the best place to live in the country.

The rates bill will have to be split between the permanent traders who operate from Market House, which include Honest Crust pizza, Reserve Wines, and the Great North Pie Co – all of whom have had to transform their business models to online orders in recent weeks. Jenny Thompson has been busy packing up veg boxes, taking email orders and laying out social distancing measures in an attempt to keep the outdoor traders such as Lovingly Artisan, Plucky Pickle and Whites Fruit & Veg in business.

'Previous rateable assessments were based on the premises being a ‘Market and Premises.’ The market will have the opportunity to appeal the rateable value with the Valuation Office.'

Nick Johnson, who has a background in commercial property, having worked with property development company Urban Splash for a number of years, went on to say; 'One of the reasons why high streets have struggled and failed is because of business rates. It’s the age-old property tax that people who operate face-to-face in real time pay and those that trade online do not. Business rates are arcane, they are unfair, they have failed to move with the times, they are on the Government’s ‘too difficult to-do list.’

He rounds off the post by asking local residents and supporters of Altrincham Market to put some pressure on Trafford Council 'to actually try and help, not hinder, all those magnificent independent traders that have made their own invaluable contribution to making Altrincham the best place to live in the Country.'

MP Sir Graham Brady has recently said that he supports the appeal by Altrincham Market and will encourage the council to do the same. 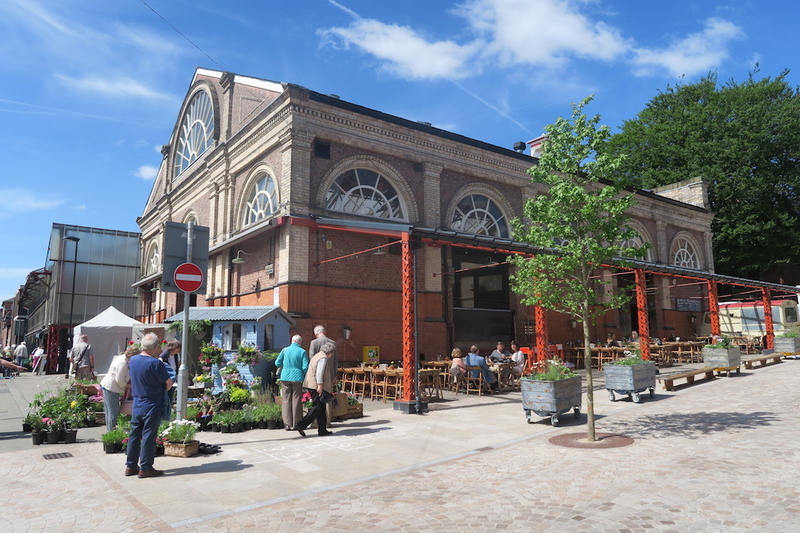 Gordo looks at the figures in more detail

Turning Altrincham Market into a ‘food hall’ was a clever idea, particularly with the benefit of the help that Trafford Borough Council gave Market Operations the sweetest of sweetheart deals to allow them to take the site over.

Nick Johnson and Jenny Thompson have done an excellent job; for the town, trader/tenants and themselves. So much so they have been able to go on and open the larger Mackie Mayor in Manchester and Picturedrome in Macclesfield.

Now the pair have launched a pretty hefty broadside at the council because of the reassessment of the rateable value from just a ‘Market and Premises’ to a ‘Food Court, Market and Premises.’ They argue 'our chances of survival are just about zero.'

Pretty emotive stuff. But just how damaging is this rise? They were previously paying £31,000 a year in business rates and passing this off to a minimum of ten smaller traders inside the building. It could be amortised by further sharing across the traders outside in the covered area but let’s do the sums on the ten traders.

Nick has quoted that over 12,000 people eat and drink there each week. It is a phenomenon. The average customer will spend a minimum £20 per visit (because they are charging restaurant prices). That means a turnover is in the region of £240,000 weekly, or £12.5 million annually.

Each trader therefore generates business of around £24,000 each week. And Market Operations charge those traders £59.60 towards those business rates. The new valuation would mean each trader paying £348 per week. This business actually doesn’t have to start paying those rates until next March.

Many other restaurants and businesses in the town would say that was still well below what they are paying. Market Operations, the landlords to these traders, say 'the traders are almost in tears' and that '…existence is marginal at the best of times.'

For Market Operations, paying rates of £181,000 out of a turnover of £12.4 million is just 1.5% of their income. Some might even suggest they thank Trafford Borough Council for the opportunity, whilst pledging support for their tenants by absorbing that 1.5% for a couple of years and ensuring their survival? Surely it’s time for these landlords to do their bit?

Read: An insider’s guide to eating and drinking in Altrincham