Video - Would you climb 100ft for a decent scone?

Confidential enjoys a high tea with a difference at the Etihad

If your newsfeed is anything like ours, you might have already come across images of ‘Events in the Sky’ and their 22-seat dining table suspended by a crane high into the air from previous events they've done in the capital.

Yesterday, it made its way to the North West for the very first time, thanks to Cheshire-based Roberts Bakery, who hosted a very special high tea to promote their recent rebrand which celebrates the company’s 130 years of baking history and knowhow.

To launch a few of their brand new products, the fourth generation, family-run bakery invited a number of journalists, bloggers and competition winners to Manchester City’s Etihad Stadium to enjoy a carb-fuelled dining experience with a difference. For one day only, guests at Manchester’s most open air restaurant were able to take in sensational scenic views over the East of the city. 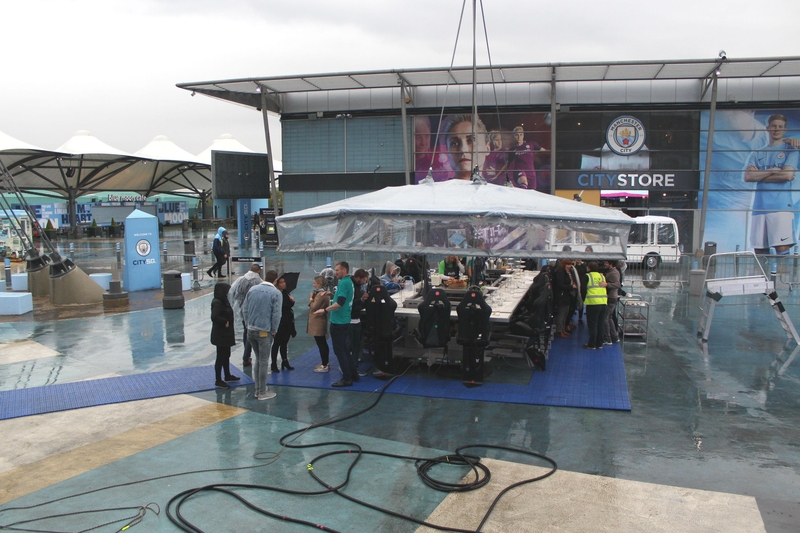 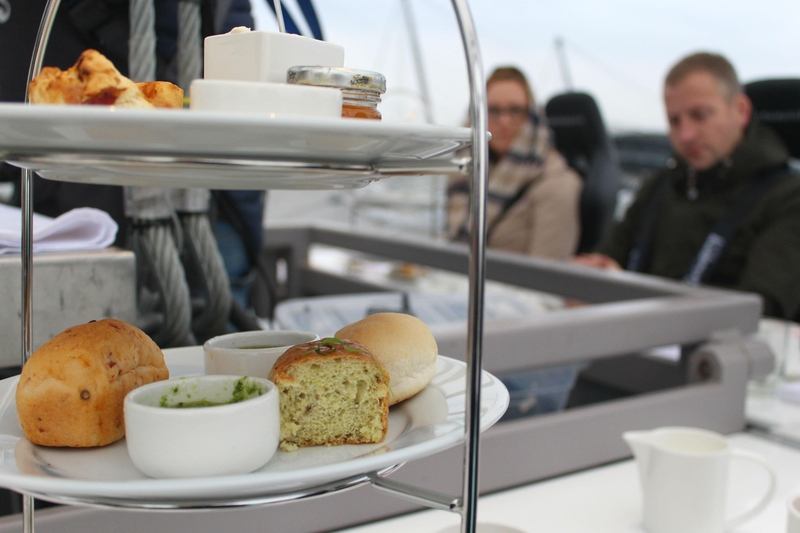 Stuart Spencer-Calnan, Managing Director of Roberts, said: “It’s a hugely exciting time for us as a brand and what better way to bring our fresh new positioning and sensational new products to life than with an afternoon tea party in the sky?”

So after a safety briefing (“try not to drop your phones/plates/glassware” etc.) and a swift glass of Prosecco to steady the nerves, guests were securely fastened into grown up versions of toddler car seats.  The journey up is pretty smooth, obviously they want to avoid any jerky, stomach churning movements to ruin your appetite.

Once the table reaches 100ft, the gourmet experience begins like any good Northern experience should – with a cup of tea. For miles around, all we could see was blue – but this was more to do with City’s ground rather than the sky, because it was utterly peeing it down outside. The table had a roof though, so well-wrapped up guests stayed dry. The trick was not to drink too much tea during the half hour you were up there, because toilets are quite literally a no-go. 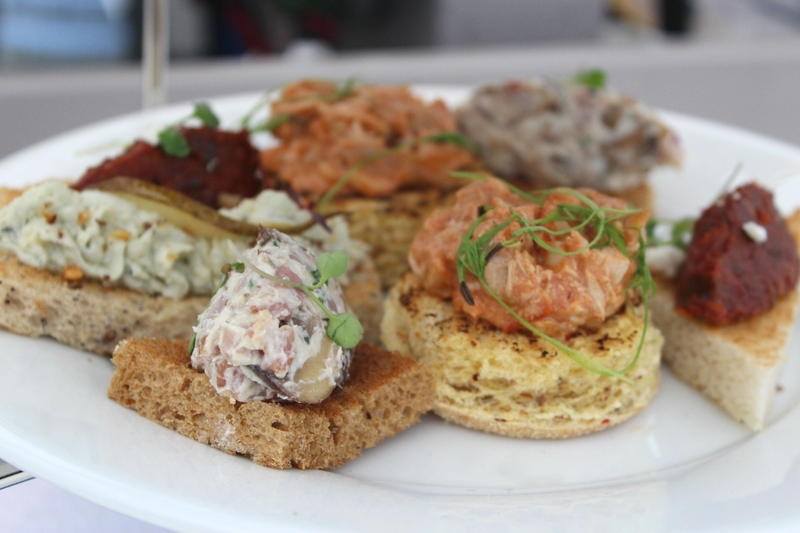 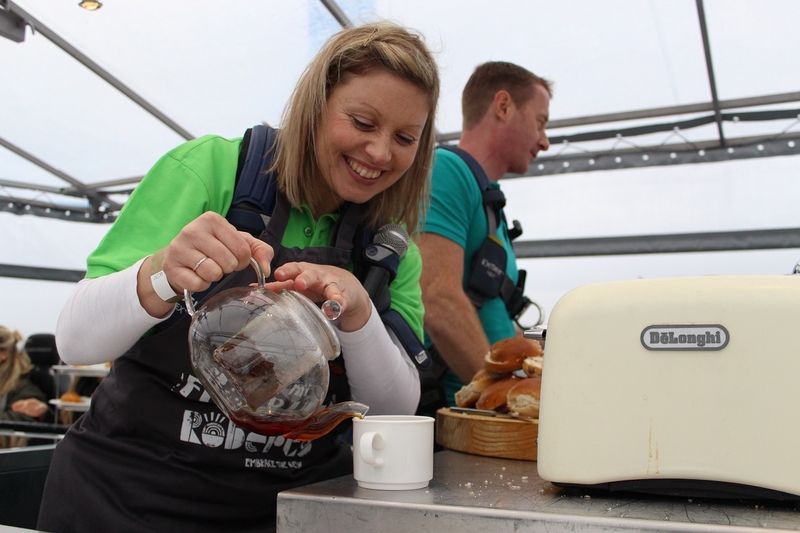 Thirty minutes of sipping, scoffing, snapping and scenic views began with various toppings on Robert’s new ‘modern artisan’ bloomers and fiery corn rolls such as stilton and walnut and peri peri chicken. They also threw in a few experimental mini loaves in various flavours including red pesto and peppercorn, courgette, mushroom and turmeric and bijou white with a secret centre of creamy camembert and rose jelly. For the altitudinous pop up, Robert’s team of chefs also invented some sticky toffee scones with clotted cream.

The highlight for most seemed to be Robert’s new boozy baked gin and tonic fun buns which are like pimped up tea cakes. Apparently the dough has been infused with gin. The alcohol burns off during the baking leaving behind a faint trace of floral aromatics and botanical flavours. Anyway, try them for yourselves; they’re available in various supermarkets.