What do you do when you’re a Sicilian in Manchester, you can’t find a decent place for Aperitivo (AKA wine and nibbles) and your family happen to own a big old vineyard? You open your own wine bar, of course. Which is exactly what Nino Caruso did in 2013. Now with eight offshoots all over the UK - and new ones pouring soon - you could say it went well.

Sicilian wine is still a relatively unexplored territory in the UK. So we decided to get together with Veeno Manchester’s General Manager John Morris for a multi-part series exploring some of the wonderful grape varieties of Sicily. Whether you’re a curious wine novice or a seasoned swirl, sniff and sipper, we hope it inspires you to get swillin’ Sicilian.

This month’s grape is Zibibbo: ‘The wine of love.'

If you’ve never heard of Zibibbo, you might know it by its other name ‘Muscat of Alexandria’ (it’s also - believe it or not - sometimes known as ‘Gordo’). It is considered an ancient vine (just like our Gordo) and is one of the oldest non-genetically-modified grapes still in existence.

Why is it the wine of love?

Well, although it is popular in Sicily and originated in North Africa, the Greek isles of Lemnos and Samnos in the Northern Aegean are most famous for the early cultivation of this grape. Apparently it was a favourite of Aphrodite, the Greek goddess of love.

Interestingly, John didn’t drink wine before he began working at Veeno, but given the chance to explore many different wines through his work, he realised that he just hadn’t been drinking the right stuff. Zibibbo was one of the first wines that he tried and fell in love with. 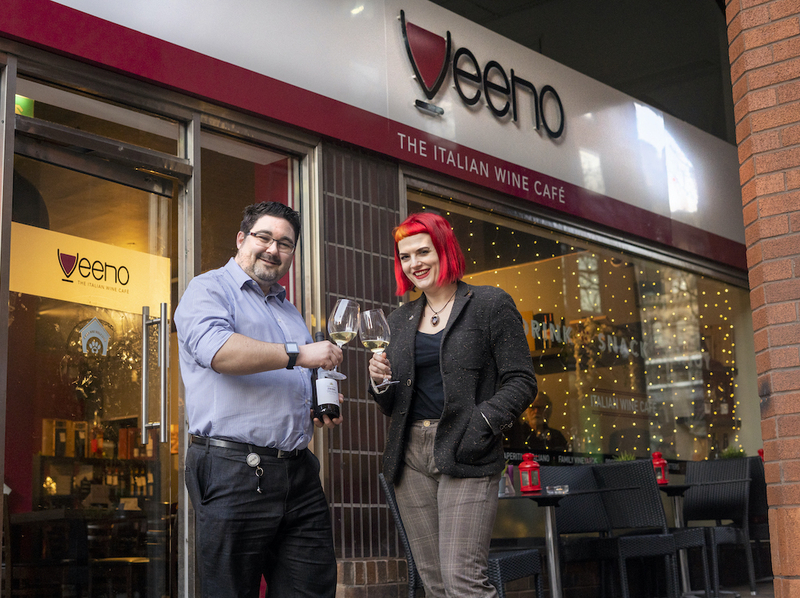 You’ll see the words Terra De Giumara, meaning ‘The land of the palm.’ When Sicily was under North African rule, palm trees were planted on the island. The palm oil that seeps out of the trees growing nearby enriches the soil which in turn enriches the vines and positively enhances the resulting wines.

At Veeno, white and rose wines are served at 12 degrees. It’s a common misconception that all white wine should be served ice cold. However, the nuances and complexities in the flavour of many white wines won’t be as pronounced if served too cold.

It goes beautifully with Montasio cheese from the North of Italy. Known as mountain cheese, this has a slightly nutty flavour, not a million miles away from a mild cheddar. A touch of saltiness in the cheese amplifies the fruity flavours.

Tempted to try it?

As a special offer for Man Con readers at Veeno, you can buy two glasses of Zibbibo and get the rest of the bottle free for the whole of February - excluding Valentine’s Day. Just mention to your server that you read about it on our site.