What's behind the crumbling façades of some of Manchester's abandoned buildings?

Rows of empty velvet seats, heavy curtains gathering plumes of dust, paint flaking from walls and cobwebs spidering the ceiling. It may sound like the opening scene of a horror movie, but behind the closed doors of Manchester's derelict buildings such stark scenes are a reality.

Many formerly grand buildings now house nothing but nesting birds and groups of squatters, who have formed their own community and live among the ruins like a fully sized version of The Borrowers. Elsewhere more recently closed buildings are starting to show the early signs of neglect and residents are urging developers not to let them suffer the same sad fate.

We open the creaking doors and pull back the dusty curtains on some of the city's abandoned spaces...

Can there actually be anything as goose pimple inducing as an abandoned Edwardian music hall? Hulme Hippodrome’s peeling paint, ripped stage curtain dangling dejectedly over an empty orchestra pit and rows of seats empty for decades certainly conjures up past ghosts metaphorically if not literally.

Once a dramatic riot of swirling, gilded baroque features with a sensational auditorium, today it is in such disrepair it has been condemned. In the hippodrome's sixties heyday, acts such as The Beatles and Nina Simone performed on stage.

It became a bingo hall from the mid-1970's until its closure in 1986. The Floral Hall adjacent to the main theatre was then used as a snooker hall. In 2003 it was snapped up by evangelist group Gilbert Deya Ministries but it was operating from the foyer only, which left the auditorium vacant and deteriorating. In 2017 the council served the owner with a Dangerous Buildings Notice and closed the building down. It was later inhabited by a group of squatters who took their chances living under its unsafe roof until they were moved on.

Hulme Hippodrome has just been named as one of the ten most endangered buildings in the country by the Victorian Society. 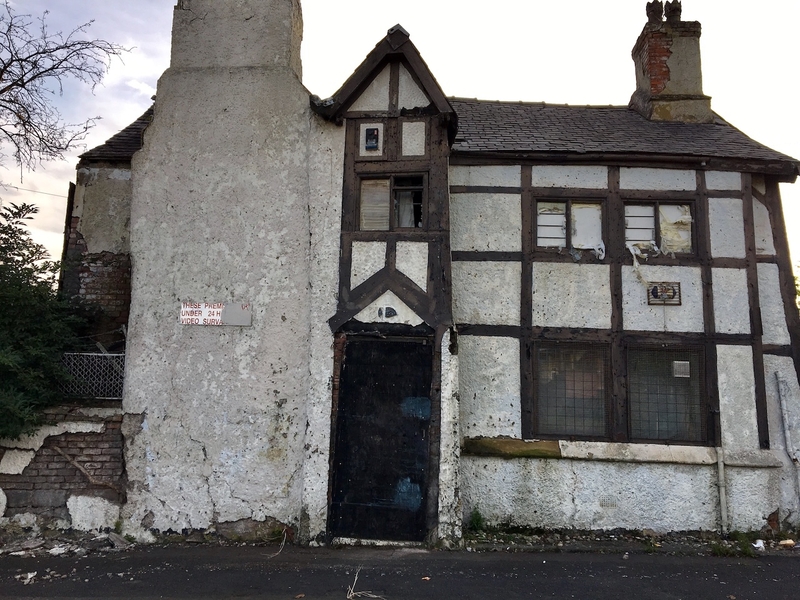 Rotting timber, crumbling brick work and smashed windows, left untouched and in the exact same state for over a decade. Known as the ‘Marie-Celeste’ building of Moston - Hough Hall is crumbling in to oblivion with a real life unsolved mystery at its centre.

The early 17th century Hough Hall is listed because of its gables, wooden walls and its wattle and daub construction, yet it has been left to gradually decay and at some stage it is rumoured to have been used as a drugs den.

For 12 years the building has been left empty while nobody knows what actually happened to the couple who bought the ancient hall back in 2005. Roger Barnard and Heather Mawhinney took on Hough Hall with zeal and had ambitious plans for it, holding open days to show off their ancient home. Less than two years later, they put the house up for sale for £200,000 and disappeared with some belongings still remaining inside.

It is believed that they may still own it and that Roger may still live in the area but pleas for him to come forward have been unanswered. For now it remains a sad and intriguing tale of woeful neglect and mystery... 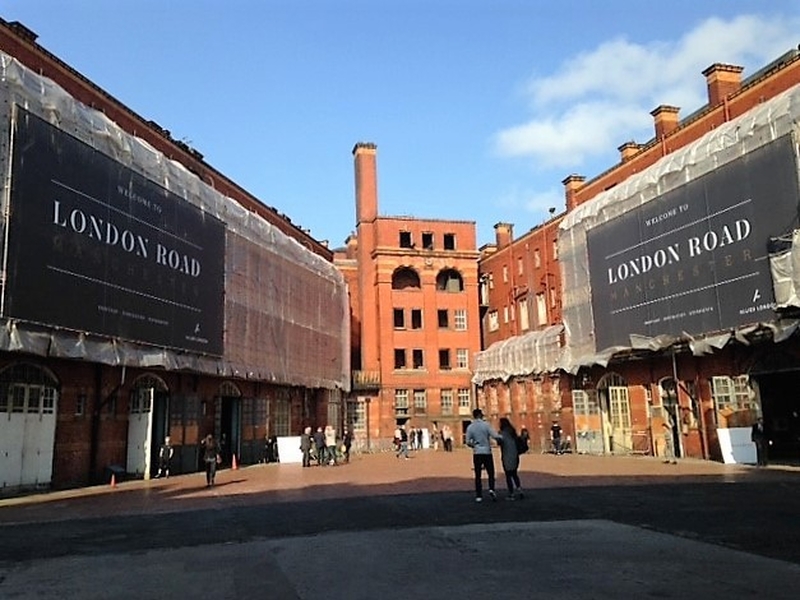 Deserted dormitories with peeling wallpaper flaking from the walls, crumbling club rooms and training areas ringing not with alarms but with an eerie, palpable silence. The once busy Victorian red brick and terracotta London Road Fire Station, opened in 1906, and was granted listed building status in 1974.

But it closed its doors 30 years ago and remained completely empty and unused for decades. Sadly, it was allowed to fall in to steady decline and such was its state of disrepair it was placed on English Heritage's At Risk register in 2001.

It was bought by developer Allied London in 2015 and planning permission was granted to include a hotel and spa, restaurants, bars, flats and offices. Work began last year with plans for it to be finished summer 2019 but as yet the Fire Station has failed to re-open its doors and work on the building appears to have stopped. Read more here. 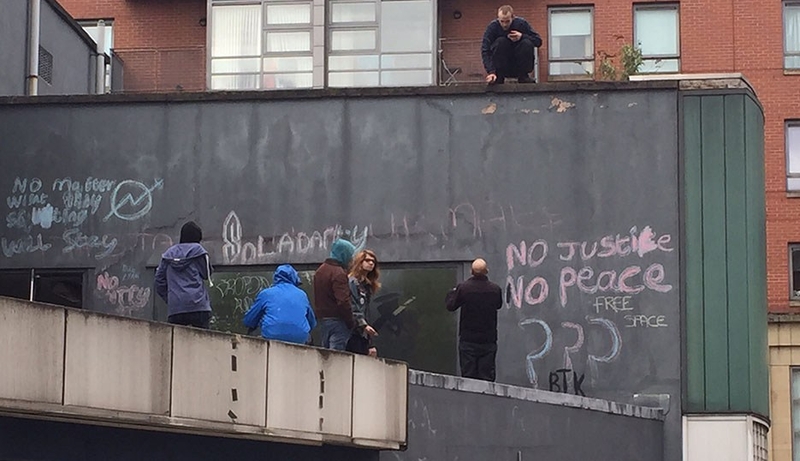 Described by a long-term employee as the "beating heart of popular culture” and often the first building to premier cult movies or exhibit iconic work, The Corner House opened in 1985 and closed its doors in 2015. Almost a victim of its own success, it could no longer cope with the 500,000 visitors a year it attracted and needed ‘continuous, costly maintenance.’

Staff moved instead to the expansive Home venue on First Street while The Corner House remained vacant. Now four years have passed and the formerly loved space is starting to show the tell-tale signs of neglect.

A group of squatters even moved in and started displaying their own art work within its walls before being moved on. People have taken to social media urging for The Corner House to be brought to life again with several suggesting it could be used as studio space. 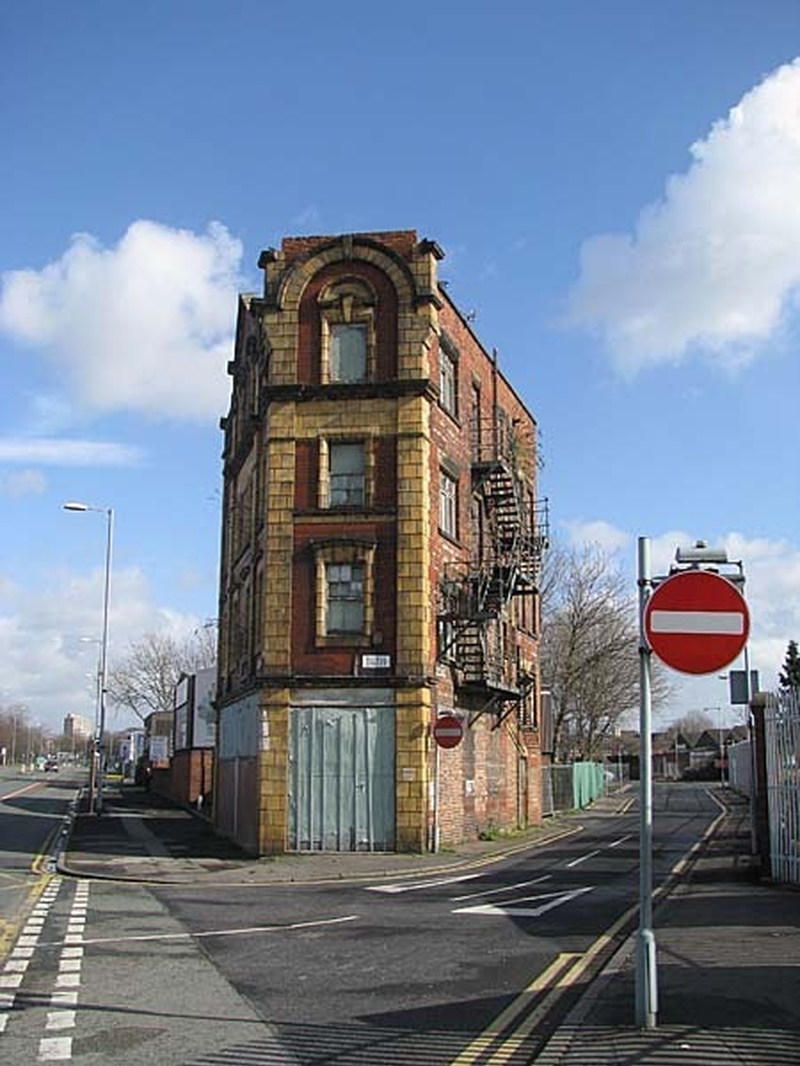 It looks like developers are finally offering this one a lifeline. Solitarily standing on the corner of Rochdale Road on Sudell Street one building has remained abandoned and alone for years. Identified as part of Alexandra Place or The Dwellings, it has remained while old photographs show the rest of the Victorian dwellings have disappeared.

It has been described online as an ‘aloof’ and a ‘graceful’ building. Even when it has sported trees growing out of its walls. The good news is it is currently covered in scaffolding and sporting a sold sign ready to be regenerated.