Umami on a plate meets umami in a glass

SOARING up in the Urbis lift to The Rabbit In The Moon is like a journey into a parallel universe. The remarkable cuisine that awaits you wears its Japanese influences proudly. So why not add another dimension to the offering by partnering head chef John Granaghan’s tasting menu with a fascinating array of sakes?

A one-off dinner on Friday, June 8, offers a rare chance to explore the arcane delights of Japan’s national tipple with dishes that really do them justice. Umami on the plate meets umami in a glass and there to guide you through the various styles will be the two leading UK sake experts who devised the matches – Sarah Wedgebury of Sam Sake http://www.samsake.com and Stuart Turner of Sushi Sushi.  https://www.sushisushi.co.uk 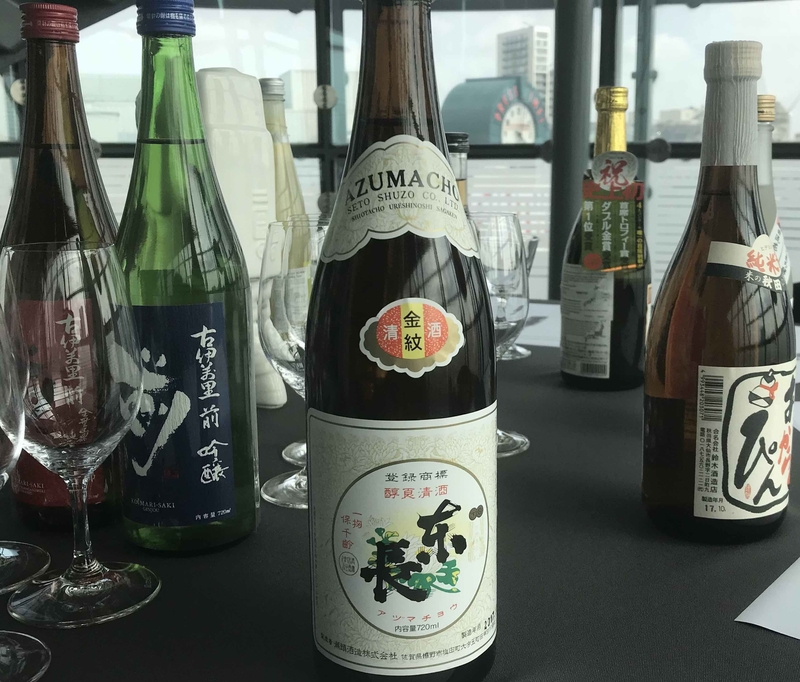 The tasting in the panoramic dining room is a revelation. So much variety, subtlety and length from a drink easily dismissed as rice wine/spirit. Which it isn’t. The fermentation process is more akin to beer’s (see So What Is Sake? below) but the taste is far removed.

Following the template for Friday, we open and close with sparkling sakes. The aperitif Hideyoshi from a 300-year-old brewery is soft, peachy and almondy, while the petits fours partner, Bijofu Yuzu Schwa, bursting with sweet citrus. The back story? It’s brewed using subterranean water from the Nahari river after it has flown through the forest from Mt Jinkichigamori. This crystal clear water releases the delicious fragrance of yuzu.

So what is sake?

A fermented beverage made from rice, which is made up of starch. In sake production  a fungus called “Koji-kin” is essential to break down the starch into the smaller fermentable sugars which yeast can work on to produce alcohol.

That’s the route to basic table sake (with various allowed enhancements). The various quality levels which premium sake aspires to depend on mechanically ‘polishing’ the rice down to 50 per cent of its original size, losing the bran husk and unleashing all that complexity. The various styles from Junmai via Ginjo to the highest quality Daiginjo ard all governed by strict rules guaranteeing purity. For a full breakdown visit Sam Sake’s informative website.

Not every sake has so exotic a narrative but each boasts an individual character all of its own. Take our stand-out, Azumacho Honjozo ‘Kinmon’, from a rural brewery dating back to 1789. It has been chosen to accompany hot and sour beef soup with Scottish langoustine and sesame toast and brings to the table a bewildering complexity of notes (dried figs, cloves, cinnamon on the nose, banana bread and marzipan on the palate) plus a beguiling drinkability.

A similar initial sweetness assails you from  Amarakapan Junmai ‘Sweet and Dry’, the match for scallops, XO sauce and duck tongues, then in the mouth it is bone dry with a fleeting hint of umami. reminiscent of some aged sherries.

So nothing to fear, so much to gain from booking this dinner, where a true TRiTM signature dish, fillet of beef, black bean sauce, nasi goreng rice, salt and pepper prawn (topped with a golden disc of egg yolk) is paired with the least complex of the sakes, a fragrant melony, easy-drinking Futsu-shu (table sake). The wonder of which sums up this Magical Sake Mystery Tour around the Moon. 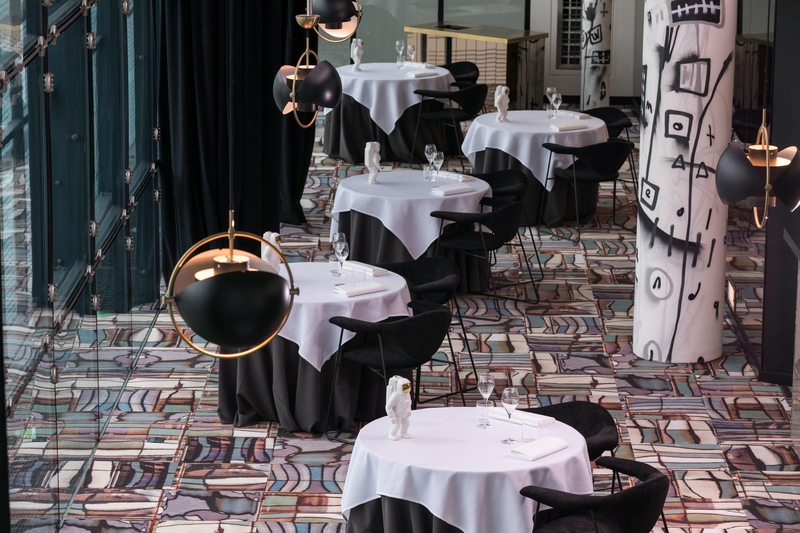 Going OUT out: An A-Z of outdoor dining and drinking in MCR
Read Next
● / Eating Out