From sushi to squid, seafood is the flavour of the month for our team

WHETHER they’ve been tightening their belts financially after the festive spree or trying to keep the old waistline from expanding further, fish and shellfish has found its way into more than one of our favourite dishes as we get the year under way. 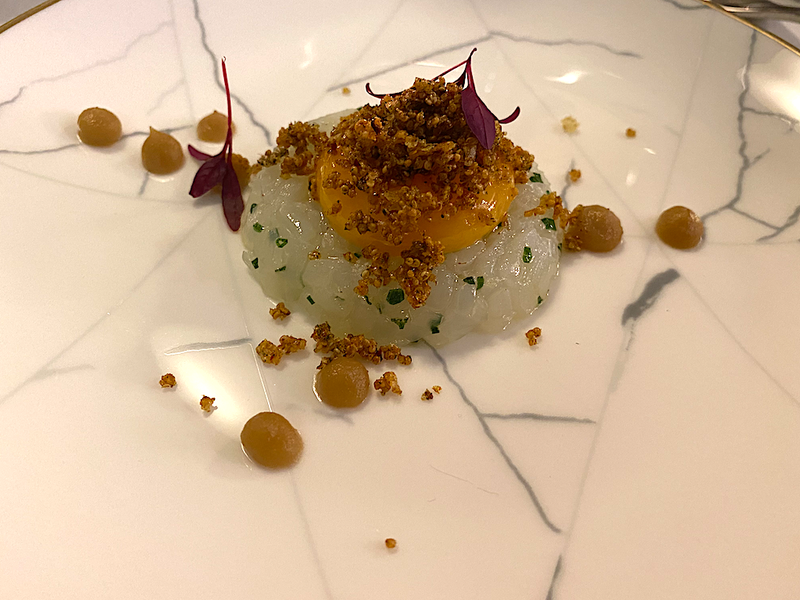 I can’t be the only person who tried and failed to do both Dry January and Veganuary this year. It was going so well until, halfway through the month, an invitation to a special event at Tast dropped into my inbox like a lottery win just after ordination into a Buddhist monastery. An evening of dishes cooked by Tast-master Paco Perez (is it five or six stars his restaurants have now?) and his pal, Paolo Casagrande of the three-star Lasarte in Barcelona – whose surname amusingly translates as ‘big house’ or, as Gordo rephrased it when I pointed this out: “Billy Big Bollocks.” With Catalan food being all about the spoils of sea and mountain, I couldn’t bear to miss out. It turned out to be not only the best meal of 2020 so far (not hard, sorry lentils), but one that will be very difficult to beat all year. The standout course for me was the Lasarte squid tartare, egg yolk, onion and kefir consommé. It actually rendered both Gordo and me speechless which, well, you know… Even though it’s my job to find ever more inventive ways to describe food, I feel any attempt would be like Tinky Winky trying to articulate the genius of Dali. Tast is one of the top restaurants in Manchester at the best of times, but keep an eye out for more of these guest chef events coming up. Kelly Bishop 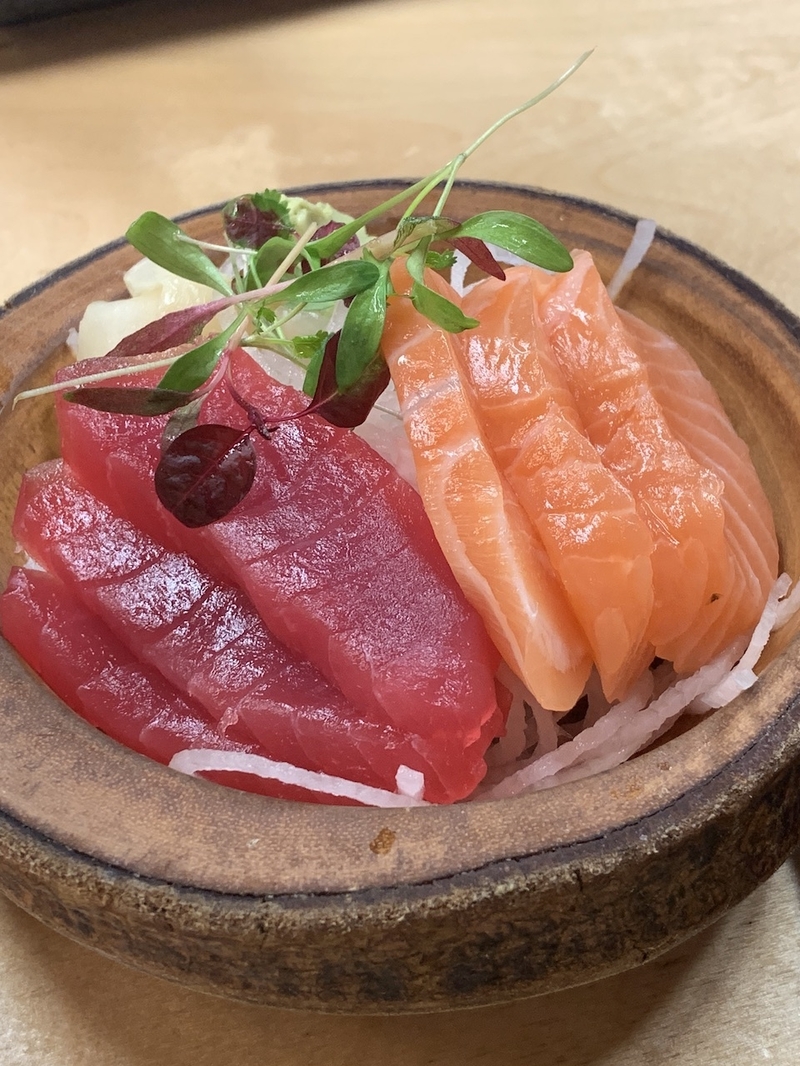 Thanks to recent excesses (and having a little trouble buttoning up my winter coat), I’ve had to cut right back on eating out this month, so I’ve been looking at ways to have the most fun for the least calories. Japanese restaurants usually have a few tricks; after all, they were the ones who identified umami – the ‘fifth taste,’ which provides the satisfying savoury base notes found in things like miso soup, soy sauce and even gravy.

It’s been all about the protein, so I popped into the tiny four-table Zumu Sushi in Wilmslow for a bowl of miso soup and some sashimi. Slices of raw salmon and tuna sounds easy enough to bang out, but don’t be fooled, sashimi is apparently one of the most difficult techniques a sushi chef can master. Understanding the different characteristics of different parts of various fish and slicing the tender flesh into regular-sized pieces takes a particular set of skills. I can’t claim to know the comparative skill levels of the Zumu chefs, but I do know that the salmon was fresh, silky and satisfying, and made me so happy I didn’t go back to my default setting of dreaming about puddings and pies for at least a whole hour afterwards. I understand the same company are now doing the food at Dive NQ, which makes it easier to pop over for a sashimi fix in town. Deanna Thomas 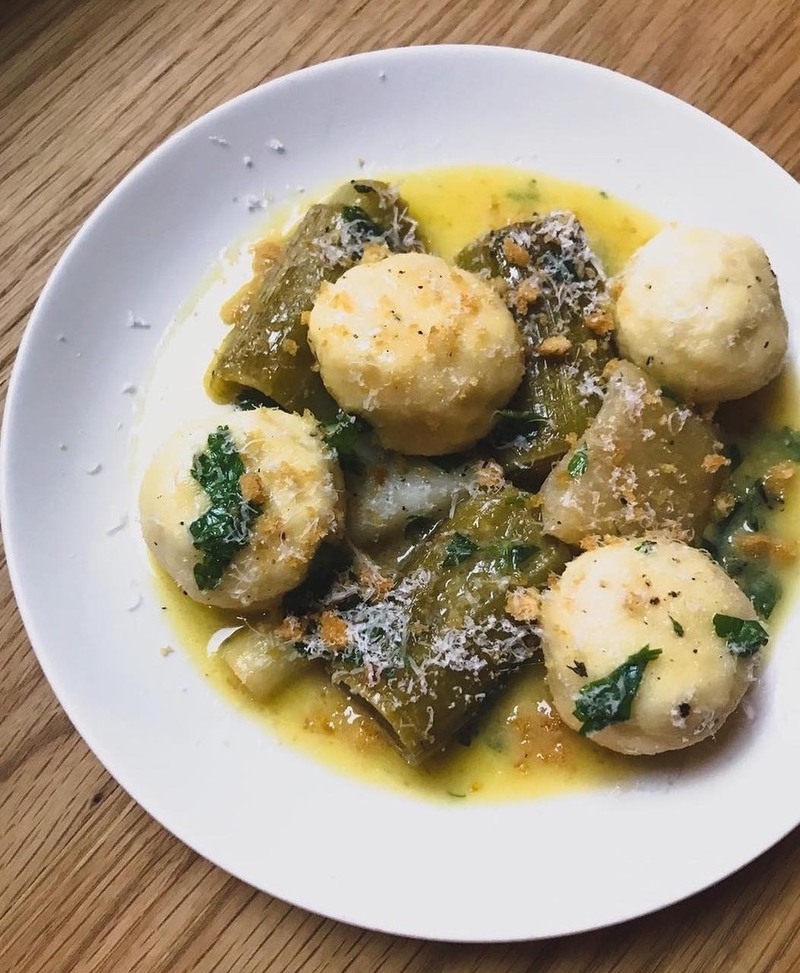 Nudie, Nduja, Gnudi – an unholy trinity of near nudity. No problem with the first. It refers to those rhinestone encrusted suits tailored by Nudie Cohen for the likes of Elvis, Cher, Johnny Cash and countless country stars. But the other two I’ve Googled more than once. Nduja is that spreadable Italian pork sausage slapped on pizzas to add serious spice, while Gnudi (‘naked’ apparently in Tuscan patois) are cherubic cheesy dumplings. As it happens, the look that can accompany an ill-fitting Nudie suit. I last ate Gnudi at The Spotted Pig in Greenwich Village, New York’s version of Ancoats, where these little balls of fresh ricotta rolled in semolina flour are never allowed off the menu. Lina Stores in our own Soho blends spinach into the ricotta. You treat them like their heavier potato-based cousins, Gnocchi. Slide gently into water at a rolling boil and as they float to the surface scoop them out and dress them with butter, maybe a scattering of sage. They are fiddly to make. In her book, The Girl and Her Pig, chef/patron April Bloomfield laments: “It’s been seven years of sheer hell making these little things.” Erst chef Patrick Withington pairs them with braised leeks in an aromatic broth with thyme, Parmesan and breadcrumbs… and still they retain their fluffiness beautifully. Neil Sowerby 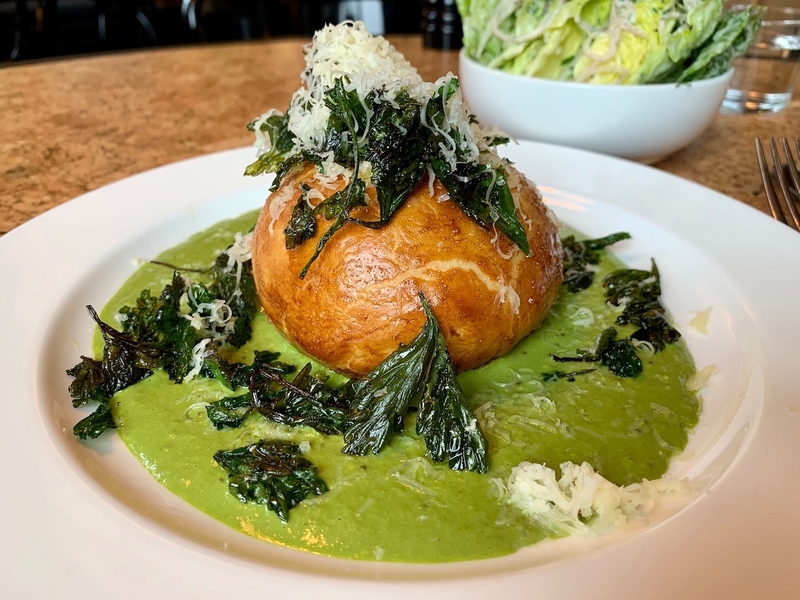 Gordo had decided not to bother with Veganuary. But the fat one still found himself falling in love in ‘The Great Hall of the Woke’ Cultureplex; or more accurately, the attached restaurant, Bistrotheque. Gordo was staring at an ostrich-egg sized pie with the same trepidation as John Hurt did in the movie Alien, staring at that iconic throbbing egg as it started to bloom. Fortunately, the potato & Comté pie with green mustard sauce didn’t go for Gordo with the same determination or the startling eviscerating alacrity as the baby alien did in the movie. Gordo took his time about tackling this Escoffier-pie-as-artwork, slicing it in tranches as you would a suet pudding; it is filled with tightly packed meltingly moist baked potato shavings, with a filling of hot, oozing Comté cheese. Bloody hell, it was good. The green sauce could only have been bettered by The Hairy Biker’s steak and kidney gravy. However, that would not have been appropriate given the V tag. Banging. Great Fun. Gordo 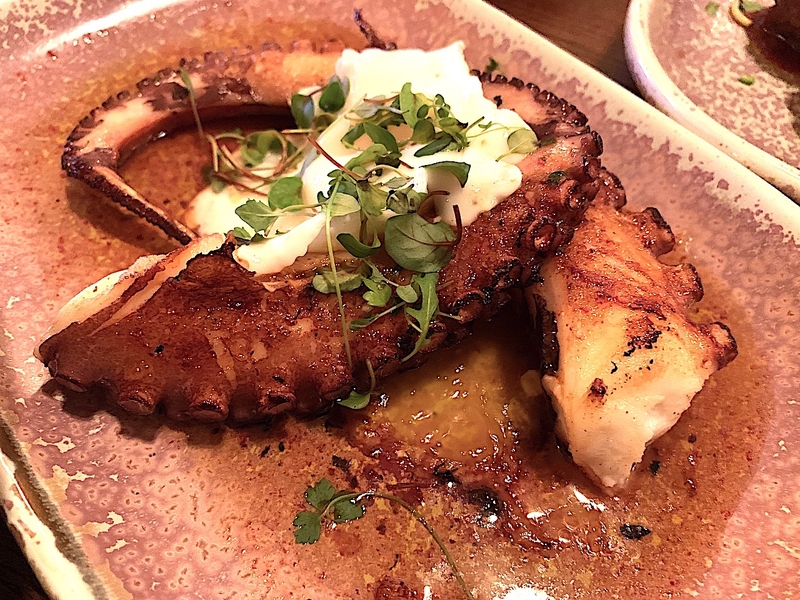 I recently went to Rochdale town centre for a meal. That hasn’t been said much of late. However, with Bombay Brew, Ben Boothman has come up with a winning formula of mixing East and West in a fine old building on Drake Street. There are some real surprises on the menu. The most striking dish visually is now one of my new favourite Greater Manchester meals. It’s on the small plates list but isn’t very small at all. This is the octopus in masala butter topped with a lightly poached egg. I can’t actually recall coming across that combination before and didn’t think it would work. But it did, perfectly, but then why wouldn’t it work for me? I adore seafood and probably put away a minimum of four eggs a day. Poached is my current favourite presentation too. The masala sauce here is background, a gentle addition. The octopus was spectacular. Get on the train from Victoria and try it out; there's more here if you need further convincing. Jonathan Schofield 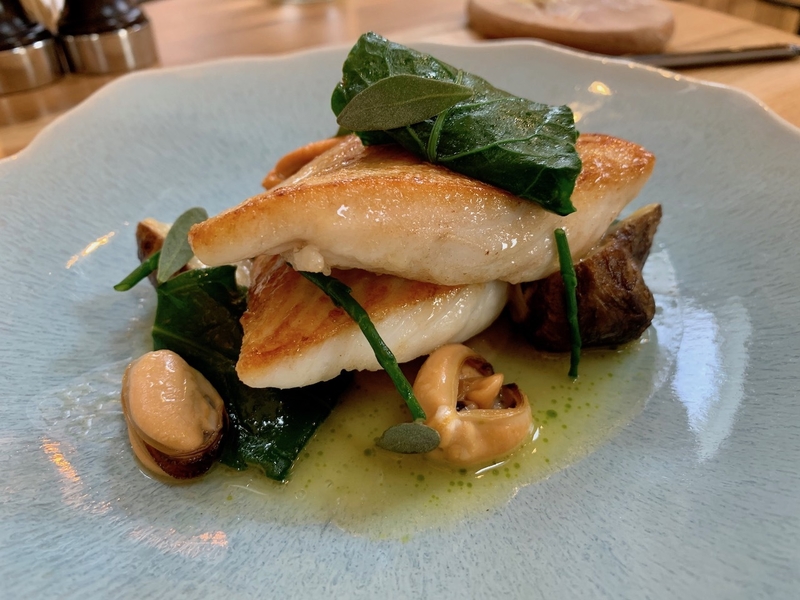 Take a dish that Gordo had there last week. The turbot was cooked to within a second of perfection. Moist, translucent in the middle, crispy on the outside, a good couple of thick, generous tranches lying on an artichoke purée and flanked by roasted artichokes, fat feral mussels scattered over, with sea veg and a seafood sauce. This was a better fish dish than Gordo had eaten a week previously at the Michelin three star Guy Savoy restaurant in Paris. And that was a whopping £120!

'Good-looking without excessive fandango' - Homage at WOOD, Manchester, reviewed
What you say
Read Next
● / Dinner