You’d have to have spent the last few weeks in a cryogenic chamber to avoid talk of veganism. It’s everywhere. Even the high street chains have started to introduce plant-based burgers, meat-free chicken substitutes and vegan pastry products.

More and more people are making the decision to go vegan and the number of Brits turning to a plant-based diet is growing at a startling rate. According to a survey by finder.com, the number of vegans in the UK is set to skyrocket by 327% by 2020, meaning that 12 million Brits will be meat-free by the end of this year.

But, although many joined in with Veganuary and gave up animal products for the first 31 days of the year, there are many who have decided not to take it any further. Many people would prefer to simply reduce their meat consumption rather than give it up entirely.

So if you’re looking for quality over quantity, here’s where to go for the best meat dishes in Manchester - morning, noon or night. 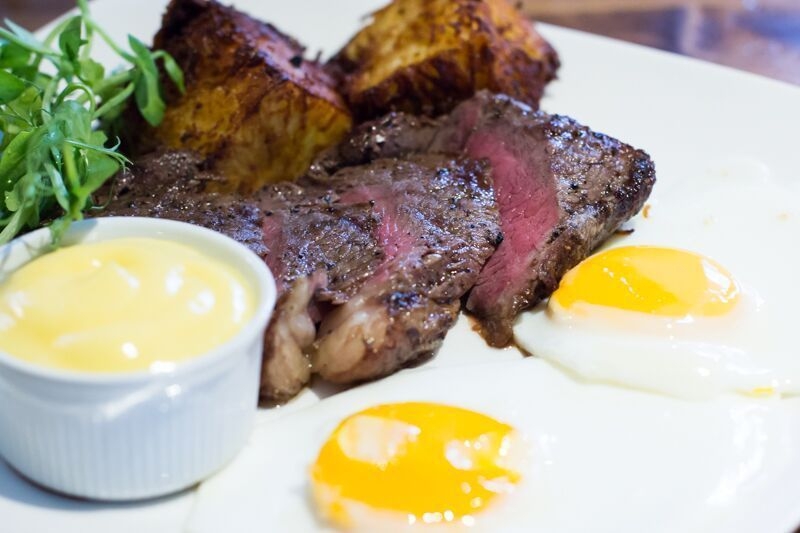 Steak and eggs is a bona fide NASA astronaut's breakfast, first served to Alan Shepard before his flight on 5th May 1961. It’s a high protein morning alternative to cereal and Pen and Pencil serve one of the best in town. P & P reckon they were the ones to introduce Manchester to the first bottomless brunch concept and they still get people queuing round the block every weekend. Their classic brunch menu includes a 6oz marinated rump steak with hash browns and fried eggs with hollandaise sauce for £10. 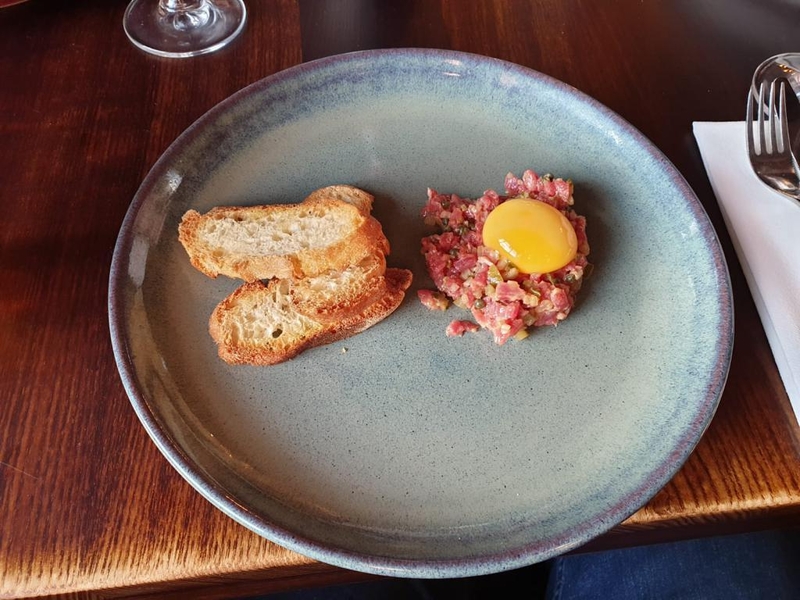 If you haven’t tried it, this is not as strange and indigestible as you might imagine. Steak tartare is a classic and quite delicate dish – although it had humble beginnings in Slavic regions when the Tatars had a tradition of mincing tough meat to make it edible and then mixing it with eggs. It has now evolved in to a popular meat dish, usually served as a starter. The classic beef tartare at San Carlo (£13.95) features raw chopped Aberdeen fillet of beef with shallots, capers, olive oil, French mustard and lemon juice – but they also offer a tuna version if you prefer (£10.95.) The restaurant at CUTUREPLEX by Piccadilly train station also serves a great steak tartare (£11). Highly recommended. 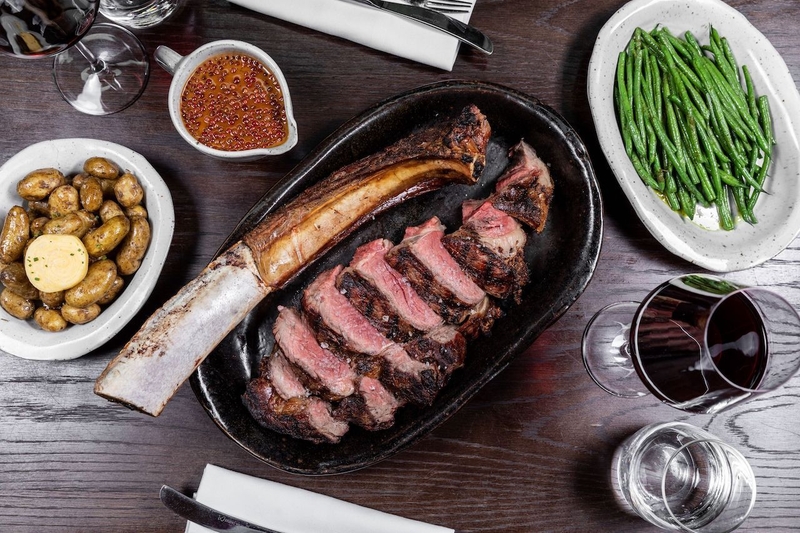 Wood in First Street is usually packed to the rafters on Tuesdays with carnivores wanting to get their paws on the weekly special ‘Tomahawk Tuesday’ offer. Sharing is caring, so you and a friend can treat yourselves to a huge, juicy, bone-in ribeye steak, perfectly charred at the edges and pink in the middle for £50, including sides and sauces for two. 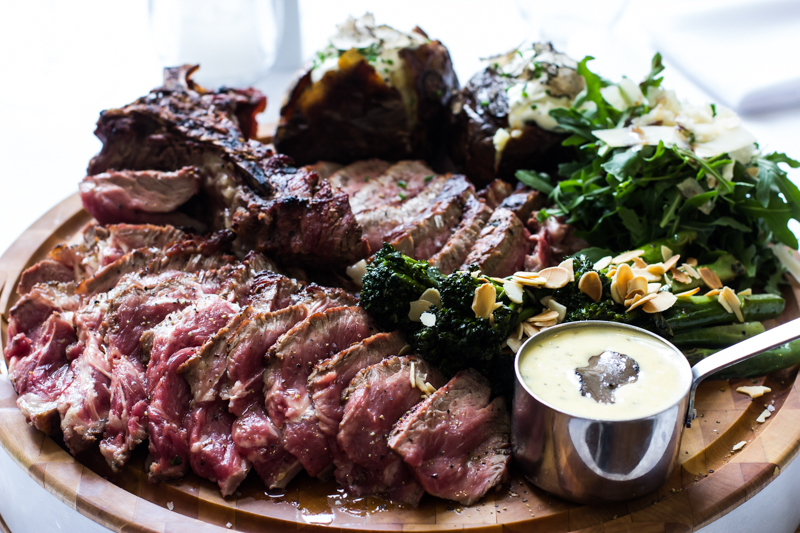 Arguably the most expensive steak in the city, Rosso’s Fiorentina Di Chianina is a giant beast of a Tuscan steak that’ll feed two to three people. Half sirloin and half fillet, the steak is served carved on a board and served with baked potatoes topped with soured cream and freshly shaven truffle, roasted tender stem broccoli, almonds, and your choice of sauce. You're advised to contact Rosso ahead of your visit to guarantee availability. 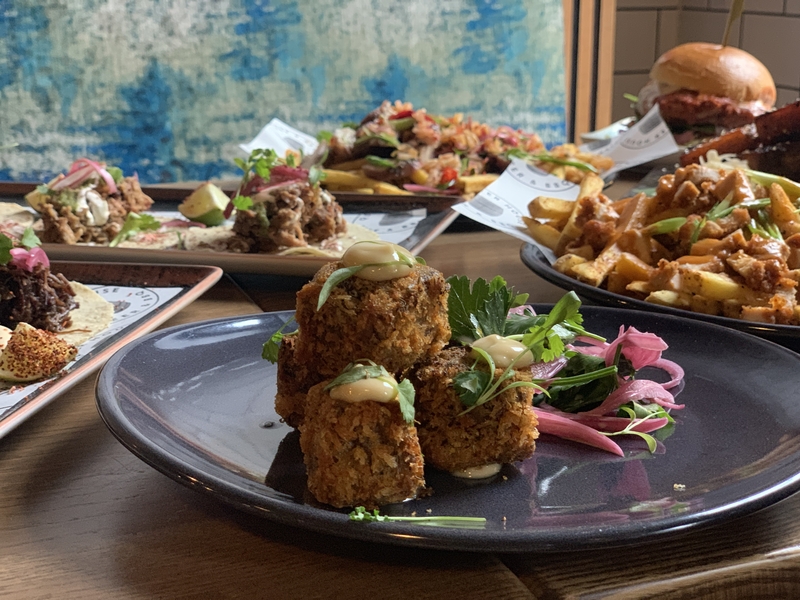 Jason Latham, the North West’s multi award winning BBQ chef, heads up the kitchens of Quarter House in Stephenson Square and he takes his meat very seriously. They specialise in ‘fire roasts’ thanks to a uniquely made rack, which infuses a special smoky BBQ magic. Their signature dish is aged beef brisket, smoked for 12 hours, rubbed in mustard, rosemary, plenty of black pepper and Maldon salt (£15). This is served with buttered charred greens, cauli cheese bake, garlic and rosemary beef dripping potatoes, rich meat gravy and Yorkshire pudding. 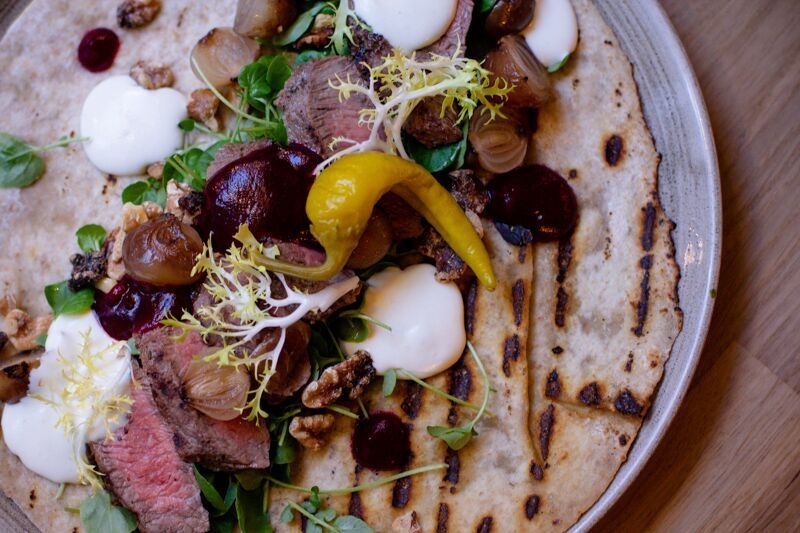 Just across the square, BAB’s flat iron steak kebab is filled with pink tranches of tender beef scattered with dollops of whipped blue cheese and truffle with earthy beetroot, sweet pickled raisins, a scattering of walnuts, and sweetly soft balsamic onions. This is all served on a bed of peppery watercress on a base of BAB's home-made flat bread - thin enough to roll up like a pancake but packing a plentiful punch (read more here.) 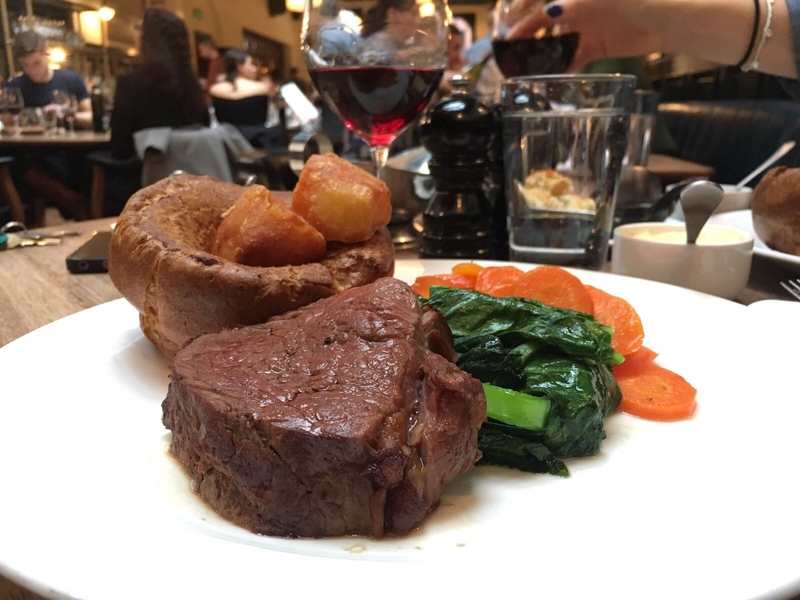 Hawksmoor’s aim is to serve the best steaks in Manchester and all their meat takes animal welfare and the environment into consideration. They serve the lot here from giant sharing Chateaubriand, Porterhouse and bone-in prime rib to classic cuts such as fillet, sirloin, rib-eye and rump.

For February, they have created a set menu that includes two or three courses plus an alcoholic or temperate cocktail for £30/£35, available Monday-Sunday. The menu includes 35 day-dry aged rump steak with triple cooked chips. 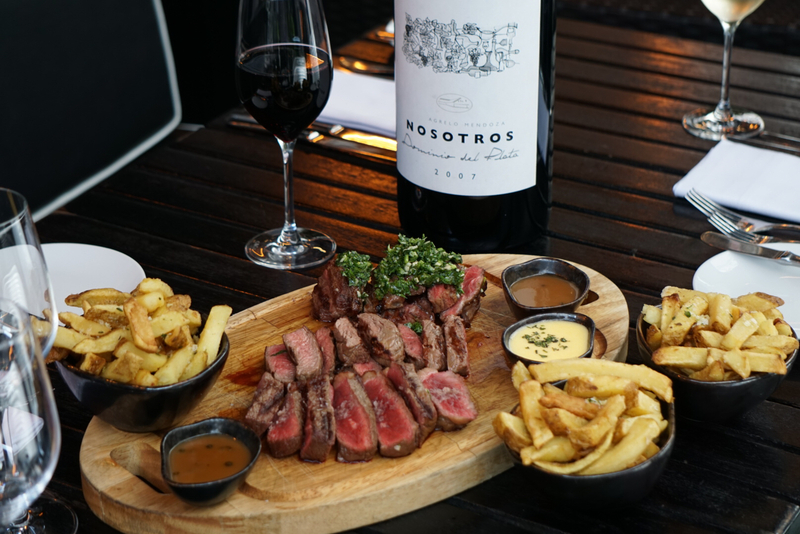 Argentinian steak restaurant group Gaucho specialise in beef from premium Black-Angus cattle, bred at hand selected farms. The cows enjoy a lush, free-range lifestyle in an area famed for its fertile soil, where they graze on 17 different types of grass from the Pampas provinces. Gaucho's Argentinian steakhouse in Manchester has quite a unique setting. The split-level steakhouse dining room is housed in a converted church, and still features a stunning original church organ.

Read: Six of the best things to eat in and around Manchester – February 2020