The Anaconda Cut: a considered view (from the top)

THE VIEW from the top is as grand as can be imagined. Forty-four stories and 131m (426ft) up means the city below and the surrounding hills seem, perversely, within touching distance. What’s interesting is that the top floor of the Anaconda Cut tower in Salford is not going to be a penthouse but communal space for residents with soft-seating, games and refreshments. How enlightened.

"There’s a heat in the city, that you maybe don’t get elsewhere. If you’re lucky it’s a great time to be an architect in Manchester and Salford.”

Amenities include a gym, free internet for the first year, a communal area close to the main reception and, best of all, the top floor recreational area plus two other communal terraces at the first and seventeenth floor levels. There are 79 parking spaces.

It’s a monster building, the tallest in Salford and the tallest anywhere in the UK outside London, Manchester and Liverpool. 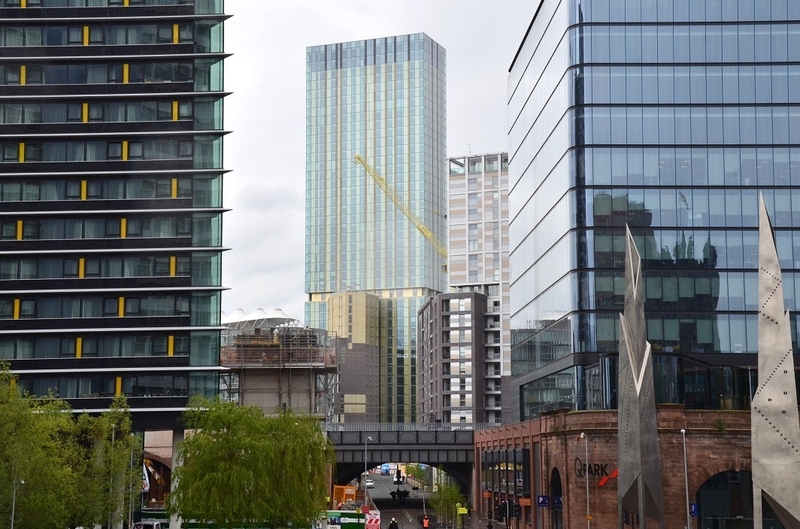 In form the tower rises above a podium and almost reads as two buildings from certain angles. The reason for that is clear, it’s to engage the street in a gentler manner than a sudden forbidding rise from pavement to 131m. The architects are OMI and that type of artful design is their hallmark. You can see this in the soft grey charcoal of the bricks, in the way the brickwork is articulated to add interest, in the way the various elements in the reception, public areas and bedrooms fit together.

I’ve known OMI architects since I toured their Hulme housing development in the 1990s, which lies in the armpit of Bonsall Street and Boundary Lane. That attention to detail was present then and still is. Nick Berry of OMI says: “We enjoy complexity and sometimes that comes from the constraints of the brief and sometimes we invent it to give us something to hang the design off. We like making designs tactile and human scale no matter how many floors there are.”

OMI have completed numerous schemes in Salford “in a redevelopment friendly environment” says Berry. The huge 500 plus residential development, One Greengate from 2017, is down the street and their Spectrum apartments a little to the south, which were completed before the last economic downturn. The OMI office is on the other side of Spectrum on Blackfriars Street and occupies a former swimming baths.

Slideshow: views from the top 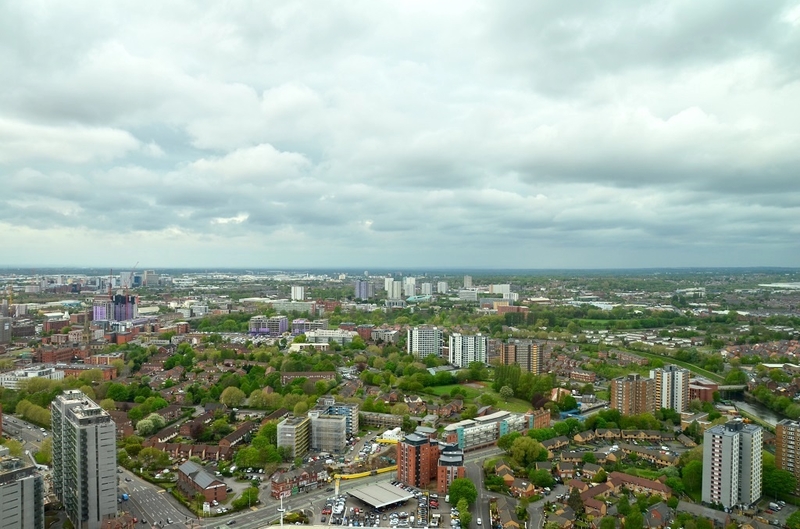 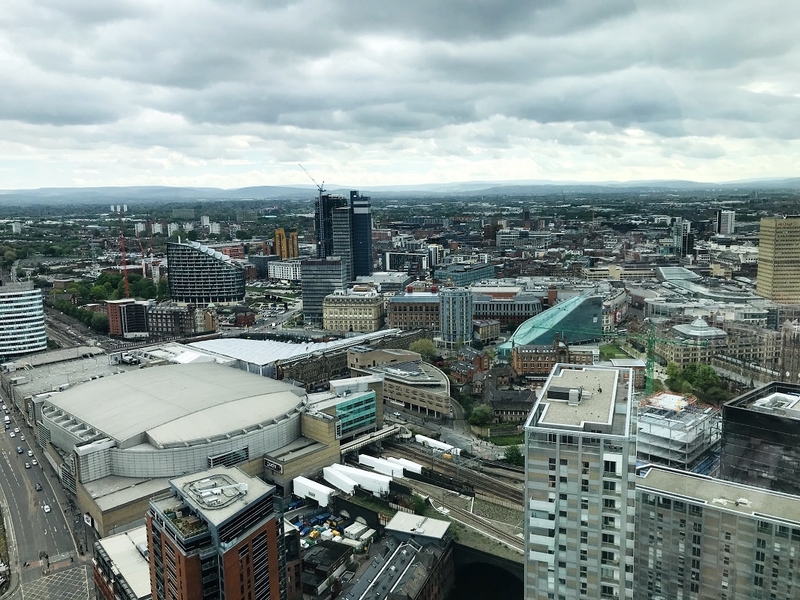 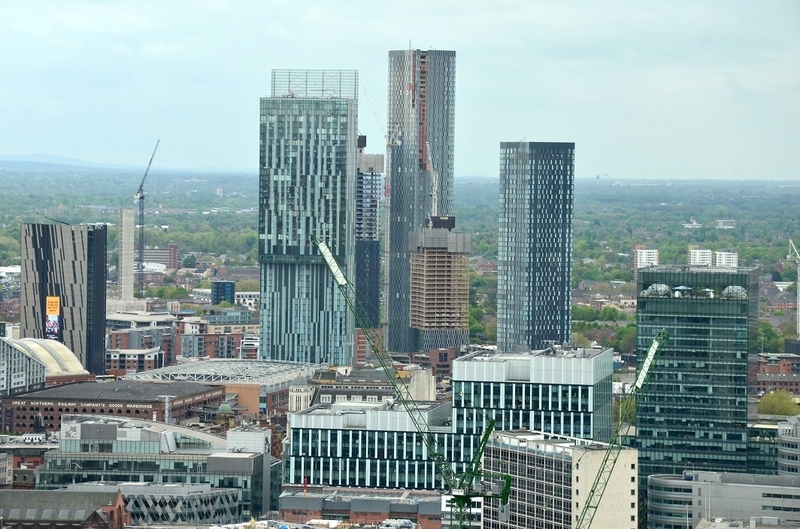 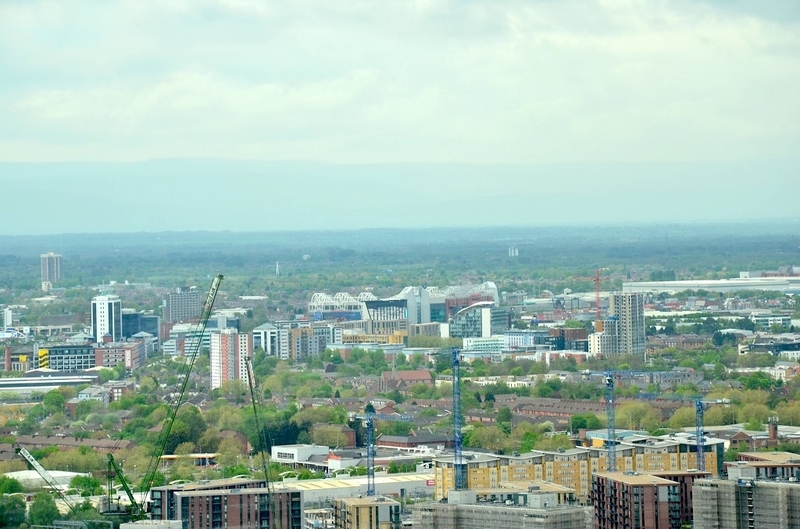 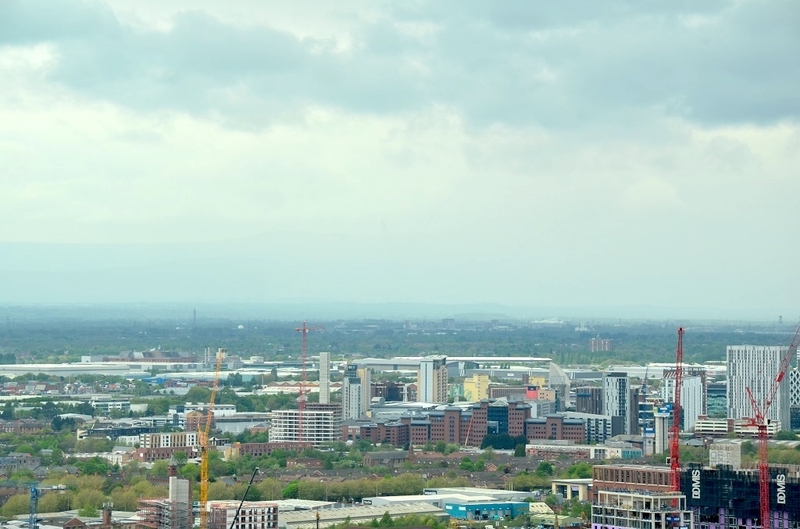 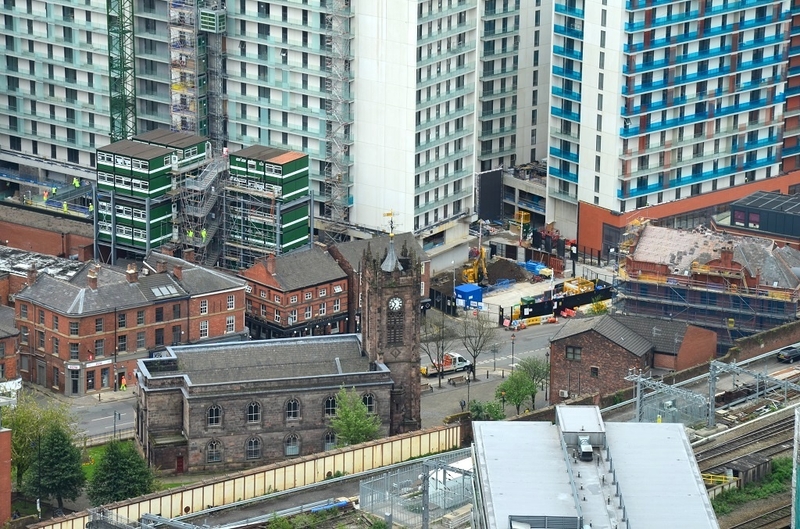 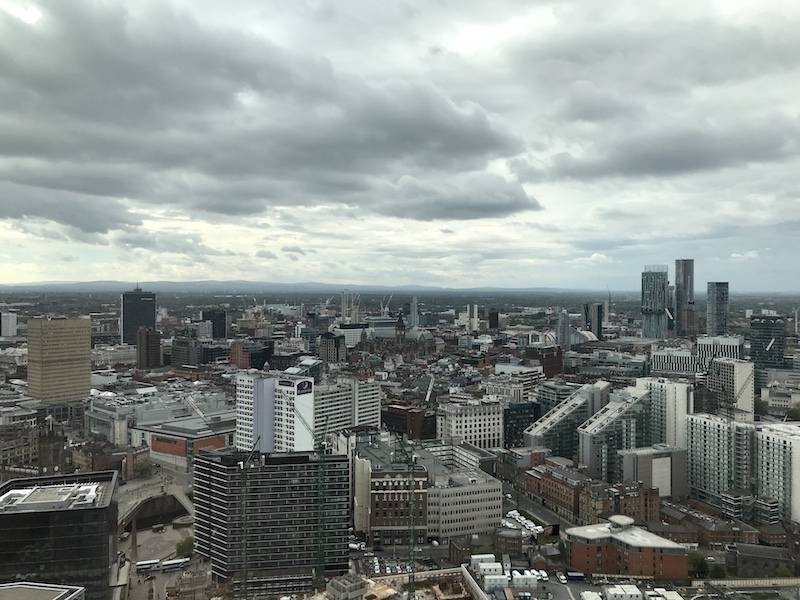 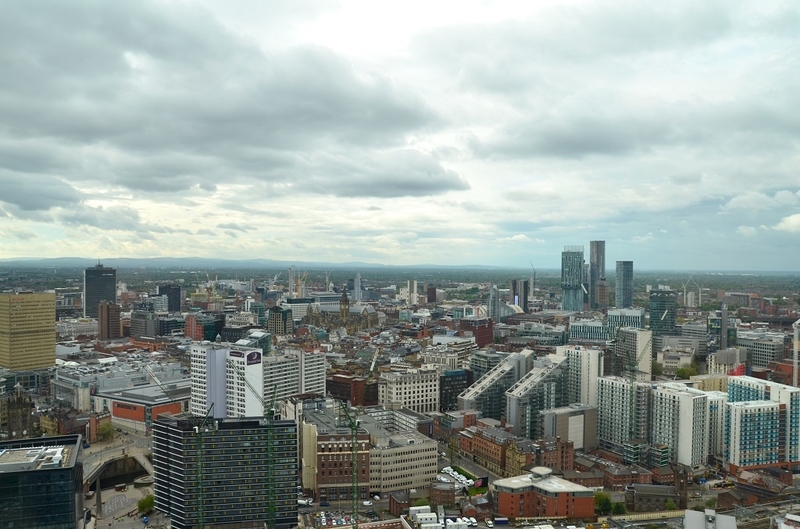 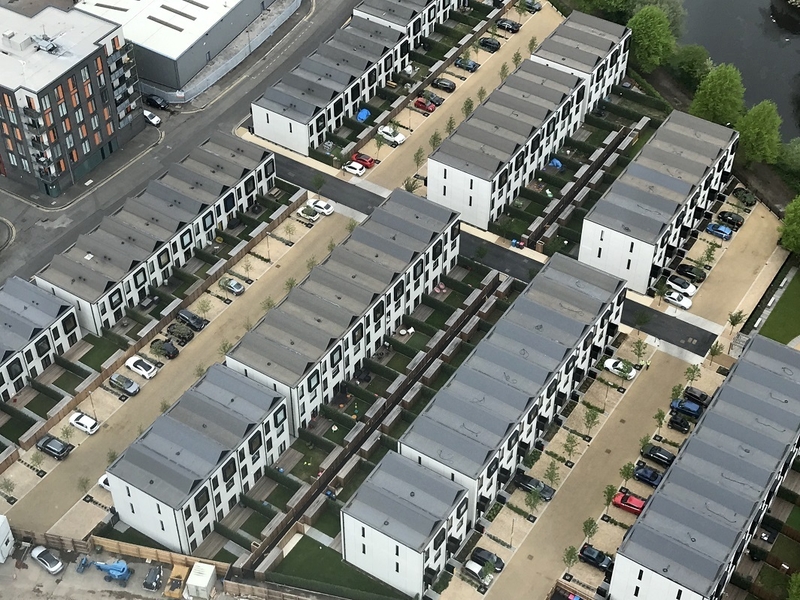 OMI might have designed several large scale projects but they love the smaller projects too, especially ones with a heritage angle. “We go with the market,” says Berry, “which means we do big projects such as the Anaconda Cut but we also love the smaller projects such as the recent work done with the Mustard Tree charity in Ancoats. Whatever we do we try to weave a good thread of detail into it.”

Their All Souls church restoration in Bolton is an exemplar of their careful yet handsome work. They are also currently restoring and remodelling Rochdale Fire Station museum. In Liverpool they are transforming a former Carnegie Library into a community resource with nurseries.

Of course, Berry is aware that nothing is certain in architecture despite the amount of work OMI is securing. “Those of us who survived the previous bust period ten years or so ago carry the demon of that on our shoulders. There’s still pain, but today seems very different. The developments happening now in, say, the Private Rented Sector (PRS) have a very different financial structure. It’s difficult to predict the future with certainty but a lot of people are saying that while there is demand for houses in city centres, such as Manchester, then there are reasons to feel guardedly confident.”

Slideshow: inside the tower 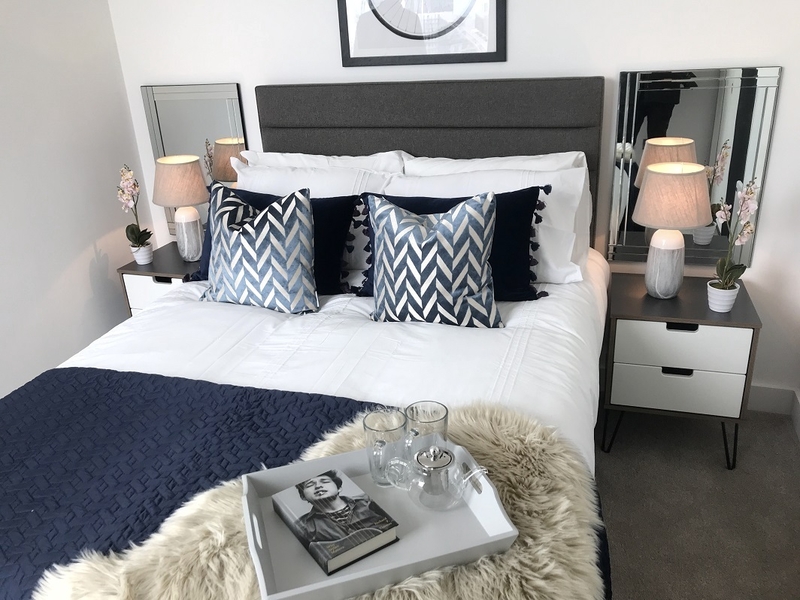 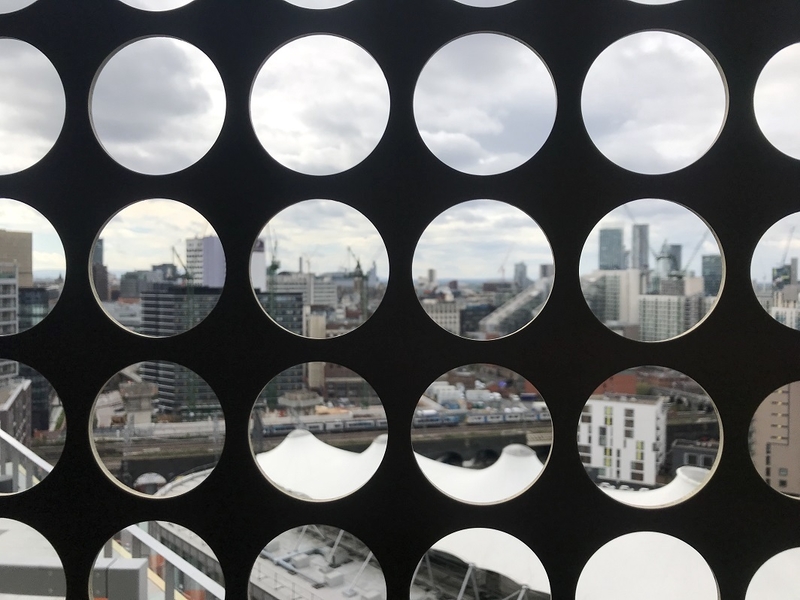 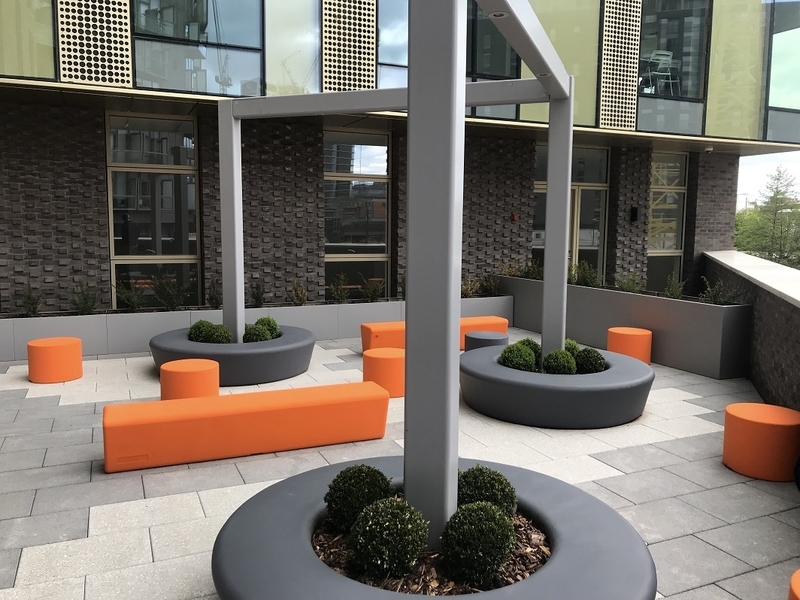 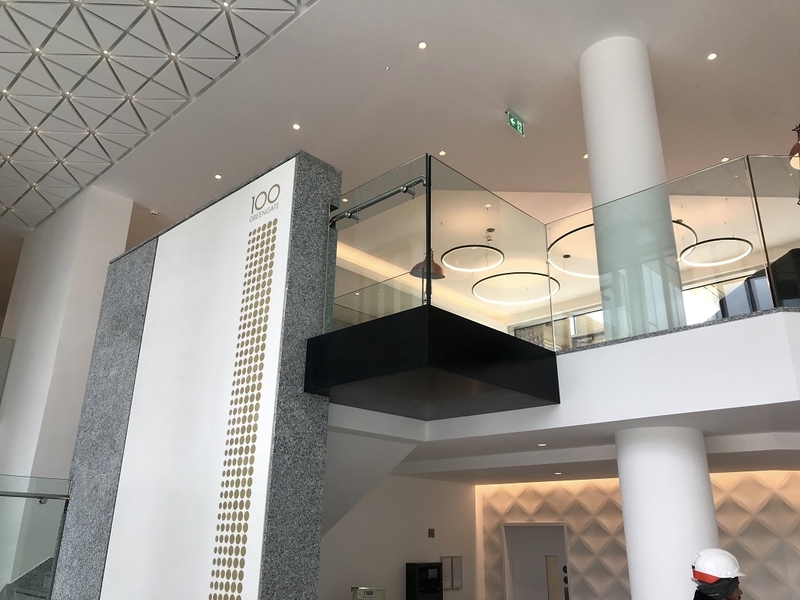 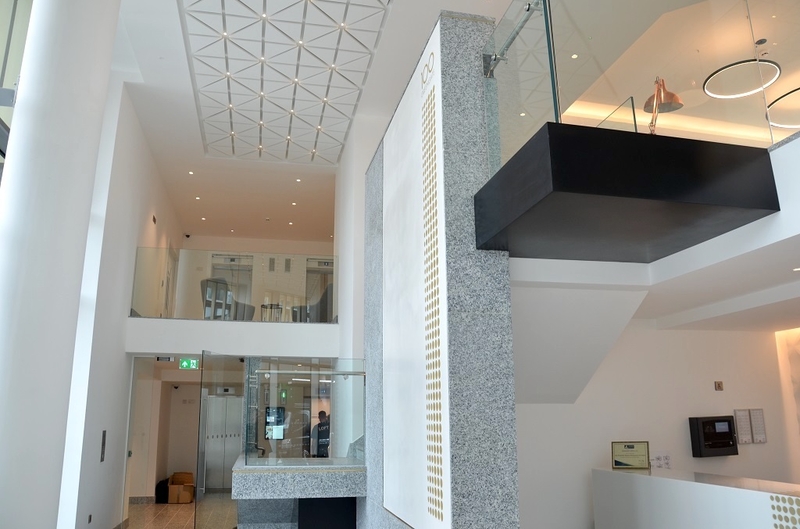 During out discussion we ponder how Manchester and Salford are the biggest magnet for property investment outside London (read here).

“The confidence here encourages development,” says Berry. “It seems to be something in the mood of the city, it’s got an inherent character that breeds confidence and displays that out to the world. In turn that leads to investor confidence. There’s a critical mass, there’s a heat in the city, that you maybe don’t get elsewhere. If you’re lucky it’s a great time to be an architect in Manchester and Salford.”

The name of the scheme we’re sitting in, the Anaconda Cut, comes from the former circuitous course of the River Irwell which lies adjacent to the site. This was rationalised in the 1950s to ease the frequency of flooding. We expanded on that story here.

Certainly, the confidence Berry talks about seems built into this building. It’s bronze elements have not been to everybody’s taste, but when taken with the sober podium, the building manages to be both forthright and modest at the same time. Salford’s market cross used to be located at the next street junction down, marking the centre of the old town, now the modern city of Salford has another landmark with which to navigate by in its former heart.

As a postscript, there's a curious bit of real estate oddness in Anaconda Cut - and for that matter other new buildings. So while the building rises to 44 storeys, the top storey is on the 43rd floor: 43 is what you press in the lift to get to the top. This is because floor one, the reception area plus other bits and bobs is not included, so the floor counting starts on the first floor. Yep, we have no idea why either. Maybe marketing, maybe no-one wants to occupy the ground floor aside from commercial units. At Confidential we always say, just give us the height of the building, so we can compare to the other tall buildings. But then again, we may be the weird ones.