Confusion over the sudden closure of Grindsmith coffee shop

Bloody hell. What do they say about buses...

In the last 24 hours Confidential has reported on the closure of FIKA in Northern Quarter and Roc & Rye on Spring Gardens. Now there's a third, Grindsmith, which has closed suddenly on Bridge Street.

Ealier this year co-owner Luke Tomlinson said 2018 had been their "toughest year on record".

Opened just a couple of months ago, the coffee bar and brunch spot has now gone dark, with a 'NOTICE OF POSSESSION' pasted to the front door.

The note, signed by enforcement officers, has been posted on behalf of the landlords, Watch This Space Property Limited - a property developer with co-working space on the upper floors of the building.

Confidential contacted Grindsmith for an explanation, but unfortunately all they could offer at this time was 'no comment', as the matter is, they say, 'with legals'. 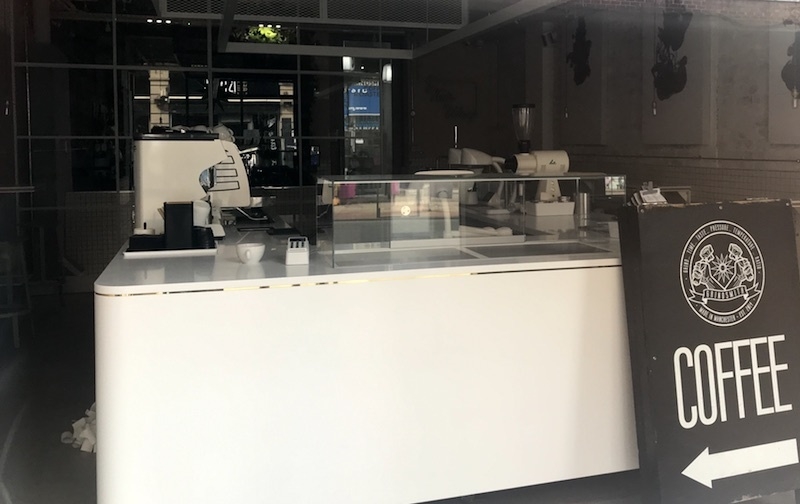 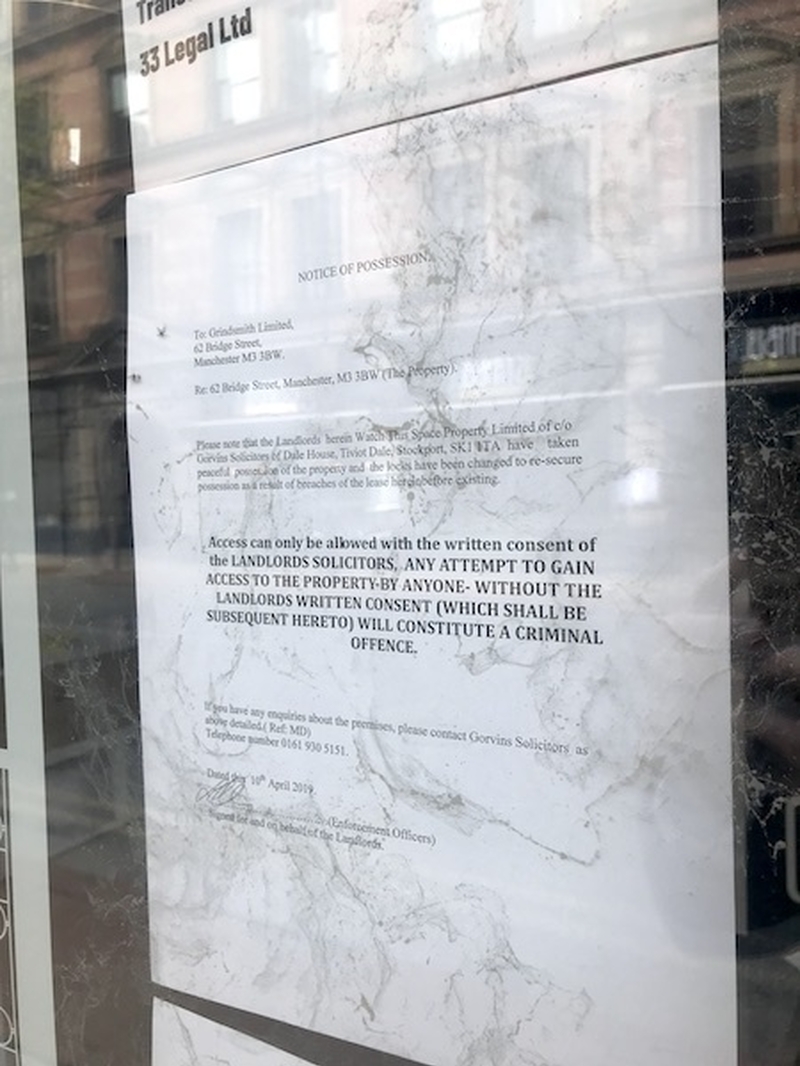 Recent tweets by Grindsmith say the store has been closed 'due to unforeseen circumstances' and that the store will reopen 'very very soon'.

Grindsmith began in 2013, when business partners Luke Tomlinson and Peter Gibson launched a Kickstarter campaign to open a five by three metre wooden pod on Greengate Square, followed by a coffee trike, then a coffeeshop on Deansgate and most recently in MediaCityUK.

The Deansgate branch of Grindsmith closed earlier this year, with Tomlinson stating that 2018 had been their "toughest year on record".