The all-new Store Street Exchange and Store Street Craft Bar, situated on the ground floor of the DoubleTree by Hilton Hotel, opened to punters this week.

Located in a prime spot, right across the bridge from Piccadilly train station, bosses say the new spot - decked out de rigeur in faux brick, wood panelling and dangly filament bulbs - has been inspired by the area's fascinating history as a transport hub, which is presumably why there's a picture of a train on the wall.

The grill and rotisserie are the thing here, with corn-fed Goosnargh birds from Lancashire-based Johnson and Swarbrick, steaks courtesy of Aubrey Allen (who also supply Buckingham Palace, don't you know) and seafood from the trusty hand of Mr Neve in Fleetwood.

Small plates, of course, are a thing too, with the usual suspects such as craft calamari, craft chorizo and craft koftas supplying ballast in the Craft Bar.

Local and craft beers, of course, make an appearance, as does craft gin and a curious list of craft cocktails including the Teddy Wells (aka The Fighting Pooch) and The Spanking Roger - named after hard-boozing, quick-fisted Scot, Roger Aytoun (of Aytoun Street fame), who in the 1760s swept wealthy, elderly widow Barbara Minshull (hence the parallel Minshull Street) off here feet... before gambling all the money away.

What else? Oh there's a charming reading room with real books, a 'stunning foody theatre' (didn't spot that, but there is an open kitchen) and Bury black pudding bombs which could topple an LMR 57 Lion steam locomotive.

More on the Store Street Exchange and Craft Bar here. 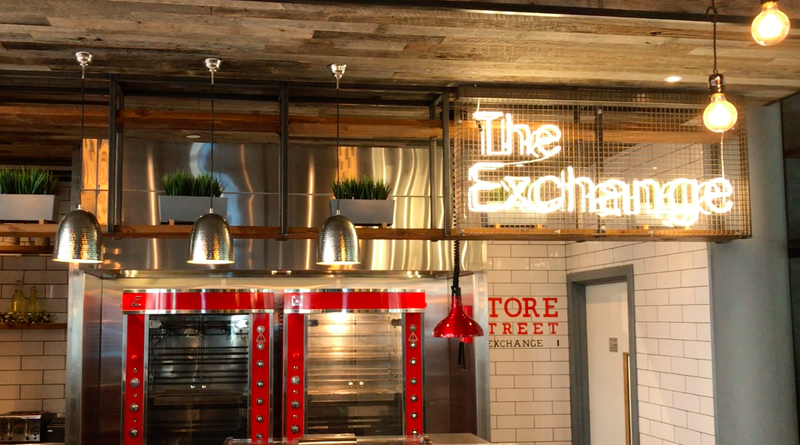 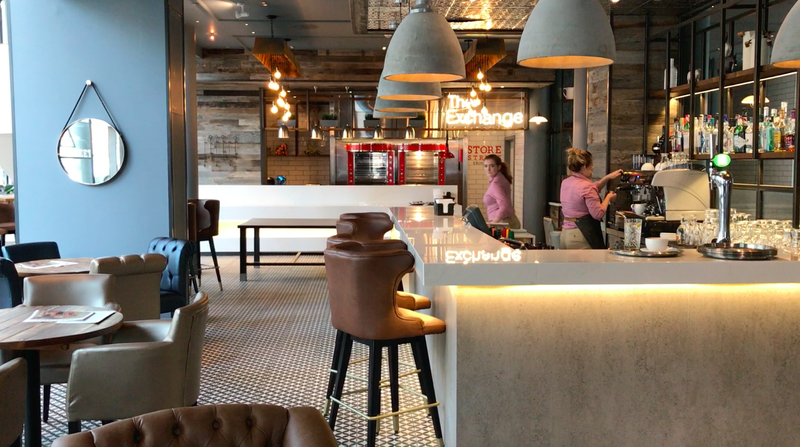 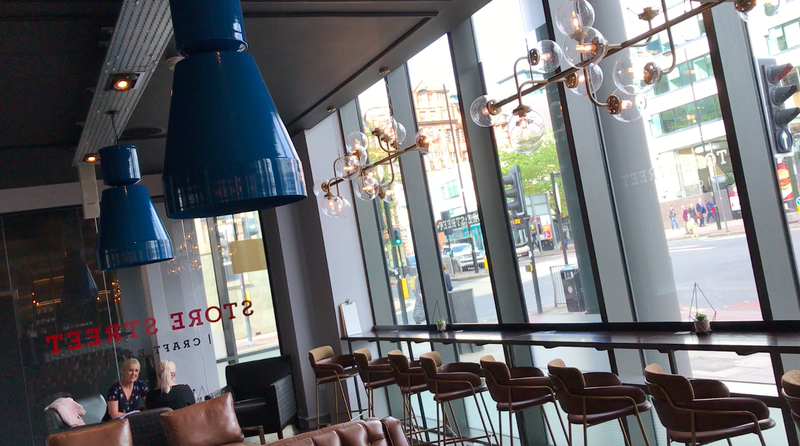