Week 48: in which traffic gets diverted into a dirty shop

Chorlton has another new opening, this time it's an 'Ibiza-cum-LA inspired restaurant' from Liverpool - which Sleuth has often thought to be the 'Ibiza-cum-LA' of the North. Love Thy Neighbour will open in the former Palate site on Wilbraham Road, serving 'Buddha Bowls' (a social media term for colourful salad) and 'charcoal-activated' cocktails (presumably 'activated' means on fire). The restaurant's 'creative director', Andy Duckworth, told the MEN: "Love Thy Neighbour really fits with the work professional's health conscious mindset... for those who want to let their inner anarchist go with small plates, delicious cocktails and vegan wines.'

Yeah, thinks Sleuth, about time we brought down the establishment with vegan plonk and small plates of beetroot, pomegranate and creme fraiche.

Sleuth's Metrolink cock-up of the week

Sleuth's made no secret of his frustrations with Manchester's cutting-edge absolutely fit-for-purpose tram system these past few weeks (see here and here). Though, following another tortuous journey into work Monday morning - when Sleuth had to miss three straight trams due to a lack of room - Sleuth couldn't help but laugh at the absurd levels to which our great modern transport system had sank.

Sleuth's massive salad of the week

Sleuth went to Hawksmoor with a veggie this week. Hawksmoor can be a daunting place for a veggie, all that seared cow flesh, grilled bone marrow and dripping fries. Equally daunting though for we carnivores was the collosal green mountain presented to the veggie as a main. It was by far the largest salad Sleuth had ever seen. The veggie had to call in three Sherpas to help her finish it, who unfortunately also began polishing off the booze and were later found joyriding their yaks on top of Beetham Tower. 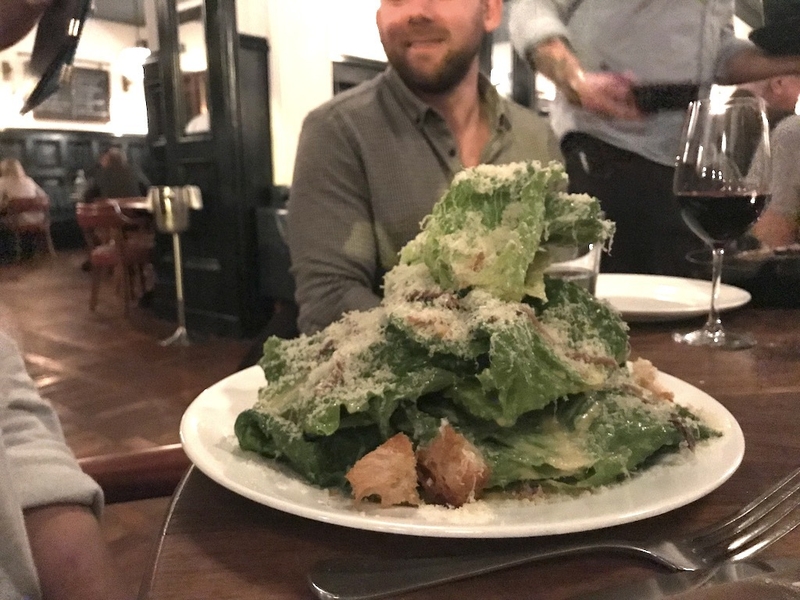 Sleuth was driving down Oldham Street and followed the ‘Diverted traffic’ sign exactly. “What do you mean, why have I got all these dirty magazines and sex toys?” said Sleuth when he got home. “Manchester’s traffic department said it was the way to go.” 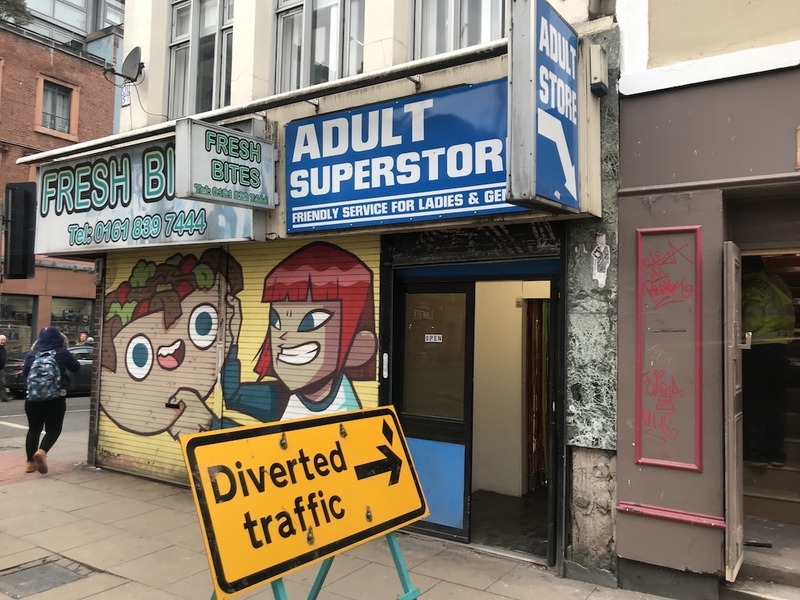 Sleuth's conjunction of the week

Sleuth did laugh at the strange conjunction of premises and signs at the junction of Oldham Street and Hilton Street. Diverted traffic, Adult Superstore, and next to the latter, a closed food purveyor called Fresh Bites.

Sleuth and the elegant producer of the week

Sleuth conducted a Friedrich Engels and Karl Marx tour on Saturday. Engels lived in Manchester for 22 years and Karl Marx would visit him on huge numbers of occasions. On the tour there was a very fashionable chap who clearly wasn’t British. Turns out it was Nicolas Blanc, a very well-known in France, film producer. He’s released a film this year called Le Jeune Karl Marx, which as The Young Karl Marx, is released in the UK early in 2018. In a wonderful Gallic accent he said to Sleuth, “It’s a bit silly really. I have finished the film and only now I go on the tour.”

This was in the toilet at Blueprint Studios, Salford. Sleuth didn’t use it. 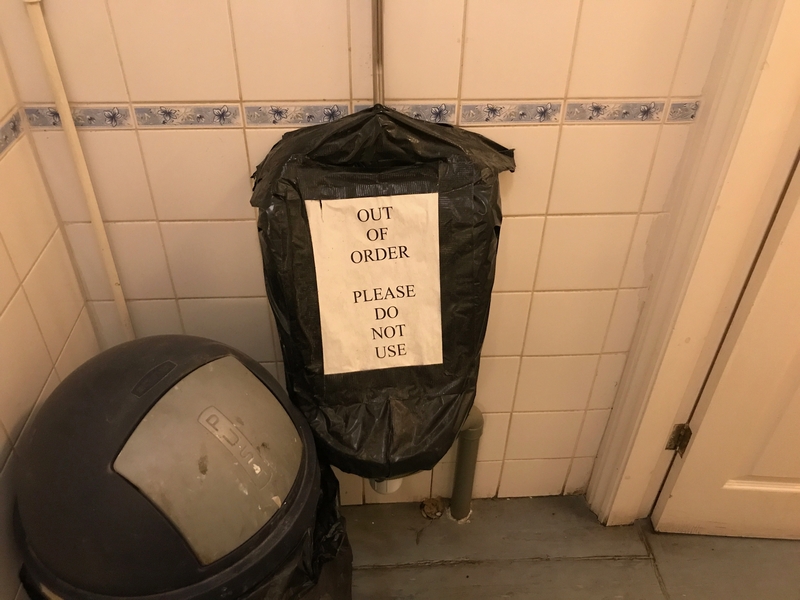 Sleuth’s memorial plaque of the week

This was at Holy Innocents Church in Fallowfield. Well done Walter. Keep the key. 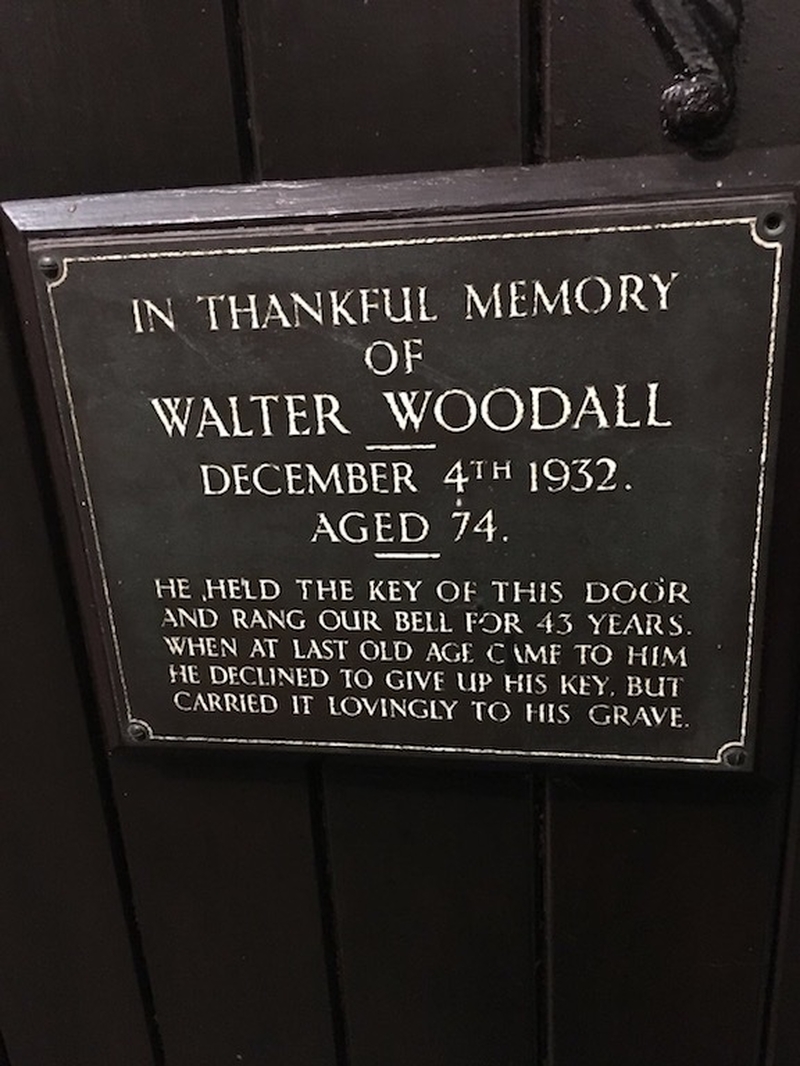 Sleuth's wrong turn of the week

Goes to this bus driver in Chorlton who, having made a wrong turn, preceded to carry out a 30-point correction manoeuvre. As you can imagine, all the other road users were well chuffed. 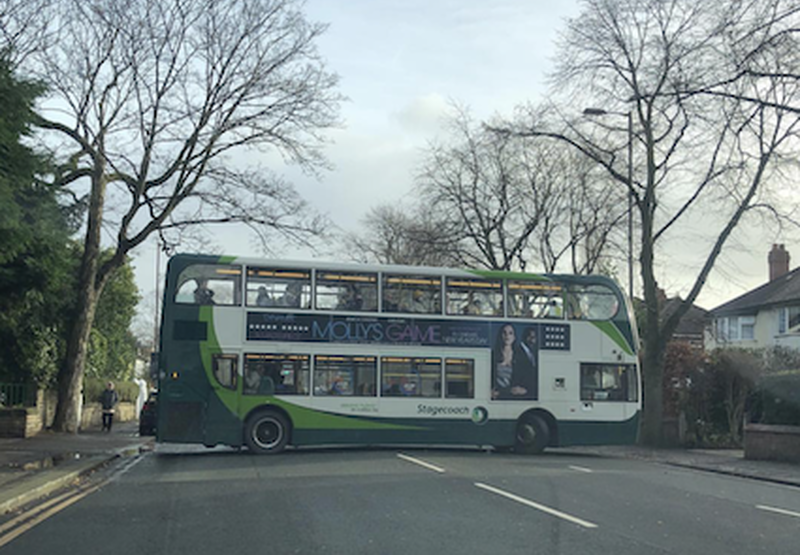 Sleuth's cock-tail of the week

Sleuth had to laugh this week, after Confidential published a bar crawl with a difference by Sleuth's colleague and drinking buddy, Neil Sowerby. Sowerby had taken his pet Chihuahua, Captain Smidge, out on the lash on a leash, for Manchester's only doggy bar crawl. After publishing, a giggling Sowerby called up the editor to highlight one photo used in the article. "Looks like Captain Smidge has given a new meaning to the term cocktail..." 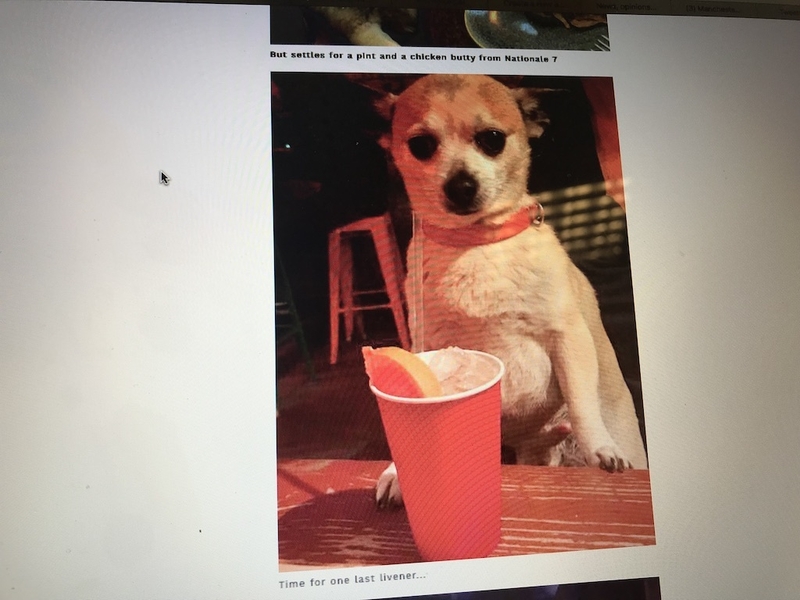