Sleuth - most Manc pub of the year, bee slander and overdue rockets

Week 36: in which Sleuth develops a new Manchester souvenir

Sleuth and other building ideas

Sleuth likes Manchester’s latest proposal for a tower. This is described by the developer themselves as a ‘contextual Manchester red brick’. Sleuth thinks there might be legs in the idea to make buildings shaped like things. There could be one shaped like a chunky rainbow in the Village, one shaped like an elegant chopstick in Chinatown, one shaped like a big beard in the Northern Quarter and one shaped like a hen-party’s massive inflatable penis at Deansgate Locks. Or at the Printworks. Or on Portland Street. This could be erected (so to speak) every Friday teatime and detumesced on Sundays.

Manchester’s most Manchester Pub of the Year every year

Sleuth wanted a drink. He gets thirsty exploring the city. So he popped into the Nags Head on Lloyd Street. He hadn’t been for ages. He wasn’t alone. There was quite a Manchester crowd in there; including Rowetta, Tony Wilson, Lloyd George, Ian McKellan, Ricky Hatton, Ian McShane, Diane Modhal and 48 George Bests.  So he delved into his manbag and pulled out a diploma and awarded the landlord the Certificate of Major Mancness. This takes the form of Councillor Pat Karney’s grin placed on an attractive stand shaped like a Christmas Market bratwurst. The Nag’s Head is now officially ‘the most Manc pub in the world’. 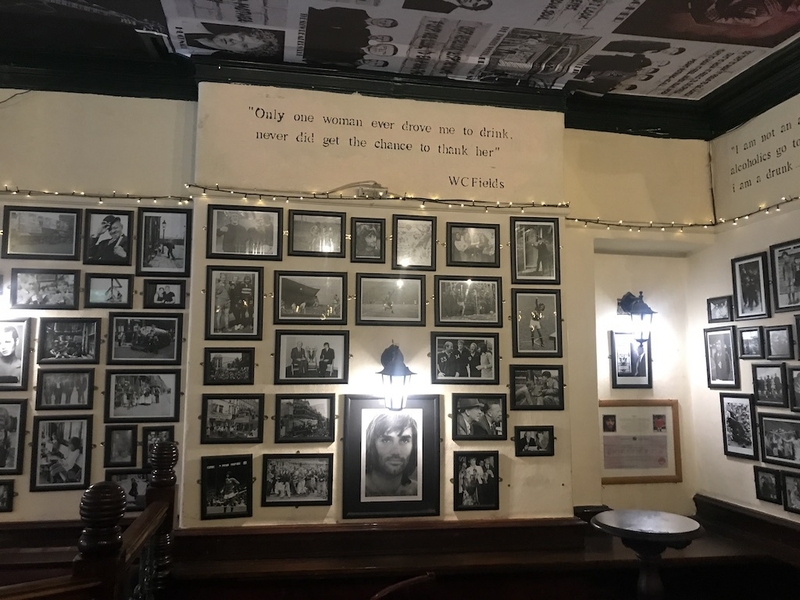 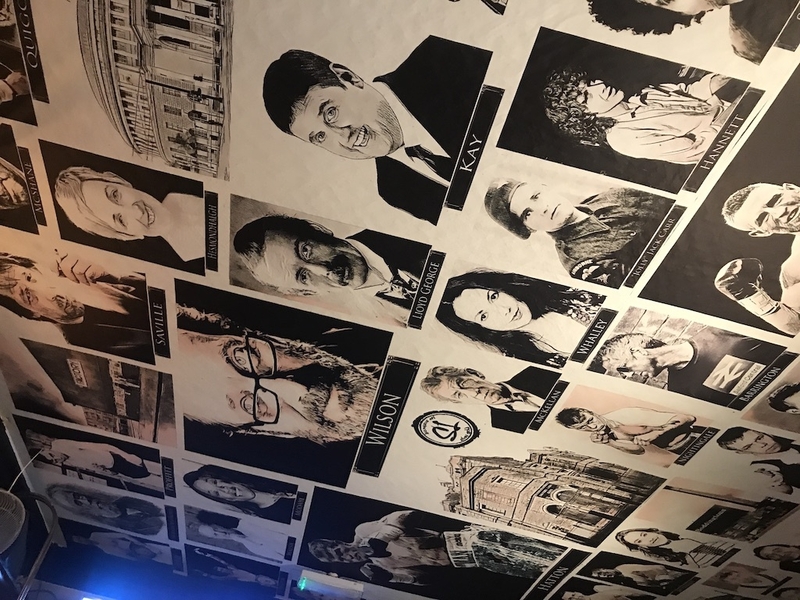 A while ago, Sleuth revealed the lovely souvenir available from Manchester’s newsagents of a fridge magnet with the title Manchester and then an old-fashioned telephone box and a sheep. Sleuth is now entranced by another of a sheep dog with a field wall and a country signpost. Sleuth is on his third day strolling the city and still can’t find any of these elusive landmarks. However, he has come up with another fridge magnet for Manchester. This is in production right now and features a police officer ignoring a beggar buying spice from a dealer next to the Piccadilly Gardens’ wall.

Sleuth’s ‘everything including the kitchen sink’ students of the year

Sleuth has to admire this little group outside the new MMU building at Birley Fields during Freshers’ Week. They are the antithesis of the ‘travel light’ principle. Sleuth is sure the girl at the back is saying, “Come on dad, it’s good for, look how much weight you’ve put on, pasta face.”

Sleuth applauds the wonderful contribution of the bee invasion to summer in Manchester. On their last few days on the streets before being sold off for charity, Sleuth has been given the stats to prove the success of the event. There have been one million check-ins to the bee app, people have walked 9,300 miles over the trail, tracked via the app pedometer and there have 200,000 trail maps picked up. Even better, exponential numbers of Greater Mancs have for the first time been tempted into museums, galleries, libraries and places such as Manchester Cathedral. Sleuth hopes they make return visits too. Some of the bees gained extra decoration. Mani, ex of the Stone Roses, added his moniker, to the ‘I Wanna Bee Adored’ bee in Spinningfields and drew a smiley face. He didn’t draw it very well, people thought the smiley face looked like something else and that he’d...er...well...cocked up.

Sleuth’s bee slander of the week

Sleuth was walking by the Bridgewater Hall bee the other day when he overheard two youths giving it critical appraisal. “It’s another one of those bees,” said one. “Yea,” said the other, “and it looks like a wasp shagging half an M&M just like the others.”

Non-shock of the day: train late

Network Rail can’t be blamed for once, nor any of the train operators. This train delay is all down to the Science Museum Group. Rocket, the epoch-making loco, from the opening day of the Liverpool to Manchester railway has returned to the city. From 21 September to 21 April, 2019, this icon of transport will be on display in the Museum of Science and Industry in Manchester. But Sleuth wonders why it didn’t arrive last Friday, so it could have been onsite for Saturday 15 September - which was the actual day the Liverpool to Manchester Railway opened in 1830? There could have been a big celebration, loads of events. Instead it arrives a week late. Not even Northern Rail trains are that late. Big organisations can be irrational and mad thinks Sleuth. And why, asks Sleuth will Rocket, which belongs in the North West, be only here until April next year?

Sleuth paints with the dish of the week

Sleuth was at the launch of excellent ‘Modern Portuguese’ restaurant, Canto, in Ancoats on Wednesday and the drink flowed freely. It was a good do. It must have been as he can’t remember any of it. The previous day he’d enjoyed lunch there and particularly enjoyed how Farrow & Ball had teamed up with the restaurant. Here’s their new subtle and muted on-trend range of lickable paint available in barley, sour cherry, quince and wild fig varieties. It’s ice cream for walls, not Wall’s ice cream. Ha, ha, ho, ho. Yes, you’re right, Sleuth is the wittiest man in the city.