Week 34: in which Sleuth dons a Yorkshire pudding hat and has existential thoughts

Sleuth’s plans for a wet weekend

The bank holiday weekend weather forecast is wet and warm. Well at least it will be in the Lancashire village of Stacksteads where several brave men and feisty female contestants will take part in this year’s gravy wrestling contest at the Rose ‘N’ Bowl pub. Sleuth can think of nothing better than grappling with a new friend in 1000 litres of gravy in a 14ft by 13ft padded pool, to help raise funds for East Lancashire Hospice and quite fancies his chances. He’s even fashioned himself a Lady Gaga style meat outfit complete with a natty Yorkshire pudding trilby. Sleuth was relieved to hear that 'gravy monitor' and organiser Andy Holt has changed the recipe though, apparently last year swarms of wasps kept dive-bombing the contestant’s dumplings.

Cocktail wizard Jamie Jones, who has held the title of UK’s top bartender over thirteen years, and has helped to develop some of Manchester’s most innovative cocktail menus, has launched a cocktail in aid of a world class event in Mexico City using augmented reality. Flashing an iPad across the otherwise ordinary-looking drink made a 1920’s style flapper girl and confetti appear. Sleuth was thinking of inventing one for anyone who finds themselves alone in a London pub. To get the full Northern experience, simply run your iPad over your lonely pint and hey presto, a man with a flat cap with a dog and a bag of pork scratchings appears moaning about how much you paid for it.

Cheerful bar decoration of the week

Sleuth was in Flok, the new sherry bar in Stevenson Square, enjoying a quiet Amontillado. He was in a booth staring at the wall. “Why have you got a print of the Last Supper on the wall here,” he asked the waiter. The waiter looked at the picture for a second before saying, “It’s to make people sat in the booths feel scared that one of their number will betray them and they’ll be put to death.” 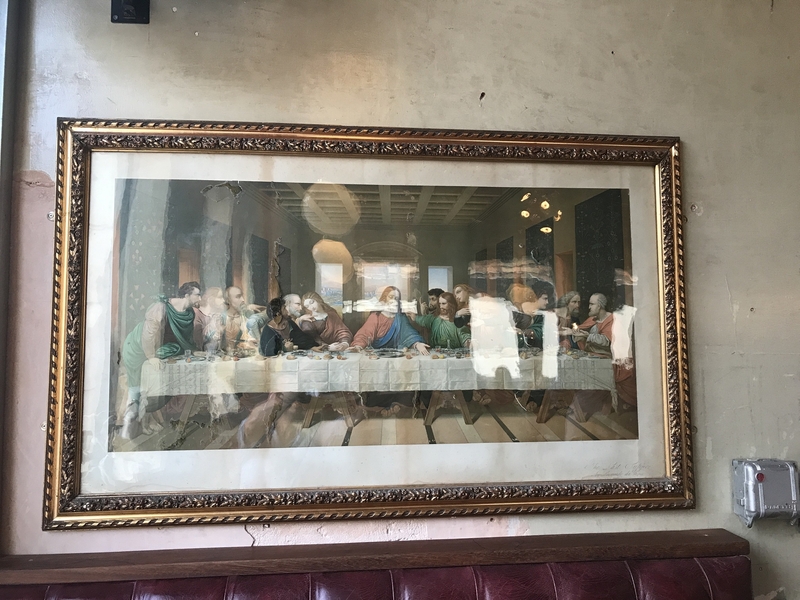 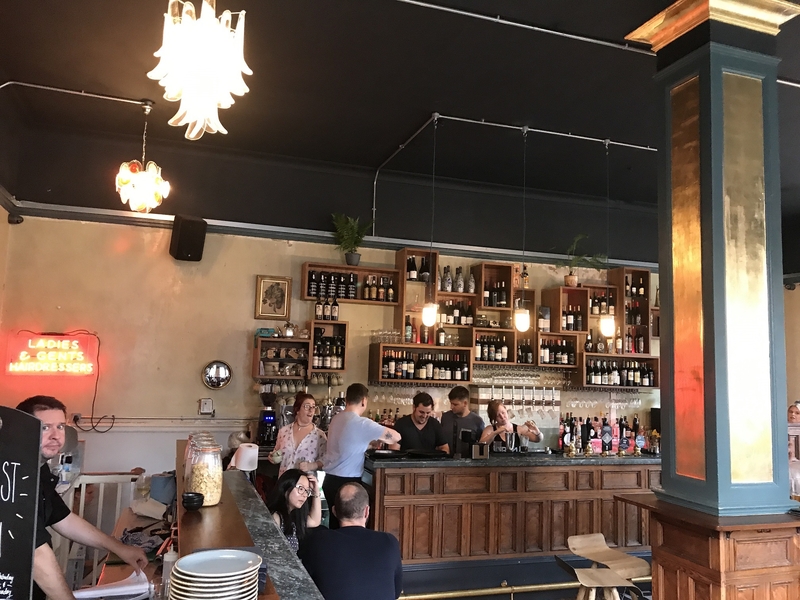 Sleuth and the academics

Sleuth got into a conversation with a pair of German academics from Hanover University studying how the city is treating its cultural assets, particularly its old buildings. 'Cultural valorisation' they called it, but Sleuth had never heard of that phrase. Sleuth asked how they liked Manchester. “We like it very much, it’s fascinating with lots of energy, but…” said the female of the pair. “Go on,” said Sleuth. “We have no idea how to use the bus system, it is so confusing, and so is getting tickets,” she said. “And we don’t understand why the main operator is ‘Sorry, not in service,” quipped her companion.

The end of everything

Sleuth took advantage this week of the new flight to Nuremberg from Manchester. He had a grand time which included finding, in pretty Bamberg, his new favourite example of mistranslated English. The management had warned, with a sign in German and English, in the toilets that ‘The tap turns itself off’, presumably because the thing is playing up. They’d translated this as ‘The water tap ceases alone’ which Sleuth found both elegiac and loaded with potential meaning. Truly, we must all cease alone.

Sleuth and Motel One

The Hanover people didn’t think Manchester treated its old buildings very well and that some had been demolished that shouldn’t have been. Sleuth asked where they were staying and chuckled at the reply. “You’re staying in a classic example of demolition. Look on the outside of your hotel at the plaque on the wall. To build the place three historic buildings had to be demolished, one incorporated the Twisted Wheel club where a musical genre called Northern Soul began. There was a campaign to save it, but the council and developer wouldn’t listen.” “Oh dear, we didn’t know,” came the sheepish reply.

Sleuth and the long poem

Sleuth hears the plans for Great Northern Square, Peter Street, are set to commemorate the Peterloo Massacre in 1819 with a reproduction of Shelley’s very long contemporary poem called ‘The Mask of Anarchy’ laid out somewhere on the site. The poem famously ends with the verse; ‘Arise like lions after slumber/ In unvanquishable number -/ Shake your chains to earth like dew/ Which in sleep had fallen on you -/ Ye are many - they are few.’ Apparently given all the controversy over new buildings at present the Planning Department is hoping people don’t take that verse too much to heart.

Fashion designer and reality television personality Julien McDonald has apparently teamed up with his globally dominating fast food namesake to design a limited edition box for its Signature Collection burgers. Sleuth thinks this could catch on with other fashion food fraternizations and quite fancies a Marc Jacobs cream cracker and a Tommy chocolate Hilfiger washed down with pints of Karl Lager-feld.

Sleuth's well into yoga, and has been for many years, he just never realised that 'yoga' was the term for the tedious stretching routine he'd been undergoing before Sunday football since he was five - just with added smugness and farting. In fact, Sleuth's been at it so long he's grown tired of your humdrum, normal-people yoga, and has taken to more obscure strands in order to out Zen his pals and promote mindfulness - which Sleuth understands is just yoga speak for sitting down and doing nowt for a bit.

So imagine Sleuth's joy when he heard a new Peace Festival in Altrincham (2-3 Sept) would be bringing 'Goat Yoga'  to the region for the first time ever. Goat Yoga is like normal yoga, except with the addition of goats, which apparently promotes mental clarity, inner peace and isn't in anyway a gimmick.