Wandering through the neighbourhoods and barrios of Spain’s destination cities – Barcelona, Madrid, Valencia – you’ll find some of its best tapas bars. Unpretentious, full of lively chatter, good drinks and, above all, excellent food – these discoveries are one of the best bits of any break.

Why not take the easy out of EasyJet and enjoy a Spanish stroll to Salford where Porta awaits, replicating the atmosphere and the menu of a local Spanish tapas joint?

OK, so Cordoba has the edge over Chapel Street when it comes to climate but once the sun sets and you’re indoors, it’s all about the buzz and energy of the bar and the quality of the food and drink anyway. And if there are any golden autumn rays glinting down on to sunny Salford, then Porta has a large outdoor seating area in Bexley Square. Or El Plaza del Bexley if you’re really trying to recreate that city-break vibe. 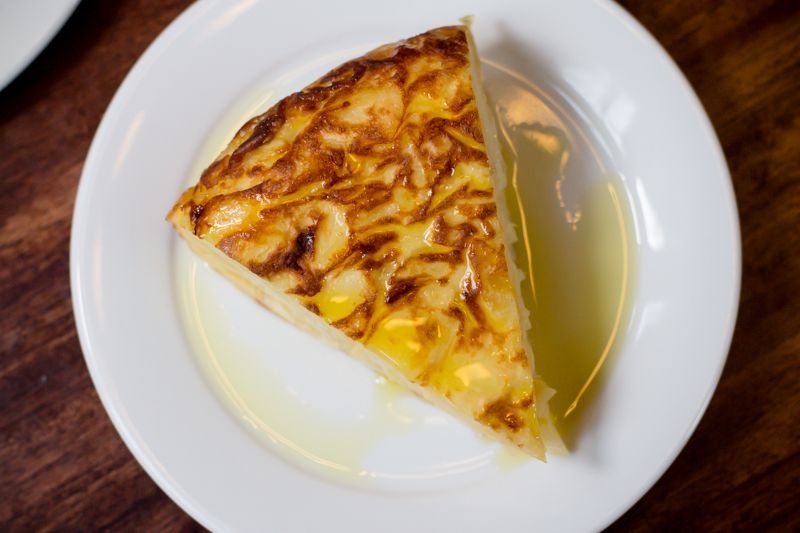 The pickled guindilla chillies, a fixture in Basque tapas bars, are proper drinking food, along with the salted Valencian almonds which knock KP into a cocked hat, or a cocked sombrero perhaps? They pair perfectly with a Spanish serve gin and tonic or a glass of wine.

The charcuterie offerings are bang on – Jamon Iberico from Salamanca as well as chorizo, salchichon Iberico, lomo and Cecina which is a Spanish air-dried beef. Along with Zamorano, a sheep’s milk cheese which is similar to the more well-known Manchego, and Pico de Europa blue cheese, you can create quite a platter. Pair with a crisp, dry sherry and pretend you’ve relocated to Spain. It works wonders with an amontillado.

Chorizo and lentil stew is ideal as the weather turns colder and the tenderstem broccoli with romesco is a Confidential favourite. The Andalucian-style fried squid with alioli and the patatas bravas just sum up holiday flavour. Like a Spanish take on fish and chips. Although as fish and chips is originally thought to originate in Cadiz on the tip of the Iberian Peninsula, it’s clear that all the best food comes to us from Spain.

But you can find it at Porta.

Find Porta Salford at 216 Chapel St, Salford M3 6BY or click here to find out more. 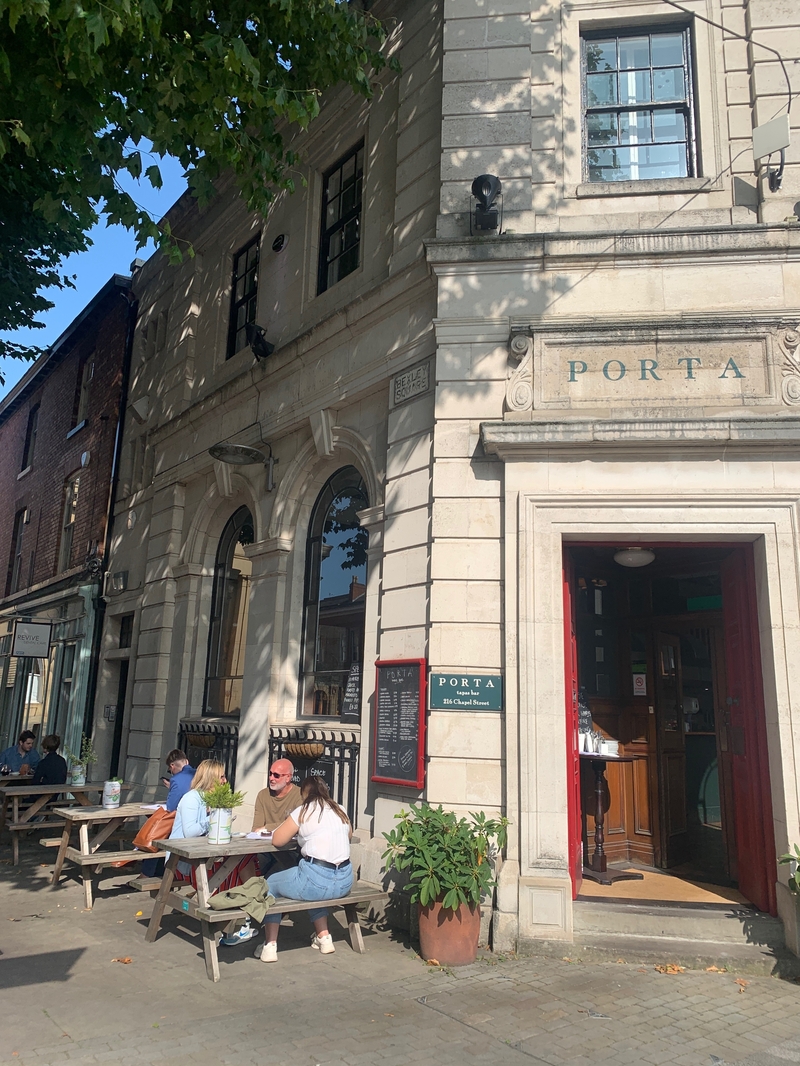