Which three Manchester buildings were voted amongst the best new buildings in the UK? 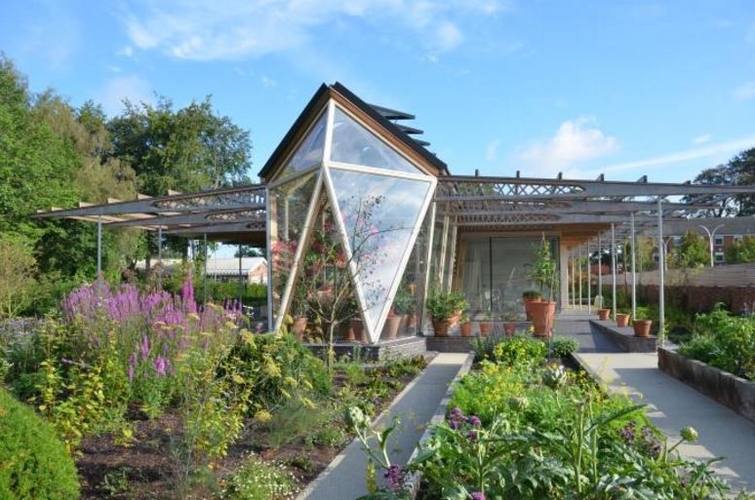 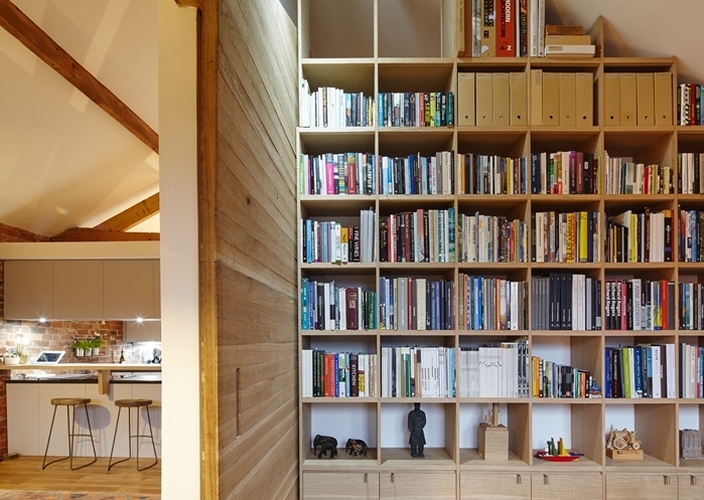 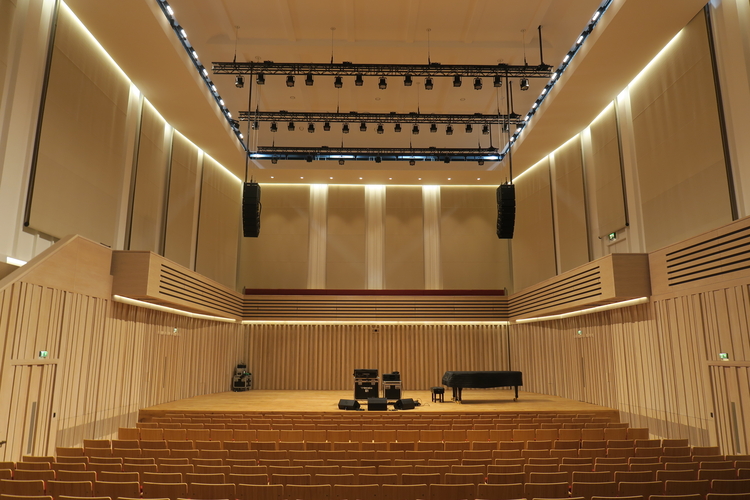 RIBA has announced the 49 winners of its prestigious national awards

The Royal Institute of British Architects (RIBA) has announced the winners of its prestigious 2017 RIBA National Awards for architecture.

Amongst the 49 winners – which also include the new Victoria Gates shopping centre in Leeds and Caruso St John's Liverpool Philharmonic Hall refurb – are three Manchester buildings completed in the last twelve months.

They are: Stoller Hall at Chetham’s School of Music by architect Roger Stephenson’s stephensonSTUDIO; Maggie’s building at the Roger Parfett Building at The Christie, Withington by Foster + Partners; and residential Northern Quarter conversion Finlay’s Warehouse, also by stephensonSTUDIO.

The three buildings will now be considered for the highly coveted RIBA Stirling Prize for the UK's Best Building. The prize was last won by a Greater Manchester building when Salford University's Centenary Building, designed by Stephen Hodder, scooped the first ever Stirling Prize in 1996.

Here’s what RIBA had to say about Manchester's three contenders this year...

'This auditorium is the concluding element of Chetham’s School of Music’s new academy building. The building without the auditorium previously won an RIBA Award and was submitted with the auditorium unbuilt but as a shell. Subsequently funds became available to complete the project and the new auditorium was submitted as a distinct, separate and later project.

'As a part of an already successful larger project, this space had to be judged on its own merits and detached from its context. It succeeds beautifully.

'The jury's arrival was greeted by a single cellist performing on the stage, allowing us to enjoy the clarity of sound from every part of the auditorium. It is a simple room in which the lightest of surface touches both modulate the sound and unify the space. The complex business of its stage adjustments, the moving of banks of seats and its transformation from acoustic to amplified performance is all handled with a confident discretion. It is a space that feels complete in any form. Devoid of gimmicks, it is a space that, for the audience, focuses on the performance and for the performer, it is clearly a pleasure to be a part of.

'It is a beautifully designed room that fulfils every objective of its brief and forms the centrepiece that completes its context.' 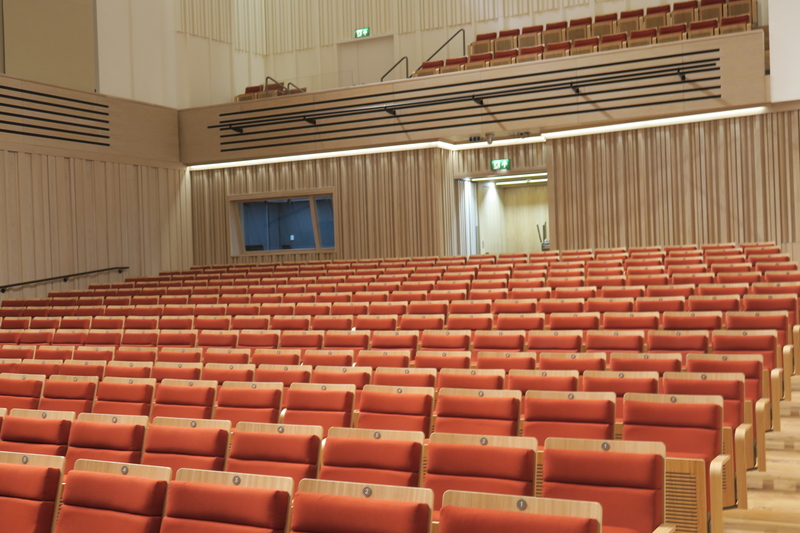 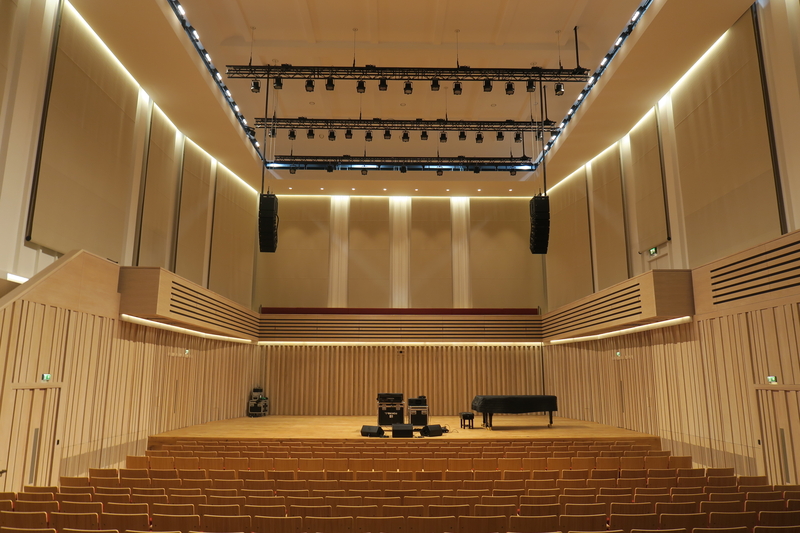 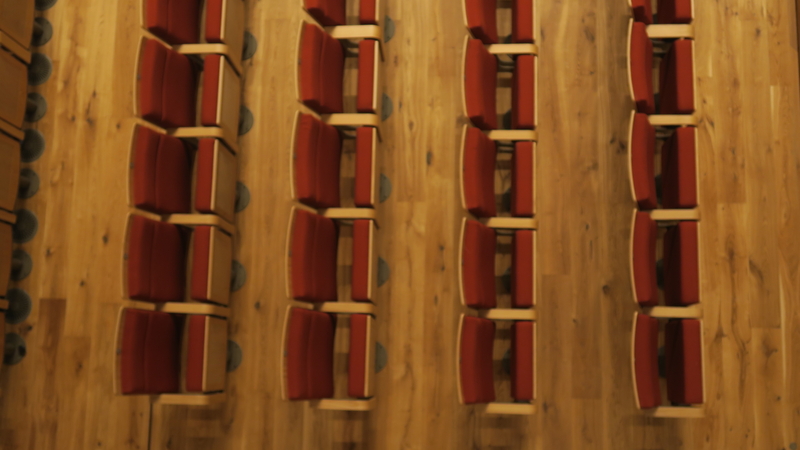 'This is an extraordinarily clever conversion of a Grade II listed Victorian warehouse. It manages, without compromise, to retain the sense of its original purpose but, at the same time and with a quiet and understated confidence, makes you feel that its new purpose – a residential building – was somehow imagined and predicted in the original plan. It is a deft and understated conversion that speaks loudly about the value of elegant restraint when working in an original building of such confidence and character.

'Nothing has been left to chance and everything is beautifully considered. The new interventions not only seem utterly comfortable in their new location, they seem completely at home in every aspect of the original building. This is not an intervention that seeks to deliberately separately the new from the old; it is so much cleverer than that. A confident and complete architectural language with exquisite detailing co-exists with a most beautifully complete restoration.

'Looking from the outside, this is a typical Manchester warehouse - one worthy of both retention and attention. It is a building that has long out-served its original use. Once inside, however, you are aware that the respect for the original building pervades every design decision that follows. But, far from following some imitative path, the design of the new elements of this building manage somehow to not only relate to where they are but also find a level of thinking that is both intellectually appropriate and comfortably right. It is all so very beautifully made.

'Each of the twenty-one apartments share the same generous common parts and the same lovingly restored original building. Behind a uniform front door of sawn timber set within an almost invisibly discrete frame, are a number of very individual but distinct apartments. Their distinctiveness is not expressed through an architectural language but through a sensitive response to both the building as a whole and their particular location within it.

'Each apartment is its own place - it is its own home. Though the detailing may be beautifully consistent, the plan responses are individual. This is how conversions and restorations ought to be. This is the stuff in which the modesty and practicality of conversion is transformed into architecture.' 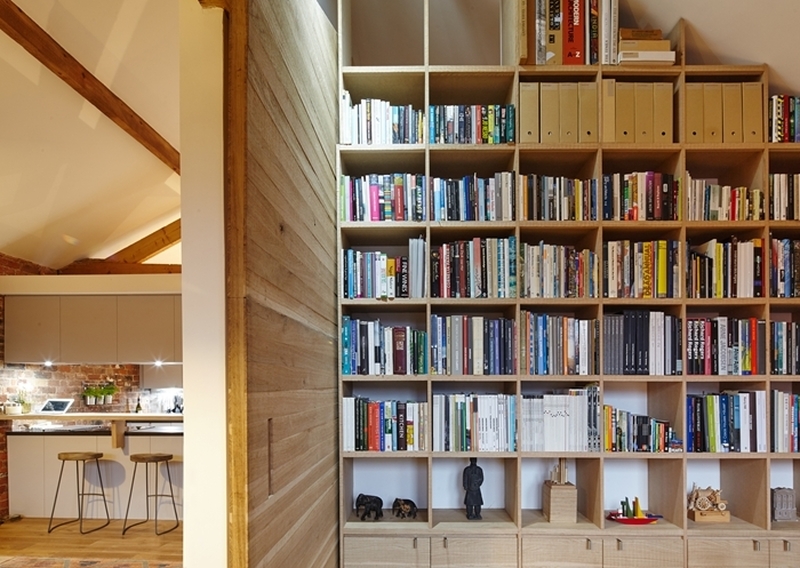 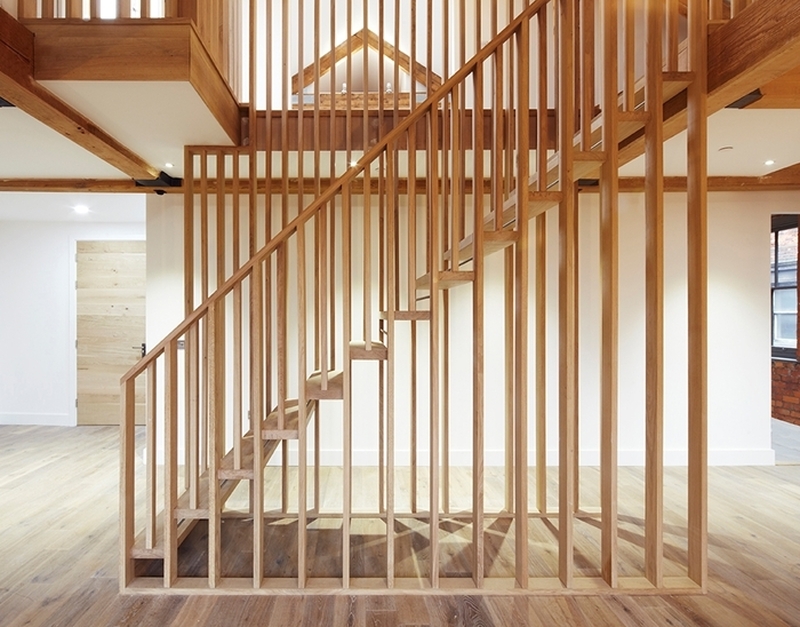 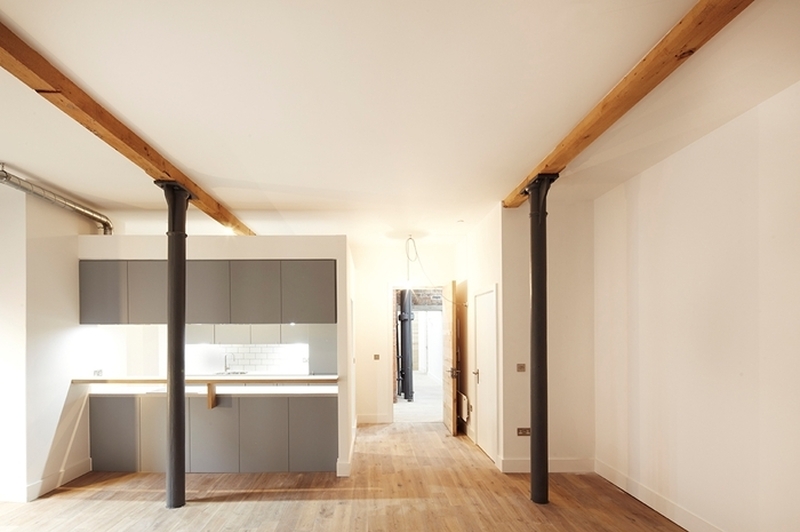 'The Centre is located in the grounds of The Christie Hospital. With this location you feel that it would be difficult to escape the context of an institution but you would be wrong. The building, its setting and its landscape draw you in, make you welcome and invite you to feel, whatever your reason for being here, that you wouldn’t mind spending the rest of your day in a place that is both a home and a sanctuary.

'There are no signs, no visible lettering and not a sense that this is anything other than a place in which you feel completely at home from the moment you arrive. It is both practical and straightforward, it is both a refuge and a joy, and it is both a brilliant constructional system and a work of extraordinary architecture. It not only satisfies every aspect of its brief, it utterly engages the senses.

'The plan is simple. It’s a consulting hospital for people in the most difficult of circumstances. The layout is direct, it accommodates the well-proportioned shared and private spaces that are all discretely observed from the upper office level from which the team organise and run the building. The frame is beautifully crafted. A precisely engineered wooden structure - planed to perfection - repeats with a reassuring rhythm and with an utterly defined delicacy. The light is lovely. It is just everywhere – calm, delightful and just right.

'It is a building that is optimistic, confident and reassuring. It perfectly represents the values behind its originators. It provides a place for its staff to operate at the best of their capacity. It is beautifully made with so many elements ranging from bespoke furniture to special windows - all individually crafted. But, above all this is a work of architecture that fulfills every aspect of what it has been asked to do. It was a privilege to visit, and a joy to have seen.' 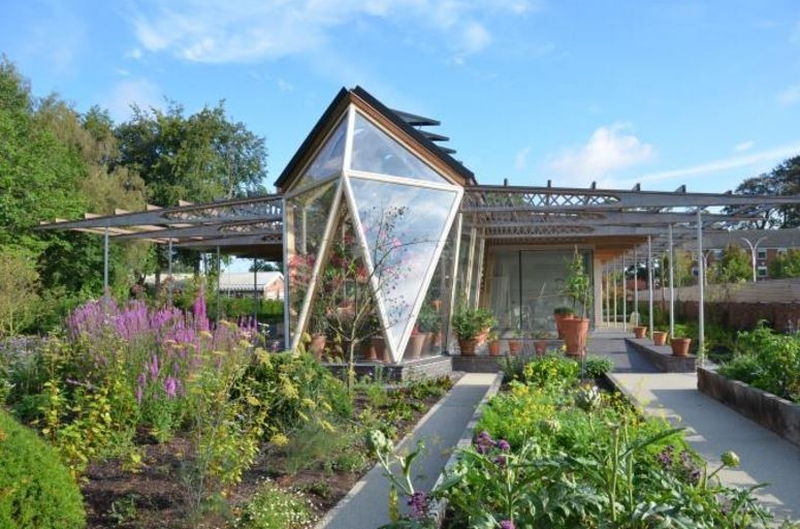 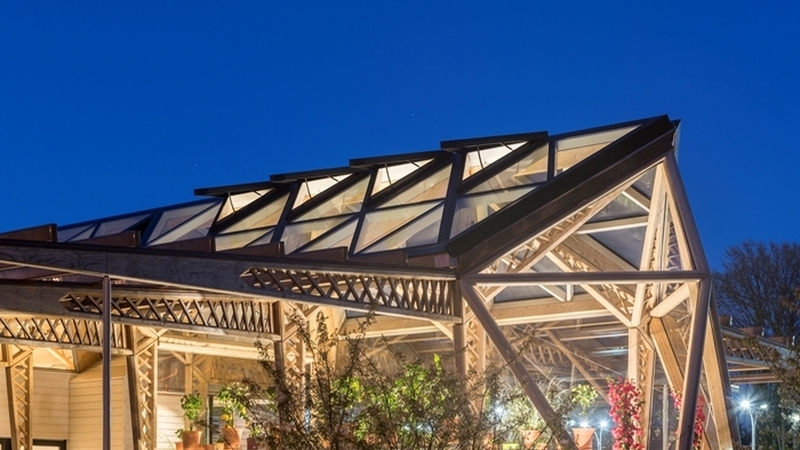 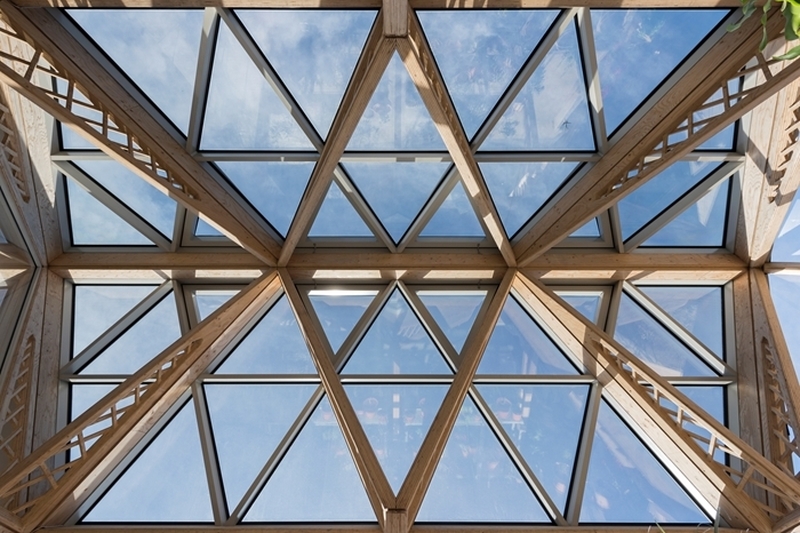 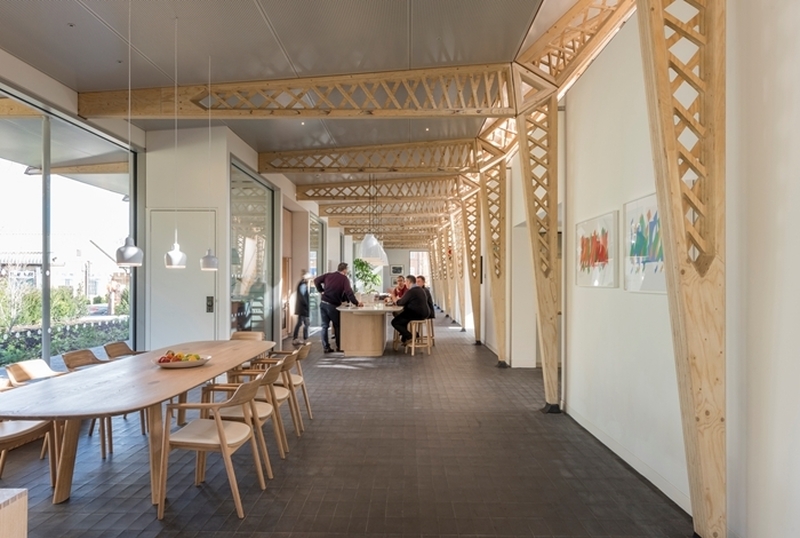 The winner of the Sterling Prize shall be announced in October.