DESPITE the fact that Wings has been around for years, I’d never been, so I had a peek at their website before our visit to get up to speed. The ‘latest news’ section was last updated in 2005, with a report on some long-transferred footballer’s wife holding a charity event there. The prices advertised also need updating, as there turned out to be a ten year discrepancy between those online and in reality.

Despite some pretentions, Wings is otherwise reassuringly average

Their dress code states ‘we kindly request for smart dress at all times (i.e. no trainers, sandals, shorts, or casual sportswear.)’ I reckon that if the whole sweaty Man City team pulled up in their designer trackie bottoms straight after training, they’d still be most welcome. I suspect that what they really mean is ‘no riff raff’, or rather, ‘no riff raff without a high five or six figure annual income’.

I’m no expert in feng shui, the ancient Chinese method of creating a balance of space to enhance one’s environment, but Wings don’t seem to be either. Wider than necessary central pillars and high-backed booths block diners from rubber necking other diners and blinds across the front windows prevent anyone looking out towards Lincoln Square, or inwards. Basically, this place is paparazzi proof.

The walls of the slightly outdated but elegant dining room are lined with plates signed by celebrity diners. Well I say ‘celebrity’, but really, as far as I could see, there’s some scrawl from a lot of footballers, lots of people I have never heard of, plus randoms such as Kelly Brook, Barry Manilow, Tulisa and ‘The Cast of Glee’.

Tablecloths and napkins are linen, the round leather dining chairs are blissfully comfortable and even my cheap handbag was elevated in status by being given its own pouf. Two generous baskets of prawn crackers and fried wonton skins with three dipping sauces, varying in degrees of sweetness, awaited our table of four and never appeared on the bill.

The extensive wine list caters for all budgets, with a wide range of decent, affordable bottles costing between £20 and £30. Every white-gloved member of Wings staff was faultlessly excellent from greeting to goodbye. Despite what they might have thought, they remained politely inscrutable in the face of our request for tap water. I suspect they’d react the exact same way if we’d have ordered the eye-watering 1979 Chateau Petrus at £2350.

Despite some pretentions, Wings is otherwise reassuringly average. The standard menu contains few surprises. We started with an unremarkable Dim Sum platter of four assorted steamed dumplings which came with fried seaweed and sweet pickled vegetables (£8.90). When I asked if the pickles were homemade, the waitress replied that they were with an expression so neutral it wouldn’t have even registered on the most sophisticated polygraph test.

Crispy Salt and Pepper Squid (£9.90) was topped with a generous garnish of lightly fried onions, red chilli and garlic so good we wondered which component really was playing the supporting role. Crab and Sweetcorn Soup (£5.90) contained nuggets of real crab rather than crab sticks and my daughter declared it ‘gloopy, but in a good way’. Not much response from my husband in regard to his Peking Hot & Sour Soup (£5.90) despite the fact that he’s been steadily testing every version in Manchester for years. I suspect it’s been placed somewhere midway in the league.

Efforts for food presentation were minimal with our mostly un-photogenic main courses being garnished by a token carrot flower and a sprig of curly parsley. Gloopy Claypot Chicken Curry was unsophisticated and indiscernible from regular chip shop chicken curry; which isn’t necessarily a bad thing until you realise you’ve been charged £13.90 for it. Beef with Chilli and Garlic (£13.90) was so heavy with cornflour thickening they should have name-checked it on the menu as a primary ingredient. Sizzling King Prawns with Ginger, Spring Onions and Garlic (£16.90, main image) made a dramatic entrance but we struggled to elevate it past ‘very nice’. Not sure why Plain Noodles and Beansprouts (£6.50) were almost twice the price of Fried Rice (£3.90) but now I’ve already used the words ‘average’ and ‘unremarkable’ I’m running out of adjectives.

Beef with Chilli and Garlic

What took me by surprise was the overwhelmingly positive response from people when I told them where I’d been. There seems to be a lot of love out there for Wings for one reason or another. It seems that this place has been the venue for many a good time. The restaurant is comfortable but slightly formal, they try and spoil you a bit but the food remains nostalgically basic. Wing’s must be the Chinese restaurant equivalent of an old favourite pair of slippers that you paid slightly over the odds for.

PLEASE NOTE: All scored reviews are unannounced, impartial, paid for by Confidential and completely independent of any commerical relationship. Venues are rated against the best examples of their type: 1-5 saw your leg off and eat it, 6-10 stay in with Netflix, 11-12 if you're passing, 13-14 just fine, 15-16 very good, 17-18 excellent, 19-20 pure quality.

'Unpretentious and as fresh as a daisy' - Pho Cue, Chinatown, reviewed

'Unpretentious and as fresh as a daisy' - Pho Cue, Chinatown, reviewed
● / News & Comment

Small plates, big changes for some of your favourite restaurants
● / Cafes 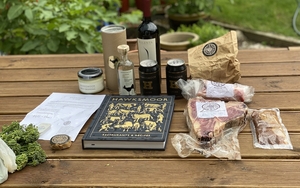 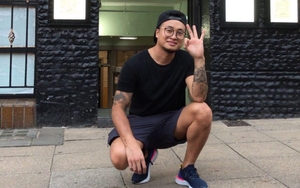