YOU don't expect many restaurants to host 100 diners at 12.30pm on a Tuesday. Especially when the exterior of the restaurant looks like a run-down DIY shed in a soulless blank of a location on a bland arterial route. Tai Pan at lunchtime was buzzing, packed and noisy.

The restaurant was packed. Almost 20 years later it still is. Tai Pan is generationally successful

You could understand why. The food was very good. Two dishes, one cold and one not, from the Sichuan pig menu were wonderful; spicy mixes that, together with the boiled rice, filled me up so much I couldn't finish them.

The cold dish (£6.50) was made up of very thin strips of marinaded pork over bean shoots with long sliced cucumber underpinned by a gorgeous hot sauce. It was absolutely superb and worked well with the boiled rice. Even better was the bean curd, pork mince (£9.50) again in a rip-roaringly spicy sauce. The bean curd was appealingly soft and the mince was piggy, but refined too, and again worked with the rice as though they'd been in training together and knew each other's moves. That perfect rice should be mentioned in despatches for its slightly sticky character that helped bolster the meat and sauce.

An earlier collection of dim sum, seaweed, har gau dumplings, shui mai dumplings, deep fried prawn ball, won ton and spring roll at £7.50 a person was good but not quite as distinctive as the Sichuan items. The dumplings were still very effective, though: light, sticky and packed with flavour.

The menu at Tai Pan is massive. I'll be back to eat more and next time maybe have the guts to munch the guts and get to the heart of the matter with the ox heart and ox tripe dish. Or perhaps I'll stick my neck out and grab some ostrich. The endless array of fish looks promising, too. The restaurant sits above a supermarket and it's as though every ingredient they have down there is used up here. 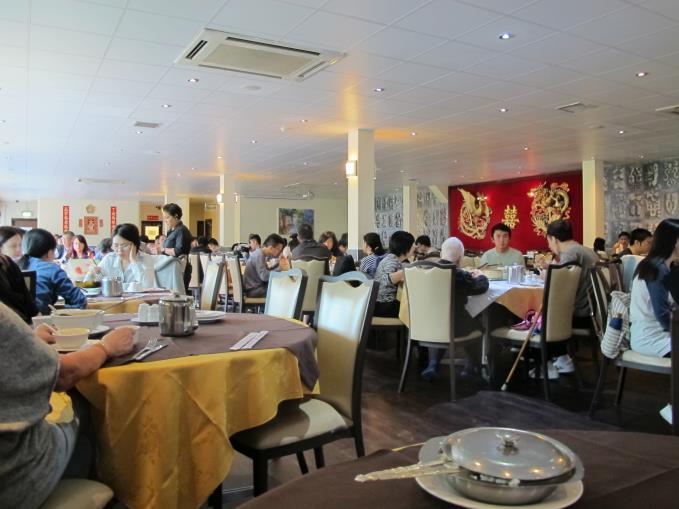 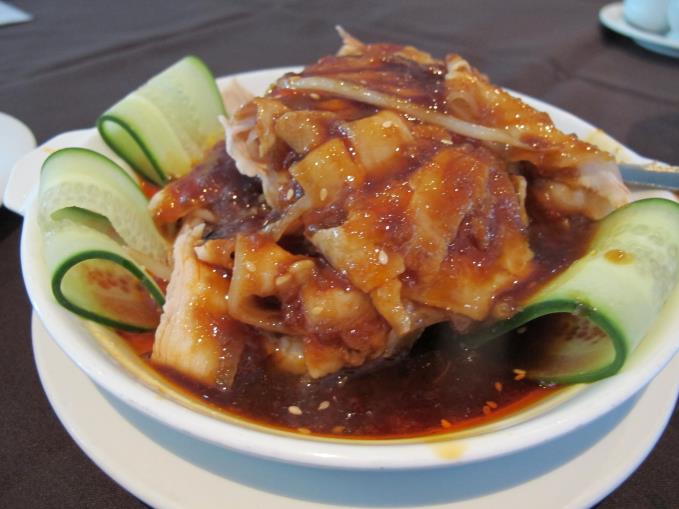 The service is brisk in that very Chinese way, as though the whole operation and experience, including the diner's, is part of a time and motion study. "You sit here, please." "You want water or you want beer?" "What do you want to eat?" "Here's the food." "You finished?" "You finished now?" "Here's the bill." The room is similarly efficient, with everything arranged to suit feng shui; including the careful positioning of the fish tanks.

As I was leaving, more Chinese customers - who accounted for 80% of the restaurant's clientele - were arriving. They were made to wait on the soft seating and, on their number being called, taken to a table. I'd watched all this in a sort of daze as I sipped my Stella, beguiled by the metronomic nature of entrance and exit.

The first time I ever visited Tai Pan was sometime in the late nineties, when a Salford professor invited me to lunch with a complete rhythm section; Andy Rourke, previously the bassist of the Smiths, and Gary Whelan, former drummer of Happy Mondays. The idea was to get together, sort out Manchester Music Tours and make a fortune. Nothing came of it apart from it being a very jolly lunch.

I fear I stared a little too hard at Andy Rourke, who looked like he'd just returned with the Beatles from visiting the Maharishi Mahesh Yogi in India in 1968: he was a very convincing hippy and very different from the short-haired chap I'd seen live performing on the Queen is Dead tour in 1986.

The only other thing I really recall from the meal was that the restaurant was packed. Almost twenty years later it still is. If nothing else, Tai Pan Manchester is generationally successful.

PLEASE NOTE: All scored reviews are unannounced, impartial, paid for by Confidential and completely independent of any commercial relationship. Venues are rated against the best examples of their type: 1-5 saw your leg off and eat it, 6-10 stay in with Netflix, 11-12 if you're passing, 13-14 good, 15-16 very good, 17-18 excellent, 19-20 pure quality