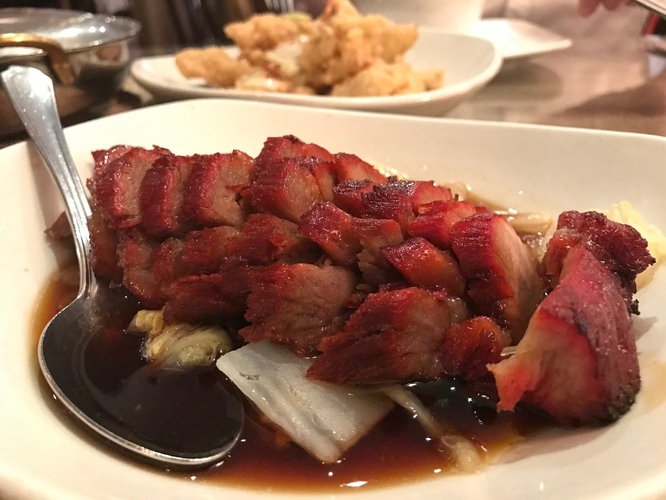 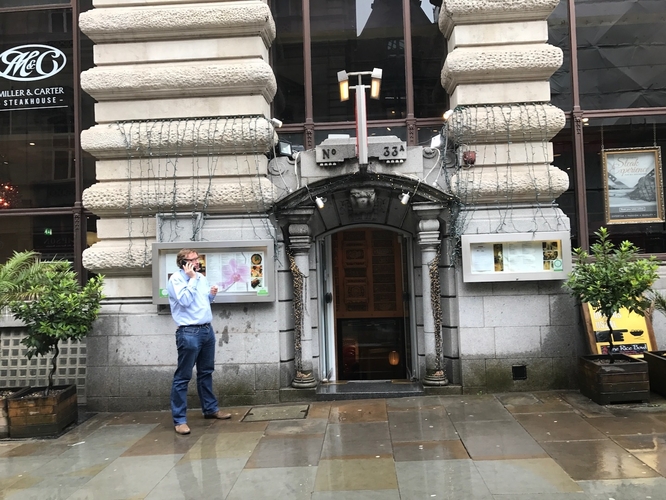 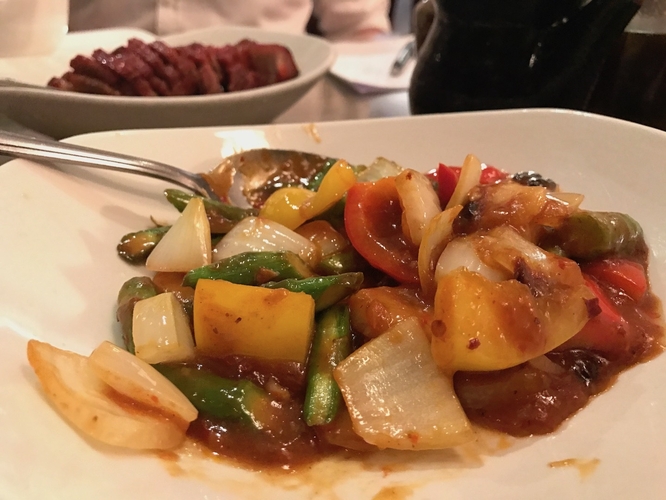 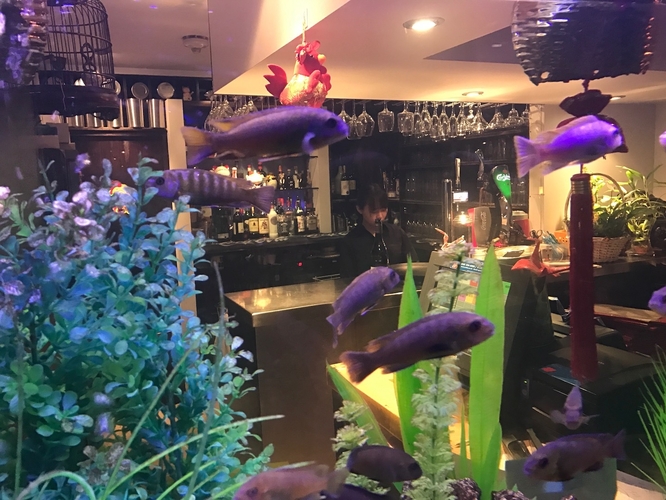 The Rice Bowl on Cross Street is a veteran. It’s the longest continuously running restaurant in the city owned by one family. It was opened in 1960 by Wing Lau who was fleeing the excesses of the Cultural Revolution in China. I know this through extensive research in libraries and archives, of course, but chiefly, in fact exclusively, from reading it on the ‘Our Story’ section of their website.

Wing Lau was clearly a survivor. So is the Rice Bowl, having survived the excesses of the much delayed tram workings on Cross Street where it spent months fenced off. It was placed behind the Metrolink barricades for so long I was a little disappointed to find no Chicken Char Sui Heras Fence Style.

The interior is spick and span, lots of pleasant water features, fish and Chinese knick-knacks. On a late lunch on a Tuesday it was fairly busy with an older British clientele. They looked like they were regulars. The location of the Rice Bowl is interesting, a distance away from Chinatown and closer to the traditional retail core of the city centre.

This is reflected not only in the customer base but also on the menu. Racy it is not. Indeed it could come direct from an upmarket take-away. The food tastes better than that but this is comfort food aimed squarely at a non-Chinese audience.

The basket of steamed dim sum, a sharing starter of £10.95, was ok. The best of this assortment of  dumplings being the beef, ginger and spring onion and the shitake mushroom. The two ‘sushi rolls’ were poor and should be ditched from the assortment.

Mains of traditional clay oven pork Cantonese style (£10.95, pictured top) and tempura squid with chilli spices and roasted sea salt (£10.95) were better, with the pork the best of all. This had good edge to it, looked attractive and was very piggy. It struck me that I’d not had pork for yonks and I really enjoyed this dish, but that doesn’t mean it was anything out of the ordinary. The spicy tempura squid was dryish but not dislikeable. The rice (£2.80) was good too but another side of mixed veg (£4.95) was claggy with monosodium glutamate and unpleasant.

The service, though, was very pleasant and attentive, indeed the whole experience was just fine. For those who want adventure with Chinese restaurants, menus and flavours then the Rice Bowl won’t be for you. For people who want a safe chow down in a handsome space, maybe a quick lunch, then this will do. It's certainly better than many of the dreary chains nearby. I’m happy that this survivor has survived through 57 years, respect has to be given to any restaurant that sticks around longer than ten years, let alone half a century.