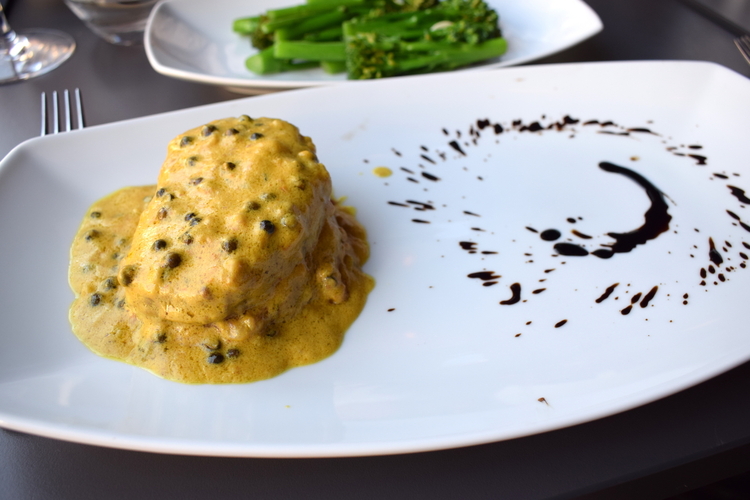 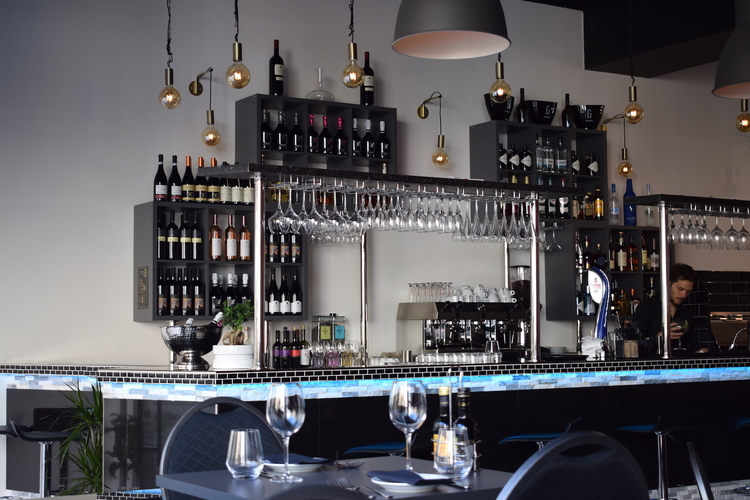 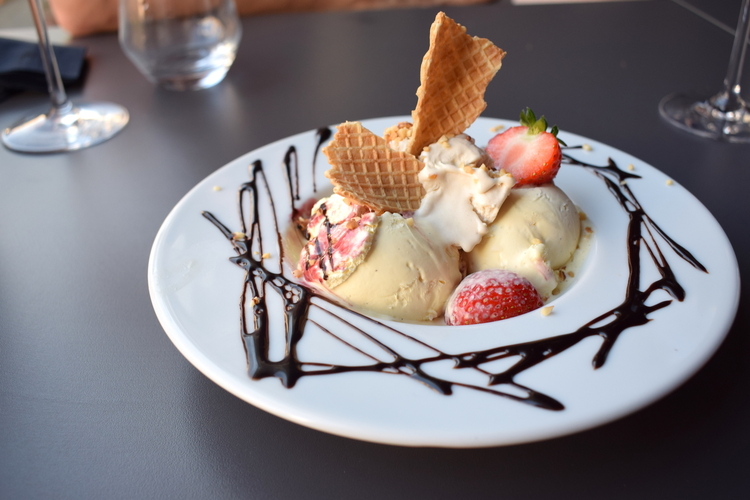 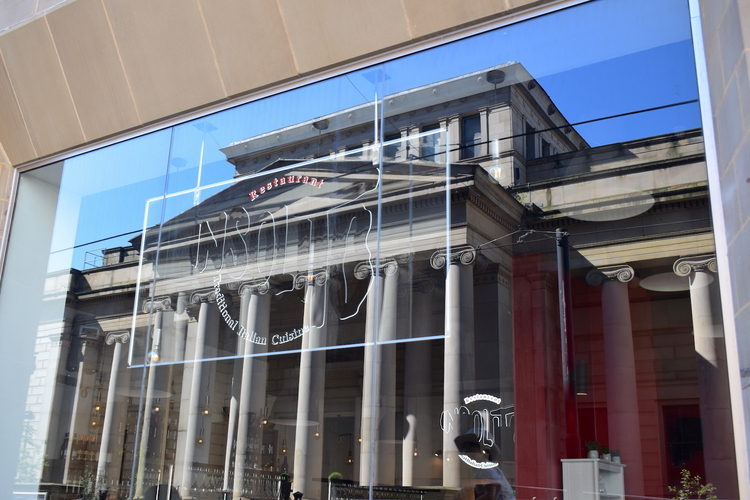 On the hottest day of the year so far, it was my good fortune to try out Insolito - one of Manchester’s newest openings and purveyors or aperitivo and Sicilian influenced cuisine.

It is located on Mosley Street, a thoroughfare not yet known for its restaurants, just opposite Manchester Art Gallery (which does make a lovely view if you happen to have a window seat), where former Aumbry chef Mary-Ellen McTague has just taken hold of the cafe and done a decent job by all accounts.

Insolito translates as 'out of the ordinary' or 'unique', not to be confused with the nearby Solita mini-chain which is very much in the burgers/nachos/pulled-what-have-you bracket. Insolito is classically Italian (insofar as a strongly regional cuisine can ever be called such) and has no time for casual this, dirty that and things served in baskets with a side of kitchen roll. Just like a loved-up couple out on La Passeggiata, each dish is presented to its best advantage and accessorised just so.

Similarly, the interior makes no concessions to the current trend for hominess or eclecticism. It is interested purely in glamour, with lashings of marble and glass and tones of dark red and grey. The overall tone was set by a portrait of what appeared to be a young Nancy Dell’Olio, which style-wise at least, is very much this restaurant’s spirit animal.

Without trying to harp on about the Italianness of it all just consider this last point: on the hottest day of the year (I’m sure all the plate glass windows were not helping matters), we English customers were sweating out previously imbibed pints of shandy dressed in t-shirts and cut-offs, while the Italian manager was looking cool and dapper in a slim-cut suit. Sartorially at least, some national stereotypes are still going strong.

We kicked of with a selection of Sicilian cicchetti (£8), a tasty selection of parmigiana, peperonata and caponata. Extra points were awarded as the first thing our server said was ‘you’ll need more bread’ before dashing off to fetch some. Starters ready for scooping but served with tiny slivers of bread are, frankly, unforgivable.

I had the penne norma (£7.75) as my primi piatti (first plate) which ticked all the boxes of a good, simple Italian dish with just tomatoes, aubergines, pasta and a flourish of cheese. But here’s the trick: instead of little curls of parmesan or globs of mozzarella, it was topped with ricotta salata, and fresh, nutty, creamy whey-based cheese. Pasta might be just one element of a proper Italian meal, but a bowl of this stuff only would make for a fine lunch.

For secondi we opted for the agnello di crosta di pistaccio (lamb in a pistachio crust, £16) and the filetto al pepe verde (fillet steak in green pepper sauce, £23). The pistachio crust worked well but couldn’t disguise the fact that the lamb was cooked through instead of pink as requested. The steak, however, was cooked perfectly and the green pepper sauce, a classic accompaniment for steak in any language, was given the international thumbs up. The only quibble from across the table being that all the sauce made it impossible to 'admire my meat' - which is a masculine proclivity too far for me.

We accompanied our secondi with a steadfast rocket salad and some extra broccoletti, as well as a lovely bottle of Cannonau di Sardegna (£36.75) - a variety of Grenache as recommended by the manager, who proved to be a natty suit who knew his stuff.

My most unreserved recommendation though goes to the ice-cream (£5.50 for four scoops): hazelnut, cherry and vanilla. The hazelnut was rich and soothing, punctuated only by little shards of sugary brittle, while the cherry flavour concealed little bombs of that sweet-sour fruit for a refreshingly grown-up treat. The vanilla, was, well vanilla, in all that word implies. They were selling cones to passers by for £1.50 a pop – a real bargain.

My only concern for Insolito is that it is, as its name implies, standing away from the crowd, perhaps out on its own too much. Despite its glamourpuss ethos, I’m not sure it will be enough to tempt the fashion-led customer base of San Carlo or Rosso to this particular location, plonked next to a Greggs. Equally it’s not self-consciously scruffy enough for patrons of the Northern Quarter burger joints.

I do hope it succeeds though, if just for its independence of spirit and refusal to be anything other than itself. And if I have to help out by eating my own weight in ice-cream, then so be it.