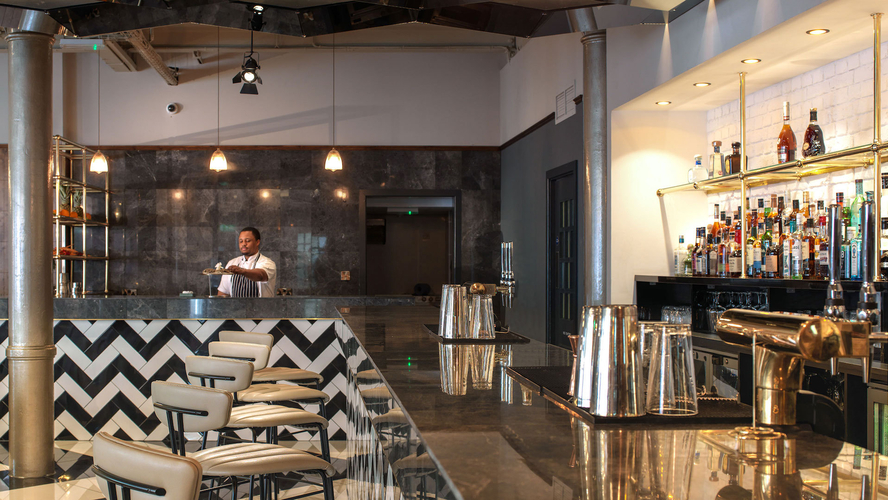 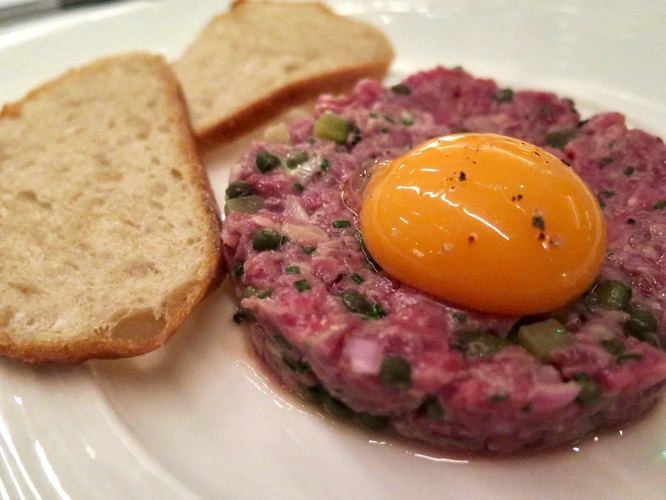 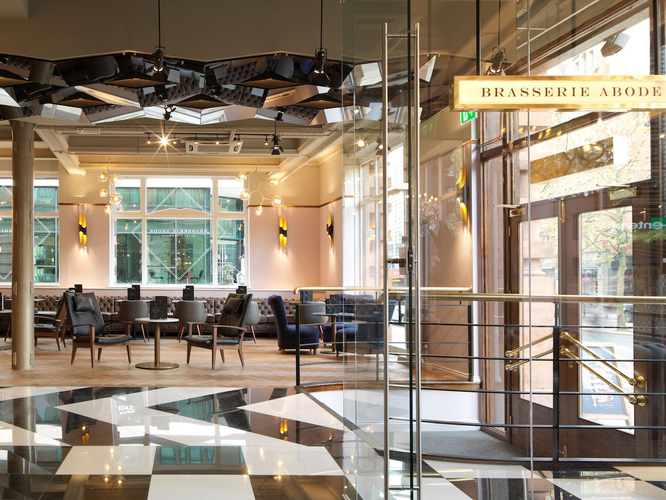 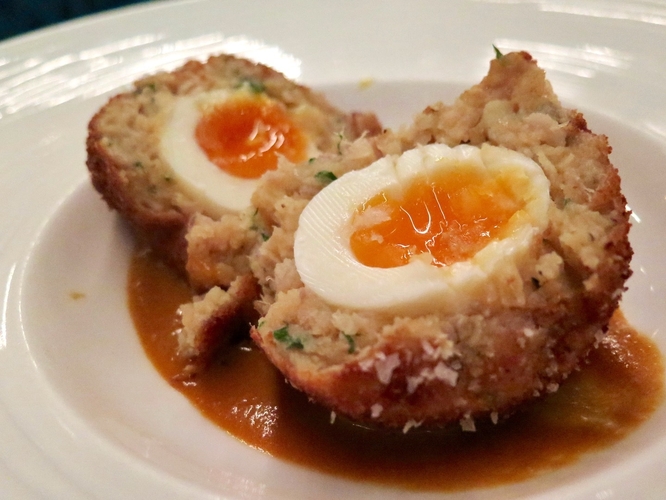 The hotel and restaurant might have been tidied up, but Ruth Allan can’t see this becoming a destination again any time soon

A number of changes have taken place at Piccadilly’s Abode hotel over the last couple of years. Most dramatic, perhaps, was the departure of group co-founder and Michelin-star chef, Michael Caines, who cut ties with the hotel group in late 2015 to focus on his personal ambitions, such as having a hand in Confidential favourite, Pale Hall.

The Charles Heathcote-designed exterior remains a majestic, Edwardian Grade II-listed landmark, yet it feels slightly more spacious inside. The changes are modest but there’s a new entrance to the restaurant, directly off the revamped bar, and the vibe is modern-historic in the vein of the Refuge at the Principle - minus the cool factor. There were about ten people spread over the bar and restaurant on a Friday night, but I guess it’s early days.

Following the launch of the ‘Brasserie Abode’ concept in April 2017, food and drink is new all over again too. The main change is simplicity: foams and emulsions have been replaced with classic French and English recipes with a hint of New York decadence. Think Hawksmoor or Randall and Aubin, with the same dishes served in both restaurant and bar.

Manchester’s Brasserie Abode is the first restaurant of its kind for the hotel group and the powers that be (such as owner Andrew Brownsword who, incidentally, made his millions from the gift and card range, Forever Friends) are testing it out, with a view to rolling it out across the chain. A second site has just launched in Chester, and the menu has been overseen by food and beverage head honcho, Alan Swinson.

The best things we try are the crumbly-rich black pudding balls (£4) with a smooth piccalilli (might try this at home), a balanced steak tartare (£10 – I love the mirrorball yolk) and lamb chops (£19). The website hints at ‘generous’ portions. This is no lie. Three chops come piled on a buttery, green bean mountain, let down only by the fact that the beans still have their tails.

Less brilliant moments are the brown crab toasts (£3). I have no idea what this dish is supposed to be. I can’t detect any crab or, indeed, flavour in the mustard-yellow goop at any rate. Likewise, the soggy smoked haddock ‘scotch egg (£8) sounds promising, but comes across like a Turkish bath on men’s day.

The worst offender is the lobster spaghetti (£18). Again, this is really big: you could feed six kids with this fishy bolognese. Unfortunately, it’s stuck together with crab bisque, and quite unappetising. I wonder if other corners of the menu – such as the ‘plats du jour’ – are more rewarding.

Hawksmoor-style sides include buttered spinach, red cabbage merrily spiced with whole star anise (this is good – both £3), and a whole plate (rather than a side order) of truffled cauliflower macaroni (£12). It all sounds okay - but I’d rather go to Hawksmoor, if only for the atmosphere.

This is an issue. As the surrounding Piccadilly area has blossomed with places like Shoryu Ramen and Bundobust, Brasserie Abode feels left behind. The service is weird too. Staff don’t seem to know what’s going on and, as the night progresses, ignore us completely despite the fact that we’re pretty much the only people drinking or dining on a Friday night.

Dessert doesn’t reward the wait. Sherry trifle (a little too firm on the jelly front, but other elements, such as crème anglais, are ok) and a ‘chocolat liegeois’ (both £7) are almost identical in the looks department. Topped with pointy cream spires and coloured dust, they remind me of snowglobes, or the Stay Puft man at the end of Ghostbusters. If I had to choose, the chocolate has the edge on the trifle; I’d definitely share one between two though.

Mid-range wines include Gruner Veltliner, an Alsace Riesling, and some intriguing options such as a South Australian Nero D’Avola and Greek red from Gaia Wines – I’d like to try both these reds. However, the Terroir Saint Chinian (£34) from Gerard Bertrand is muscular enough to cope with the garlic, lamb, black pudding and chocolate.

Would I go back? Probably not. The basic design elements remain the same today as when Abode was the Alias Rossetti hotel: upmarket, Mancunian industrial chic. Yet the sense of possibility, hope, and vibrancy that this hotel used to embody in the early 2000s seems lacking now. It’s true that the hotel and restaurant have been tidied up and modernised, but I can’t see Brasserie Abode becoming a destination again any time soon.