Also, a new boss for Salford, another Wakefield wonder and new buildings for MediaCityUK

MANCHESTER property - It's all systems go for the restoration of one of the country's finest Victorian buildings while a simple comparison of tall buildings in cities outside London reveals Manchester is way ahead in building itself up.

It’s one of the most spectacular civic buildings in the country and will become a huge asset for Greater Manchester in 2023. That is the date when the 149 year old Rochdale Town Hall will reopen to the public after restoration. Following on from the award last week of an £8.3m grant from The National Heritage Lottery Fund, the Grade 1 listed masterpiece will be shine again.

Outstanding examples of Victorian art such as the Magna Carta mural in the Great Hall (main picture) plus the rich décor in the Mayor’s Parlour will be restored and many hidden and abandoned parts of the building restored to public use, while other areas will be opened up for gatherings of whatever nature.

David Renwick, Director, England, North at The National Lottery Heritage Fund, said: “Rochdale Town Hall is one of the country’s finest examples, and we've been impressed by plans to use the building as a hub for engaging diverse audiences and celebrating the fascinating heritage of the town”

Along with the restoration the ‘area around the town hall will also be redeveloped as part of the project, through the creation of a brand new public square which can be used for events and as an open area for visitors and residents to relax’.

The Town Hall restoration is an essential element in the town centre’s £400m redevelopment. It will give Rochdale a national landmark when completed.

Manchester’s stands head and shoulders over other provincial cities

Travelling up the M1 the other day I glimpsed Nottingham and it seemed to have physically a low profile. So I did a search of UK cities outside The Smoke and here’s the league tally of the number over 250ft (76m) built or under construction. Not sure what this proves but the difference between Manchester/Salford and the rest is startling. Many of the tall structures in the other towns are Victorian or post-war as well, most of Manchester's are from the last 15 years.

Manchester 28 (Deansgate Square, South Tower, is by far the tallest building outside London at 659ft, 201m)

Salford gets a new chief executive

It’s good of Wakefield to keep sending them over. First Joanne Roney journeyed over the Pennines to become Manchester City Council’s chief executive and now Wakefield’s director of regeneration, Tom Stannard, is to become Salford City Council’s top civil servant. He will replace the outgoing Jim Taylor who is retiring to spend more time with the family. Stannard has a huge amount of experience working with councils in Oldham, Blackburn and Hounslow as well as his time in Wakefield.

The chartered surveyor, who sits on the board of the UK Institute of Economic Development and the Centre for Local Economic Strategies and is feeling very Star Trek about his appointment, saying: : “I’m energised at the opportunity to return to Greater Manchester and join one of the most progressive and high-achieving city councils in the country. I have been impressed with the council’s community-focused culture, and I’m looking forward to supporting communities in the city to fight through the Covid-19 pandemic.” Energised. Excellent. Very enterprising.

Sheppard Robson have designed two tall apartment blocks at MediaCityUK. These are for Glenbrook who are working on behalf of Clarion Housing Group’s, Latimer development arm. The building game can be very complicated. Construction is under way next to the Booth's store. There will be 280 apartments for sale in two buildings across 231,000sq ft. A 100 of the flats will be for shared ownership. These aren’t the tallest new Manchester and Salford buildings being 14 and 17 storeys respectively but they will make their presence felt out at the Quays, although there is nothing that really sets them apart in design terms. 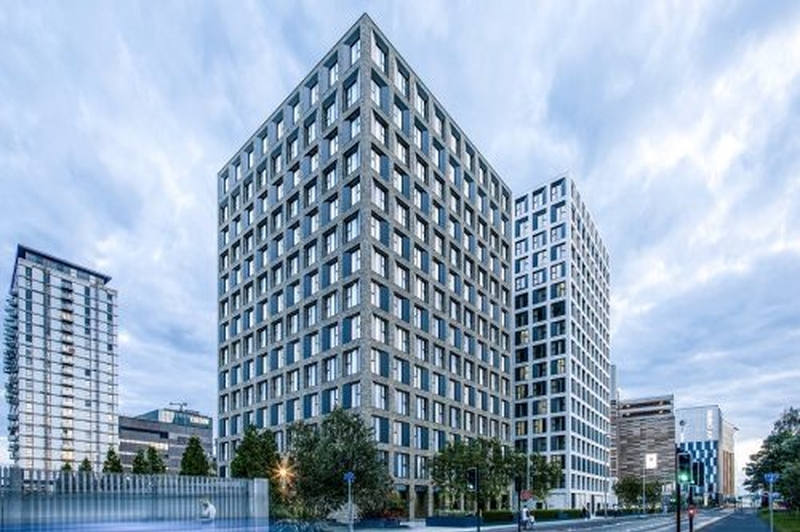 It’s the best boozer close to Victoria Station but sadly it’s going to have to relocate. The ale and beer specialist in Sadler’s Yard is in the way of a glass extension to the Old Bank Building in the Noma area of the former Cooperative properties. The extension will be a good-looking sheer glass wall which if nothing else will provide a fine mirror to the handsome architecture that surrounds Sadler’s Yard square.

The architects are Sheppard Robson as with the MediaCityUK development above. They seem as busy as Wakefield City Councils recruitment department, see the second story on this page. The extension will mask the ugly ragged rear of the Old Bank Building left after a previous structure was demolished. The extension will be seven storeys high delivering 152,000 sq ft of offices. The ground floor facing Sadler’s Yard square is intended to provide retail and co-working space.

Confidential suggests it also hosts a bar or restaurant, if it doesn’t then a lively square in the old days pre-Covid when Pilcrow was busy will decline into a skateboarders’ amusement park. We wish the Pilcrow the best of luck in finding an alternative site.