'It's all about the pull' - Northern Soul, Tib Street reviewed

The intersection where international celebrity meets Manchester’s food scene fascinates me. Like the time Beyonce ordered over £1,000 worth of meat from Frost's Butcher, or Justin Bieber pulled up his tour bus outside Northern Soul and ordered a hundred grilled cheese sandwiches (presumably not all for himself). What next, Lizzo getting a jacket potato at Essy’s? Lady Gaga dropping into the Briton’s for a swift half?

Though modern-day pop stars approve, Northern Soul, purveyor of grilled cheese sandwiches, harks back to an earlier era, stylistically at least. The new outpost on Tib Street, complete with Ben-Day image of wide-eyed Northern soul dancers taking up one whole wall, to the spatula version of the famous fist logo (and of course a pumping soundtrack) show that they are committed to their theme.

You will probably know them from their Church Street stall, which a friend described as 'a bit Blade Runner’, by which he meant you are often eating looking morosely at the rain, contemplating your own humanity (or lack of it). This has its charms of course, but for the new Tib Street venue they’ve gone for such traditional options as table service and glass in the window frames, and very nice it is too, churning out minor variations on the grilled cheese sandwiches for hungry Mancunians and famous types alike.

According to the Northern Soulsters, the perfect grilled cheese is all about the ‘pull’; that long, slow, sexy thing melted cheese does as it separates, like lovers clinging together in a last desperate embrace. If you think that’s a bit over the top, next time you run out of sweet nothings try whispering ‘we are just two halves of the same toastie’ in your partner’s ear. That’s pure romance right there.

I’ve used ‘toastie’ and ‘grilled cheese sandwich’ interchangeably here but of course this is a whole different beast to your after-school Breville-based snack (big fan of those as well). For the basic ‘Soul’ grilled cheese sandwich (£4.90) you take thick white bread, butter, combination of mozzarella and cheddar balanced for flavour and meltiness, and, contrary to the name, fry for a few minutes to produce a heavenly, if unhealthy, treat. It takes a lot of guts to base a whole franchise around something so simple but damn it works.

Of course, there has to be more to it than that, and the menu features lots of tweaks on the theme – usually with supporting appearances from pulled pork or that other great carb-and-fromage combo, mac n’ cheese. In this spirit we tried out the Frazzler, (£6.40) which comes studded with Frazzle crisps, chicken, smoked bacon and sriracha mayo. Over all tasty and satisifying, the only slight disappointment was that the texture of the Frazzles, a great crisp classic, were lost in the viscous embrace of melted cheese.

A second sandwich, the Hawaii 5 0 (£5.90) also played with the pork theme as it featured layers of ham, but was lifted by the sweet-sour fizz of fresh pineapple salsa. Yes it may be controversial (ham and pineapple is considered one of the most cursed forms of pizza) but it actually works much better in sandwich form. Northern Soul does serve alcoholic drinks but an Oreo milkshake (£5) seemed like the most appropriate chaser here.

I was tempted back on a Sunday to try the ‘Roast on Toast’ (£9.95), a roast dinner based around... a grilled cheese sandwich. I have to admit this was mainly out of professional curiosity rather than innate desire, but as one colleague had described the Christmas sandwich as ‘life-changing’ I thought maybe Northern Soul had discovered a bit of a Holy Grail here too.

The Roast on Toast arrived in campily dramatic fashion speared on a steak knife. It felt a bit Great British Menu meets Cluedo. After wresting the knife from the corpse, sorry, sandwich, I discovered a stack consisting of a classic grilled cheese stuffed with slices of roast beef and red onion chutney, a cloud-like Yorkshire pud filled with small cubes of roast potatoes, a circle of porky stuffing and a jug of gravy on the side.

As I hunkered down to it, two Russian chaps at the next table suddenly burst into laughter. I did get a surge of food paranoia that they were amused by the crazy English cuisine. But then I remembered Russians eat meat jelly and raw fatty bacon on the regular, so probably aren't fazed by anything. Still, it spoke to the sense that there was something a bit uncanny about the Roast on Toast, even though the sandwich constituents in the form of cauliflower cheese and bread sauce are not complete strangers to the classic English roast.

There may well be a parallel universe where a grilled cheese sandwich has always been part of the roast dinner, where people proudly display pictures of their, meat, two veg and toastie on social media and argue on Facebook groups over which cheese is correct with which meat and ideal melting times. Who knows?

In this universe the Roast on Toast is a thought-provoking curiosity (and quite a good value one too), and thumbs up to the nicely pink beef layered inside the sandwich, but I’m still not sure which side of the fence I come down on quite yet. If you’re a collector of interesting Sunday lunches, try it out (the gravy soaking into the bread is definitely a thing) but the rest of us, Bieber included, might want to hang fire for that Christmas sandwich. 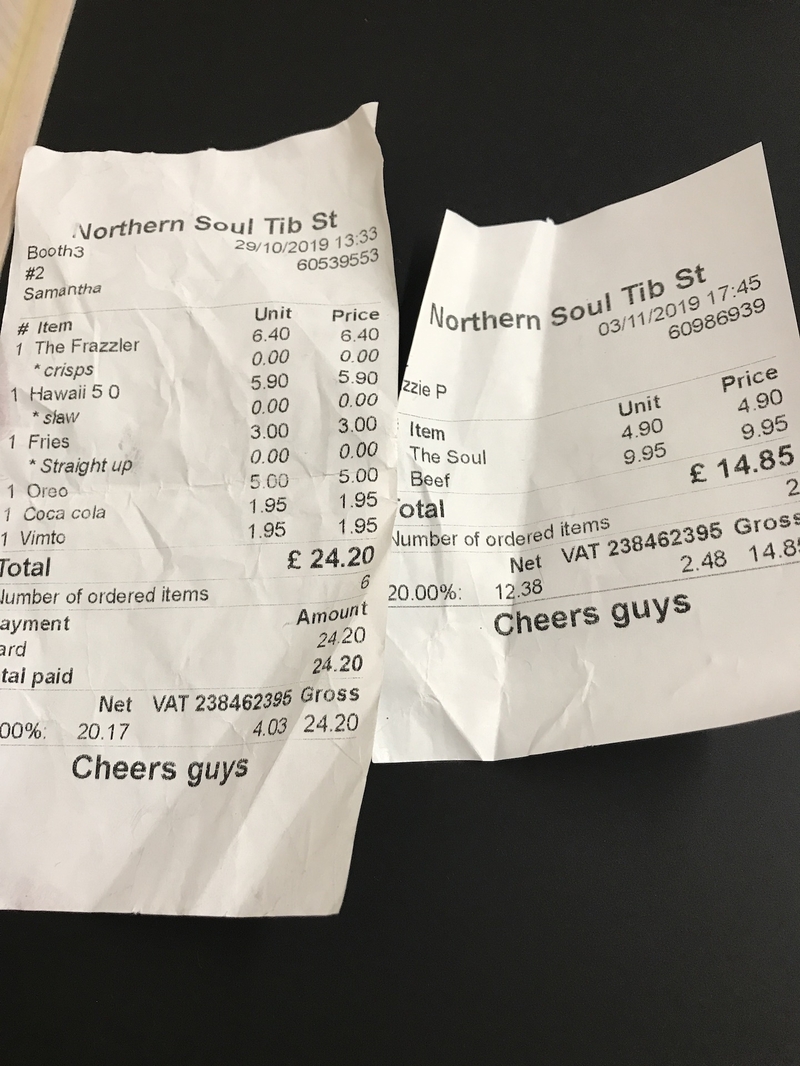 'I do like a runny egg': Mule, Ancoats, reviewed
What you say
Read Next
● / New Openings 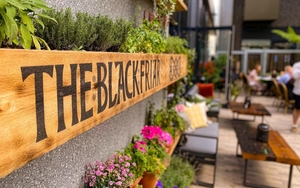